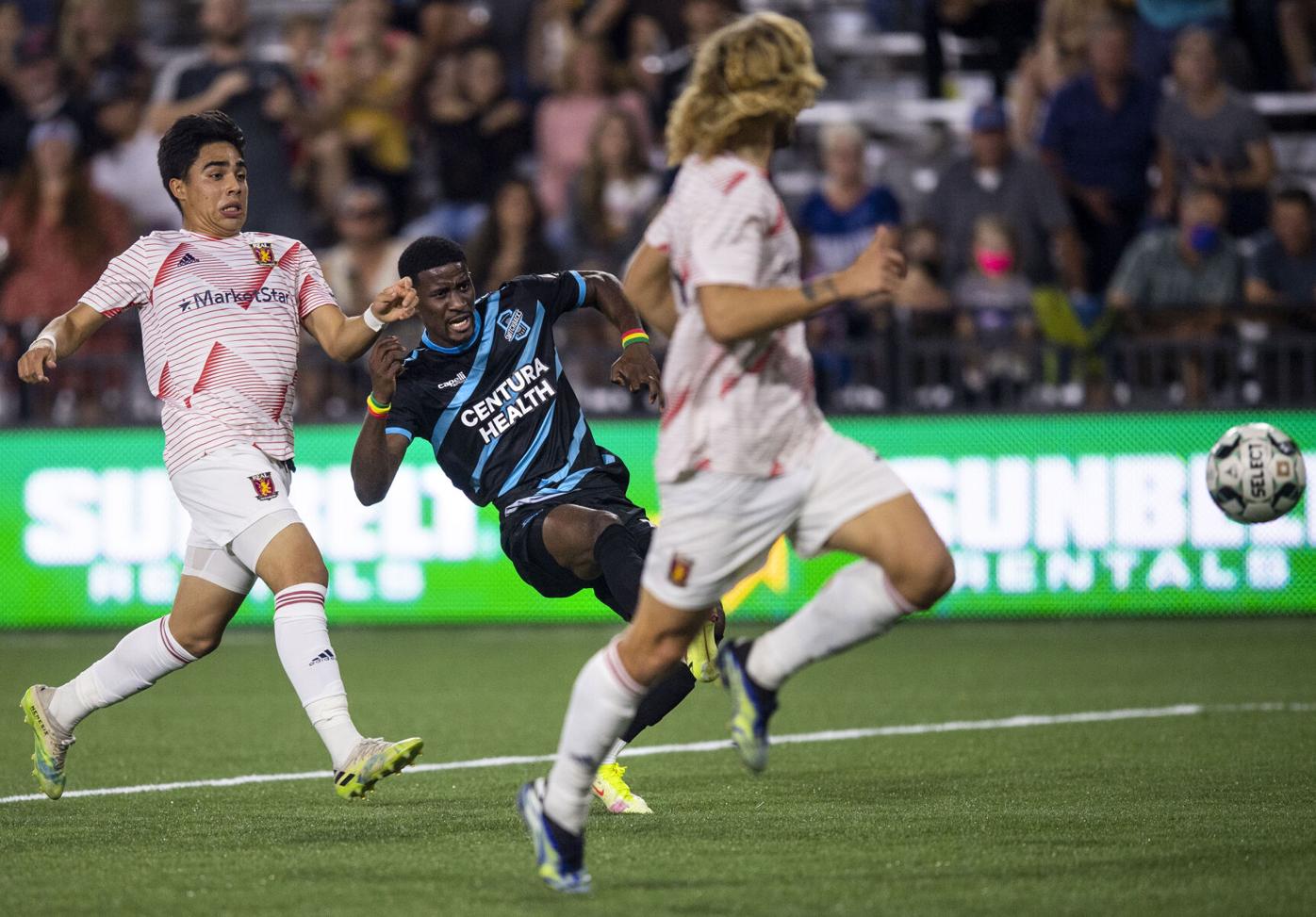 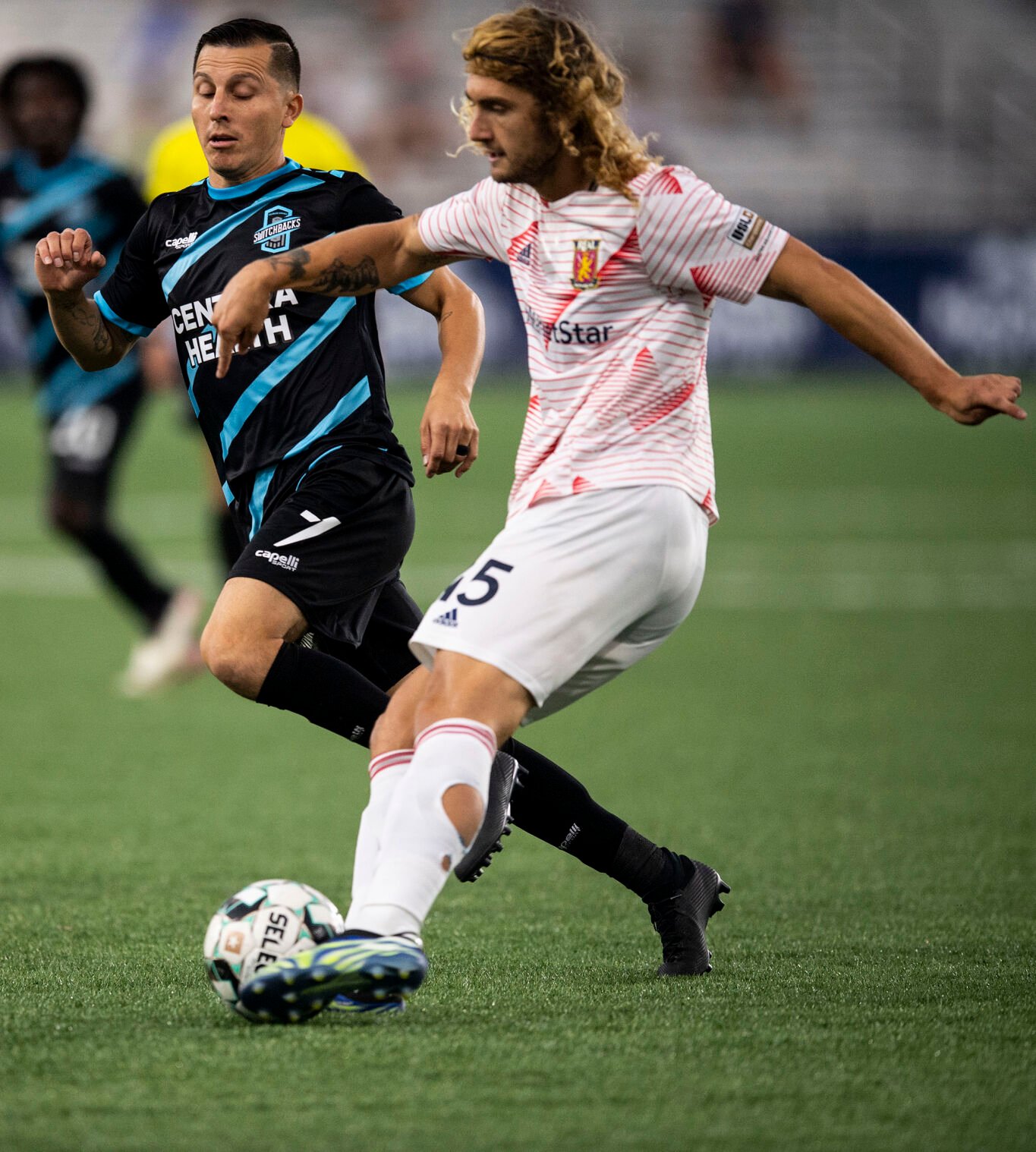 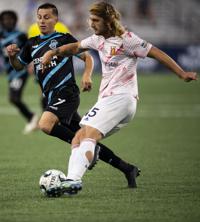 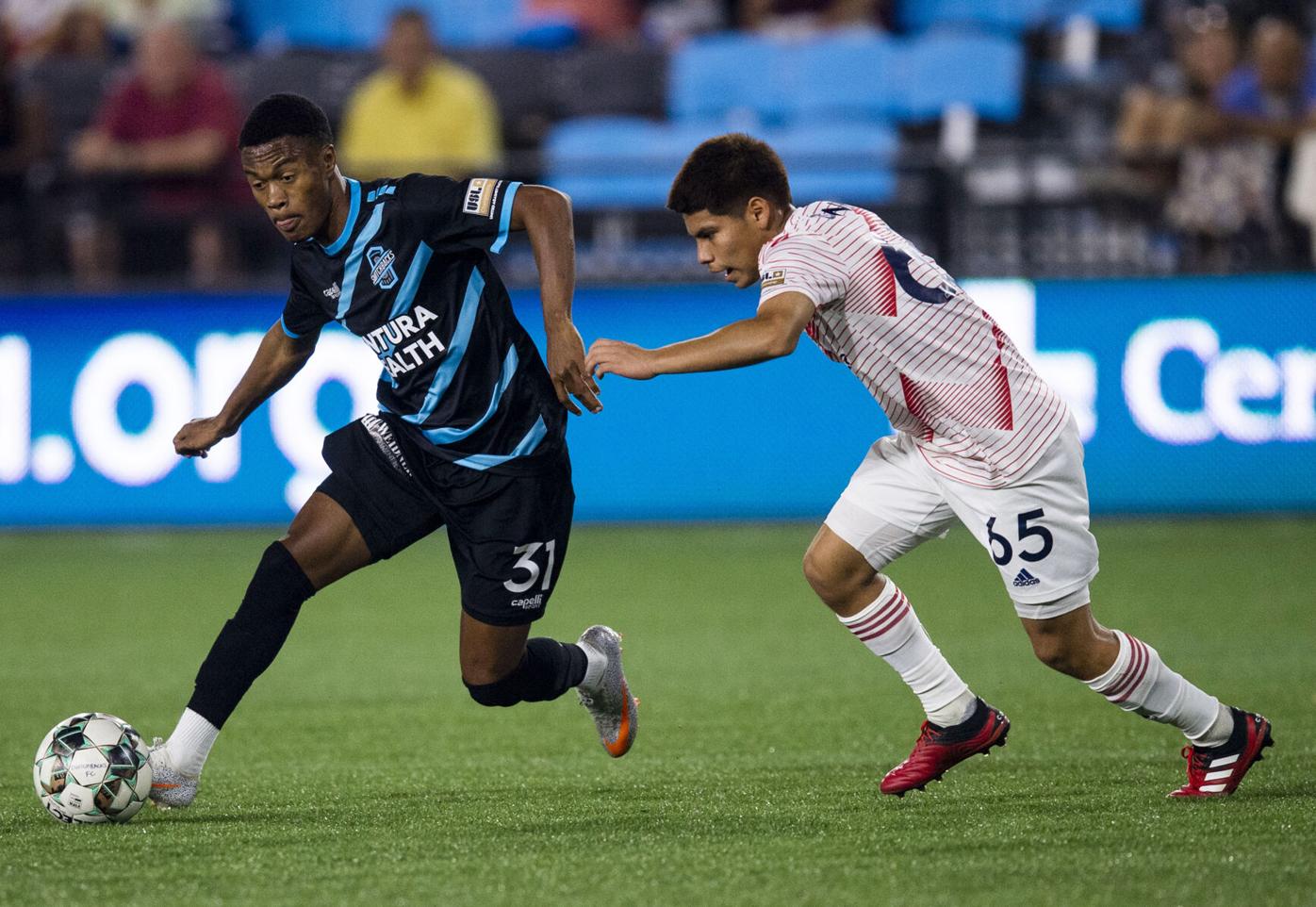 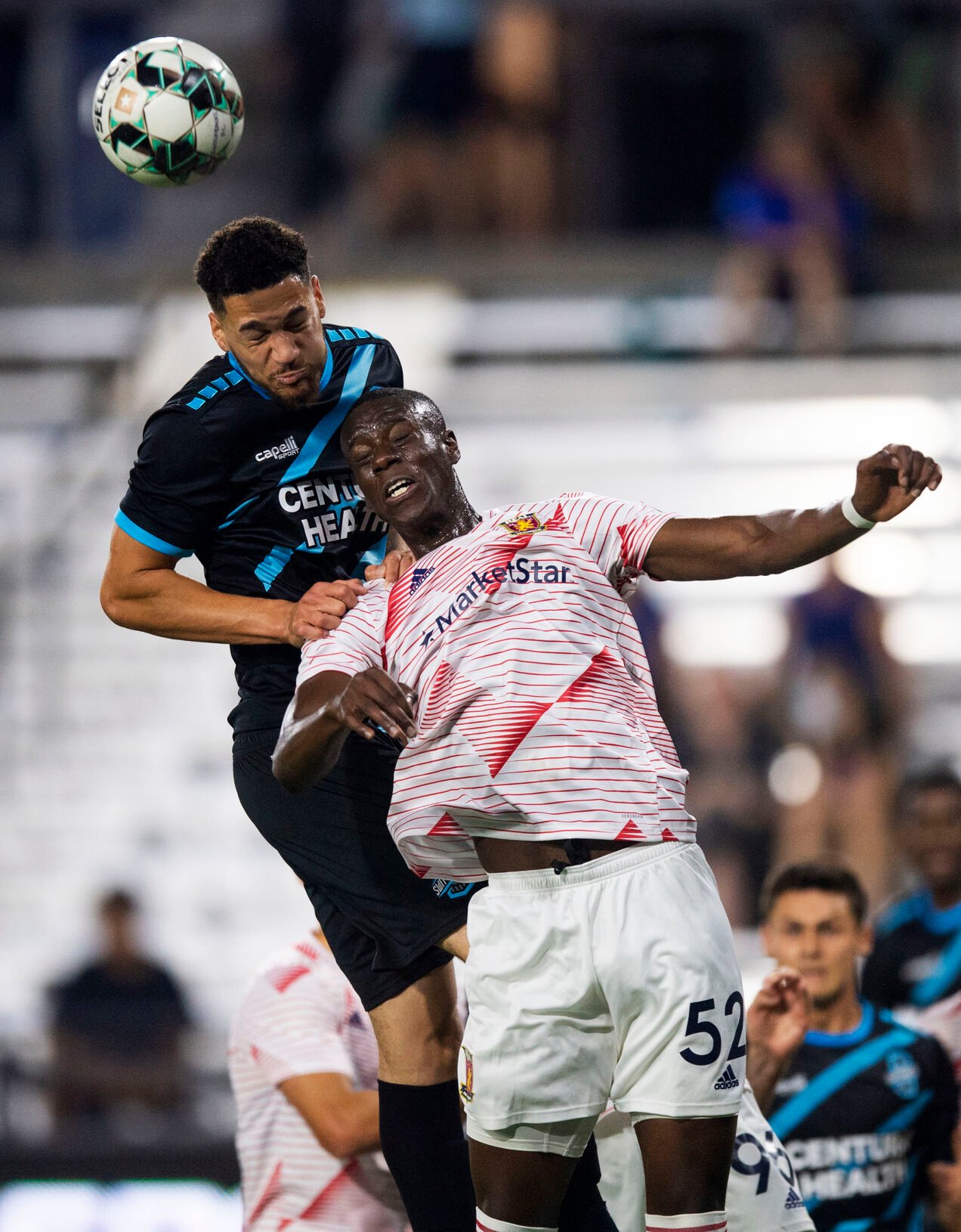 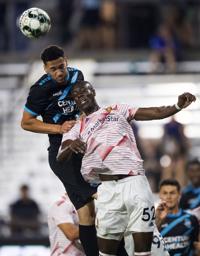 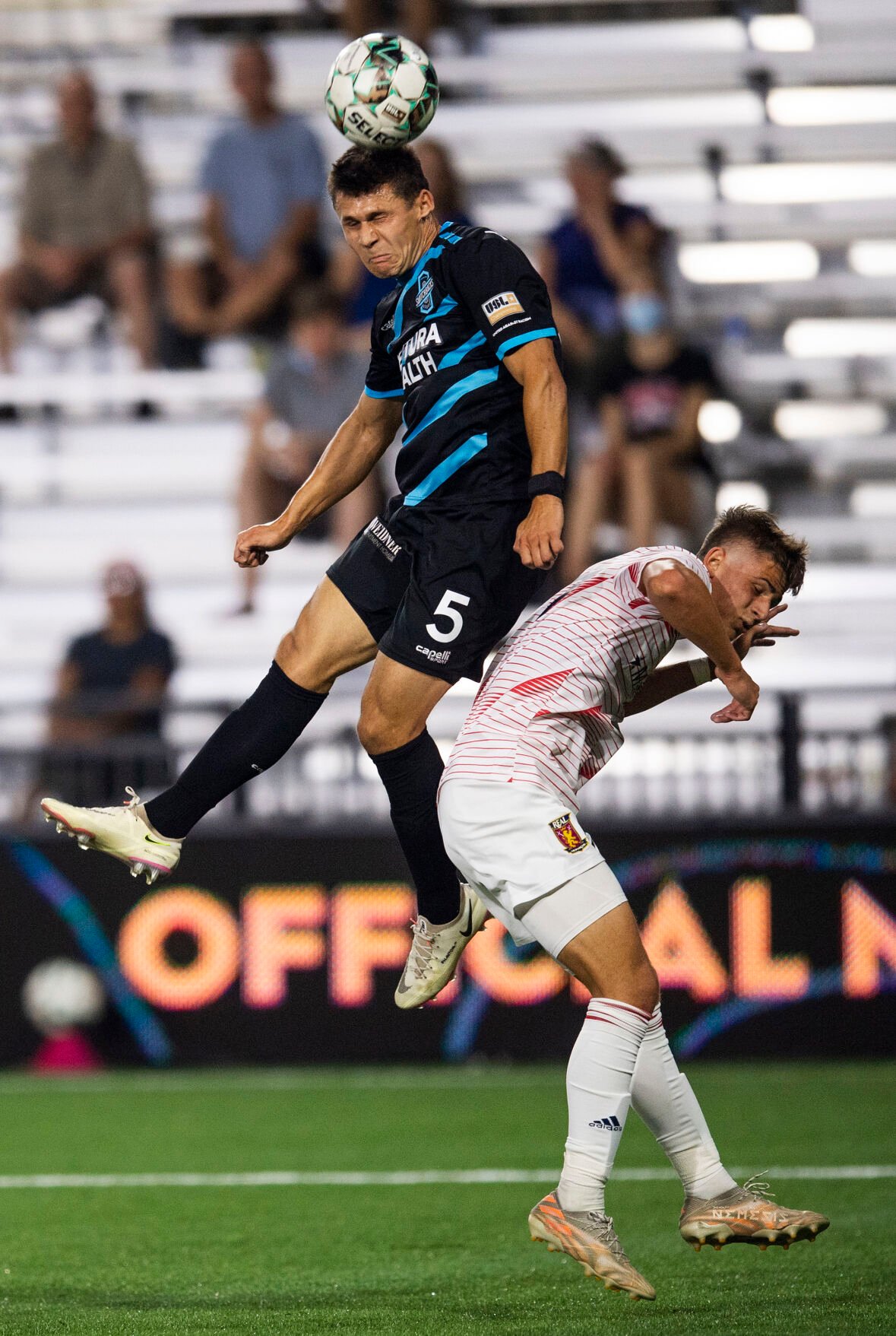 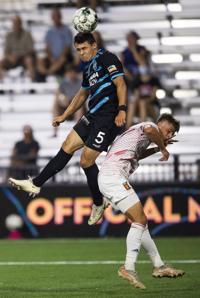 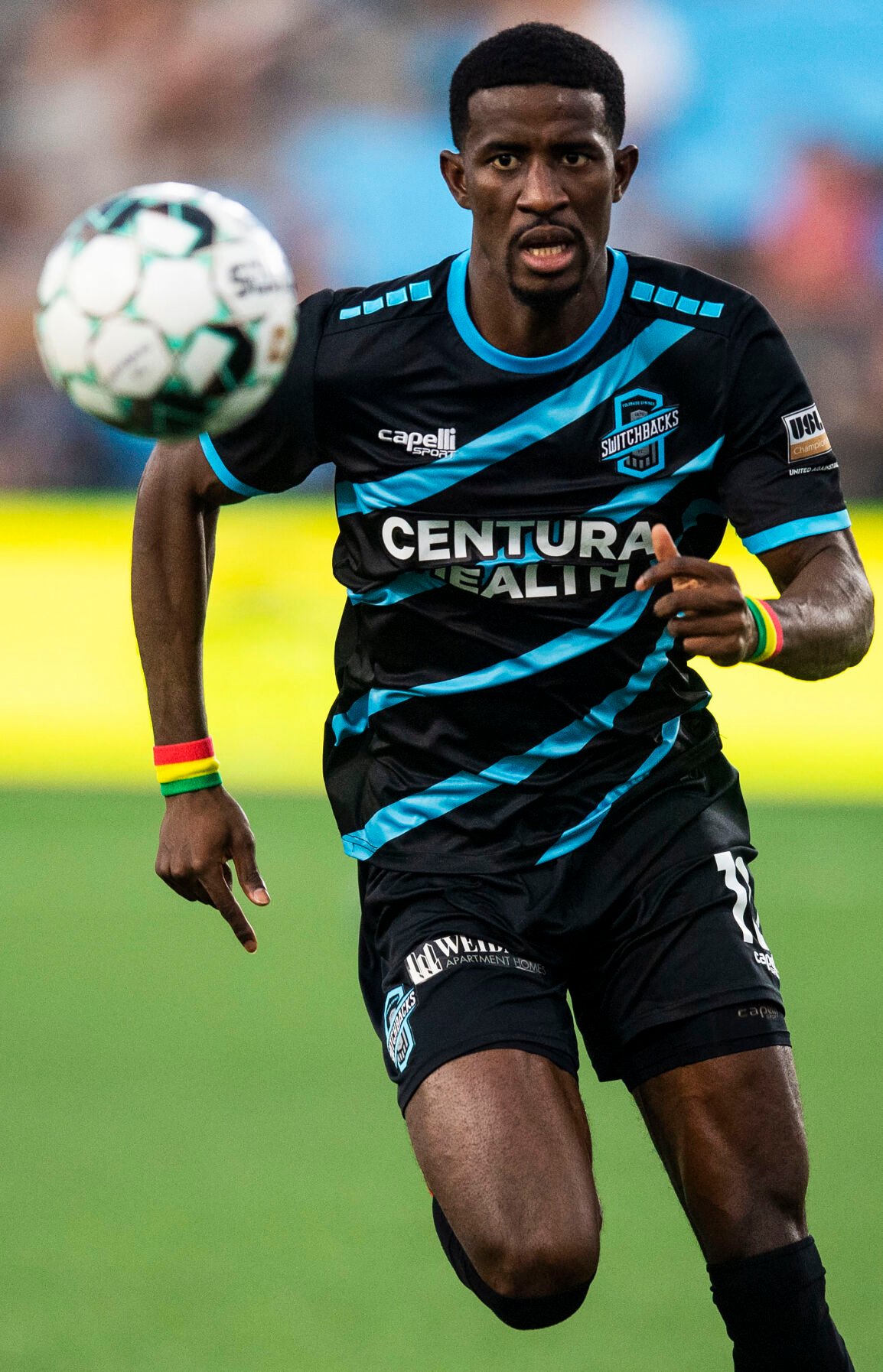 It didn’t take Colorado Springs Switchbacks much of the second half to right the wrongs of the first 45 minutes in a 2-0 win Wednesday at Weidner Field.

“It was a little flat,” Switchbacks coach Brendan Burke said. “The pressing was a little disconnected. There were a couple of guys missing cues.”

After the hosts created chances but failed to convert in the first half, Hadji Barry opened the scoring and increased his United Soccer League Championship-leading goal count when Deshane Beckford forced a turnover in the 57th minute.

“Those are the things that the coaches have been talking to me about,” Beckford said. “My reaction (being) forward first, and it worked, man.”

All that was left for Barry to do was take a touch past an off-balance defender and pick his spot, which was to the right of Real Monarchs SLC goalkeeper Jeff Dewsnup.

“He created the goal,” Burke said of Beckford’s effort. “His pressing was awesome tonight, and in the second half in particular.”

Less than 10 minutes later, Jose Torres put his preferred left foot squarely through the second ball off a Switchbacks corner kick. His volleyed attempt dipped and swerved through a crowded penalty area and into goal.

“I was feeling it today when I saw the ball pop up toward me,” Torres said. “I was like ‘this has to be mine. I have nothing to lose.’ You feel it when you hit it. I knew it was going to goal.”

Torres flipped in celebration of his first goal with Colorado Springs. Burke’s celebration was almost as animated.

“I celebrated harder than anybody else in the building. That’s where you go ‘Oh yeah, that guy played in a World Cup,’” Burke said.

“You don’t see that often, even for a guy of his caliber.”

Colorado Springs settled for a scoreless draw after the opening 45 minutes and had some tough conversations at halftime. Barry’s best early chance to extend his Golden Boot lead came just after half an hour when Beckford played him in behind the Monarchs’ defense, but the league’s leading scorer pushed his shot just wide. Just before the end of the first half, Barry played Beckford into a one-on-one situation with Dewsnup, who made a save from close range.

“A couple of guys had a pretty good pop at each other for the first time, which I love,” Burke said. “We have such a happy, nice locker room. Sometimes you need guys that will grab another guy by the throat when they need to. Tonight was the first time I saw that from the locker room, so I just let it happen.”

Colorado Springs keeper Sean Melvin made a routine save off a set piece in the 33rd minute but was not tested for much of the first 45 minutes. Melvin didn’t have to do much in the second half to record a clean sheet.

Colorado Springs played without Michee Ngalina, the team’s second-leading scorer and assists leader, after he was sent off in the final minutes of the team’s last match and received a two-game suspension. Thomas Amang, Triston Hodge and Darren Yapi were also unavailable.

After Wednesday’s win, the Switchbacks will take 35 points from 22 matches, good for second place in the Mountain Division, into Saturday’s home match against Real Grande Valley.