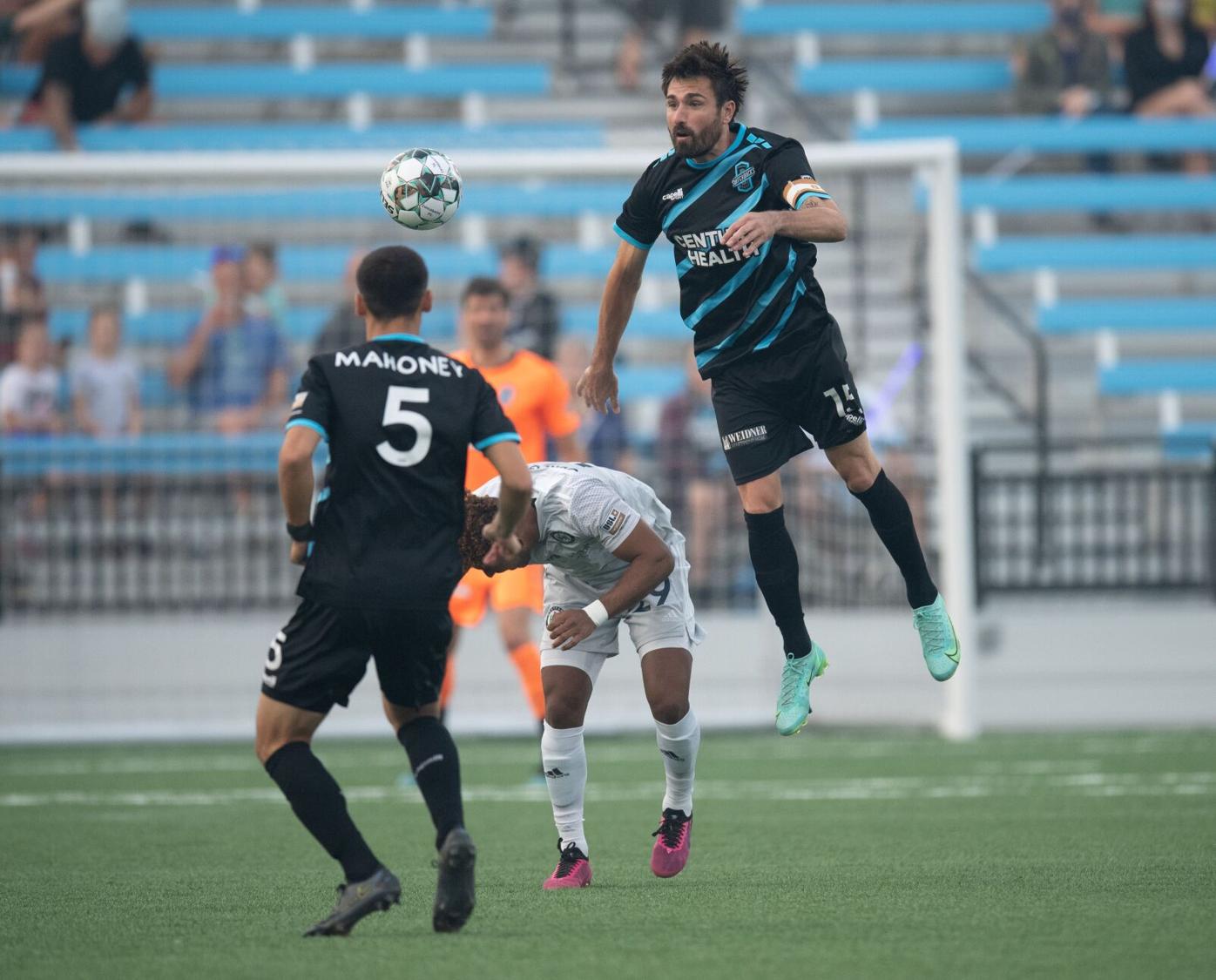 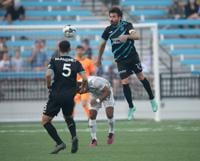 Switchbacks FC defender and captain Jimmy Ockford, in air, will take his aggressive style of play to Charlotte on Saturday. Teammate Matt Mahoney, No. 8, also figures to play a key role. 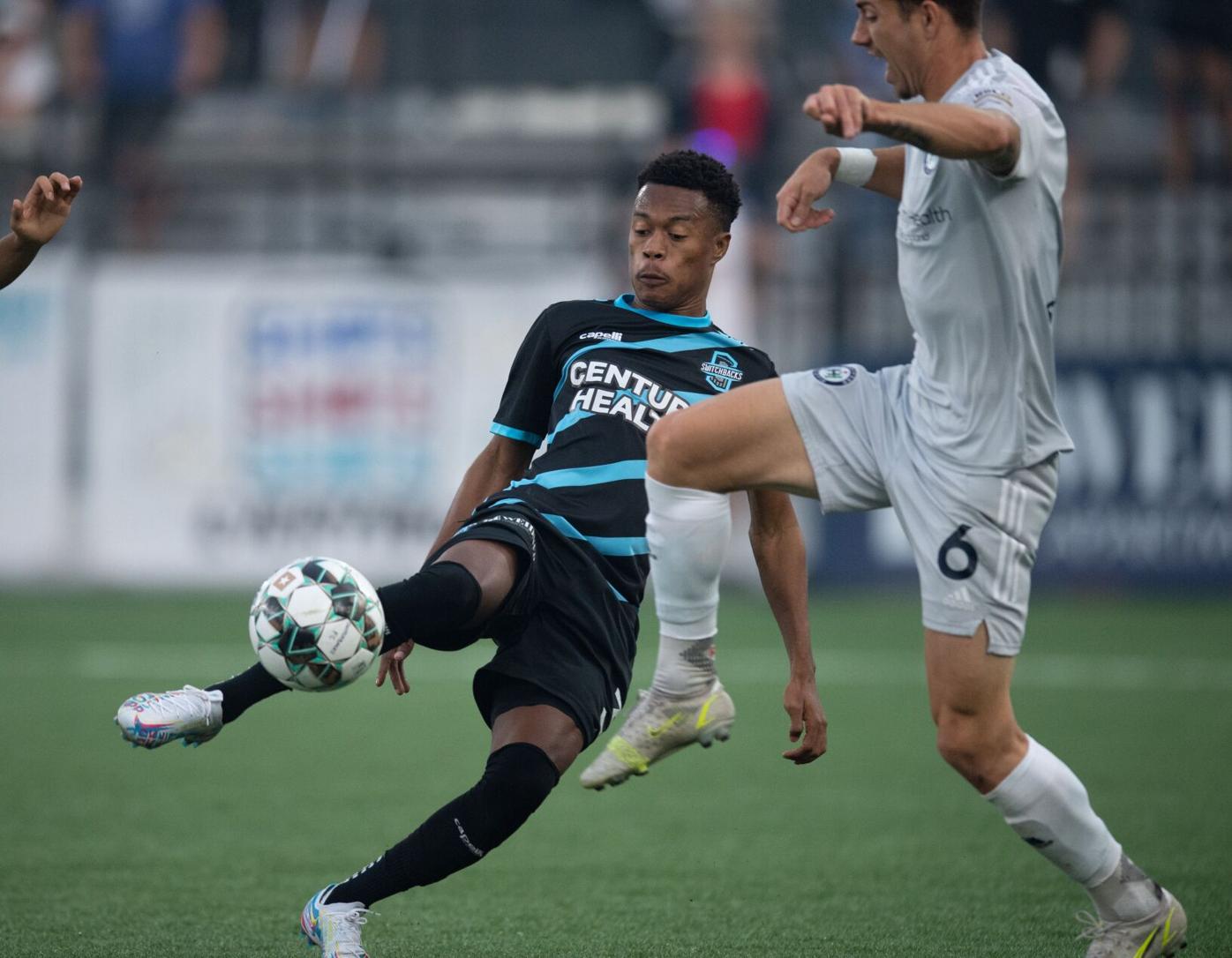 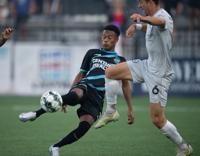 Switchbacks FC forward Deshane Beckford, in dark jersey, has been one of Colorado Springs’ top players this season.

Switchbacks FC defender and captain Jimmy Ockford, in air, will take his aggressive style of play to Charlotte on Saturday. Teammate Matt Mahoney, No. 8, also figures to play a key role.

Switchbacks FC forward Deshane Beckford, in dark jersey, has been one of Colorado Springs’ top players this season.

Editor's note: This story was not properly attributed when first posted. Jordan Burt’s quotes were given to reporter Roland Vargish for Switchbacks.com

USL Championship leading scorer Hadji Barry and his Colorado Springs Switchbacks FC teammates will be in Charlotte Saturday night for a non-conference match with the Independence.

The game in the Queen City will be the first-ever meeting between the clubs, who are both ranked in the top 10 of the league power rankings.

It will also mark the final time Colorado Springs will play in the Eastern time zone this season, barring a deep postseason run.

The Switchbacks flew to Charlotte on Thursday to train there for a couple of days and to get acclimated to the two-hour time difference.

“This is hugely important,” Switchbacks defender Matt Mahoney said. “It’s like a three-to-four hour flight, so it’s a tough travel day. It’s important to get there and train and get our legs underneath us and be able to rest one day and be ready to go on Saturday.”

Barry’s 18 goals are only five fewer than Charlotte has scored as a team.

“Charlotte is very conservative in the way they play,” Switchbacks coach Brendan Burke said. “They control the tempo of the game as well as any team in the east. A lot of experienced highly technical players, so they are very calm in the way they approach it.”

Charlotte’s team includes former Austrian international player Christian Fuchs, a left back who won a Premier League title and an FA Cup with Leicester City. He is on loan from Charlotte FC — a planned MLS club for 2022 — and has started the last two matches for the Independence.

The Switchbacks have 38 goals as a collective group, which ranks second in the league. They scored a season-high five goals in a victory over Rio Grande Valley FC last Saturday.

Barry paced the attack with two goals and was named to the league’s team of the week for the fourth time this season.

Thomas Amang scored his first goal of the season after signing with the Switchbacks in July.

“He’s gelling with the guys, everyone likes playing with him and he’s another layer to what we have up top,” Switchbacks defender Jordan Burt told Roland Vargish for Switchbacks.com.

Charlotte (8-7-2, 26 points) is fifth out of eight teams in the Eastern Conference Atlantic Division. The Independence is 3-1-2 in their last six matches, surrendering just five goals. As a team, Charlotte has allowed 21 goals.

“We have to stick to what we’re good at,” Mahoney said. “We’re good at transition and possession and keeping the ball. What we’ve done a lot is hit teams quick. Yes, we’ve given up some goals here and there, but if we score five goals again that makes it hard for other teams to beat us.”

If the Switchbacks have an Achilles heel, it is allowing late goals. Colorado Springs has allowed 31 goals this season, tied for the sixth-most in the 31-team league.

“It’s our job as a team defense to keep less than two goals on the board,” Mahoney said. “We know we’ll get at least two or three good chances to score. If we put two of those away we’ll win most games.”

The Switchbacks will fly home on Sunday to prepare for next Saturday’s match at Weidner Field against Austin Bold FC. Colorado Springs and Austin have split their first two matches this season.

In soccer, everything can change in a minute. What appears to be a sure victory can quickly turn into a tie or loss. Emotions run high over a…