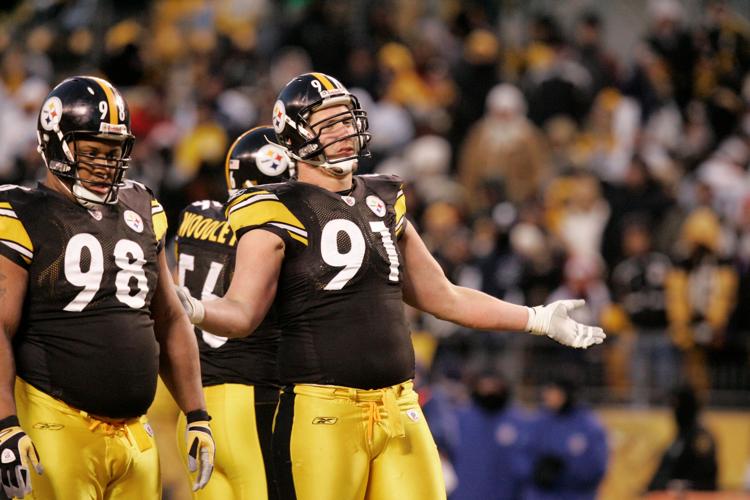 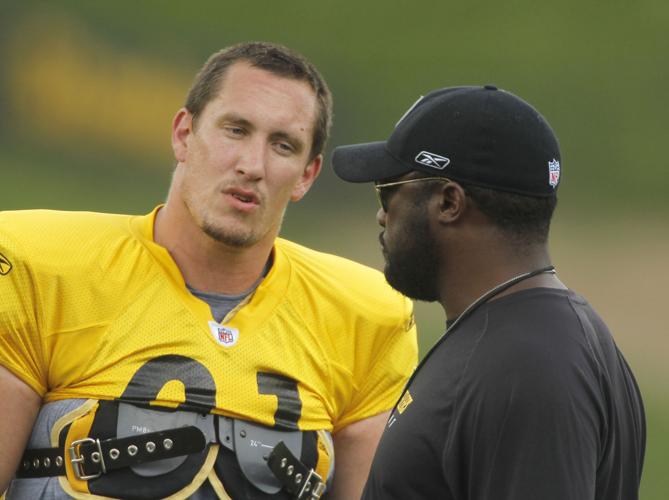 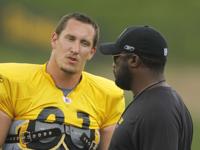 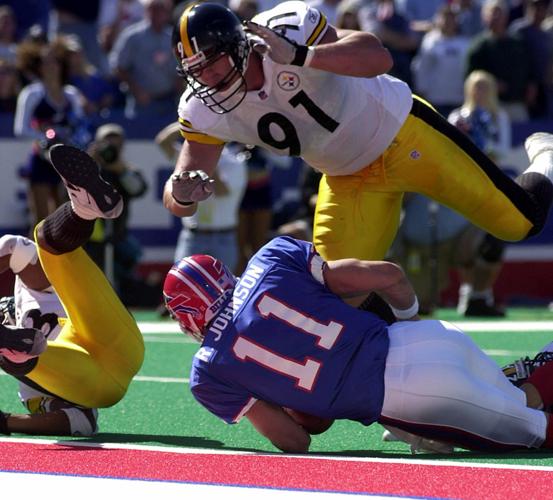 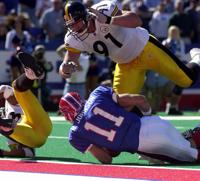 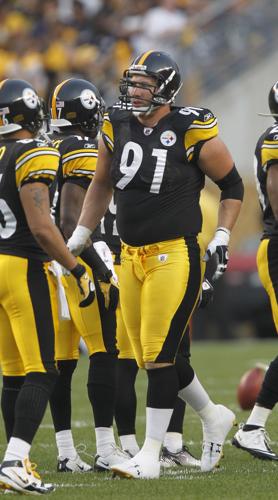 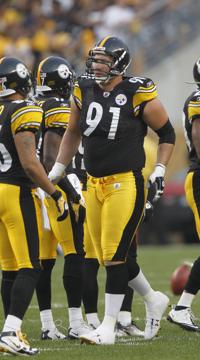 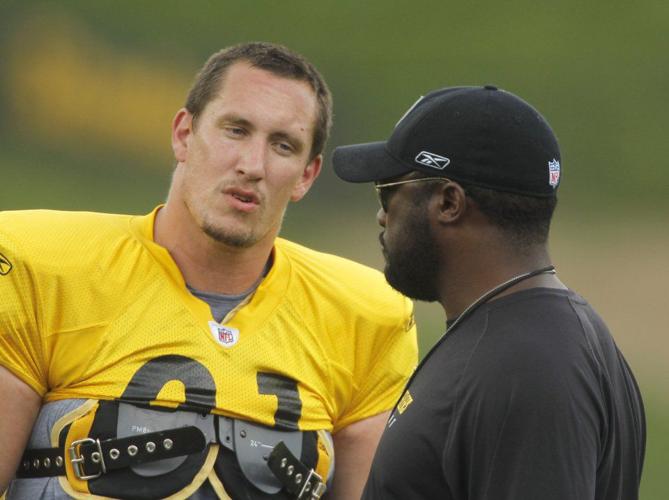 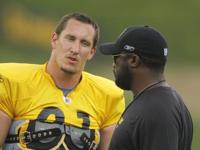 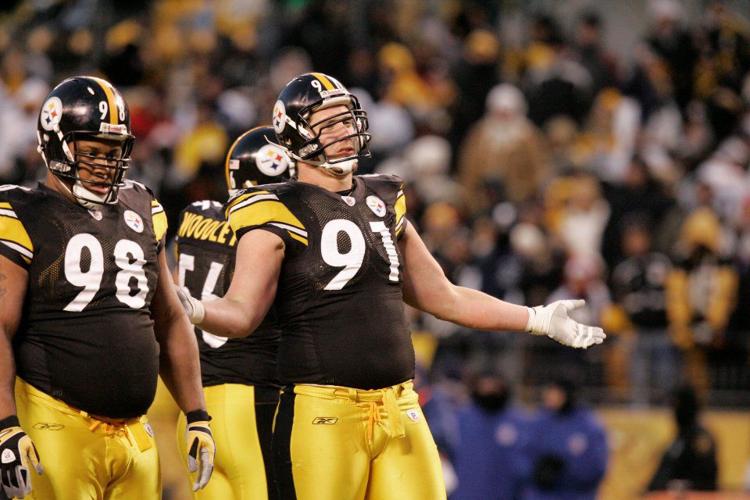 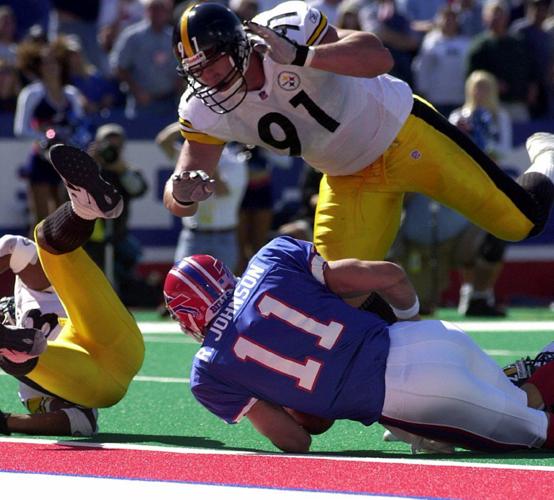 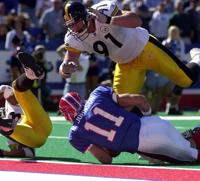 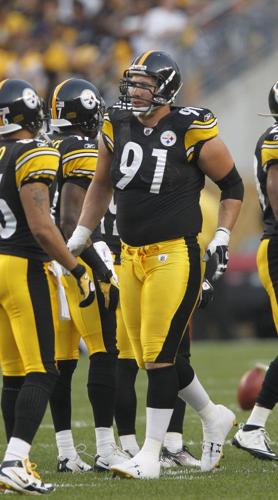 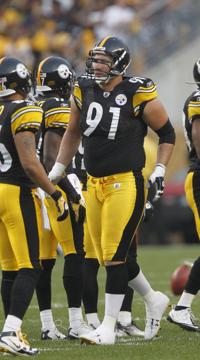 Aaron Smith has never been on top of Pikes Peak. And, despite being a second generation born-and-raised Colorado Springs native, he’s never been on skis.

“People always think it’s funny that I’ve never skied,” said Smith, the Sierra graduate and 13-year Pittsburgh Steelers defensive lineman who will headline this year’s Colorado Springs Sports Hall of Fame class that is set for induction in October. “I always tell them you’ve got to have money to ski.

“We didn’t have any money.”

Smith’s childhood was largely confined to a trailer park on the south side of town where he and his three brothers – who were nine, six and five years older than him – found enough competition as children to shield them from their impoverished circumstances.

“I was always playing,” Smith said. “It was nonstop, all the time. I don’t remember being inside much, to be honest with you.”

Smith’s father was an oft-unemployed construction worker who later developed diabetes and died while Smith was at Sierra. His mother, Ruth, left her husband when Smith was 12 and raised her sons on her own.

Rather than be the younger brother who would simply follow what the older kids were doing, he wasn’t afraid to branch out on his own. When he was just 4, his brothers wouldn’t allow him to play in their baseball game; so he grabbed a kickball and a toilet plunger and created Plungerball.

When his mother looked out the window a short time later, the baseball game had ended and everyone was playing Plungerball.

He also wasn’t accepting of his economic situation.

When a Philadelphia Eagles scout once asked Smith what he wanted to get out of the NFL, Smith recalls his humble aspirations.

“I told him, ‘Honestly, I’d just like to go and give it the best shot I can. Play on special teams. Play two or three years, make a little money just to get a head start and not have to worry about paying my bills.’

“I’m sure looking back, that scout was thinking, ‘This kid has no idea how much money he could possibly make.’”

The money eventually came for Smith, who at one point in his career signed a five-year, $24.5 million deal that included an $8 million signing bonus.

He moved his mom to Pittsburgh early in his career, buying her the house immediately behind his.

But to get to that point, Smith had to learn to embrace football. He was a basketball-first athlete at a time when he said Sierra was certainly a football school. He only went out for football as a freshman because his friends did and he had nothing else to do. He was called up to varsity when his freshman season ended, but he quit during a state playoff run to try out for the basketball team.

It was only when then-Stallions basketball coach Mark Beranek – who Smith said remains the “closest thing I have in my life to a father figure” – suggested a pragmatic view that Smith changed his perspective.

Smith’s dream school was Colorado State, but he ended up at Northern Colorado when the Rams passed on him as a recruit. It was a serendipitous turn of events, as he got on the field quickly at Greeley, which helped him develop as a player, and he met his wife, Jaimie, there.

“I liked playing football, but I loved basketball,” Smith said. “I didn’t fall in love with football until I was in college.”

From there, things developed rapidly. The Steelers picked him in the fourth round of the 1999 draft, he earned a Pro Bowl spot in 2004, won a pair of Super Bowl rings and was named by Sports Illustrated’s Peter King to the publication’s all-2000s team.

“He’s the upset pick of the team,” King wrote. “But the mostly anonymous body of work over the decade makes the 1999 fourth-round pick a worthy choice. The Steelers were the top-rated defense three times in the last half of the decade, and the 6-5, 298-pound Smith’s ability to shed blocks as a 3-4 defensive end and stop the run was a vital part of their success.”

Smith still hasn’t lost the sense of awe he brought with him from then-Division II Northern Colorado into the NFL.

“I’ll never forget sitting in a hotel room at the Combine with (former Steelers coach) Bill Cowher, just thinking, ‘I can’t believe I’m sitting in the same room with him and he’s asking me questions.'”

The draft itself wasn’t without its setback, as the Steelers called near the end of the third round to say they were thinking of taking him, only to instead select running back Amos Zeroue. Smith, then at his mother’s house in Colorado Springs, said he went to bed devastated.

He woke up the next morning to another call from the Steelers, saying they were eyeing him with their fourth-round pick.

“I was like, ‘You’re not getting me with this again. I’m not falling for this two times in a row,’” he recalled. “Then on TV they said, ‘The Pittsburgh Steelers select Aaron Smith.’”

Smith said most NFL players can tell you their draft number – he was No. 109. Only four of the 108 taken ahead of him – Champ Bailey, Antoine Winfield, Mike Peterson and Brandon Stokely – played longer in the league, and Smith was keeping close tabs on that.

These days Smith coaches defensive line for a high school football team and is an assistant varsity basketball coach. He and Jaimie have five kids, ages 16, 14, 11, 9 and 7 in Pittsburgh.

Two of his brothers still live in Colorado Springs (one runs the boiler system at Fort Carson, the other owns an electrical company), while the other is in Fredericksburg, Va.

“It’s an honor (to be voted into the Colorado Springs Sports Hall of Fame), don’t get me wrong; but success in life means nothing if you don’t have someone to share it with,” Smith said. “And that will be nice. I’ll have my brothers there, my mom will fly out with us, I’ll have my kids and my wife, so sharing it with them will be nice.”

Smith has never been atop the region’s tallest peak, but he’ll return in October to receive the highest honor the area can bestow upon one of its athletes.