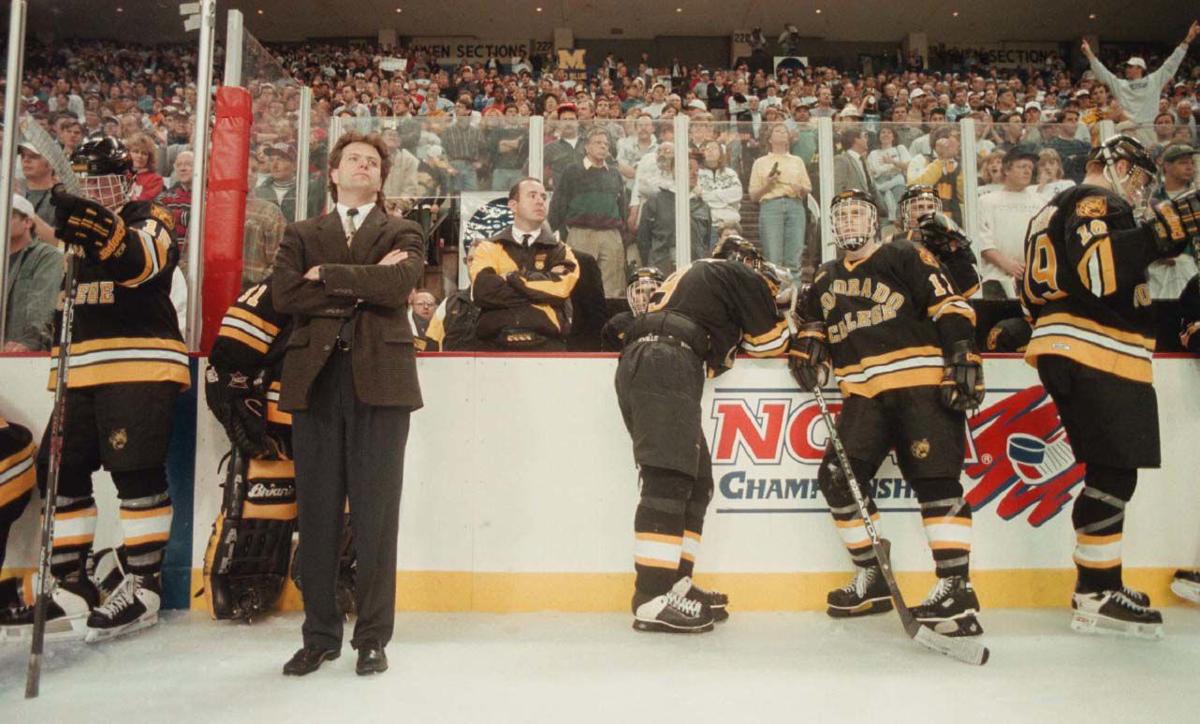 Don Lucia and the CC Tigers quietly watch as Michigan skates the ice after winning the national campionship. photo by stuart, 3/30/96 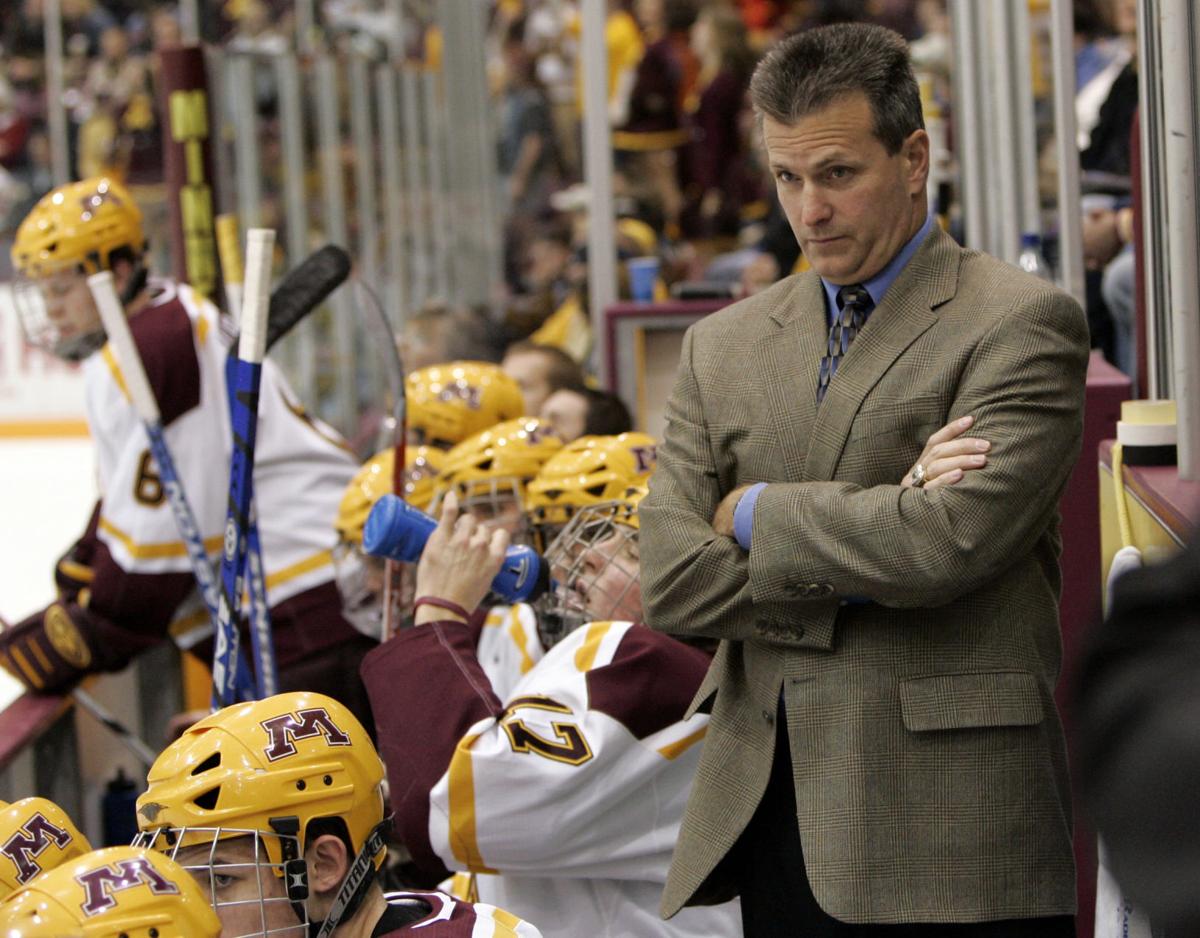 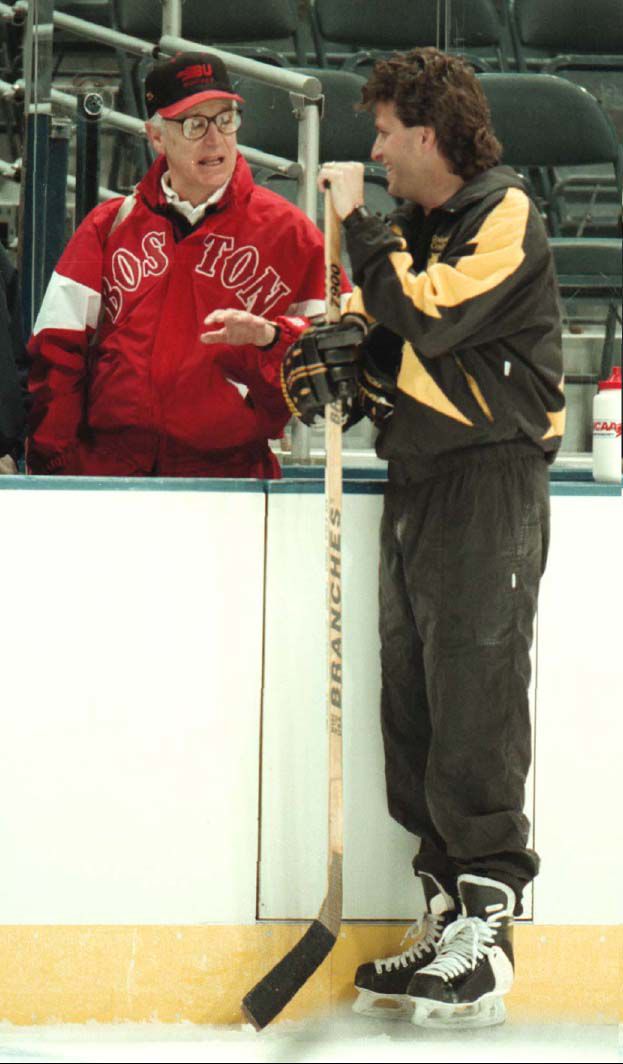 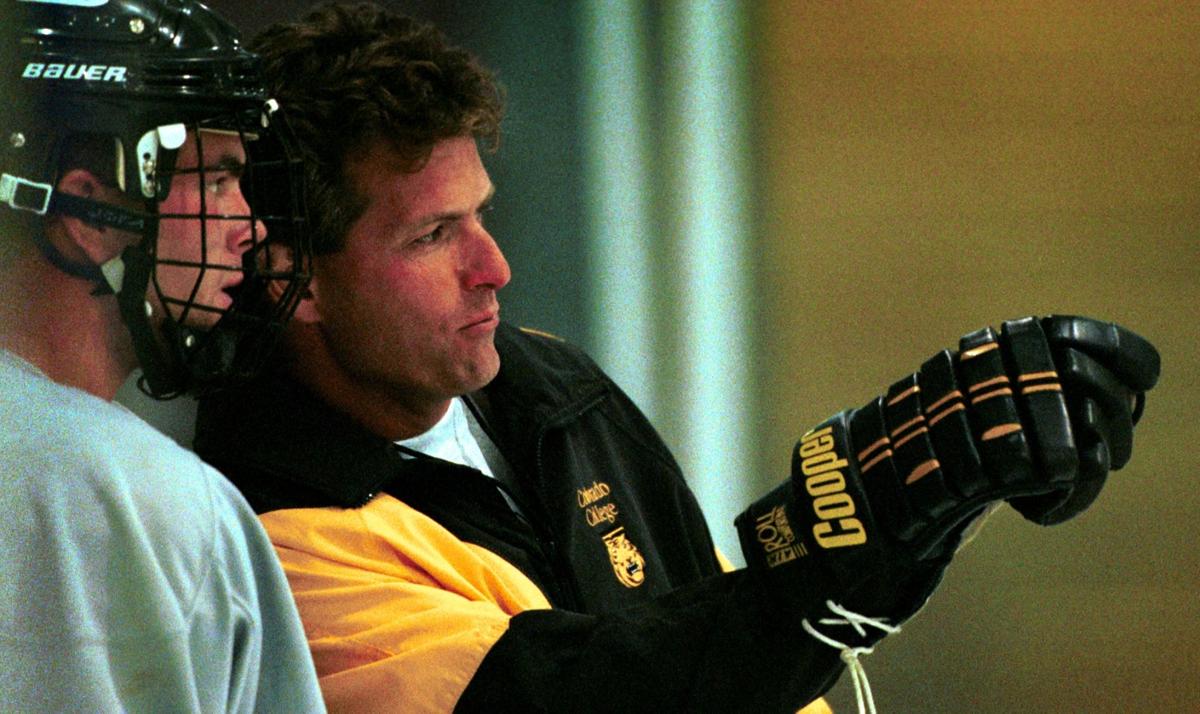 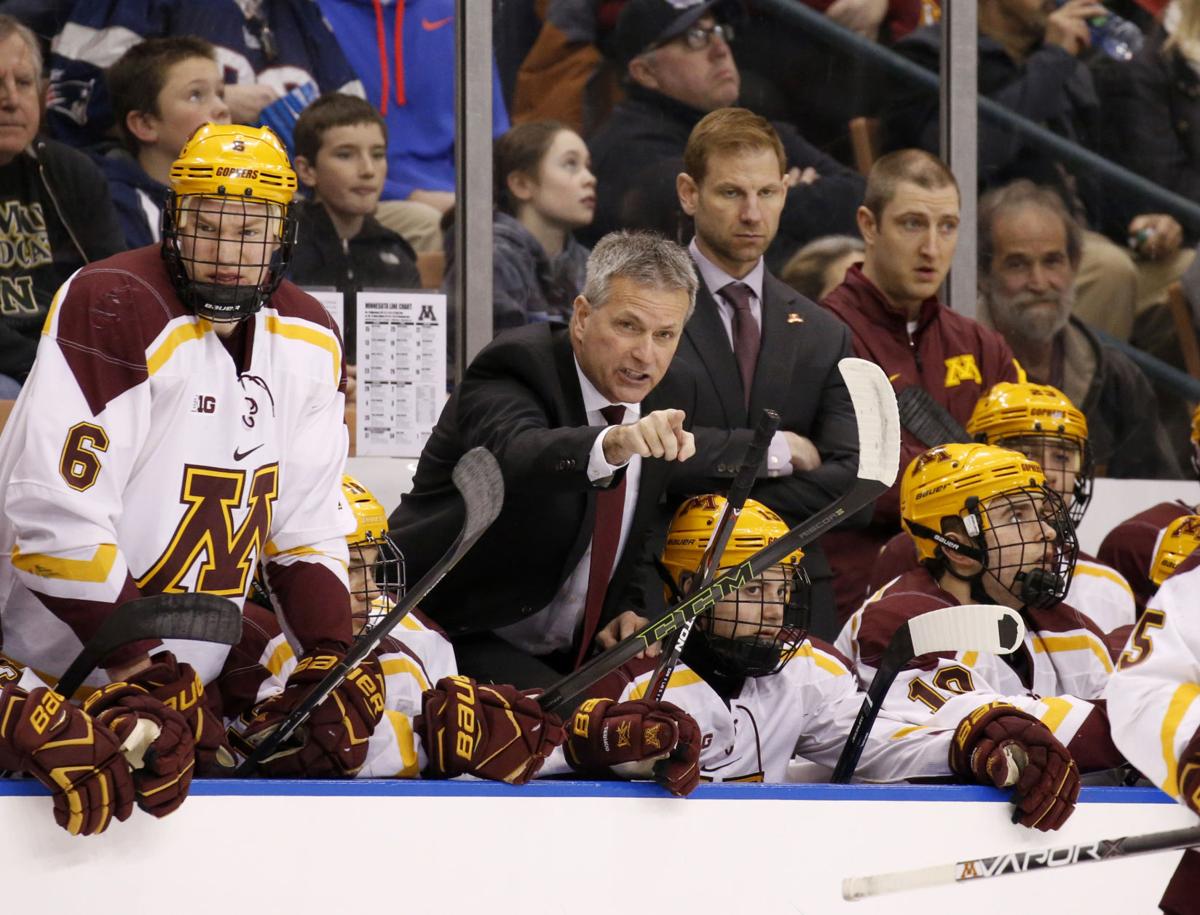 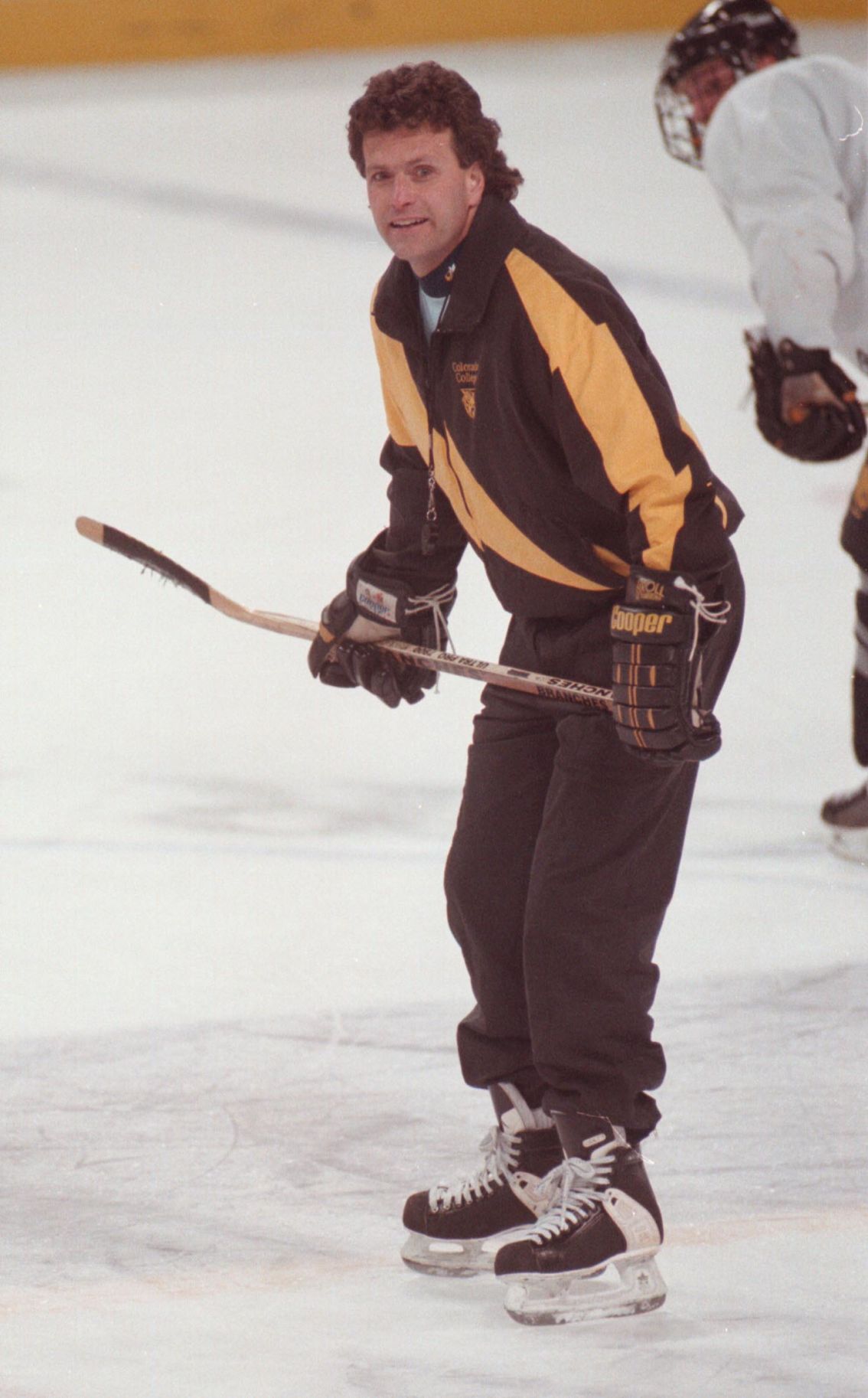 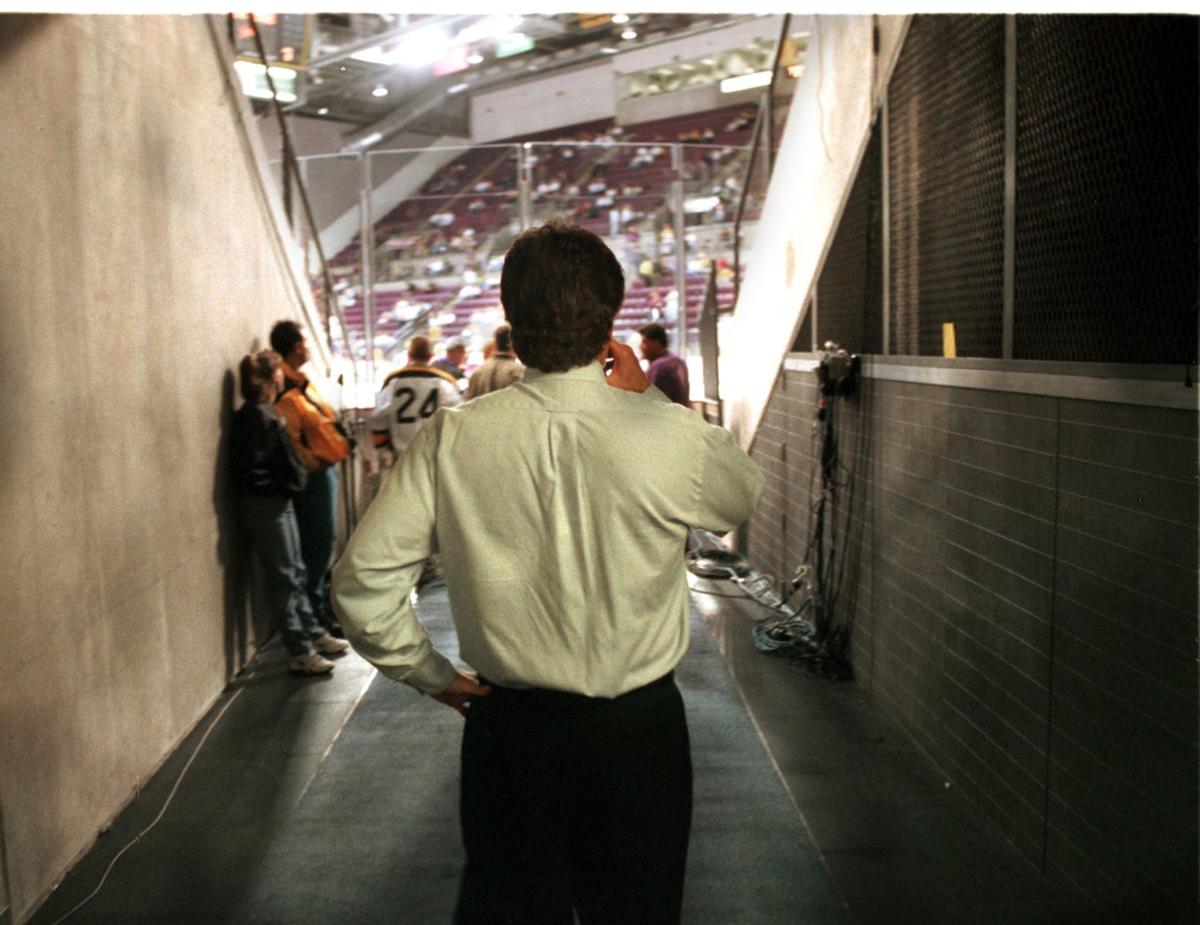 11_5_99 s CCHOCKEY 4.JPG RICK SCIBELLI PHOTO // FORMER CC HEADCOACH, DON LUCIA ENTERED THE WORLD ARENA FOR THE FIRST TIME FRIDAY EVENING AS THE COACH OF THE MINNESOTA GOLDEN GOPHERS. THE GOLDEN GOPHERS ARE IN TOWN FOR A TWO GAME STAND. 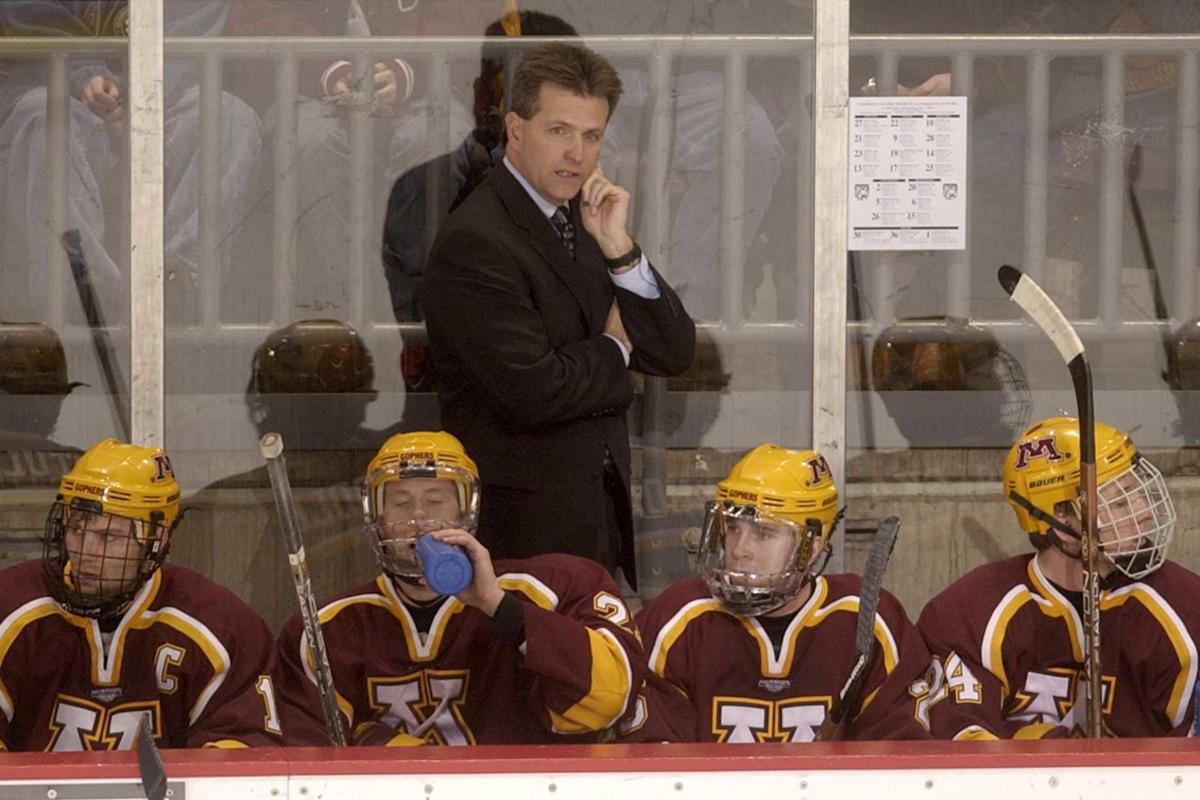 Don Lucia and the CC Tigers quietly watch as Michigan skates the ice after winning the national campionship. photo by stuart, 3/30/96

11_5_99 s CCHOCKEY 4.JPG RICK SCIBELLI PHOTO // FORMER CC HEADCOACH, DON LUCIA ENTERED THE WORLD ARENA FOR THE FIRST TIME FRIDAY EVENING AS THE COACH OF THE MINNESOTA GOLDEN GOPHERS. THE GOLDEN GOPHERS ARE IN TOWN FOR A TWO GAME STAND.

It was a golden era for the black and gold of Colorado College.

“Six years went by too fast,” former CC hockey coach Don Lucia said. “I could certainly make the argument it was the most enjoyable part of my coaching career.”

For his efforts, the recently retired Lucia is set to be inducted into the Colorado Springs Sports Hall of Fame on Monday night at The Broadmoor World Arena.

Lucia came from Alaska-Fairbanks in 1993 and steered a team that hadn’t seen a winning season in 13 years to a 23-11-5 record and the first of three straight Western Collegiate Hockey Association titles. He was 166-68-18 at CC for a .694 winning percentage, more than the previous two coaches combined over 11 seasons. His teams made the NCAA playoffs four times.

Some of his fondest memories involve giving the program a firmer foothold in the Springs. He said there were concerns the team would succumb due to lack of success and uncertainty surrounding facilities.

“I think it was good we had a successful first year,” Lucia said.

“Fortunately the El Pomar Foundation donated a lot of money and built The Broadmoor World Arena.”

It was the best of times when CC made its first Frozen Four in 39 years. The worst was when the Tigers lost the 1996 national championship game in overtime, 3-2 to Michigan.

“That was without question the most disappointing loss of my career,” Lucia said. “I really wanted it for those kids. They’d been through so much from their freshman to senior years.”

He made it all the way at Minnesota twice, winning national titles in 2002 and 2003.

Serratore said he and Lucia played against each other at Minnesota high schools a short drive apart, and their relationship wasn’t friendly at the time. But they caught up over beers in their early coaching days and have “been the best of friends ever since.” Serratore gladly sent his son Tom to play for Lucia and the Gophers.

“As well as he did as a coach, and all the great things he accomplished at Colorado College and Minnesota — Don Lucia is a great coach, but he’s an even better human being,” Serratore said. “He’s a class act.”

Lucia’s 19-year stint at the helm at Minnesota ended in March 2018. He’s retired as of June, splitting time between Alaska and the Twin Cities and babysitting his four grandchildren. Lucia, 61, said he’s trying to stay in shape and enjoy this time of life.

“I’m enjoying having weekends off,” he said. “My gosh, this is how regular people live.”

Meanwhile, Colorado College is going through another facility transition with a projected 2021 opening for on-campus Robson Arena. Seating is expected to be between 3,000 and 4,000 seats.

Colorado College athletic director and vice president Lesley Irvine details the rationale behind changing CC's logo before Robson Arena opens and a search for a new mascot name, which fans are invited to participate in.