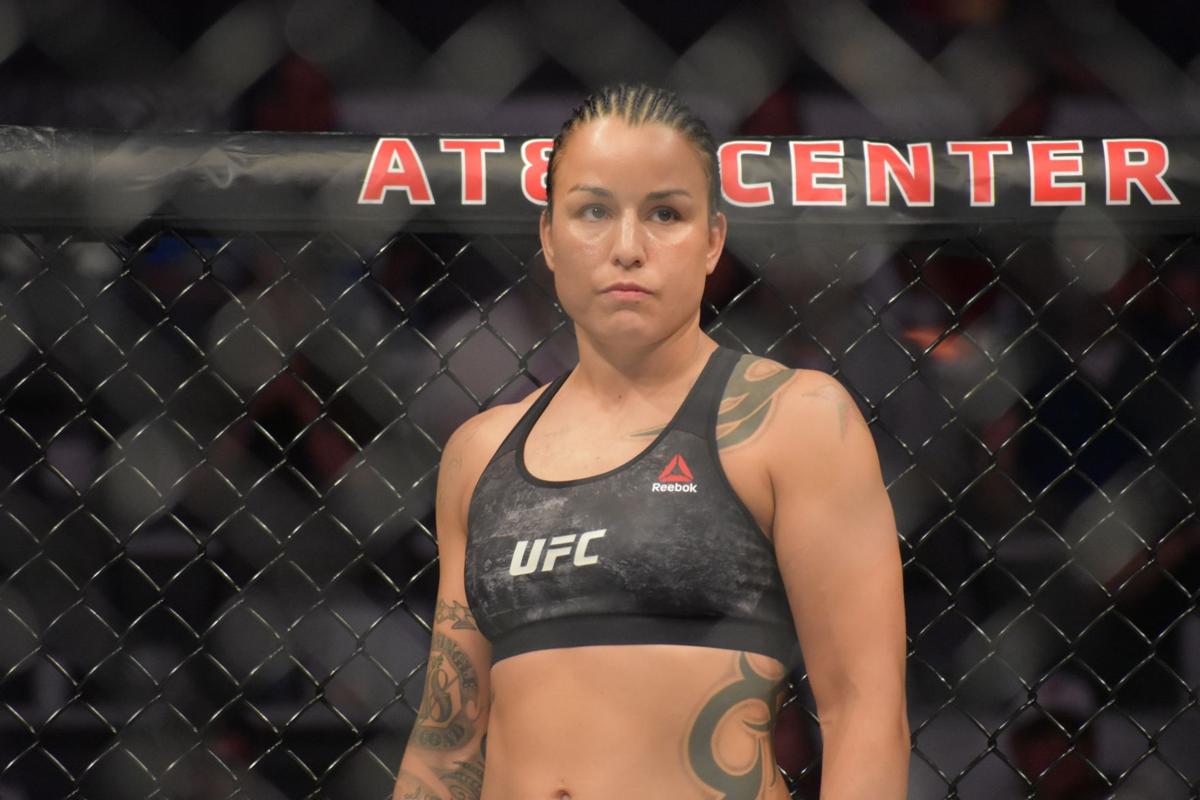 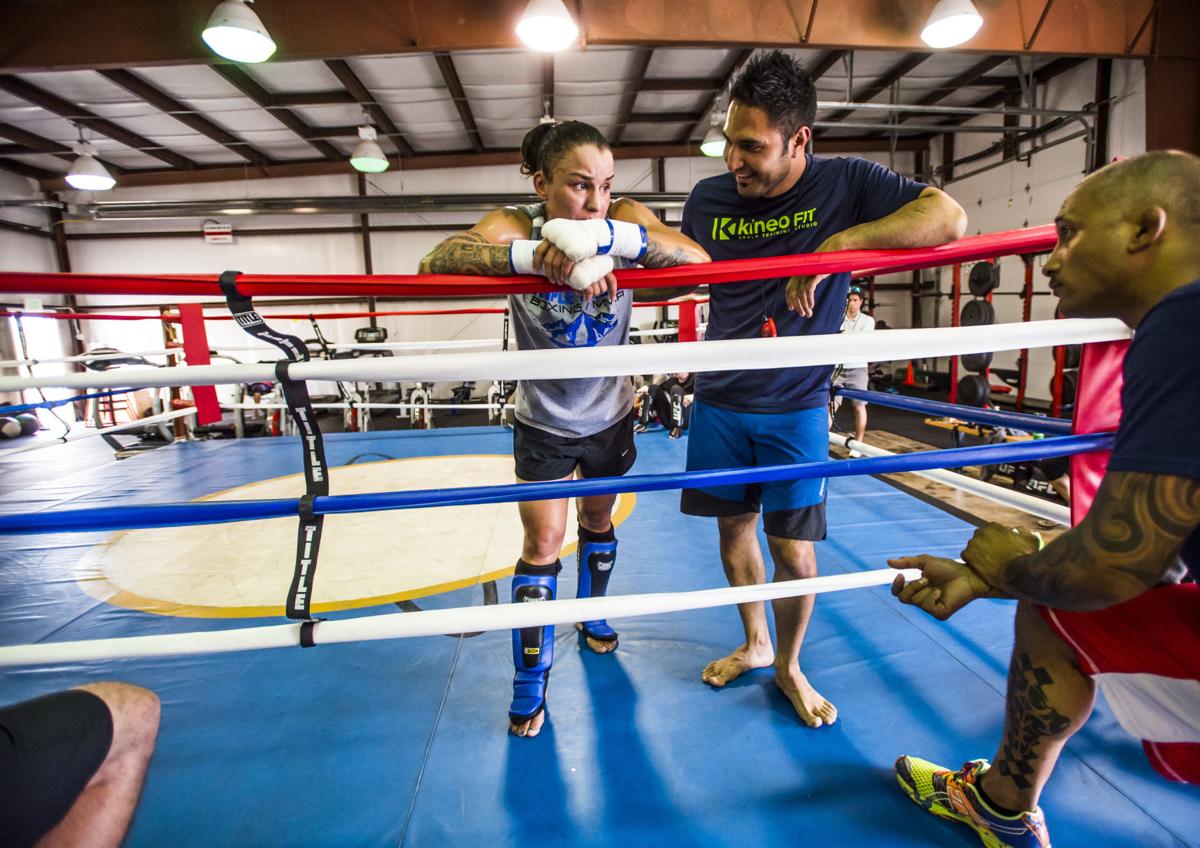 Raquel Pennington talks with her coaches during training at Triple Threat Gym on Friday, August 12, 2016. Photo by Stacie Scott, The Gazette

Raquel Pennington talks with her coaches during training at Triple Threat Gym on Friday, August 12, 2016. Photo by Stacie Scott, The Gazette

Raquel Pennington’s return to the octagon carries extra meaning, and not just because of the way the last fight ended.

Pennington will face off against Marion Reneau in a women’s bantamweight fight at UFC Fight Night at 7 p.m. Saturday in Las Vegas and broadcast on ESPN and ESPN+.

Her fight will take place five bouts after her fiancee, Tecia Torres, battles Brianna Van Buren at the same event.

“It’s super exciting for me,” said Pennington, a Harrison graduate and lifelong Colorado Springs resident. “I’ve been trying to convince Tecia for years to get on the same card as me.”

Pennington and Torres met while fighting on the same card in 2012. Since then they’ve only fought in the same event once, in 2016. That was a few months before they started dating.

Pennington said Torres found the idea of fighting on the same night too stressful, but made an exception this time. Torres was so on board with the idea that she moved her scheduled fight back a week to join Pennington.

“I'm just happy I'm fighting first because I feel like I'm the more nerve-wracked one, so I'll be able to get mine over with and then I can worry about her,” Torres said.

Torres (10-5), ranked 11th in the strawweight division, is taking on the unranked Van Buren (9-2) after a scheduled fight against Mizuki Inoue was canceled in March because of the coronavirus.

For Pennington (10-9), ranked sixth, this fight comes five months after perhaps her most frustrating experience in the sport. After waiting years for a rematch with Holly Holm, she dropped a decision that largely featured Holm holding onto her and limiting the action.

Looking back, Pennington said she wouldn’t even call what transpired that night a fight and still feels bitter.

She expects something different from No. 10 Reneau (9-5-1). This fight is a departure from Pennington’s norm of late that has seen her fight up against past and current champions, but this presents her with an opponent whose aggressive style could invite more action.

Also, Pennington enters with what she describes as a “reset soul” from quarantine, where she “sat back and chilled” while spending time with family.

She then entered a brisk four-week camp, as opposed to the extended six months of preparation for the Holm fight in January.

And this camp was spent with her significant other.

“We've been doing a separate camp, but at the same time a together camp,” Torres said. “I'll train with one coach and she'll train with another coach and then we switch off and then spar together and it's been working really well for this fight.”

Raquel Pennington could soon hoist the same UFC championship belt once held by Ronda Rousey and Holly Holm and Miesha Tate. With a May 12 title bout against Amanda Nunes in Brazil – the headline event of the pay-per-view UFC 224 – Pennington could capture the world bantamweight title and thrust herself into that realm of the sport’s biggest stars.   But the Colorado Springs native and Harrison High School graduate doesn’t see herself as belonging in the same conversation with those big names – at least not outside the octagon. “For me it’s never been about money or reputation,” Pennington said. “I’m actually considered the dark horse in women’s