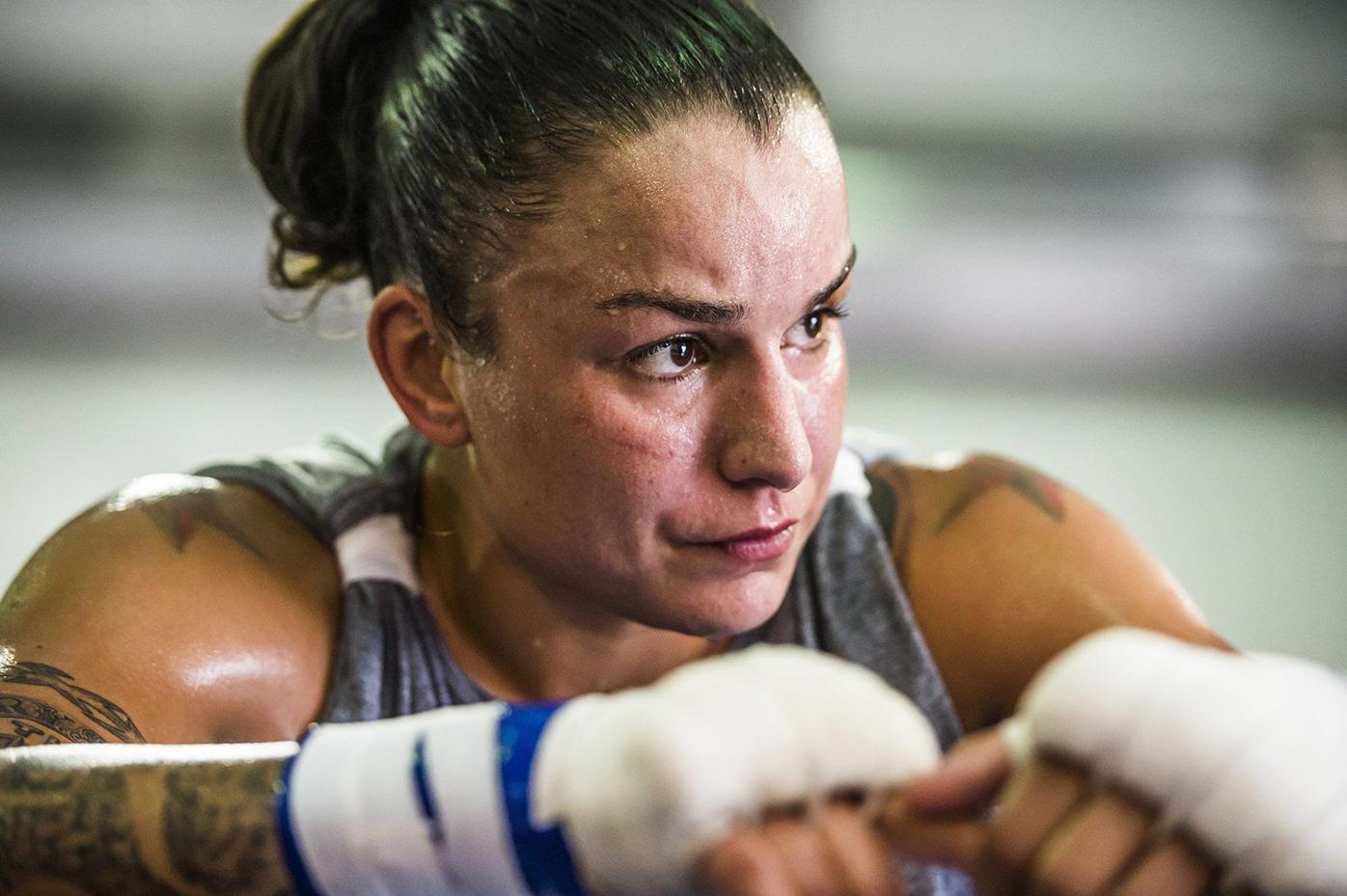 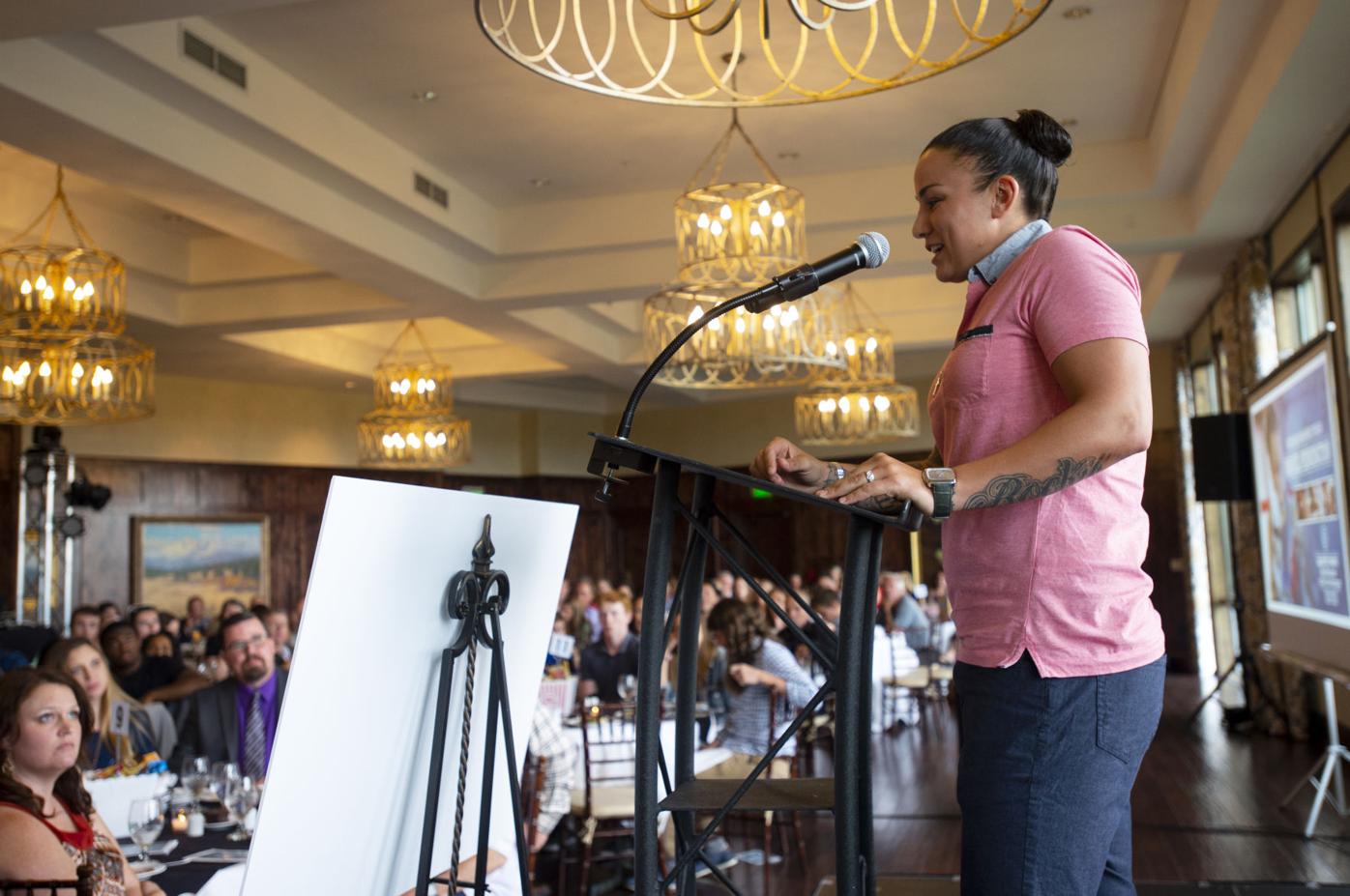 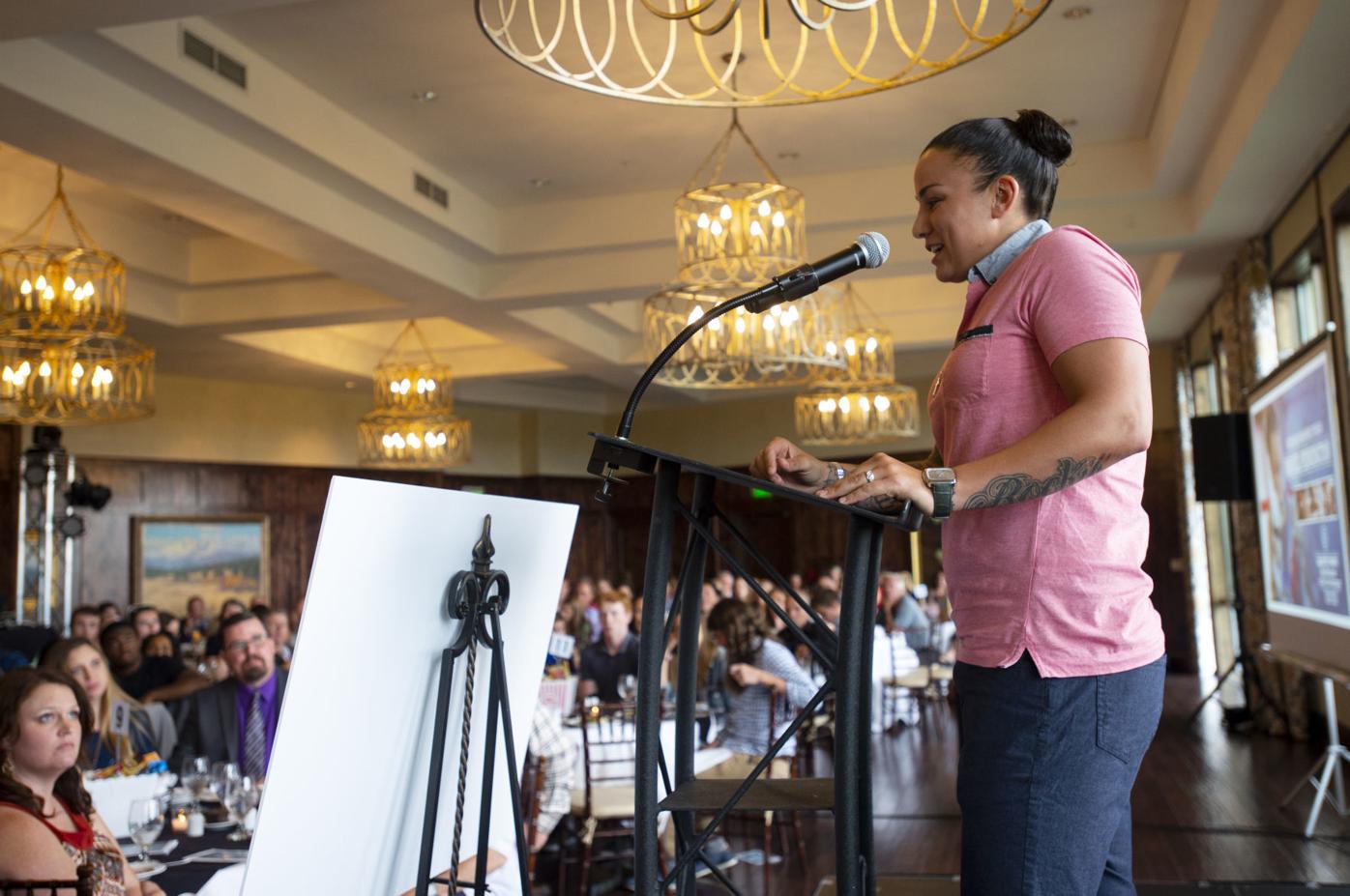 Raquel Pennington is starting her climb back up the UFC ranks with a new support team and a new sense of enjoyment.

The Harrison graduate and Colorado Springs-based bantamweight will re-enter the octagon July 20 in San Antonio against Mexico’s Irene Aldana. She’ll do so with the same cornerman and wrestling coach, Jason Kutz. The rest of her team now consists of striking coach Justin Houghton of Pound 4 Pound Fitness in Sheridan as well as strength and conditioning coach Eric Goldberg of The Arena on North Weber in Colorado Springs.

She’s no longer training out of Triple Threat Gym near the Colorado Springs airport.

“I switched up my coaching staff a little bit and I kind of just went back to my roots,” Pennington said. “I just needed a reset with things.

“For a while my career became a job. I’ve had a hard comeback, found my passion again. Now I’m having fun.”

Part of that fun for Pennington is engaging the community. In recent days she has spoken out against bullying at Mountain Vista in Colorado Springs, traveled to Los Angeles to appear at an exposition and Tuesday served as the keynote speaker at The Gazette Preps Peak Performers banquet.

“When it felt like my career became a job, it just wasn’t fun,” Pennington said. “If I wanted to take a weekend vacation, it was looked down on like, ‘You’re not focused. You’re not doing this. …’ That played mental games with me. Now I got back to me, because I’m super outgoing, adventurous, spontaneous. And that’s what this past weekend (in Los Angeles) was, just jumping on a flight for field expo and interacting with people from all over.”

Pennington (9-7) will fight for just the second time in 14 months when she tries to stop a three-fight winning streak for Aldana (10-4).

Pennington lost last May in a title fight in Rio de Janeiro against Amanda Nunes that led to controversy when she told her corner “I’m done,” but was sent out by Kutz and bloodied in a technical knockout.

Pennington then lost in November to Germaine de Randamie in Denver.

She remains the No. 3 ranked bantamweight challenger and said she is finally healthy. Prior to the Nunes fight, she had undergone three surgeries after a victory over Miesha Tate and took 18 months off to recover.

“It was hard to come back from a long layoff and go into a high-profile fight like that (against Nunes), but I gave it my best shot,” Pennington said. “It was frustrating because I suffered a leg injury before that. I messed up my leg in the first 30 seconds. Trying to survive that was hard. That took a toll on me mentally, physically and emotionally. I didn’t really know how to bounce back.”

Now, she’s splitting her time between three trips per week to Denver and stops around Colorado Springs at The Arena and Colorado Springs Brazilian Jiu Jitsu near Nevada and Fillmore, and has found a sense of contentment that had been missing.

“You’ve got to embrace those little moments,” she said. “Those were the moments I had actually forgotten about. I had to reset and I had to look at my path leading up to this and become proud of myself again. It’s fun, so I’m excited for each and every step that’s to come.

“I’ll be back out there achieving the ultimate and winning that world title.”

Air Academy's Thad Dewing was named by Gatorade as this year's top boys' soccer player after he led the Kadets to back-to-back state titles.