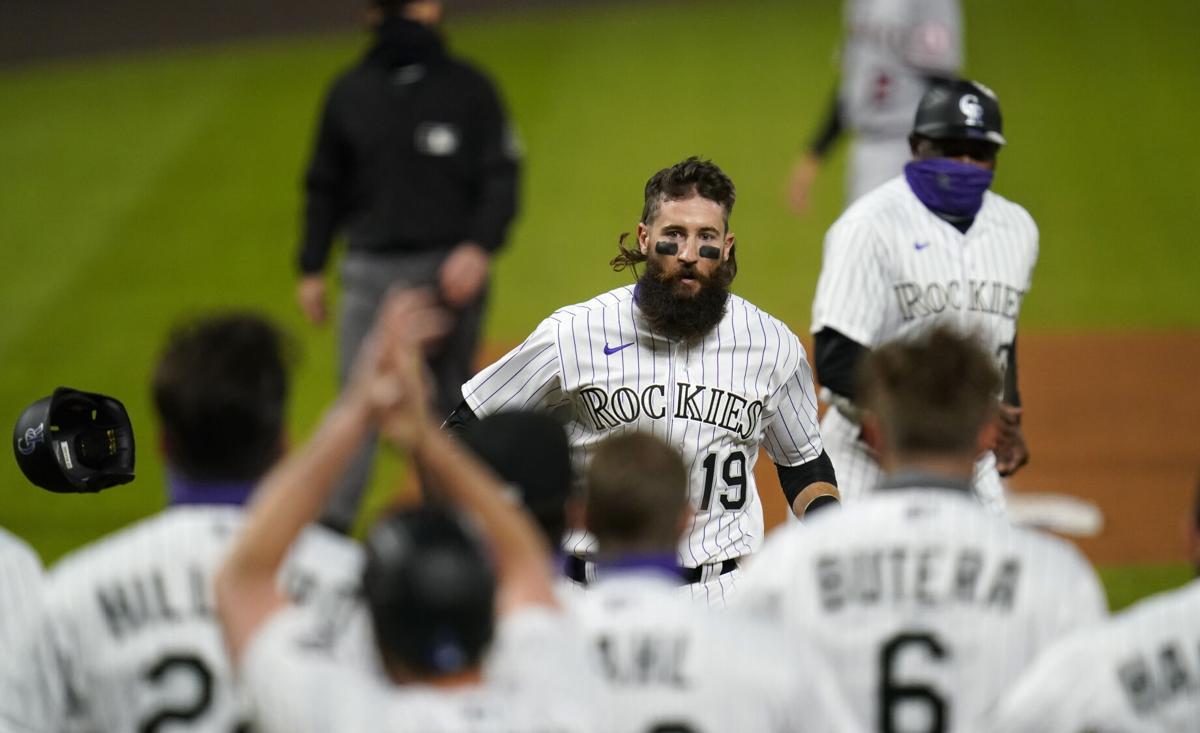 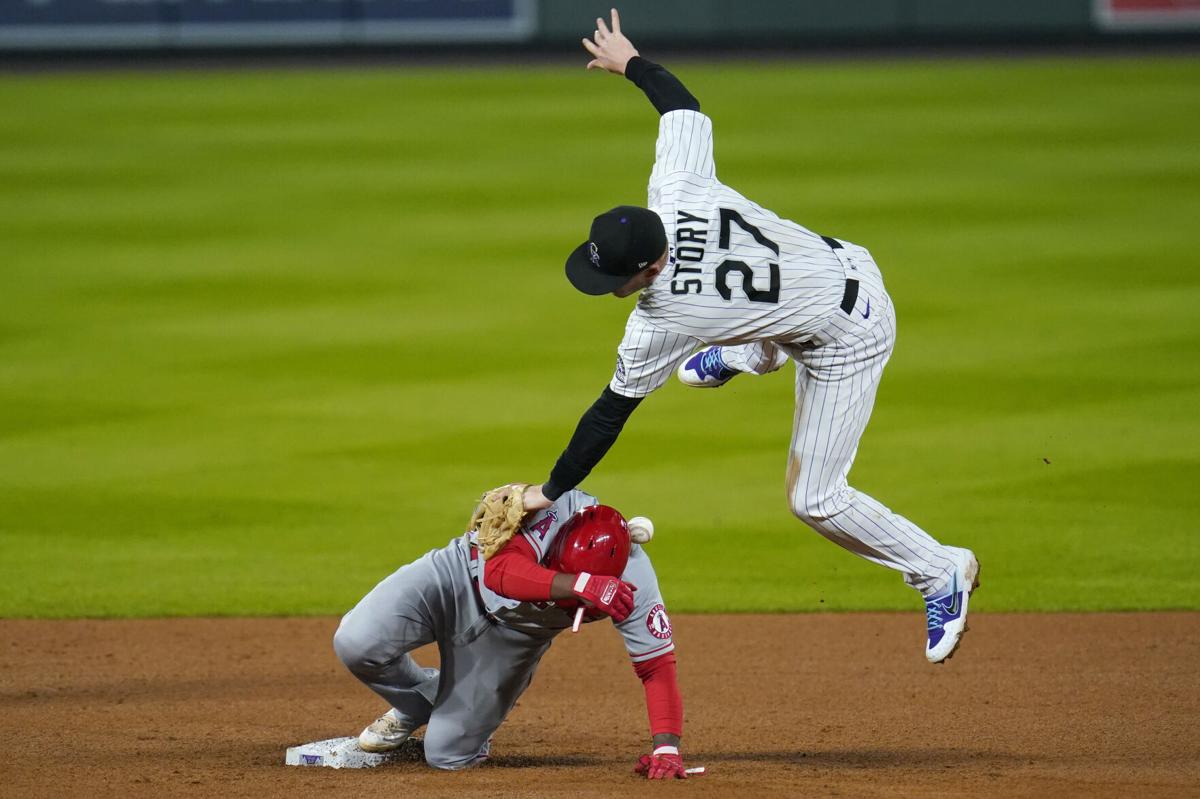 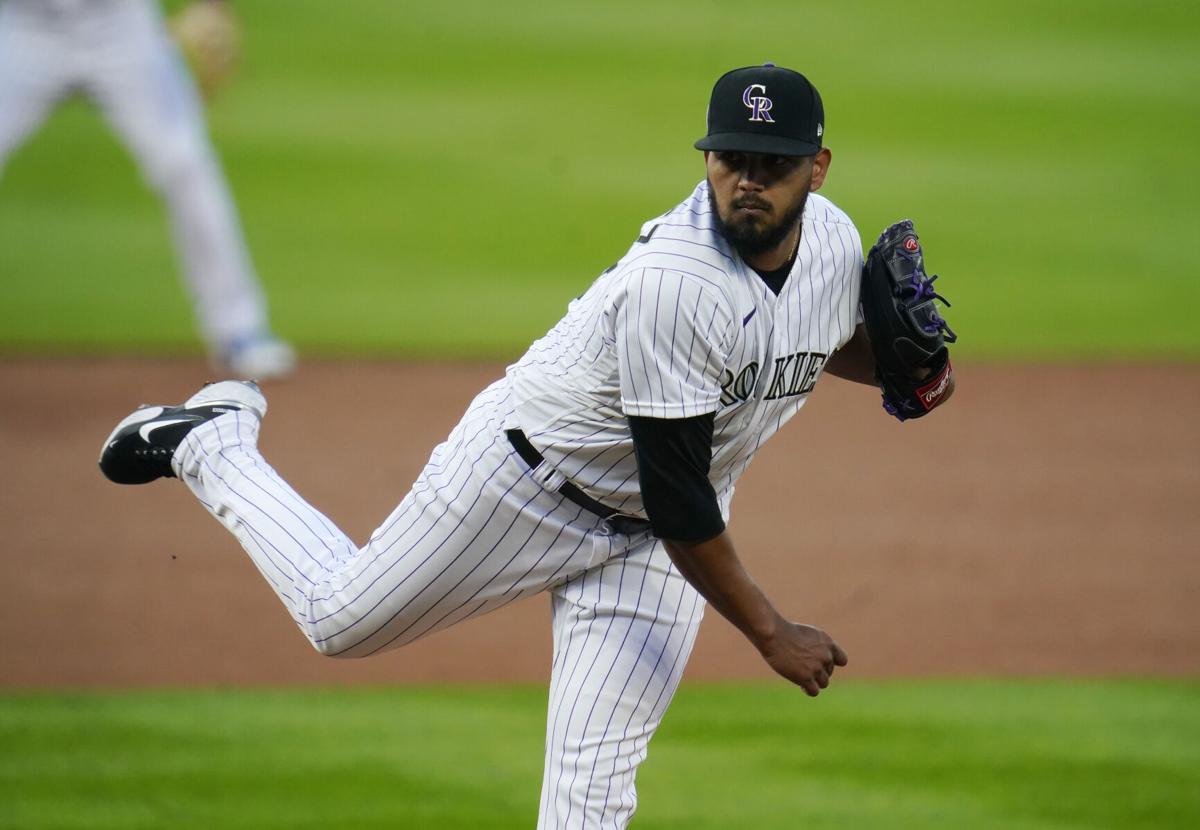 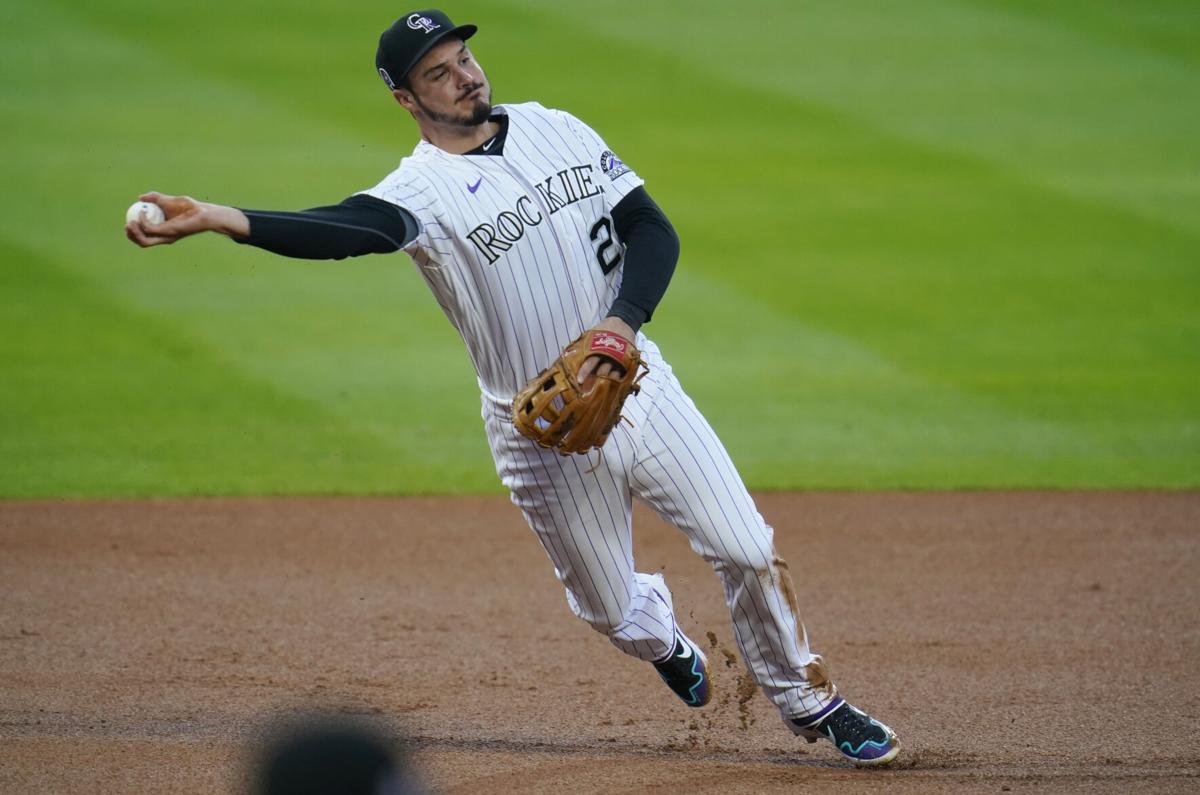 Colorado Rockies third baseman Nolan Arenado throws late to first base after fielding an infield single off the bat of Los Angeles Angels' Jared Walsh in the first inning of a baseball game Friday, Sept. 11, 2020, in Denver. (AP Photo/David Zalubowski) 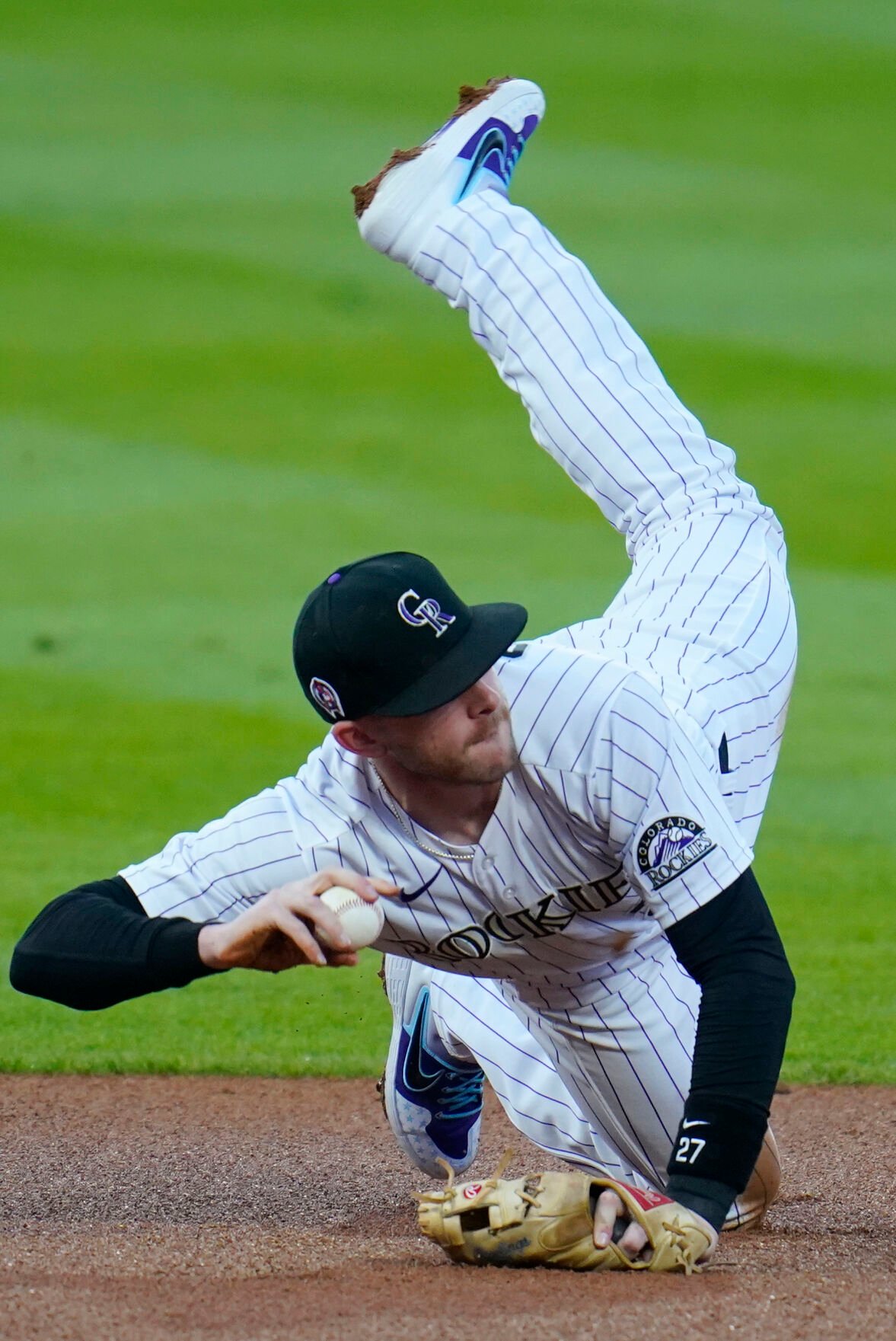 Colorado Rockies third baseman Nolan Arenado throws late to first base after fielding an infield single off the bat of Los Angeles Angels' Jared Walsh in the first inning of a baseball game Friday, Sept. 11, 2020, in Denver. (AP Photo/David Zalubowski)

Hope had seemed lost. That is, until Ryan McMahon sent a ball 383 feet to retrieve it. Then Charlie Blackmon finished the deal with a two-out grand slam.

Those home runs rescued the Rockies and then put an exclamation on an 8-4 victory over the Angels at Coors Field that, minutes before, looked like another one that got away but instead ended with Colorado bouncing off in celebration.

“That particular at-bat, I really just needed to not make an out. That’s it,” said Blackmon, who hit a 3-1 pitch out to right field off Jose Quijada. “I really wasn’t trying to hit for extra bases or swing hard.”

The bottom of the ninth started with an out before McMahon, who had struck out in two previous at-bats, homered to right. A Josh Fuentes double, Daniel Murphy intentional walk, Raimel Tapia strikeout and Trevor Story walk set up Blackmon’s heroics.

But as spectacular as Blackmon’s moment was, it was McMahon’s home run that lowered the stakes.

“What you’ve done before doesn’t matter,” said McMahon, who entered with a .215 average and the team-high in strikeouts. “It’s all about what you do moving forward. That’s the approach we’re taking as a team.

“It definitely felt good to help the team. That’s what it’s all about, that’s one of the better feelings in this game.”

Until that point, it looked like the heroics belonged to the Angels.

Jared Walsh hit a solo blast off Mychal Givens to tie the game in the eighth, and catcher Anthony Benboom took Daniel Bard out with the go-ahead shot in the ninth.

Those were extra deflating when considering the performance starting pitcher German Marquez had provided as Colorado began this final homestand of the year, which will encompass nine games for a team trying to overcome a two-game deficit for the final playoff spot in the National League.

Marquez fell behind 2-0 in the first inning as Jared Walsh and Mike Trout singled and scored on RBI singles from Anthony Rendon and Justin Upton.

After that rough start, Marquez settled in as the Rockies offense, behind an RBI double and triple from Trevor Story and a Blackmon sacrifice fly, erased the deficit. Marquez finished with five strikeouts and one walk in seven innings, he gave up six hits and two earned runs in the quality start.

He factored into the equation for the victory, and that’s what the Rockies need more of in this final push.

“I just like the way we played,” manager Bud Black said. “Our guys stayed at it. There was an intensity in the dugout that was prevalent all night. It was a good win. A good team win.”