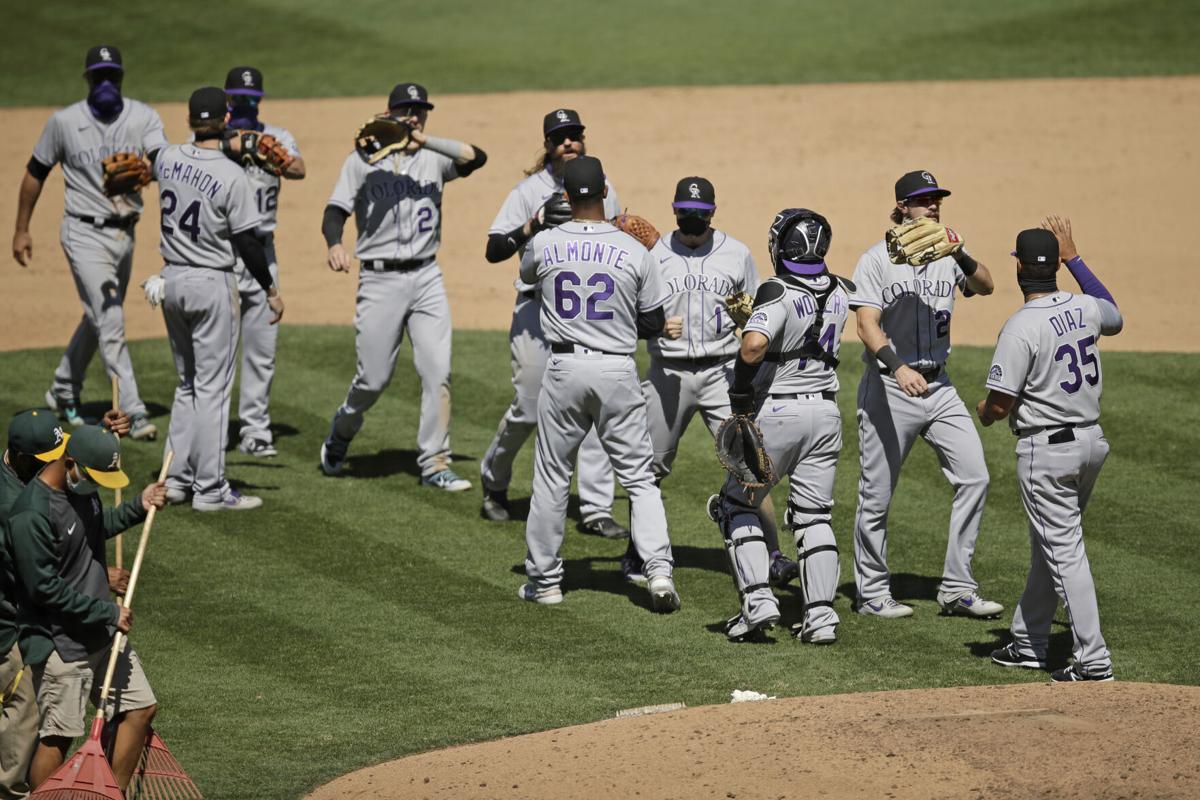 Colorado Rockies celebrate after the 5-1 defeat of the Oakland Athletics at the end of a baseball game Wednesday, July 29, 2020, in Oakland, Calif. (AP Photo/Ben Margot) 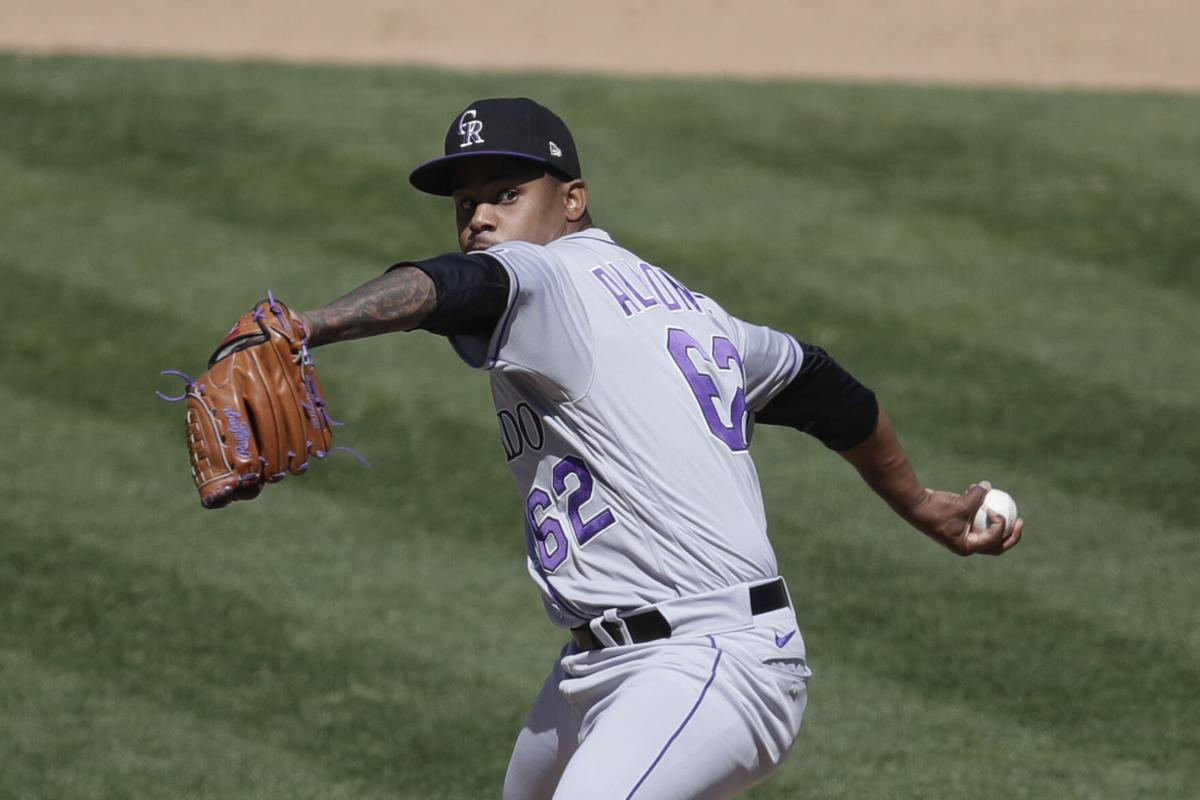 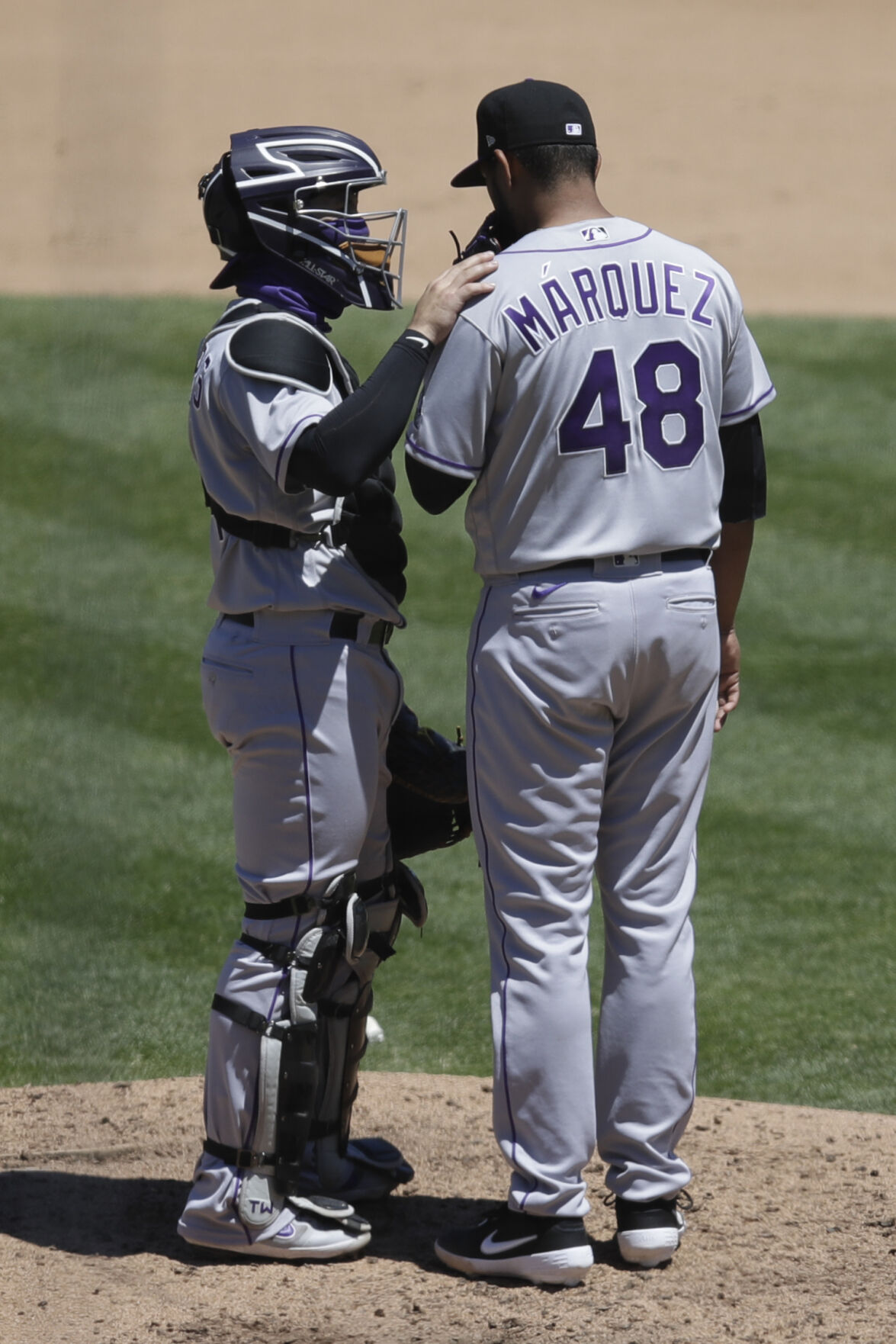 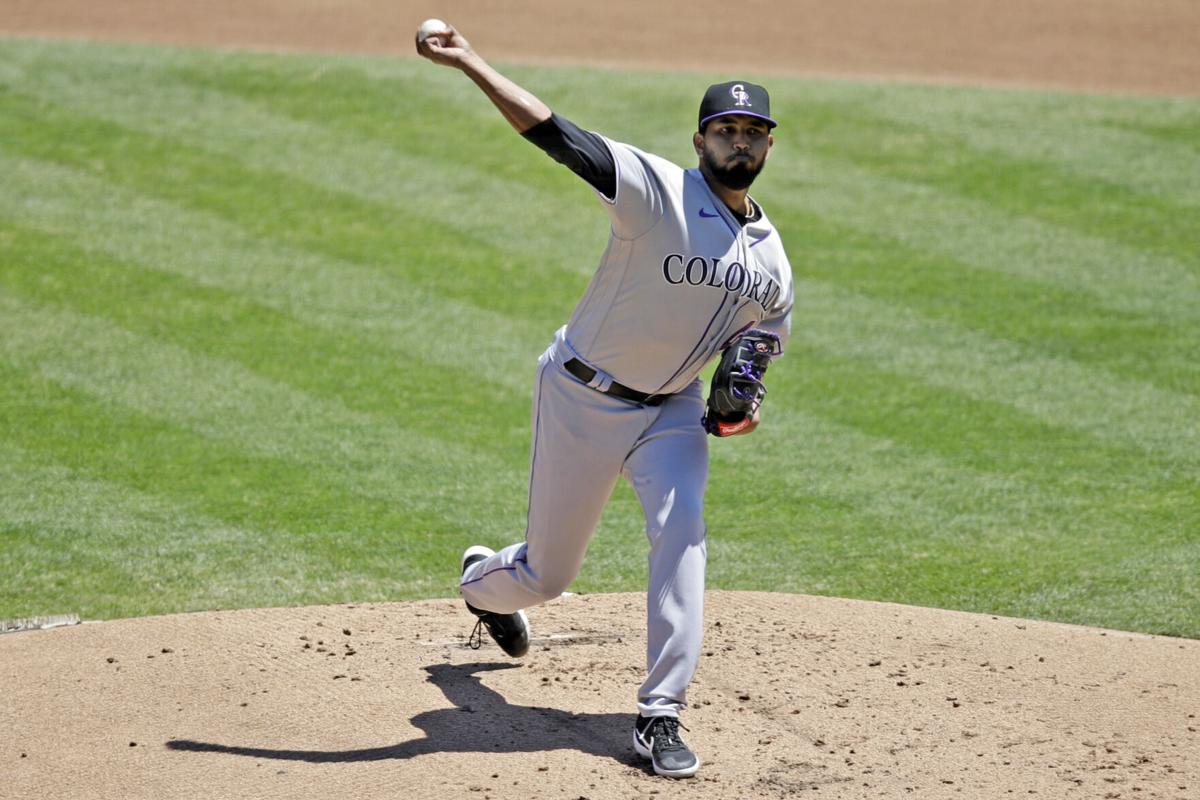 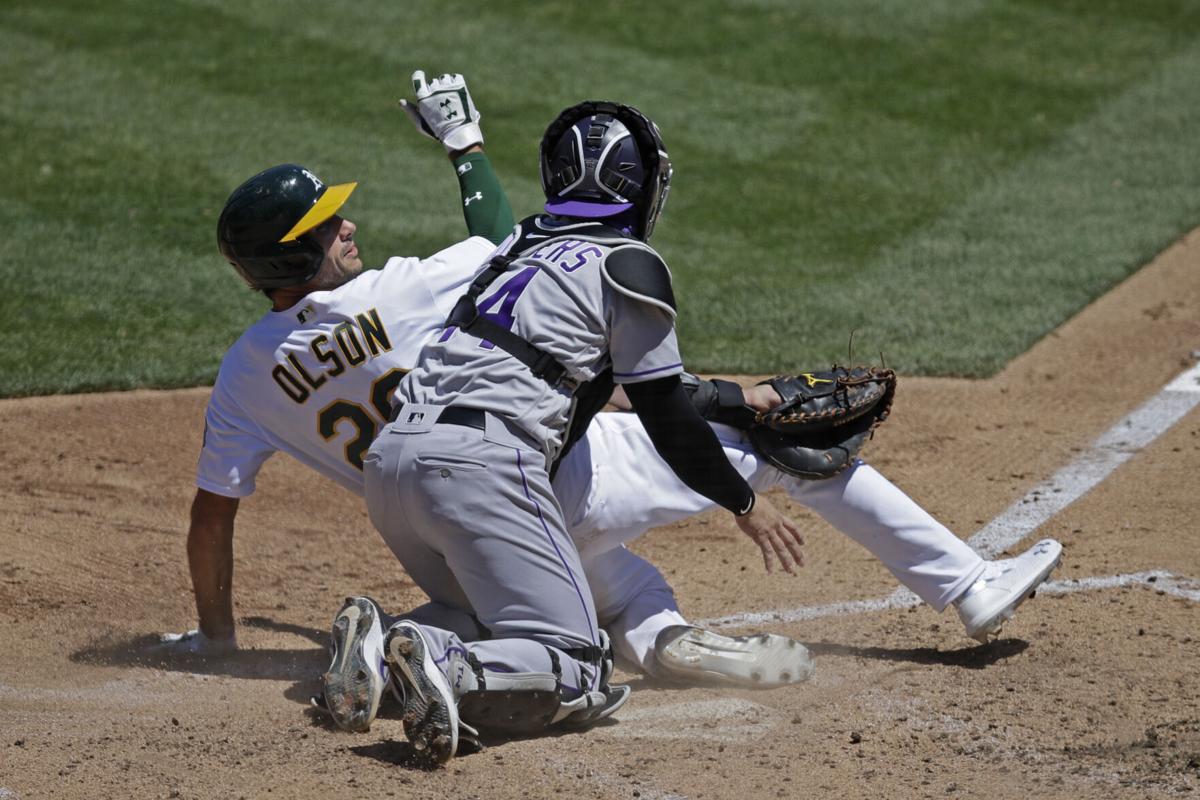 Colorado Rockies celebrate after the 5-1 defeat of the Oakland Athletics at the end of a baseball game Wednesday, July 29, 2020, in Oakland, Calif. (AP Photo/Ben Margot)

No staff in baseball has received better pitching than the Colorado Rockies this season. And Wednesday afternoon brought the best outing yet.

German Marquez mowed through Oakland for six innings, the bullpen was again unblemished, and the Rockies won 5-1 to capture their fourth straight, finish a two-game sweep of the Athletics and complete a season-opening road trip 4-1.

Marquez, the team’s opening day starter and burgeoning ace, struck out eight in six innings with one walk. He had two of those strikeouts through his first six pitches. The only run he allowed came on a full-count high fastball to Matt Chapman.

“I think he can look to the big boys around our league and around baseball and truly believe that he can match up with any of those guys,” Colorado manager Bud Black said. “So there’s a true conviction in his belief in his ability, and I love that about him.”

Marquez (1-1) picked up his first victory after suffering a tough-luck 1-0 loss in the season opener at Texas on Friday. A balance offense supported him in this one, though he left with a slim 2-1 lead. Six Rockies players scored or drove in a run on Wednesday, none more stunningly than Trevor Story scoring from second base on a hustle play when Oakland mishandled a Charlie Blackmon comebacker to the mound.

Colorado is now five-for-five in receiving strong performances from starting pitchers. The group – Marquez in two starts; Jon Gray, Kyle Freeland and Antonio Senzatela in one apiece – have a 2.30 ERA in 27 1/3 innings with 25 strikeouts.

Wednesday's performance set a season-high in strikeouts (11) with a season-low in walks (2) and it matched the season low in runs allowed.

Marquez said the competition within the rotation has helped the success become contagious.

“It’s a big help to me to compete with us,” he told The Gazette after the start. “I’m so happy those guys are good. It’s good.”

The Rockies come home on Friday, opening the home schedule in this 60-game season when San Diego visits.

German Marquez gave the Rockies their best pitching performance of the season, and that’s saying something.