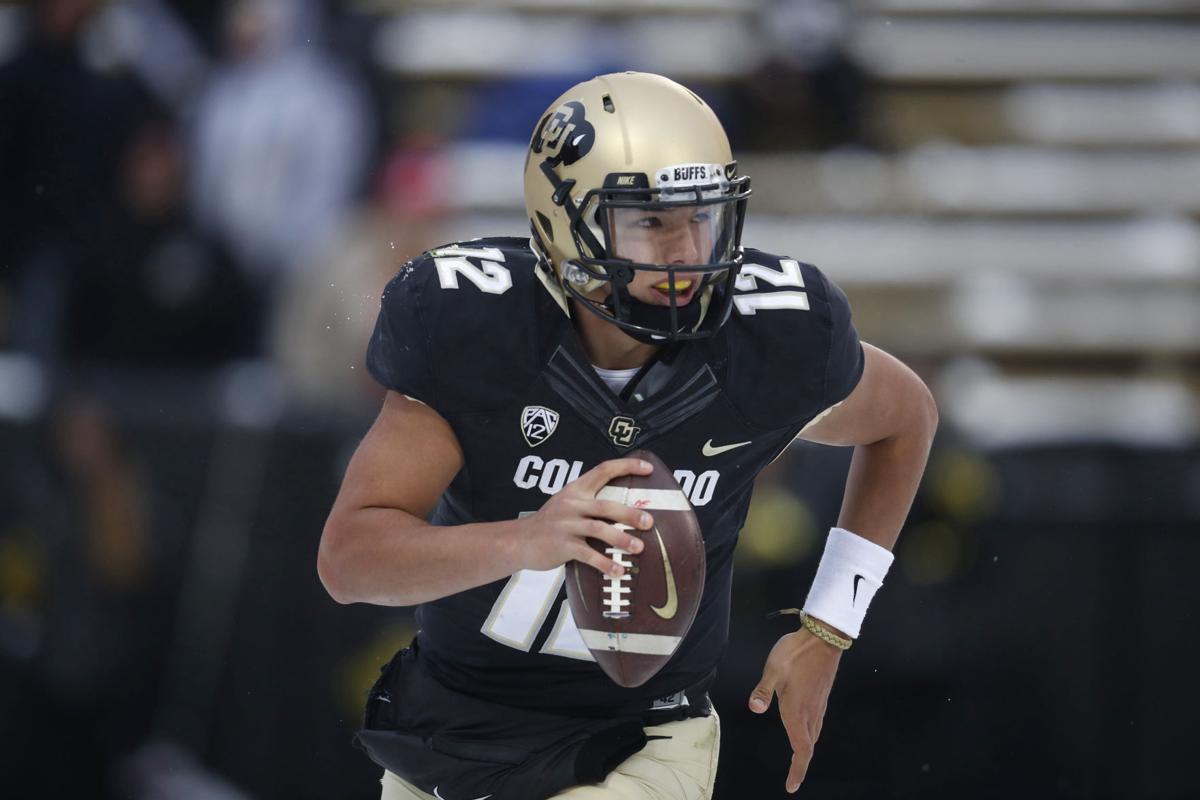 Hold For Paul Kazdan For Use With Story Slugged Colorado Preview Football--FILE--In this Saturday, Nov. 17, 2018, file photograph, Colorado quarterback Steven Montez rollsout for a pass in the second half of an NCAA college football game against Utah in Boulder, Colo. (AP Photo/David Zalubowski, File) 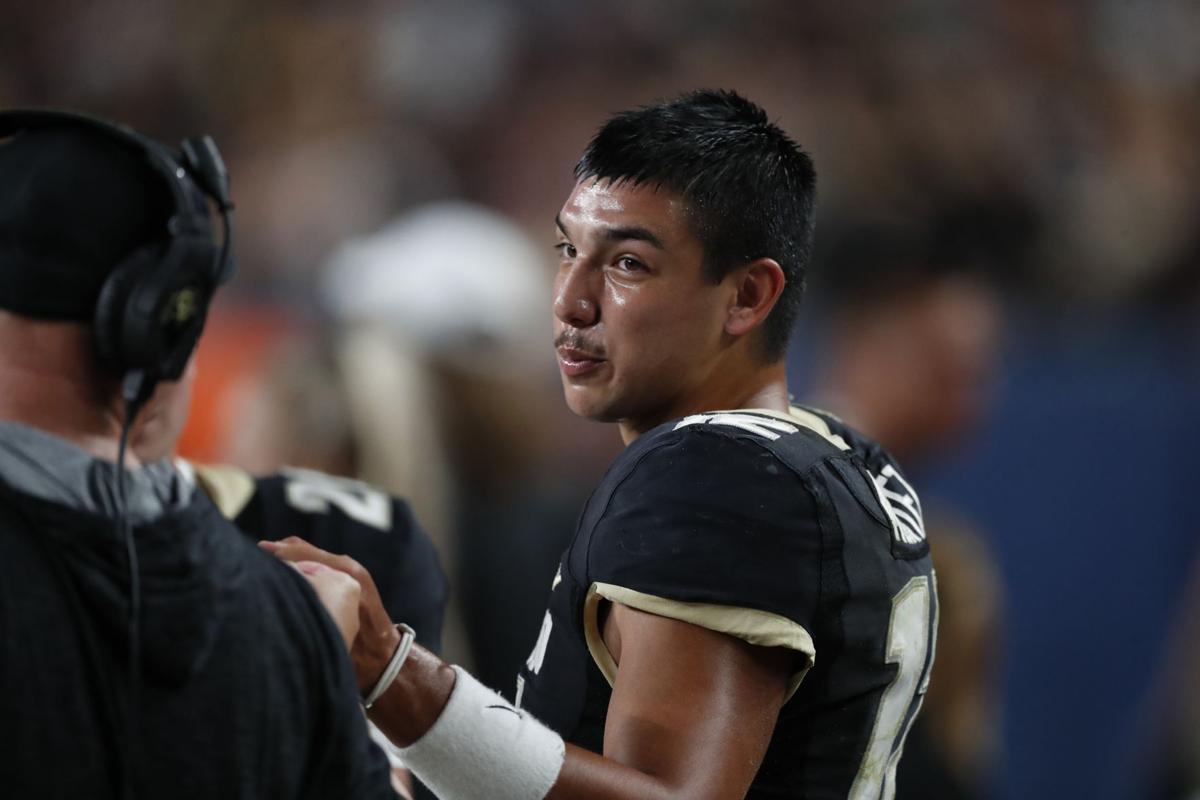 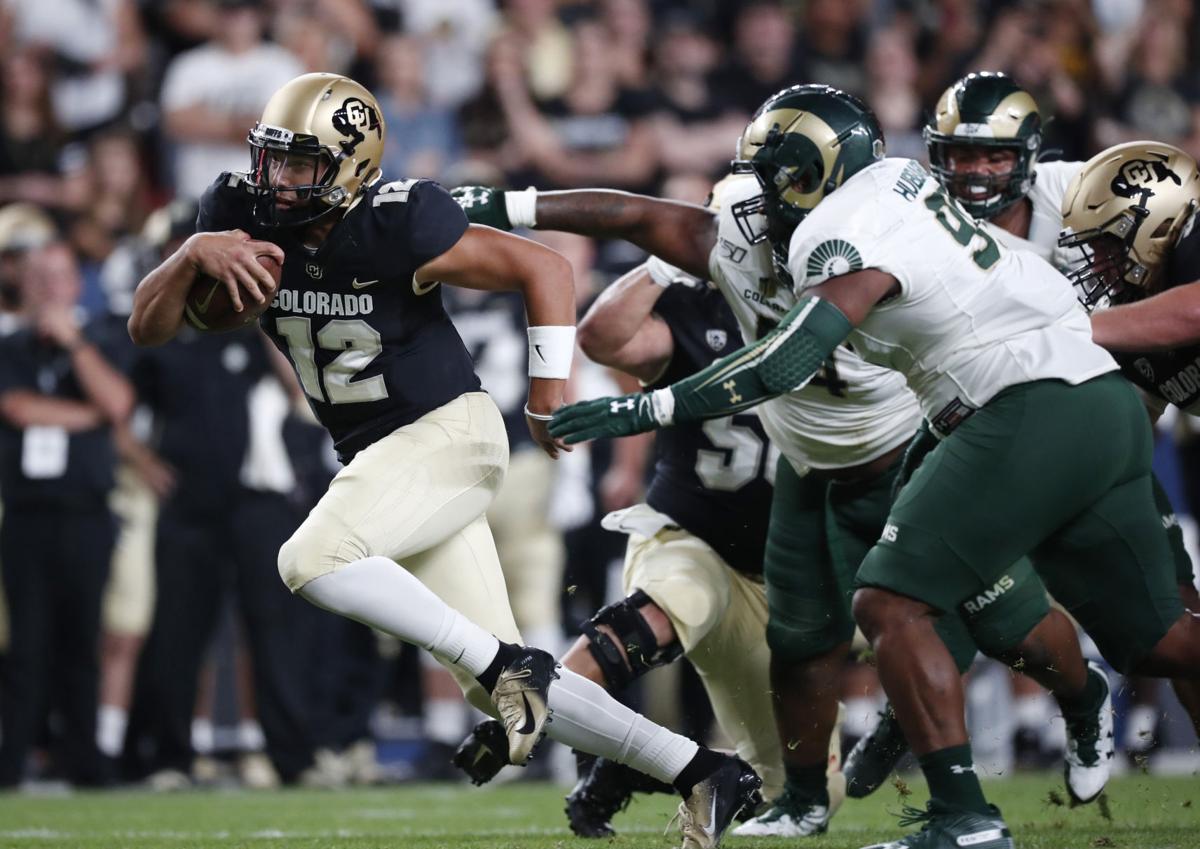 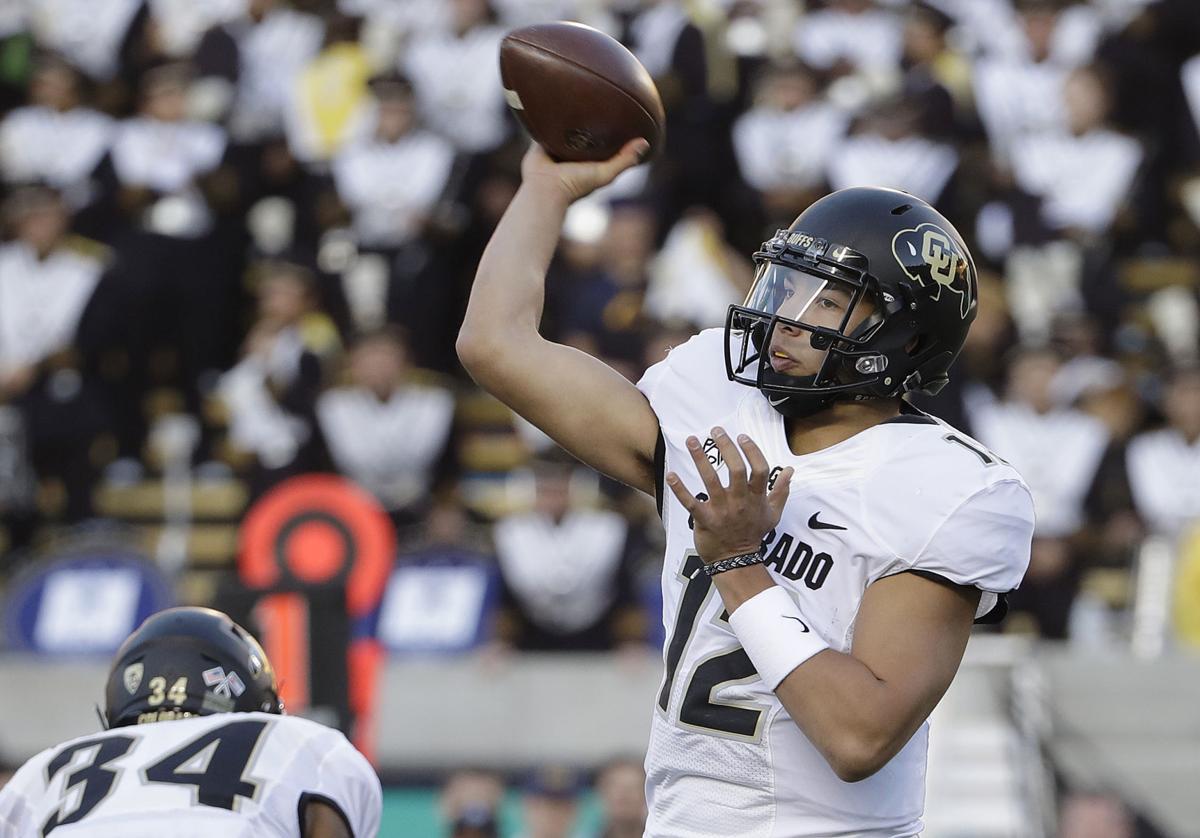 Hold For Paul Kazdan For Use With Story Slugged Colorado Preview Football--FILE--In this Saturday, Nov. 17, 2018, file photograph, Colorado quarterback Steven Montez rollsout for a pass in the second half of an NCAA college football game against Utah in Boulder, Colo. (AP Photo/David Zalubowski, File)

The Colorado senior doesn’t often think of what would have been had he made that choice when the Falcons targeted him early in his recruiting process.

“I probably would have been a lot lighter, that’s for sure,” Montez said. “I wouldn’t be as heavy as I am now. What ifs, I guess.”

To see the 6-foot-5, 230-pound Montez now, it’s difficult to envision him navigating an option offense. But Air Force coach Troy Calhoun has confidence it would have been a good fit.

“We would have made it work,” Calhoun said.

Montez will face Air Force this week as the Falcons and Buffaloes resume a rivalry in Boulder that has been on pause for 45 years. He brings into the game a résumé that includes two of the top five seasons in program history in passing yards. He entered this season No. 3 in Colorado history in total offense (7,648), No. 4 in passing yards (6,841), No. 3 in touchdown passes (46). The Buffaloes have had four seasons where individuals accumulated more than 3,000 yards of total offense, and Montez has two of them. Take away sacks, and he has 1,273 rushing yards with 6.24 yards per carry.

That’s what the Falcons saw when they were among the first to recruit the El Paso, Texas, native.

Montez had only a scholarship offer from hometown UTEP when the Falcons sent a scout to watch him throw. A few days later, the Falcons made him an offer over the phone.

“I got the offer and I was extremely excited about it,” Montez said. “But I didn’t want to go the military route. So it was just kind of there. I was leaning more toward UTEP.”

He didn’t completely dismiss the opportunity.

He said he spoke with a relative in the military for insight, but he just didn’t see it as a fit.

“It just didn’t sound like the thing for me,” said Montez, who threw for 375 yards and two touchdowns in a victory Saturday over Nebraska. “I just wanted to go to a regular college or university.”

Colorado didn’t sneak into the picture until late in the process. A recruiter was in town to see another prospect and asked if there was anyone else he should watch. He was led to Montez, who threw routes through dust and into a 30 mph wind.

The Buffaloes soon offered, and Montez has since appeared in 37 games for Colorado with 29 starts.

“He was a really, really good player,” Calhoun said. “He was mobile, he was big, he was strong, he was an outstanding high school football player and he is a tremendous college football player, too.”

On Saturday, Air Force Falcons football played the CU Buffs for the first time in 45 years, renewing a series that was suspended  a year after…

Air Force receiver David Cormier is suspended for an academy infraction, but he's able to help the Falcons in practice by playing the part of Colorado star Laviska Shenault Jr.