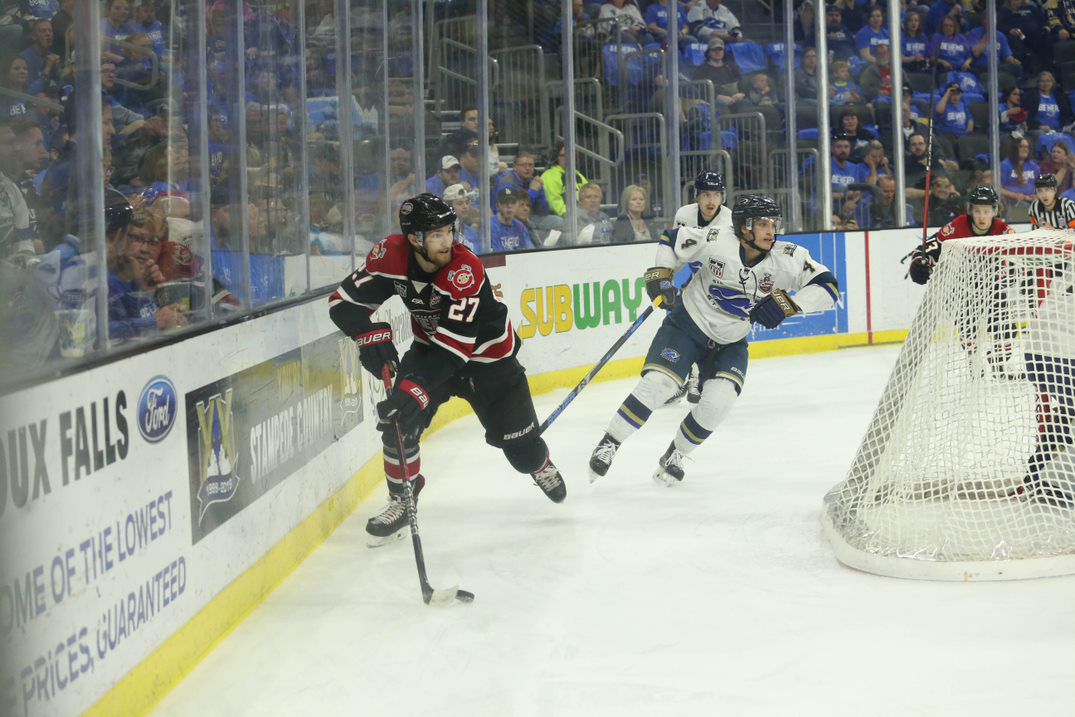 Colorado College freshman Josiah Slavin takes the puck behind the net in the offensive zone in a 2019 game then with the USHL’s Chicago Steel. 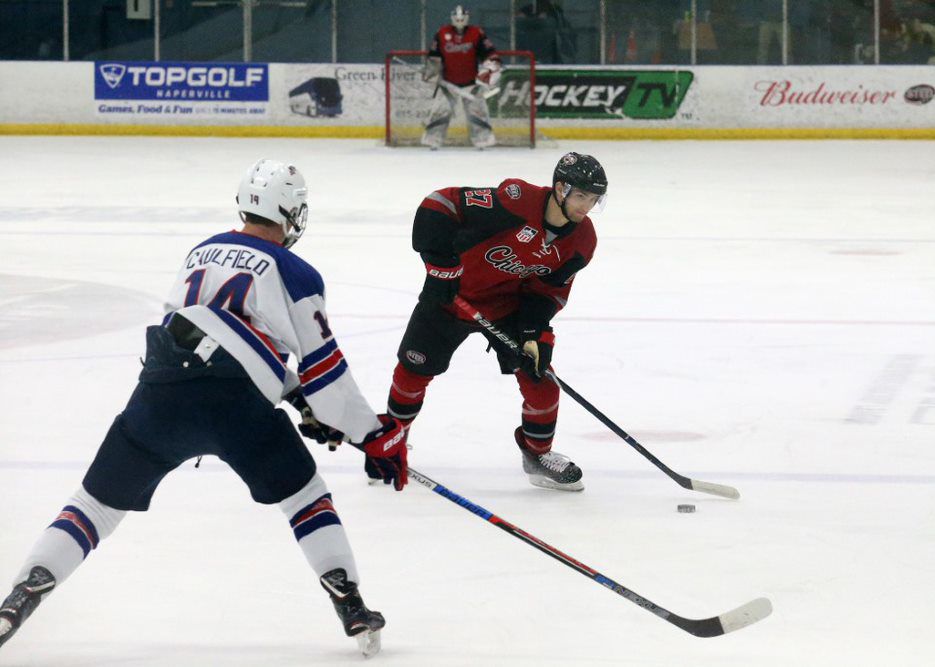 Josiah Slavin stickhandles in the offensive zone during a 2019 game with the Chicago Steel of the USHL.

Colorado College freshman Josiah Slavin takes the puck behind the net in the offensive zone in a 2019 game then with the USHL’s Chicago Steel.

Josiah Slavin stickhandles in the offensive zone during a 2019 game with the Chicago Steel of the USHL.

He’s used to it at this point: “What’s up, Jaccob Slavin’s brother?”

When you’re walking the same hallways as an increasingly famous NHL star who shares your last name, comparisons are inevitable.

Jaccob attracted national attention during his first NHL postseason this spring, where he set a franchise record for playoff assists with 11, came one short of tying the league record for assists by a defenseman in one playoff series and drew gasps with his goal-line scoops.

He played for Colorado College from 2013 to 2015, where earned NCHC Rookie of the Year honors and led the team in scoring as a freshman. The Slavins are from Erie, and Josiah was at The Broadmoor World Arena for some of Jaccob’s CC games.

“I’d love to see him in a Tigers sweater someday,” Jaccob said of Josiah in 2017.

That wish came true. In Nebraska for junior hockey, Josiah realized how much he missed the mountains. When the time came to choose his next landing spot, he went with the familiar in CC — “the one place that felt really like home.”

The 6-foot-3 Chicago Blackhawks prospect cites his brother as the biggest influence on his career so far.

“I took the positive things out of his path and implemented them into mine,” Josiah said.

“I work as hard as he does. He truly showed me that growing up.”

Jaccob and Josiah were born 41/2 years apart, after Justin and sister Jordan, who played at North Dakota, and before the Colorado Thunderbirds’ Jeremiah, who is 6-1 and 185 pounds at 15 years old. The middle boys hit their growth spurts late. They’re both noted two-way players.

Josiah, however, is the only forward in the family.

Josiah briefly entertained the idea of becoming a goaltender, and suited up in the family’s basement so Jaccob could “rip shots” on him.

But eventually he realized he preferred the action up front.

“I don’t think he’s a big flashy guy, but he does everything right,” CC coach Mike Haviland said. “He’s not going to carry it end-to-end. But he’s smart in systems, knows where to go. Good hands in tight.”

And checking in with Air Force:

Josiah captained the United States Hockey League’s Lincoln Stars last season, and was traded to the Chicago Steel for their playoff run. He had 14 goals and six assists in the regular season for the Steel during, then added four each during a run to the Clark Cup finals.

He was taken in the seventh round, 193rd overall, in the 2018 NHL draft by the Blackhawks.

This summer he took part in the team’s development camp, where he had a hat trick during a scrimmage.

He arrived at CC in mid-August and is getting used to having so many demands on his time.

But he knows those hallways. And soon, hopefully, he won’t have to respond to “Jaccob Slavin’s brother.”

“In all three zones, he’s very reliable already,” Haviland said, “A guy you can trust as a coach.”

Grant Cruikshank may be Colorado College hockey's first sophomore captain ever, but he, along with senior Alex Berardinelli, showed the coaching staff they could lead the Tigers in 2018-19.