Colorado Avalanche goaltender Darcy Kuemper (35) makes a save on a shot from Tampa Bay Lightning left wing Ondrej Palat (18) during the first period of Game 3 of the NHL hockey Stanley Cup Final on Monday, June 20, 2022, in Tampa, Fla. 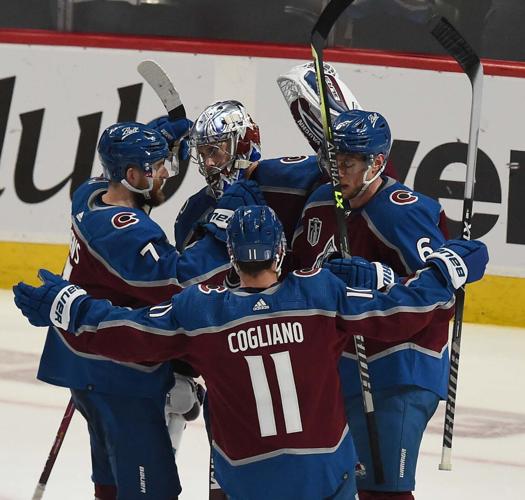 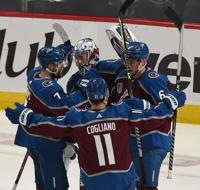 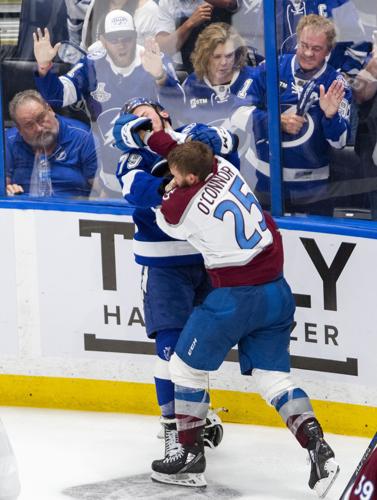 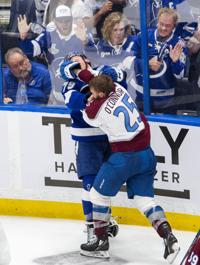 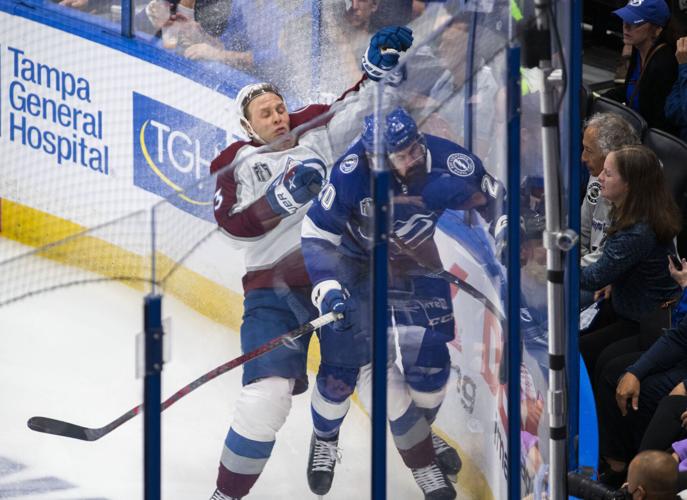 Colorado Avalanche goaltender Darcy Kuemper (35) makes a save on a shot from Tampa Bay Lightning left wing Ondrej Palat (18) during the first period of Game 3 of the NHL hockey Stanley Cup Final on Monday, June 20, 2022, in Tampa, Fla.

TAMPA, Fla. • It was never going to be easy for the Avalanche.

Colorado had arguably its worst performance of the playoffs Monday night in Tampa Bay, just two days after the best performance. The result was a 6-2 beat down from the Lightning in Game 3, with the Avalanche still leading the Stanley Cup Final series 2-1.

"We're going to have a short memory," Nathan MacKinnon said. "You know, we're going to lose games. We've won every game on the road, so I guess we were kind of due for a tough night. Like I said, it wasn't all bad. I thought we did a lot of good things. We controlled the play a lot. It's just every mistake we made, they capitalized on.

"This is the Stanley Cup Final. We weren't expecting a sweep."

How will the Colorado Avalanche's Stanley Cup Final series end?

The Avalanche were not as sharp defensively Monday, allowing the Lightning to generate 32 shots on goal, compared to just 16 in Game 2. And goalie Darcy Kuemper — who had a shutout Saturday — was pulled halfway through the second period, allowing five goals on 21 shots. Pavel Francouz finished in goal for Colorado and coach Jared Bednar said after the game that he will make a decision who starts Game 4 later this week.

Bednar added that while Kuemper didn't have his best game, the entire team had an off night defensively.

"I didn't like our execution tonight," Bednar said. "I felt like the goals we gave, honestly, we didn't make them earn it."

Colorado scored first for the third straight game, with Gabriel Landeskog scoring his first of two power play goals of the night. But the Lightning gained their first lead of the series in the first period, with back-to-back goals by Anthony Cirelli and Ondrej Palat.

The Avalanche struggled with puck control in the first and second periods, giving the puck away several times in front of their own net that led to prime scoring opportunities for the Lightning. In the first two periods, Tampa Bay had an 11-3 advantage in slot shots, on which they scored five of their six goals.

"It's just about finding the guy behind you," Mikko Rantanen said. "They're a very good team. They're going to get behind if you don't take a look. Offensively, I thought we had some chances. Their goalie played his best game of the series, so we've just got to bounce back."

The Avalanche knew they were going to get the Lightning's best shot after taking a 2-0 series lead. The back-to-back champs have been in this spot before, trailing 2-0 in the Eastern Conference Final against the New York Rangers and then winning four straight.

Still, the Avalanche are confident they will respond to the loss, as they have all playoffs.

"There was chatter right away," Rantanen said. "Nobody was silent after we went to the locker room after the game. It's not easy to beat Tampa three in a row. I think everybody knows that. We know we had some chances. We know we have to be better on the defensive side."

"Right now, I still feel like we're in the driver's seat up 2-1 going into Game 4," MacKinnon said. "I think we would've taken that before the series started. We've got to really show up for Game 4 here, and regroup and be better.

"Good or bad, we’re not going to trade our spot with anyone in the world. We feel good about our team."

The Avalanche were not happy about a review that took place early in the first period after what appeared to be a goal by Valeri Nichushkin. The goal was called back after a lengthy review and the officials determined Colorado was offsides.

After the game, both MacKinnon and Bednar expressed their frustration not with the call, but with how long the Lightning had before they officially challenged the goal. Bednar said the Lightning "probably had three times as long as we normally do."

"They're about to drop the puck and then everybody started screaming again," MacKinnon said. "I don't know the rule and how much time they have to look at it, but I don't think it's three minutes. I think the ref has to drop it. I don't what they're waiting for."