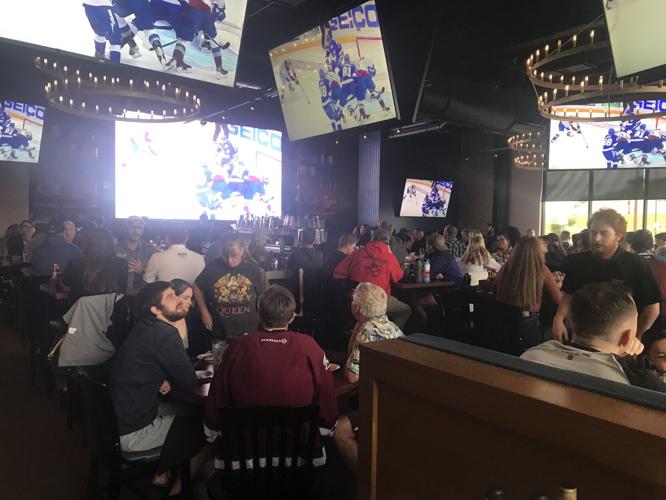 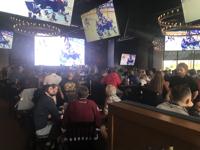 At the ViewHouse restaurant, Colorado Avalanche fans watch their home team defeat the Tampa Bay Lightning on several of the venue's 50 televisions. 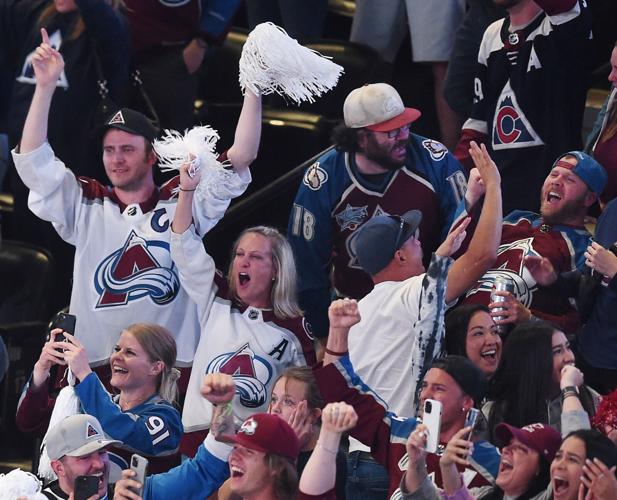 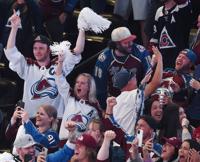 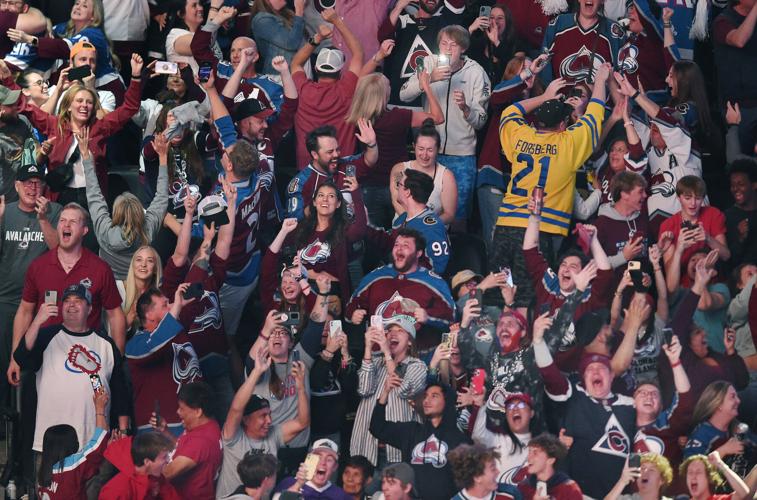 At the ViewHouse restaurant, Colorado Avalanche fans watch their home team defeat the Tampa Bay Lightning on several of the venue's 50 televisions.

Sports bars in Colorado Springs were packed wall to wall as Avalanche fans turned out in droves to witness their favorite team’s first Stanley Cup championship in 21 years.

At the ViewHouse restaurant on Campus Drive, near the Woodmen Road I-25 exit, hundreds of revelers watched Game 6 on 50 televisions, forming one of the biggest watch parties in the city, according to manager Caelen Craver.

“I grew up in Texas, so I wasn’t much of a hockey fan growing up,” Craver said. “But I’m enjoying this. These are great fans, and the excitement starts to rub off after awhile.”

As if on cue, the Avs scored a second-period goal to take a 2-1 lead that they would never relinquish. The ViewHouse crowd went crazy.

At the Overtime Bar and Grill on Union and Dublin Boulevard, the crowd was smaller, but no less raucous.

Dan Prellberg had only owned the bar for a year when the Avs won their last Stanley Cup championship, in 2001. The night is still memorable for him, not only because the home team won, but because of a technical glitch that would have caused pandemonium had it happened a little sooner.

“It was crazy in here; you could feel the floor shaking,” Prellberg said. “About 10 minutes after the game ended, the light in the main TV failed. If it had happened 20 minutes earlier, my wife and I would have been hung in effigy.”

There was no malfunction Sunday night, but when the final seconds ticked away, it was narly impossible to hear as the bar exploded in cheers and applause. Friends hugged each other. Strangers chest-bumped. The floor shook.

“This has always been a great hockey crowd,” Prellberg said.

The roars quieted down after a few minutes, but no one seemed ready to leave.

“It would have been really great if the Avs had won here, in Colorado,” said Stephen, a longtime Avs fan and Overtime patron. “But this is awesome. I’ll take it.”

A parade for the Stanley Cup champion Colorado Avalanche will be held at 10 a.m. Thursday.