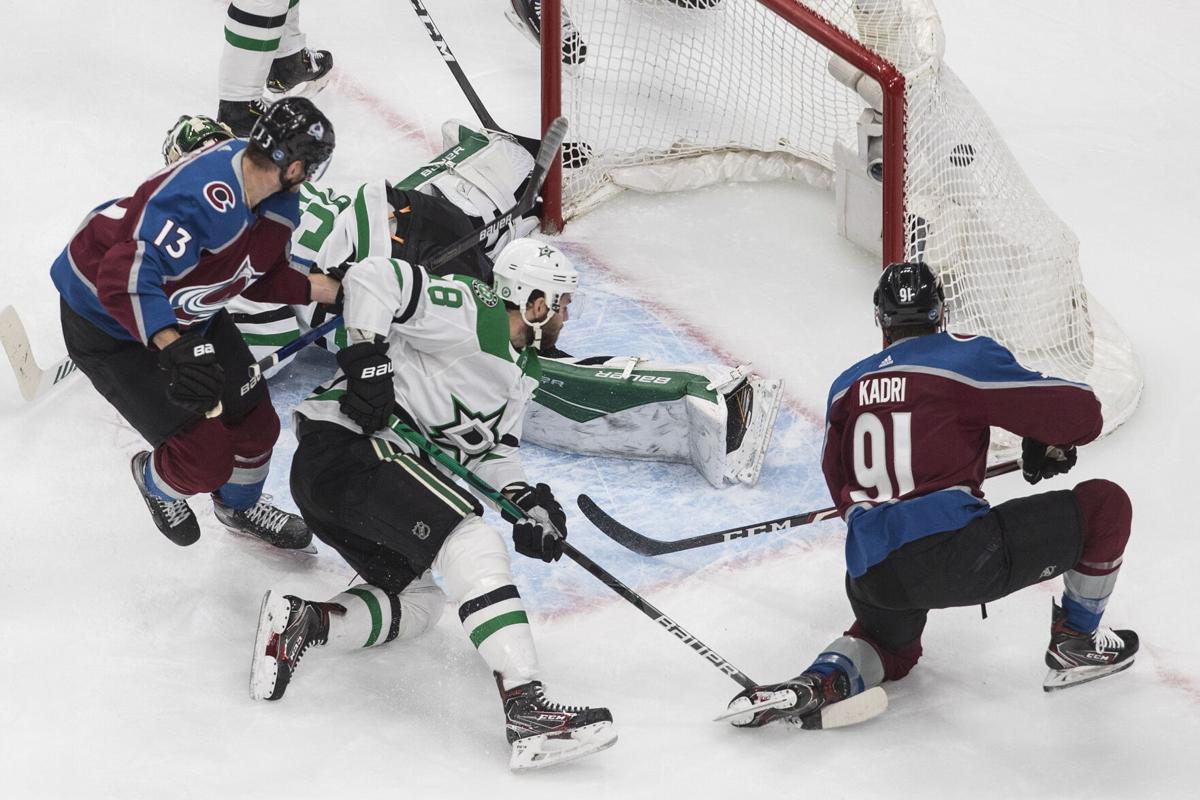 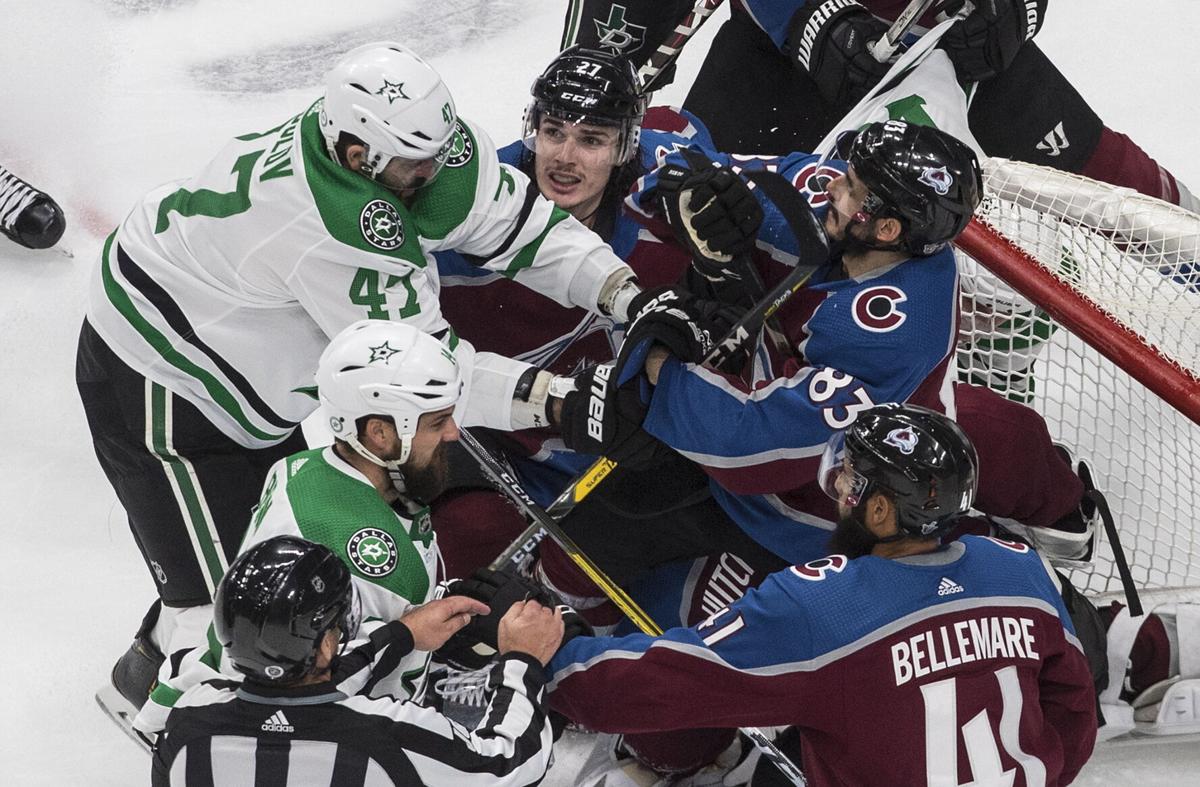 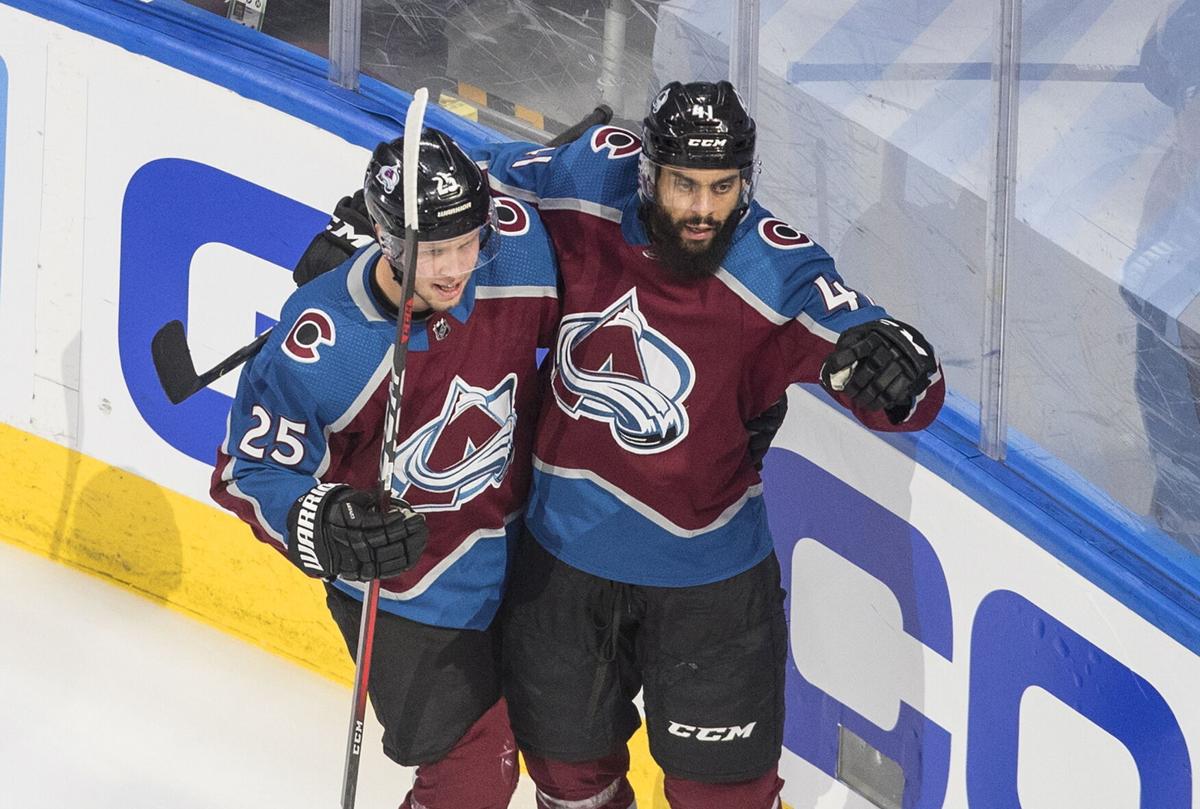 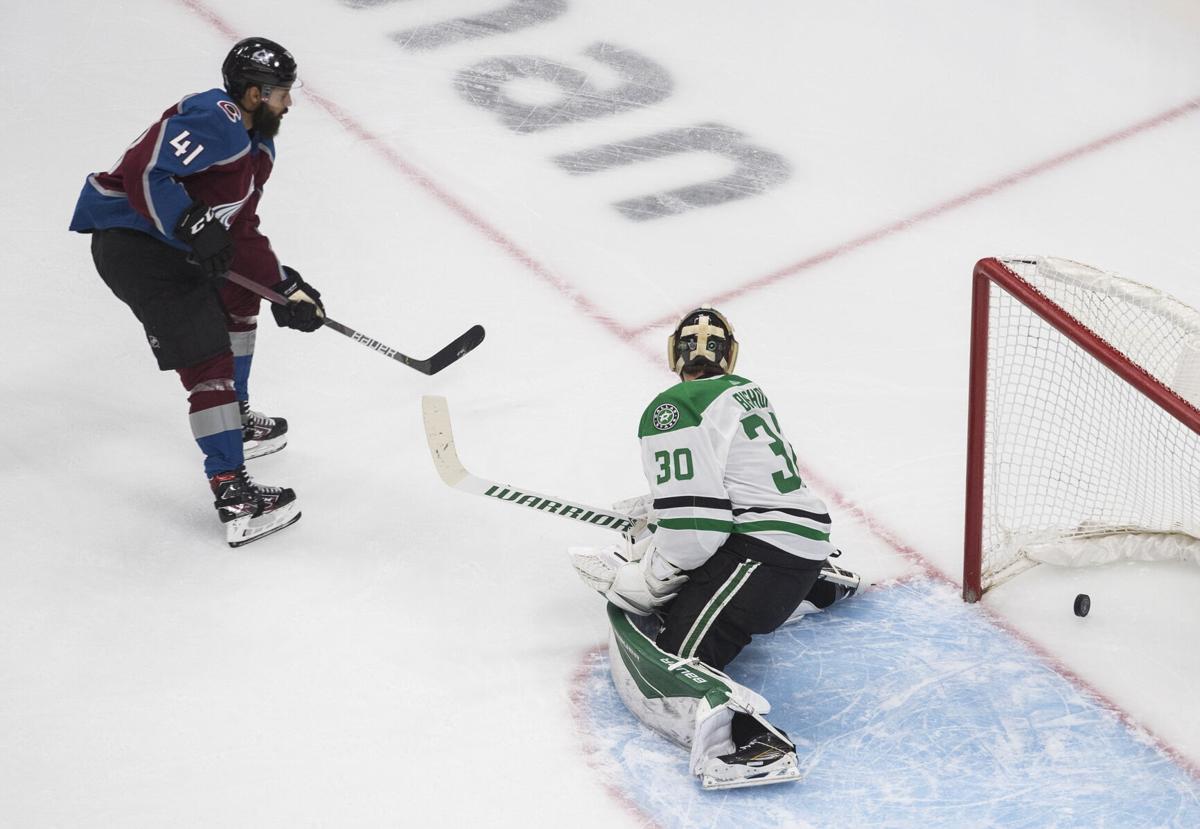 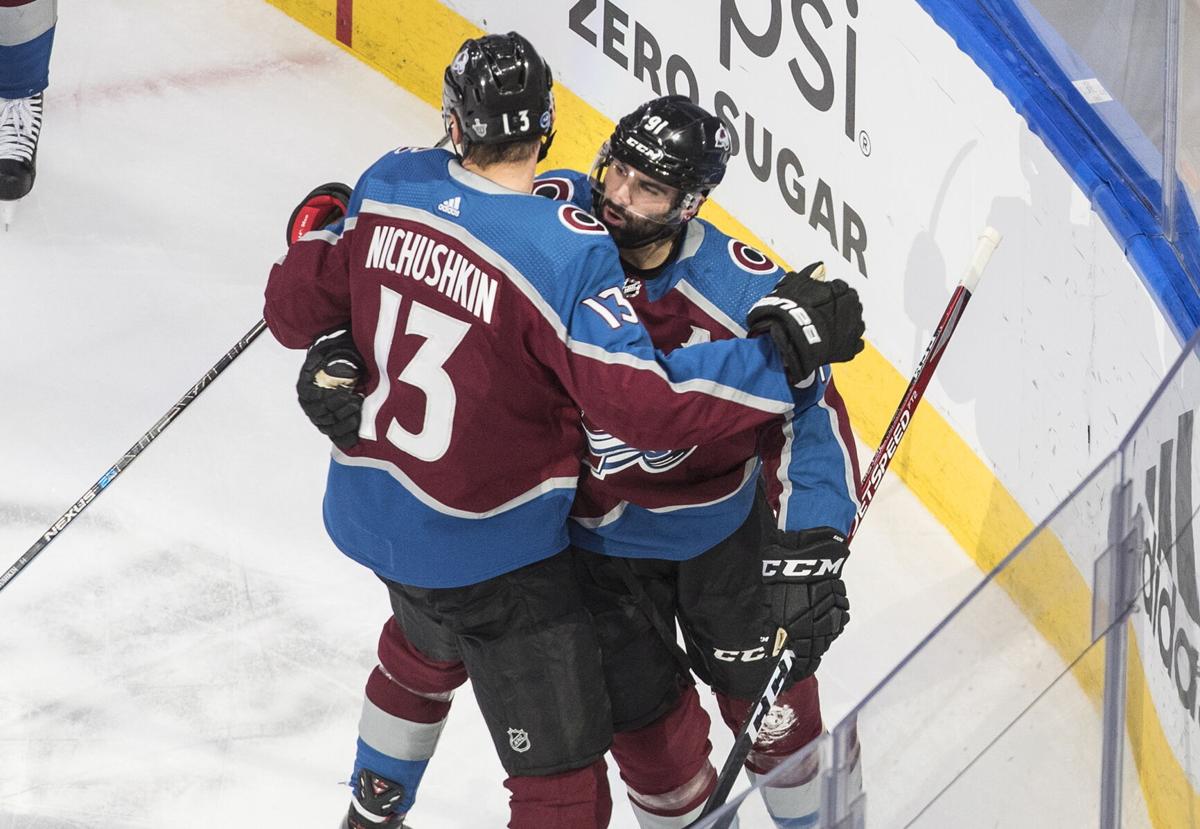 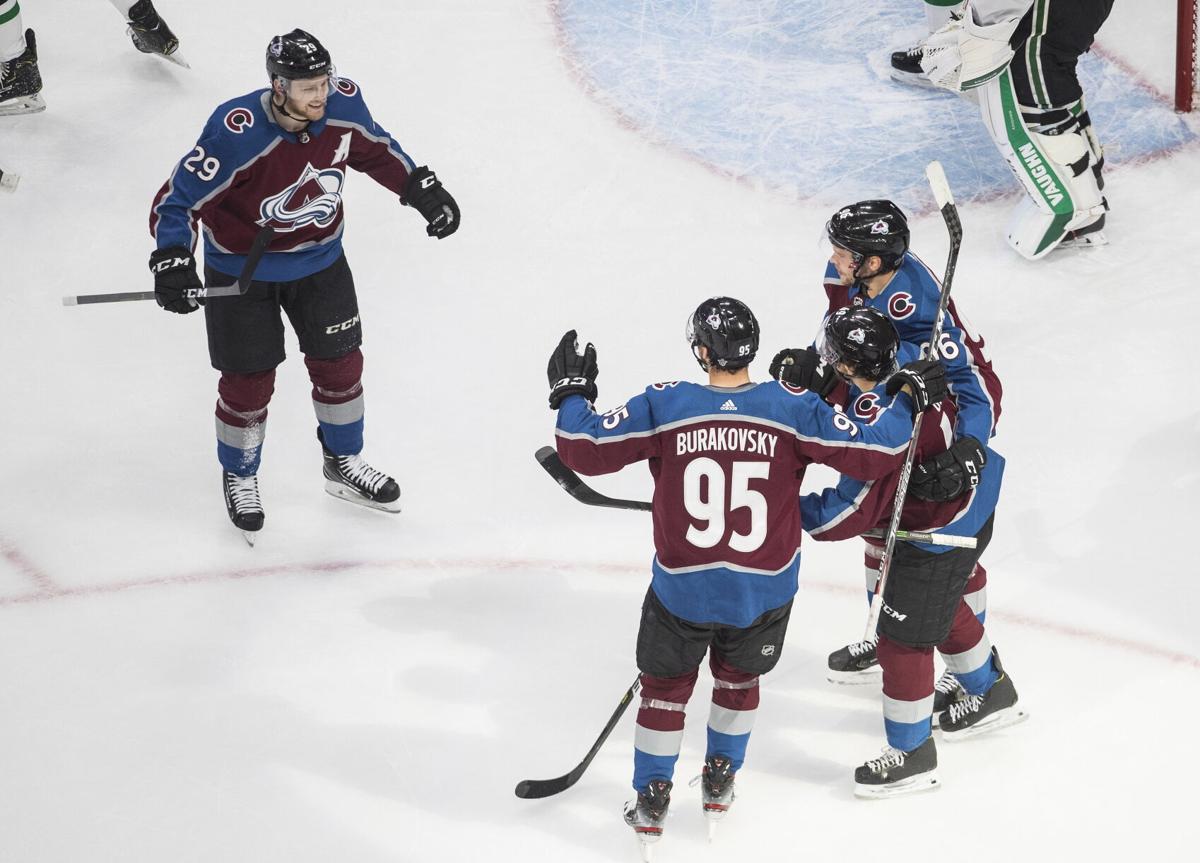 With a third-string goaltender in net, AHL regulars in place of a top defenseman and depth forwards and absolutely no room for error, the Colorado Avalanche not only survived, but got their bite back.

The Avalanche scored four times in a span of 2:36 during the first period, at which point Dallas had put only three shots on the board. They held on as the Stars lured them repeatedly into the penalty box and won 6-3 Monday night.

Colorado extended its season at least another two days. Dallas leads the series 3-2 heading into Game 6 on Wednesday night in Edmonton, Alberta.

Michael Hutchinson got the surprise start in goal for Colorado with Pavel Francouz deemed unfit to play and Philipp Grubauer injured in Game 1. It was 30-year-old Hutchinson’s first career postseason start.

“The way I look at it is there’s no pressure, there’s just opportunity, and it’s a really good opportunity,” Hutchinson said.

On the opening goal, Pierre-Edouard Bellemare was the furthest back on a 3-on-2. He sent a cross-ice pass to Logan O’Connor, who returned it. Bellemare beat Ben Bishop, also a surprise starter for Dallas, with his second goal in three games.

Bishop saved Cale Makar’s point shot, but Andre Burakovsky sent in the rebound to make it 2-0 while being shoved to ice.

"Obviously we know we have a good group and it was just a matter of time before we understood that we had to play that way."

Down 4-0, Anton Khudobin relieved Bishop and surrendered a goal on the first shot he faced to Mikko Rantanen.

The teams started shoving matches after just about every whistle and the Avalanche allowed themselves to be goaded into a few foolish penalties. That allowed Miro Heiskanen to get the Stars within shouting distance at 5-2.

Colorado responded, which it hasn’t consistently been able to do in this series. MacKinnon fed Burakovsky, who sent the puck through a sliding Khudobin’s legs. Burakovsky finished with three points Monday and has 14 in the postseason.

MacKinnon now has points in all 13 playoff games and having broken the franchise record, is chasing the rest of the league too. He leads the NHL playoffs in points.

"I knew last night after the game," coach Jared Bednar said of Francouz's status. "We got back to the hotel, had a couple of conversations and decided that we were going to go with (Hutchinson)."

Dallas didn’t slump into the day off. Two Stars picked up misconducts. After the team pulled within three again, Khudobin was recalled for the extra attacker with more than five minutes left, but the score stood.

Colorado Avalanche on the brink after Dallas Stars take Game 4

Woody Paige: Colorado's pro teams opting out this week was a proud moment

Denver’s professional sports teams did not bow, but stood united the past week.