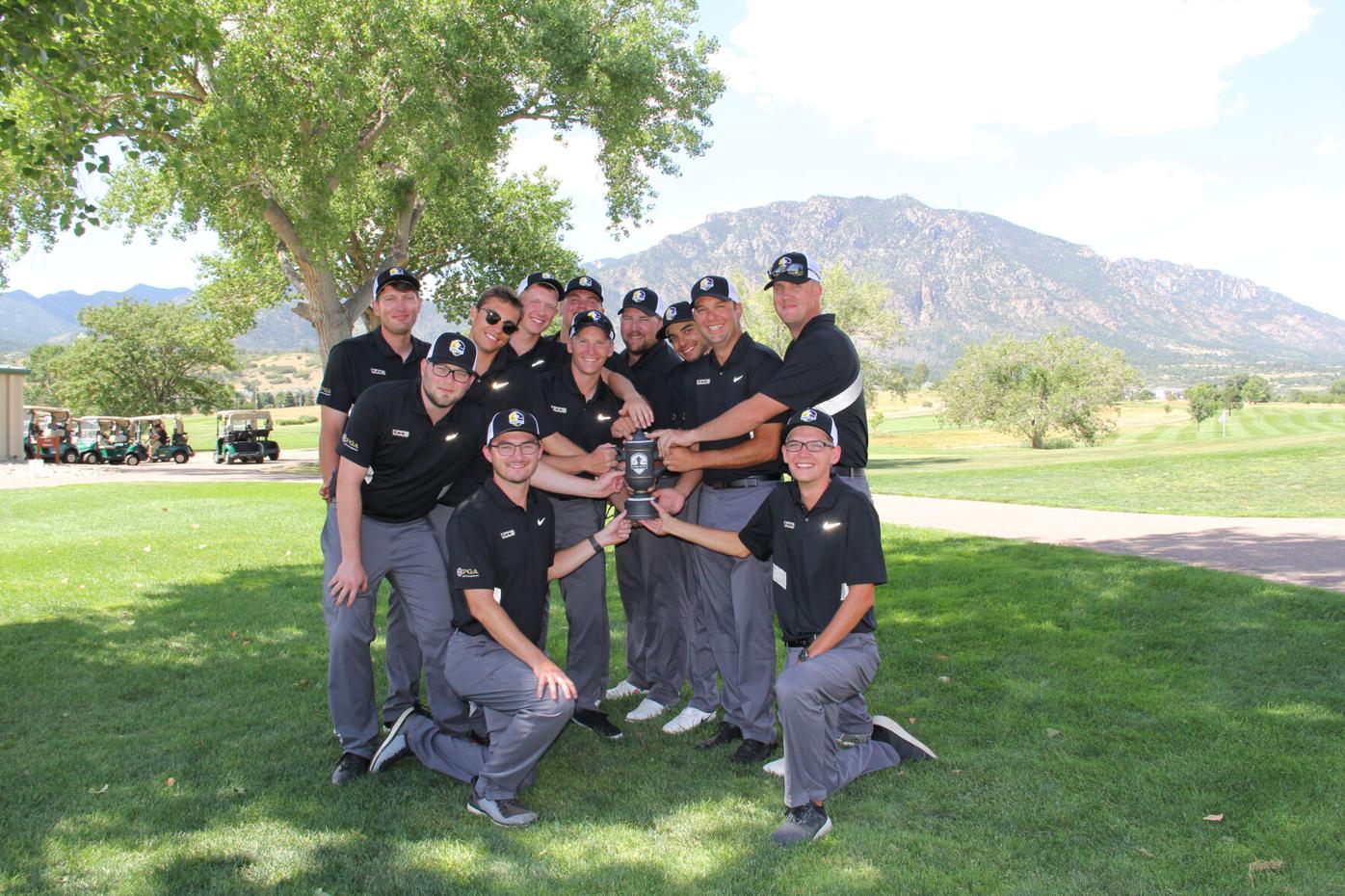 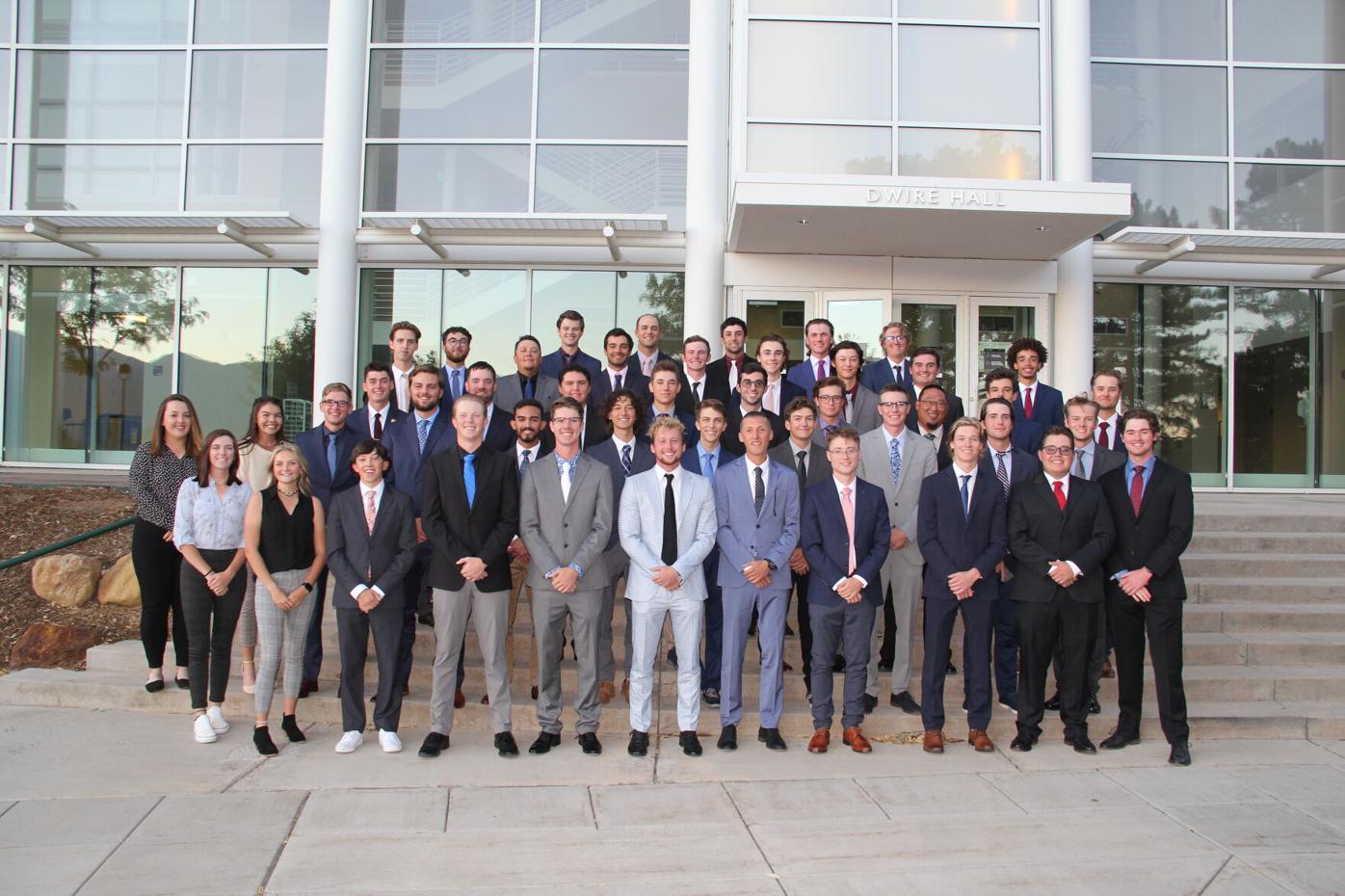 DENVER — Fourteen, maybe 15 years ago, Leighton Smith was a beginner. Took up the game of golf on a whim, tried out for Air Academy’s high school team, caught the golf bug.

And here’s Leighton Smith these days: 2021 Colorado PGA Teacher of the Year, running his own business (Leighton Smith Golf), building a golf career 14 or 15 years ago he didn’t know was possible.

“Like most high school kids, probably, I had no idea what I wanted to do,” Smith says.

So how did all that transpire? How did Keith Stilwell, a Loveland grad, fly up the ranks to director of golf at Perry Park? And Ali Wells, blazing golf trails as the first woman pro to serve as executive director of a PGA section? Well, glad you asked. Wish someone had told me.

It’s the PGA Golf Management program at the University of Colorado-Colorado Springs, and if you know a kid (or adult for that matter) who’s passionate about golf, with a realistic view of making the PGA Tour, this is the way. I know you’re out there. Fifteen-year-old me was too.

What this program does is combine a degree from the UCCS College of Business with a series of courses and internships that guarantee students will graduate as a PGA-certified Class A pro. You learn finance alongside turf management. You learn marketing alongside club technology. You study accounting while you learn how to run a tournament at TPC Sawgrass or Arrowhead.

After that? The options stretch as far as the fairways at Cypress Point, Bandon Dunes, Valhalla, Bear Dance, Ocean Reef, Medina, TPC San Antonio or The Broadmoor — all world-class golf operations where the UCCS PGM program has placed students for internships and grads in full-time jobs in recent years. Ask Tristen Fay about it. He’s the head pro up at Fort Collins Country. Ask Jake O’Dell, the first student to go through the UCCS program, who’s now the director of golf at The Club at Flying Horse. Ask Matt Hauth, the president of Seamus Golf. All graduates.

“If it’s your desire to get in the golf business a ‘PGM’ program like UCCS allows you the best opportunity to get started,” said Stilwell, a 2010 grad who runs Perry Park. “That’s through providing a network with other aspiring golf professionals, plus a big network of alums.”

“The best thing about UCCS is you’re getting a great business degree,” Stilwell said. “And after doing this for however many years I spend more time running a business than playing golf.”

How did a PGM program land at UCCS? Good story there too. An excellent man named Paul Miller, who spent 43 years in academia and served as a longtime professor in the UCCS College of Business, founded the PGM program. He had a helping hand and great idea from Joe Rallo, who arrived as the new dean of the UCCS College of Business around 1999. Rallo came over from Ferris State, with its deep history of college golf. He figured if you can operate a PGM program in Michigan you can operate a PGM program in Colorado. A local TV station showed up to interview Miller, assuming the program’s mission was to attract Division I-caliber players.

“It’s a simple business model: there’s green grass and people walk on it and you make sure they want to come back,” he said.

What about the playing element? Yes, you must be a solid player. You needn’t be a scratch. I was a Division I golfer, not a great one, and I promise the ones who actually reach the PGA, LPGA or Korn Ferry tours are ridiculous. They don’t miss 4-footers. Not to step on any dreams here, but that’s what we’re talking about — .0006 percent of players make the Tour, according to one study. Going off the data or being realistic, a smarter route into a golf career is through a PGM program like the one at UCCS.

Candidates there must carry a 12 handicap and, later on, pass a playing ability exam that requires a 4. The playing ability test is a 36-hole grind at Cheyenne Shadows, Denver’s Common Ground, Coyote Creek in Fort Lupton or other tracks around the state selected by the Colorado PGA and friend of the program Eddie Ainsworth.

“We wouldn’t have the success we’ve had without the Colorado PGA,” Miller said.

Yes, this all sounds like an advertisement, and it kind of is. It’s a tough job market out there. Think about all the expensive yet worthless college degrees, then consider how the UCCS PGM program has “100-percent job placement” for grads, according to Mark Bacheldor, the director. The program will send out roughly 50 interns next year, and they'll choose between 400 requests from golf courses, according to internship coordinator Jon Husby. He’s also a UCCS PGM grad and Army veteran, proof it’s never too late. Summers and some semesters are spent in paid internships where working the pro shop can command $18 per hour, teaching lessons up to $80 per hour.

“Golf is starving for young talent. We just don’t have the young generation coming into the golf industry,” Bacheldor said. “And I think a lot of the younger candidates don’t know about us."

Hopefully they do now.

“You’re probably not going to make an extraordinary amount of money, but you’re going to be commuting to a golf course instead of a cubicle,” Miller said.

Gosh, is it too late to go back to school?