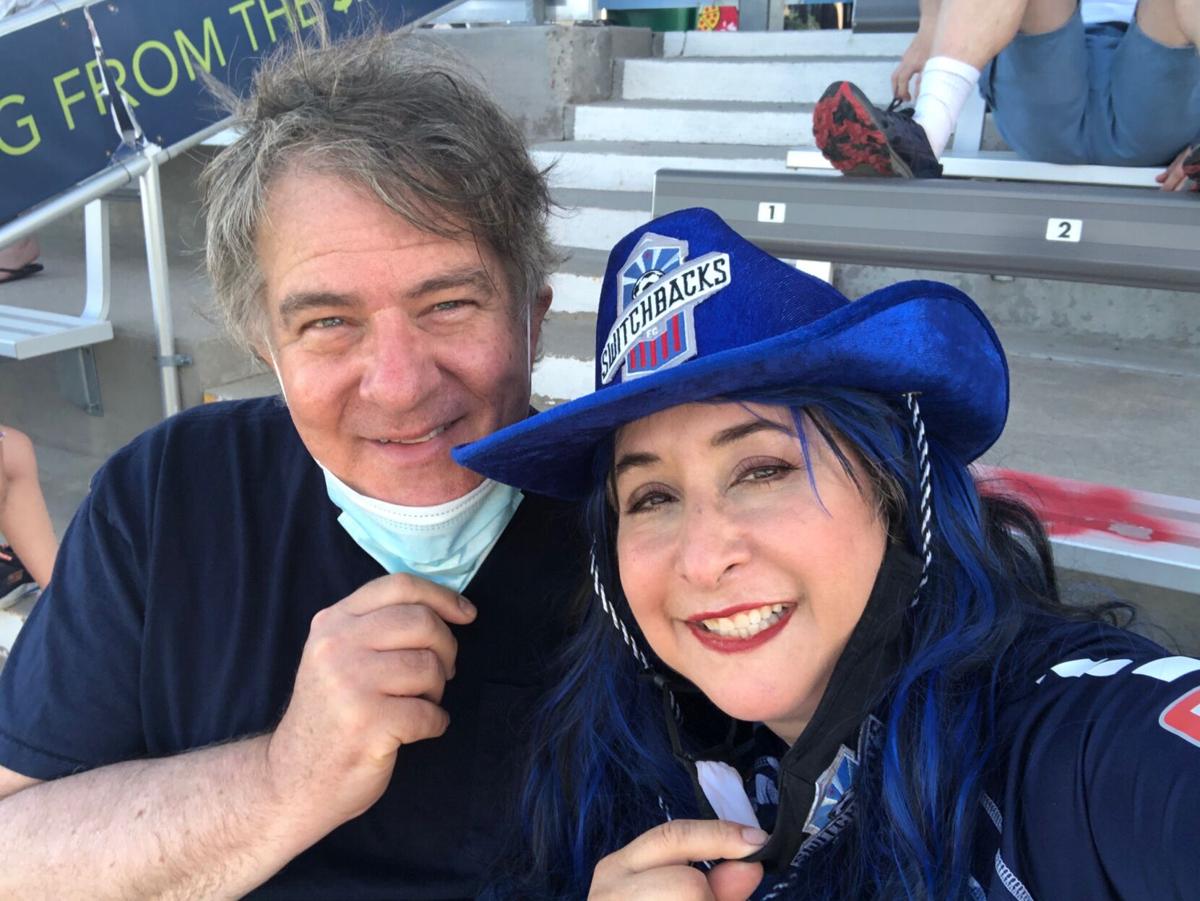 Annie Coffman, right, in her distinctive blue wig and hat, which can be seen on game days without extreme weather. 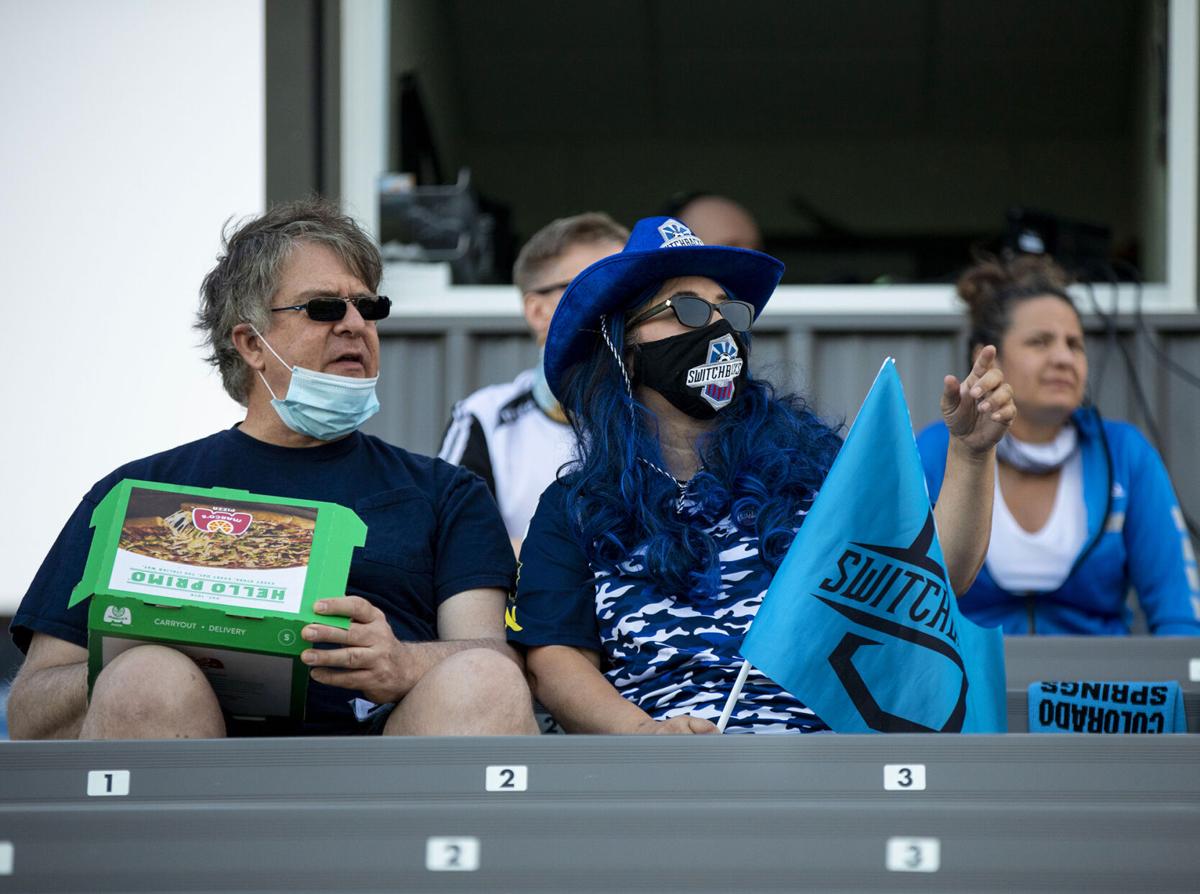 Annie Coffman, right, in her distinctive blue wig and hat, which can be seen on game days without extreme weather.

In a blue wig and velvet cowgirl hat, on the move in a car full of team scarves, Annie Coffman is as recognizable as anyone officially employed by Colorado Springs Switchbacks FC.

She’s part of the Trailheads, one of the soccer club’s small but rabid independent supporters groups, there to push the team to success — streak or slump, on or off the field.

Six years ago, she merely tolerated soccer. Now, Coffman is the Trailheads’ “mama.”

“She’s always been the calm, joyful presence,” right back Jordan Burt said. “Her support is unwavering, which I know I’ve really appreciated over the years.”

Texan Coffman, who has lived in Colorado Springs since 1993, did not always share husband Ken’s enthusiasm for soccer. “‘How can they play 90 minutes and no one can score and you’re happy?’” was the thought at the time.

When news of a pro soccer team in Colorado Springs came in 2014, she decided season tickets would be a nice gift for Ken.

“I thought, I bet he’ll go over the top for the Switchbacks,” Coffman said. “I get the tickets and I’m the one who goes over the top.”

In addition to a day job in IT, Coffman described her official role as treasurer/vice president of the Trailheads, acting as a liaison of sorts to explain ticketing and other concerns. But also, pretty much everything else.

Coffman said she’s answered the call to lay down sod, volunteered to babysit and offered up her home for a player’s surprise guest. She brought back Saeed Robinson’s beloved rum cake from a Caribbean cruise.

Coffman recruited Kristen Ten Brink to the Trailheads after hearing her loud-and-proud cheering. Ten Brink didn’t grow up loving soccer either, and yet somehow, it’s a big part of her life.

“She is definitely the Trailheads’ mama,” Ten Brink said of Coffman.

“Her heart is in it for the right reason. She wants the best for her community. And her love of soccer is just up there. It is her passion.”

The Trailheads set up snacks and warm beverages for Switchbacks tryouts, which take place in late, frigid January.

“For some reason or another, they’re brave enough to make it easier on us,” Burt said.

The relationship goes both ways. A handful of players once dropped in for some extra work when Coffman’s twin sons’ soccer game was forfeited. Their words had a lasting impact on Ten Brink’s middle-school classroom.

“The players giving of themselves is what has really bound us as fans to them,” Coffman said.

One year the group is celebrating the Switchbacks’ first playoff win with a little polka dancing, bringing the postgame party next door to Oktoberfest. Another they’re serving fresh fruit to players at the end of a disappointing campaign, “just to let them know that no matter what happens on the pitch, we still love them.”

Through highs and lows ...

“We’re there for the team,” Ten Brink said. “My city, my team. That, I think, really encompasses who the Trailheads are.”

A mask is just as necessary as a ticket for fans to get into the Colorado Springs Switchbacks' match Saturday at Weidner Field.