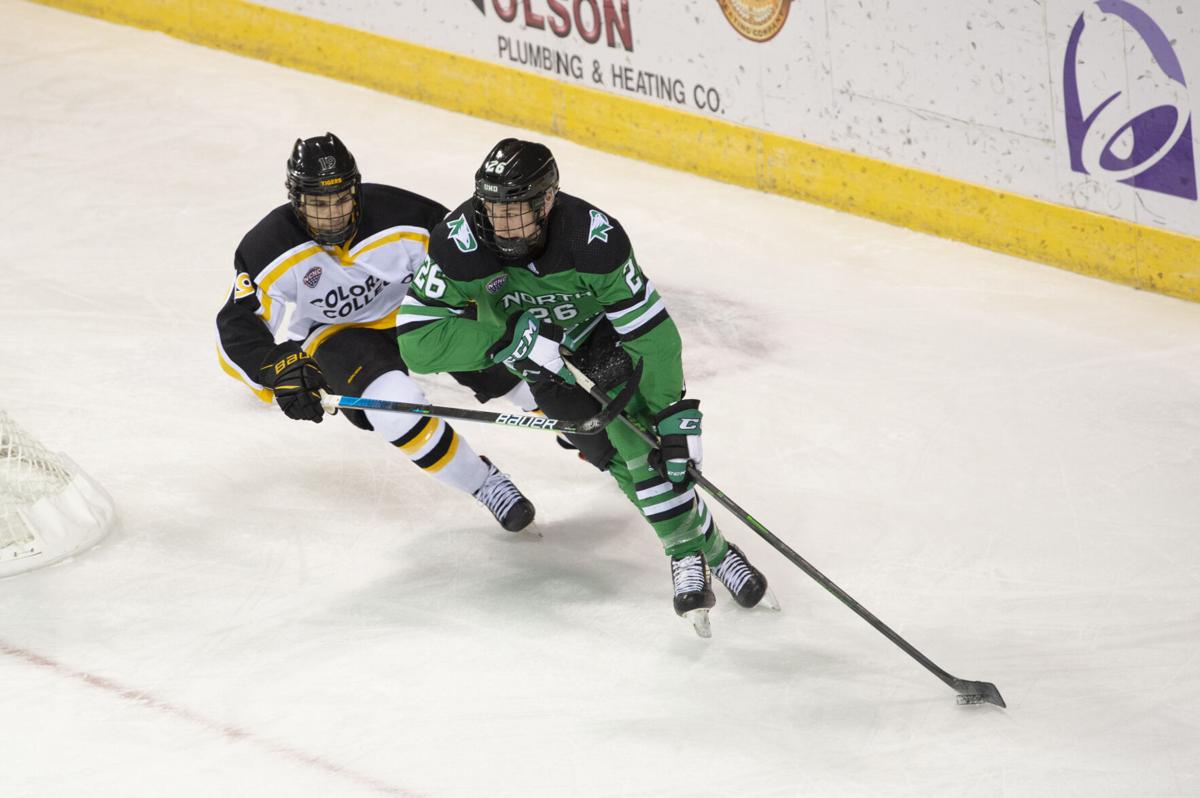 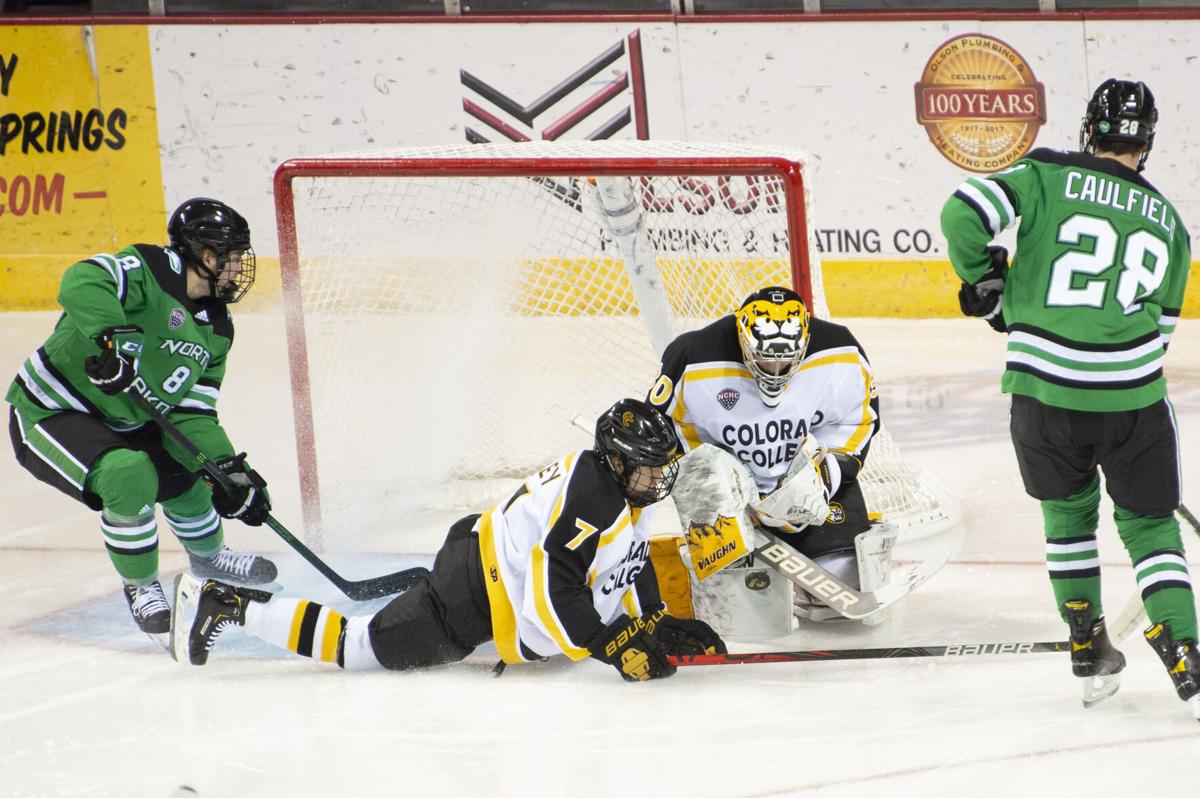 Lucky bounces, a deft passing play and flawless goaltending made up North Dakota’s classic recipe for a 3-0 win over Colorado College on Sunday night.

CC spent nearly all of the first five minutes of the second period on the power play trying to tie the game. The Tigers put three shots on goal but nothing went in and No. 3 North Dakota seized control, scoring 48 seconds after returning to full strength.

“We were right there with them,” forward Ben Copeland said. “That’s a winnable game.

“Obviously the bounces didn’t go our way but I thought we played well. We did the right things and had some zone time. Hopefully they start going in for us tomorrow.”

The Tigers missed scoring leader and co-captain Grant Cruikshank, who was ruled out of the series due to appendicitis. Copeland moved into Cruikshank’s spot on the top line.

“We feel really bad for him. We’re playing for him,” Copeland said.

Coach Mike Haviland said Cruikshank was “in a lot of pain,” but he’s resting and doing well after coming home Sunday.

Matt Vernon earned the start for Colorado College, his first since Dec. 11. North Dakota was efficient in denying him his first win of the season, scoring three times on 18 shots on goal at The Broadmoor World Arena. At least one was tipped and another Vernon had little chance on.

“I think it was a couple puck bounces,” Haviland said of UND’s goals. “He was good.”

Grant Mismash went in on a 3-on-1 with Collin Adams and Jordan Kawaguchi and put on a clinic in making it 2-0. Adams was credited with the power-play goal that made it 3-0, an odd shot that was deflected at least once and popped up and over Vernon. Jack Millar tracked it and tried to bat it out of midair to no avail.

Josiah Slavin extracted himself from the North Dakota defense and got loose on a short-handed breakaway but his shot glanced off the goal post. Slavin later had one of CC’s best power-play chances but Adam Scheel (28 saves) slid over to deny him at the back door.

Instead of giving extra forward Tyler Coffey a line of his own, Haviland replaced Cruikshank with sophomore defenseman Connor Mayer. Mayer played on a line with Jackson Jutting and Jack Gates and tied Copeland for the team lead in shots with four.

“He can skate,” Haviland said. “We figured that their D are really good — let’s put Connor up there, put some pressure on their D, get in on the forecheck.”

Jutting returned after missing four games due to an injury sustained in the pod. The freshman won nine of 11 faceoffs and had two shots on goal.

The Tigers will try to split the series at 7 p.m. Monday.

“Their D are pretty good at breaking pucks out,” Haviland said. “We have to work on getting around them a little bit more and forcing them. There are some rebounds there that we’ve got to be willing to go to those areas and battle for.”

Colorado College (3-6-2) was supposed to play Denver this weekend but the series was postponed due to COVID-19 issues within the Pioneers’ program. North Dakota (8-2-1) also had its series against Omaha postponed so it came to Colorado early. The Fighting Hawks are scheduled to play Denver next weekend.

Defenseman-turned-forward-turned-defenseman Connor Mayer said the message after a 2-1 loss to No. 2 North Dakota was not to make excuses.

Looking one or two games ahead wasn’t even safe this week as the CC Tigers had to pivot away from preparing for a rematch against Denver and start sizing up No. 3 North Dakota on Wednesday.