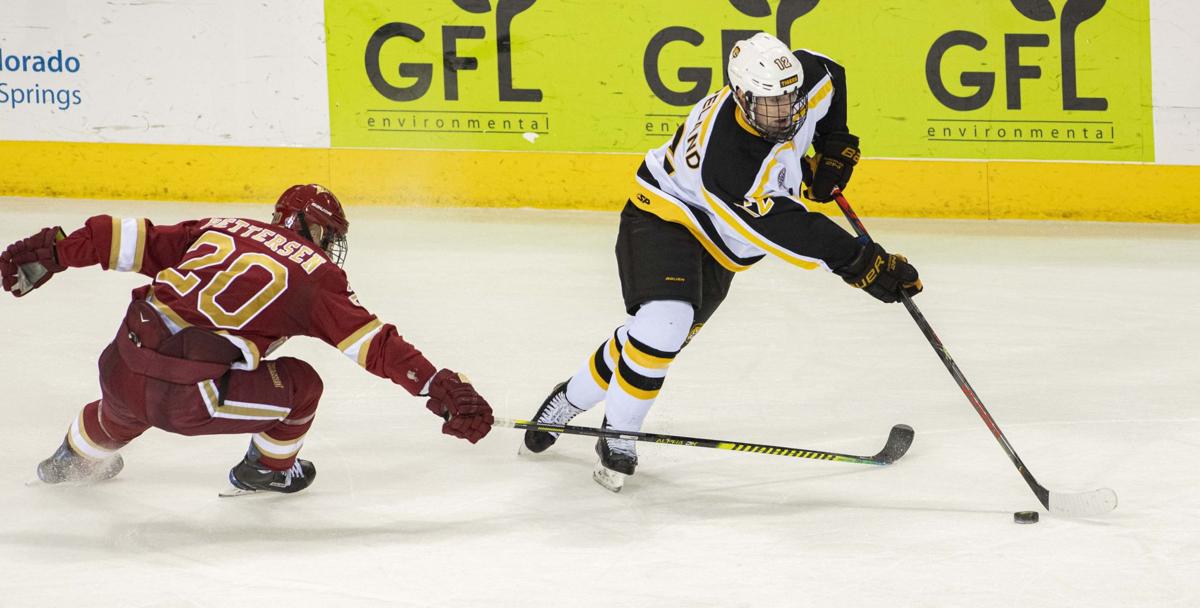 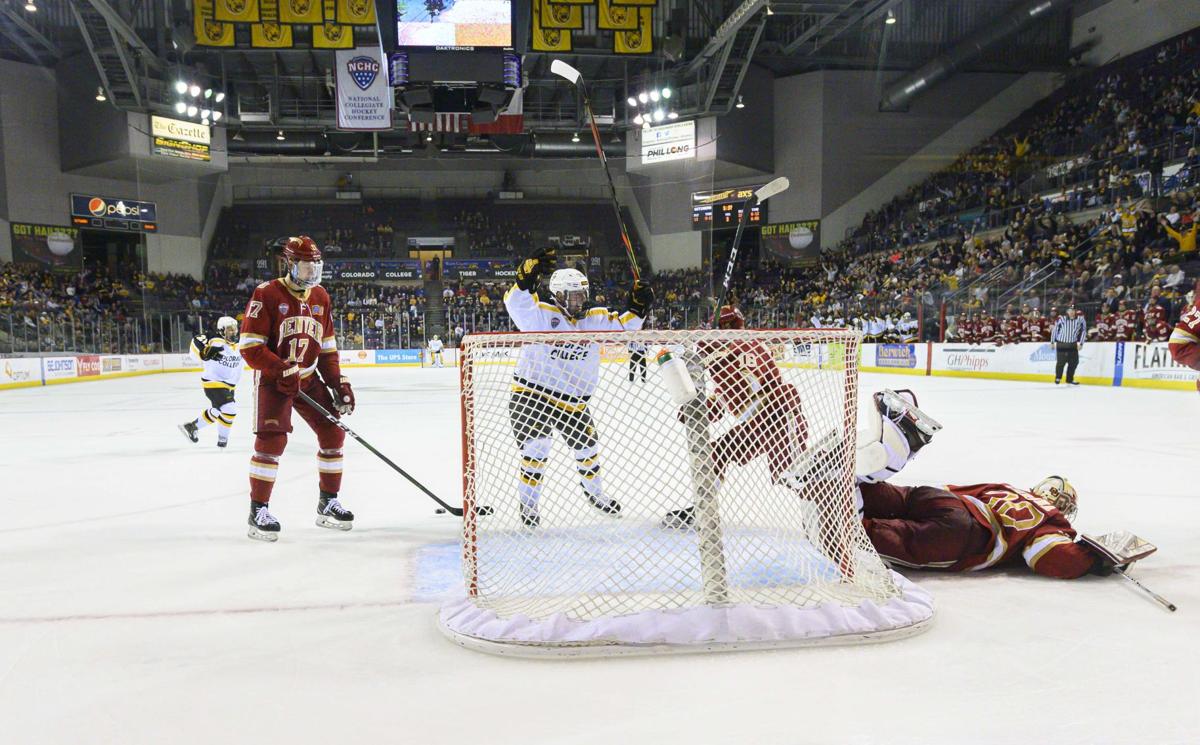 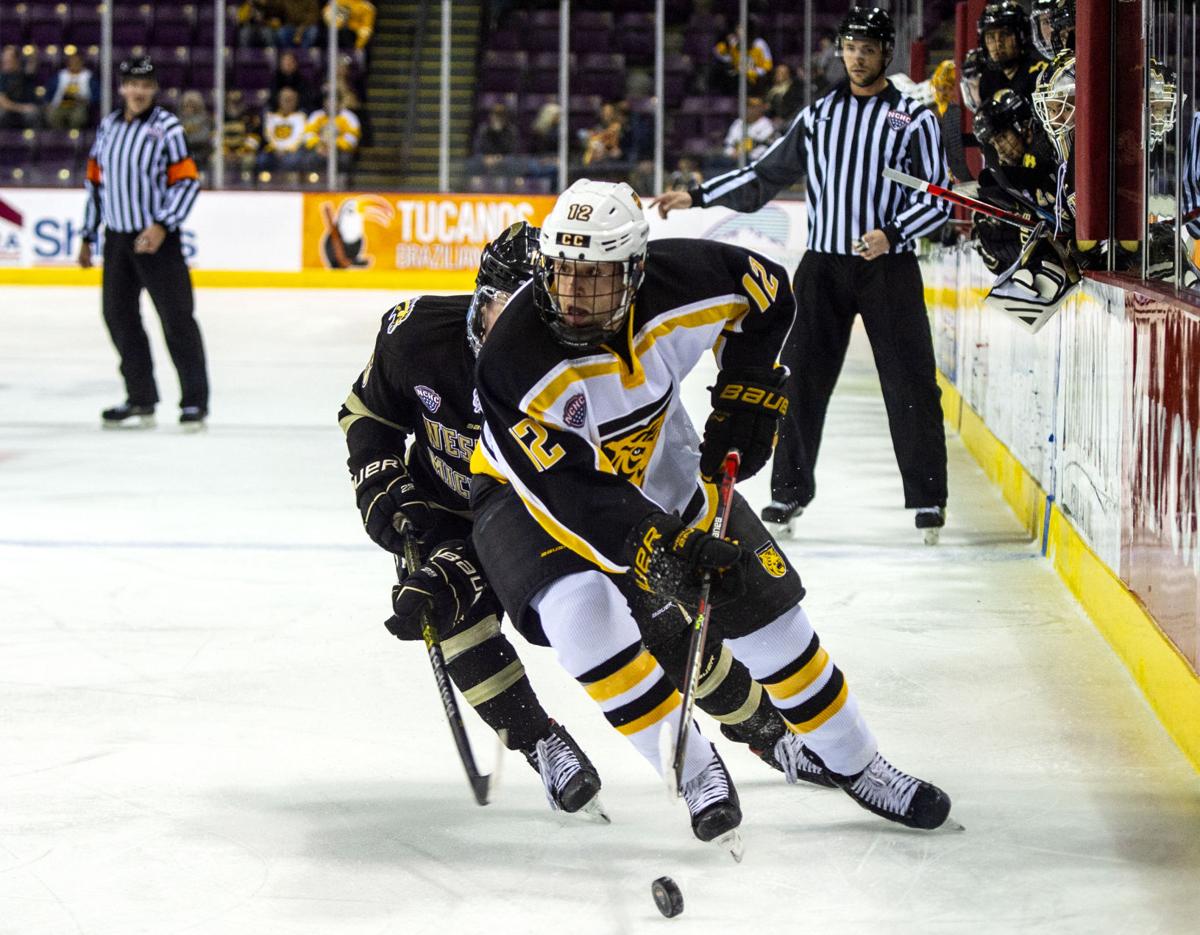 Colorado College right wing Ben Copeland (12) skates the puck down the ice during their game against the Western Michigan Broncos at the Broadmoor World Arena on Friday, Nov. 1, 2019. (Parker Seibold/The Gazette)

Colorado College right wing Ben Copeland (12) skates the puck down the ice during their game against the Western Michigan Broncos at the Broadmoor World Arena on Friday, Nov. 1, 2019. (Parker Seibold/The Gazette)

The Colorado College Tigers will have a whole new look next season as all three of their top scorers are looking to move on, in addition to a coaching change.

“I appreciate my coaches for giving me the opportunity to play at CC,” Copeland said via text. “Lots of great games and memories that will last for the rest of my life.

“I’m also grateful for my teammates and fans that supported me my three years.”

Sophomore Josiah Slavin signed a pro contract with the Chicago Blackhawks soon after the season ended in the first round of the National Collegiate Hockey Conference tournament. Slavin was the leading scorer with 13 points, followed by Copeland with 11 (four goals, seven assists).

Through three seasons, Copeland appeared in 97 games, registering 17 goals and 33 assists. He played on the top line for chunks of the past two seasons.

One of the Edina, Minn., native's most memorable nights was a four-goal effort against Western Michigan on Feb. 23, 2019. He was sick with the flu while becoming one of two Division I players that season to record four goals in a game.

DENVER — Authentic crowd noise, a skate blade bouncing down the ice, a helmet thrown angrily back at its owner’s face, a water bottle thrown i…