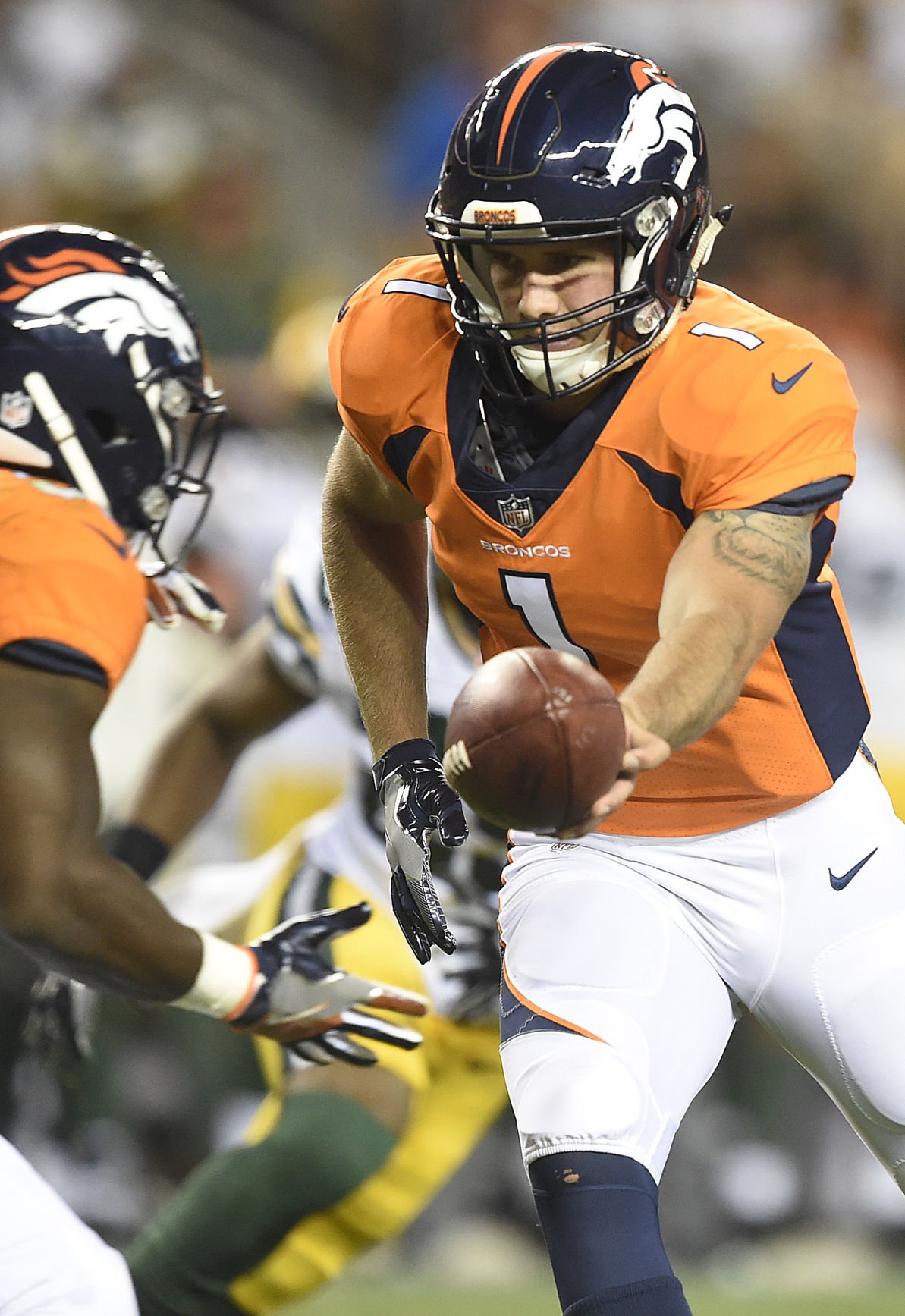 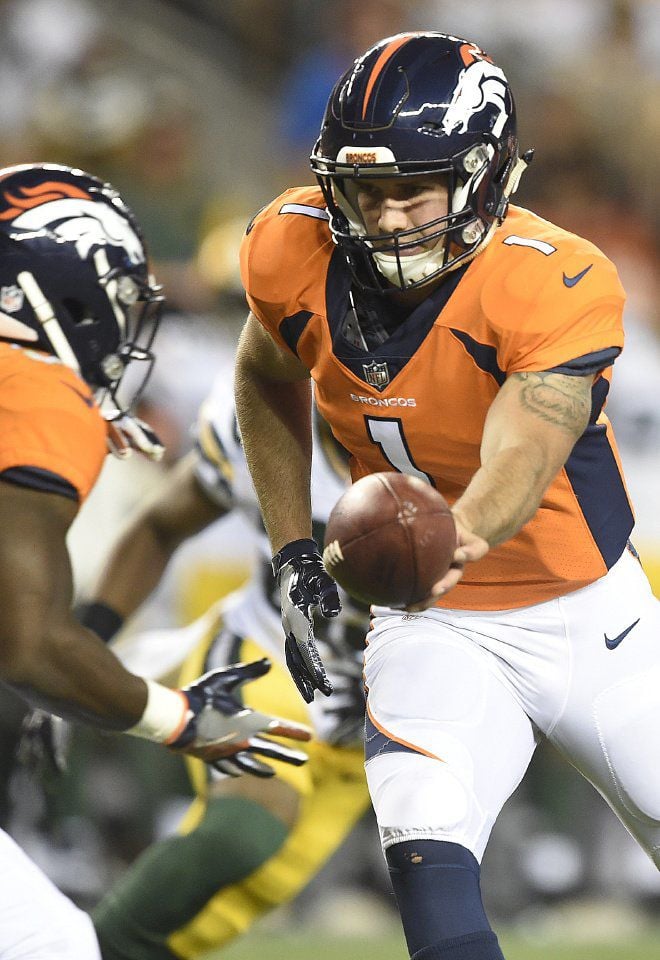 DENVER — Kyle Sloter is a mix between Brad Pitt and Jesus.

That’s what Sloter's supporters say. They are the Sloterhouse. Their business is Slotermania. And business is booming.

“I’ve heard people talking,” said Sloter, the man who would be quarterback, if the people of Colorado had a vote.

The most popular guy on a football team is the backup quarterback. He is the answer, the ace in the hole, a reason the coach is clueless. And not since Tebow Time has a Broncos backup been as popular around these hills as Kyle Sloter. He must have arrived at Dove Valley on the wings of angels.

“Everything that I’ve seen from Kyle Sloter is that he’s a baller,” Pro Bowl wide receiver Emmanuel Sanders said Tuesday, when, on the practice fields, Sloter blessed Jeff Heuerman and Kalif Raymond with touchdown tosses.

See, even the players purchased seats on the Sloter Express. Next stop: Kyle Sloter Field at Mile High at 7 p.m. Thursday. Sloter is the starter — and, if all goes as planned, will play the entire, final preseason game against the Arizona Cardinals. See where a Northern Colorado degree can take you?

Credit Joseph and the Broncos for rolling with the best quarterback, regardless of draft status, in Trevor Siemian. (Gary Kubiak, in Denver when The Decision came down, was no dummy sitting Lynch for the 2016 regular-season finale.) Real recognizes real, and if the Broncos had bypassed Siemian, they would have risked losing the highly paid locker room.

Now they should follow suit with Sloter, who, if he plays well Thursday, must be considered for the full-time backup role. Sloter's been Lynch's equal, if not more. The Broncos thought enough of Sloter they considered drafting him with the 253rd pick eventually used on Chad “Swag” Kelly. Only a no-doubter season from Siemian prevents another QB debate in 2018: Trevor Forever, the Pirate, Swag, Sloterhouse. The Broncos have a boy band of possibilities.

How did we get here — a day when Sloter and Jordan “Sunshine” Taylor were flooded by quarterback questions at the same practice facility that gave us John Elway and Peyton Manning? Siemian is the starter. Starters don’t play in Game 4 of the preseason (but Siemian will play and execute only running plays, if Sloter is injured, God forbid, or “tying his shoe,” as coach Vance Joseph put it). Lynch, the backup for now, has a shoulder injury expected to sideline him for “a couple of the real football games,” Joseph said. That leaves Sloter — No. 1 on the field and in your hearts, his song says — as the Last QB Standing. If Sloter falls, Taylor, a wide receiver by trade and hair model by choice, will take over snaps as the backup to the backup to the backup.

“It would be nice to throw a deep ball,” Taylor said.

Only Kyle's clan has reason to buy tickets for the fourth preseason game. He told me there will be 21 Sloters, including the quarterback, inside Mile High on Thursday. They should adopt me. This marks the third column I’ve written about Kyle Sloter. He is my Colin Kaepernick, minus the pig socks and hot Castro takes. Hey, I’m here to give the people what they want.

Hear the people: 83 percent of Broncos backers believe Sloter (not Lynch) should be the backup, according to an online poll by BroncosWire.

Jokes aside — did you hear the one where Kyle Sloter pinned Chuck Norris in a thumb war? — this is Sloter’s one big chance. (We all get one, at least.) If not here, elsewhere. Thirty-two teams will watch Thursday’s game film.

“I’m not thinking about any other teams right now,” Sloter said.

To the Sloter haters, remind them the Broncos' current starting quarterback played in the fourth preseason game just two years ago — and Siemian came off the bench, spelling Brock Osweiler. (My, how times change.) More proof: the past four quarterbacks to start the fourth preseason game for the Broncos eventually started a regular-season game in the NFL (Lynch, Osweiler, Tebow and another in-state product, Colorado State great Caleb Hanie).

Further, Kyle Sloter can unscramble an egg. He beat himself in tug-of-war. He vacationed in a black hole, then swallowed it. When Sloter throws a ‘Go’ route, he kills two stones with one bird. “Kyle needs to be Kyle,” Joseph said.