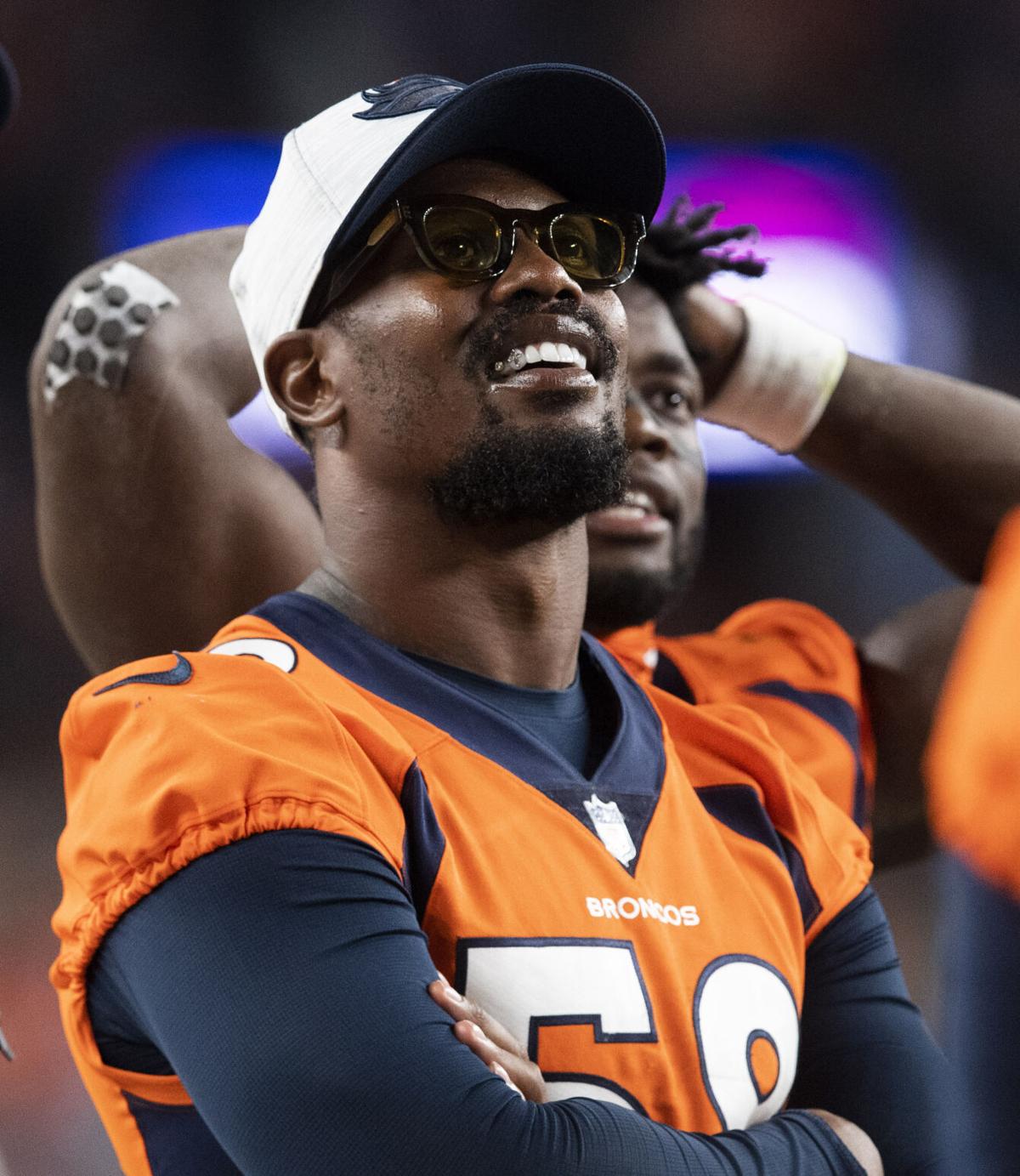 Before each game, Von Miller takes a moment before taking the field to reflect on and appreciate his historic career.

“I always do that, whether I’m hurt or not and whether we’re winning or not,” Miller said. “Before I cross that line onto the football field, I ask him to help keep me healthy, help me play to the best of my ability today and live in the moment. We have a great environment, a great sport, a great team. It’s a great league. Whenever you’re taken away from that and you get it back, you have a new appreciation.”

Miller certainly has a new outlook on the game and his future playing it, as he heads into his 11th season in the NFL. Last year, during training camp, he suffered a season-ending ankle injury that sidelined him for all 16 games for the first time in his career. His offseason didn’t get much easier, being under criminal investigation — which has since been resolved — and many speculating if he had played his last snap as a Bronco, as the organization had to decide whether or not to pick up his $18 million option.

The Broncos did just that, making him the second-highest-paid outside linebacker over the age of 30 in the NFL in 2021 behind only Chicago’s Khalil Mack, according to Over The Cap. Broncos GM George Paton said of the decision in March that “Von’s been a priority. We wanted Von here since I’ve been here. We were going to try to do that any way we could.”

Still, Miller has said several times this summer that process weighed on him heavily throughout the offseason. But as he now enters the last year of his contract, he says it’s no longer on his mind.

“I just want to go out there and play football. I’m not really worried about this is the last year on my contract, will I be with the Broncos?” Miller said.

“Last year, to be honest, that was really on my soul. Of course, I want to be here.

“I want to stay here for the rest of my career. Getting past that is kind of like a release for me. Being at this point where I am now, being able to fight back from an injury, and be back with the Broncos and have another year with the guys. I’m really at peace with whatever happens. That’s where my mind is at.”

If Miller wants to retire a Bronco, two things likely have to happen.

First, he needs to look like the Miller of old.

And a double-digit sack season is a good place to start. Miller’s last full season, in 2019, he totaled only eight sacks — the second-lowest of his career.

Second, he needs to take a pay cut. With Bradley Chubb poised to sign a major extension during this season or soon after, Miller will probably have to take a smaller piece of the pie if the Broncos choose to keep both.

There are also several young players behind Miller who have shown promise, including rookie Jonathon Cooper and third-year linebacker Malik Reed, who will be a restricted free agent in 2022 and will likely have several suitors if the Broncos don’t pay up.

So, is this a farewell season for Miller in Denver?

It’s too early to say. But what is safe to say, is Miller is as confident as ever. And if that confidence can transfer to the field, his days in Denver aren’t over yet.

“I feel like the old Von has never left. I still feel like I got a little bit more,” Miller said.

“If I can get a sack and they go crazy out there, I feel like I could do more. If I’m not winning the game single-handedly, I still feel like I can do more of this. That’s all I want to do is make game-changing plays for my teammates.

The Denver Broncos kick off the 2021 season Sunday afternoon against the New York Giants at MetLife Stadium. Here's a look at this season's sc…