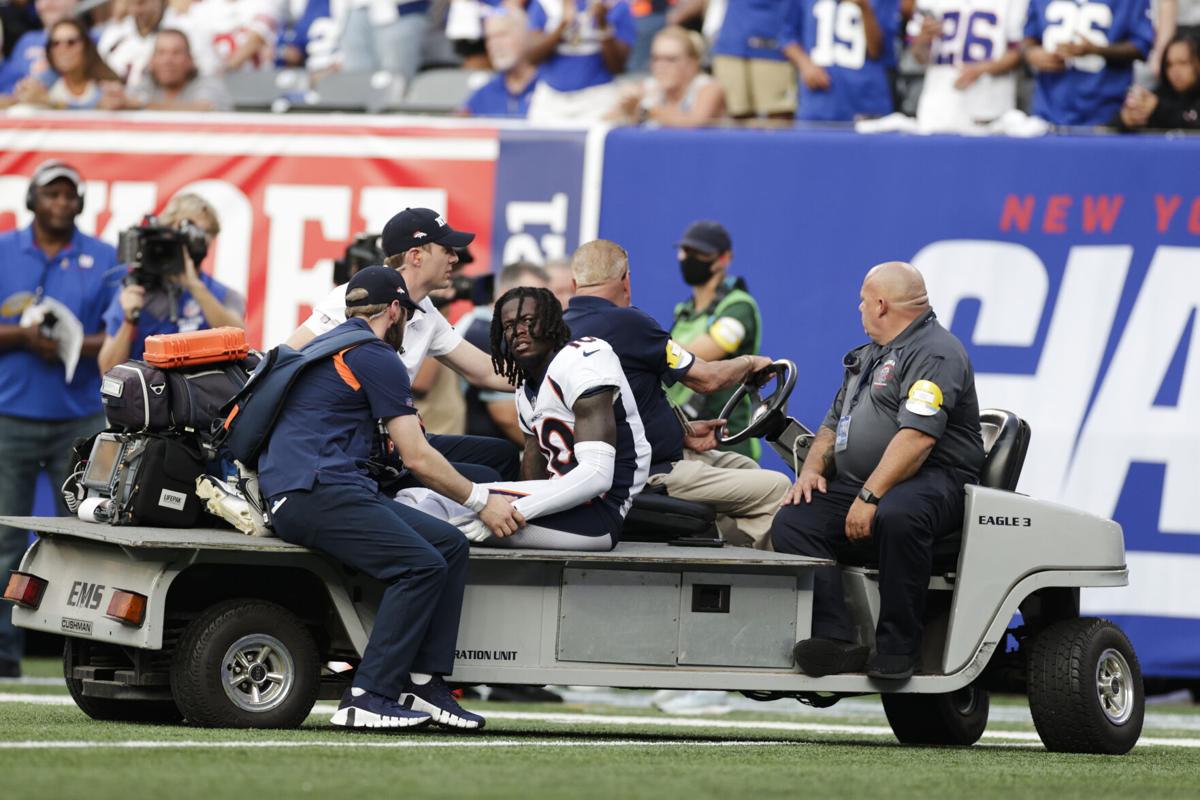 Denver Broncos wide receiver Jerry Jeudy (10) is carted off the field during the second half of an NFL game against the New York Giants, Sunday, Sept. 12, 2021, in East Rutherford, N.J. (AP Photo/Adam Hunger) 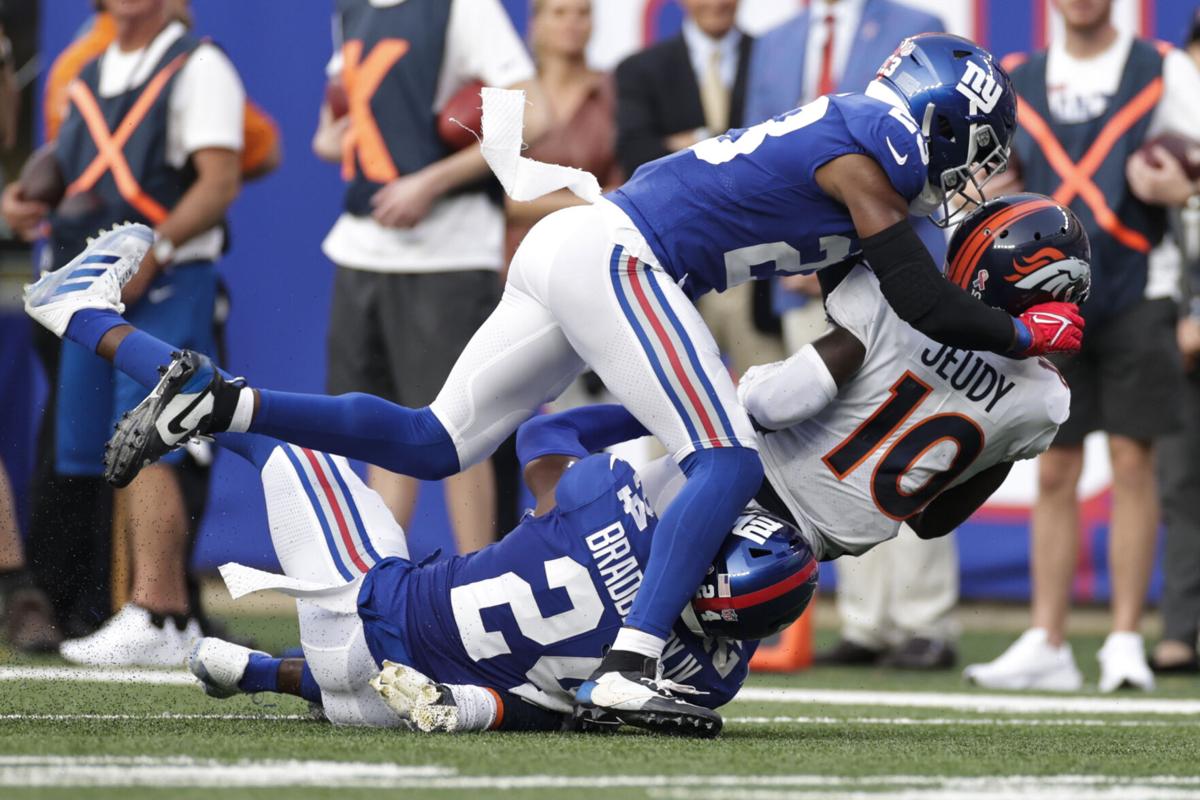 Denver Broncos wide receiver Jerry Jeudy (10) is carted off the field during the second half of an NFL game against the New York Giants, Sunday, Sept. 12, 2021, in East Rutherford, N.J. (AP Photo/Adam Hunger)

The Broncos left MetLife Stadium with a 27-13 win over the New York Giants, a dominant start to the new season and concerns for star wide receiver Jerry Jeudy, who was ruled out in the third quarter with an ankle injury. The second-year pro was carted off and did not return.

Jeudy’s popularity with the Broncos was evident as he left the playing field with his dreadlocks and head in his hands. A couple of teammates said a prayer. Others stood with looks of concern, their leading receiver from a year ago who was suddenly unavailable. But for how long?

Fangio said X-rays at the stadium revealed no fracture to Jeudy's ankle. KOA NewsRadio 850's Benjamin Allbright reported after the game Jeudy will miss 6-8 weeks with a high-ankle sprain. The Broncos play at Jacksonville in Week 2 and host the New York Jets in Week 3.

"He’s a guy who means a lot to this offense and a lot to this team," quarterback Teddy Bridgewater said. "We’re going to continue to pray for him and we can’t wait to get him back.”

Jeudy does not have a notable injury history. Prior to the 2020 draft, where he fell into the Broncos’ lap at No. 15, his agent confirmed a 2018 knee surgery that may or may not have pushed Jeudy down draft boards. Agent Chris Cabott of Steinberg Sports and Entertainment tweeted then, “Jerry never missed a practice or a game in two years after the surgery.” Jeudy played in all 16 games as an NFL rookie and had 52 catches for 856 yards and three touchdowns.

His performance in training camp suggested he might be the best player on Denver’s roster.

Sunday’s injury was fluky. After catching a 20-yard pass from Bridgewater, Jeudy was tackled by James Bradberry, whose body rolled on top of Jeudy’s right ankle. Giants cornerback Logan Ryan punched the ball loose, but officials ruled Jeudy’s knee had been down. No fumble.

Broncos athletic trainers immediately entered the field to tend to Jeudy, who was not able to put any weight on his right ankle. NFL Network reported X-rays were negative for a break.

What appeared to be a deep and versatile wide receivers room suddenly is not. The Broncos traded training camp standout Trinity Benson to the Lions in the preseason, a move that could backfire if Jeudy misses significant time. But it may not matter if Bridgewater plays like that.

In his Broncos debut, Bridgewater found nine pass-catchers in the first half. Wide receivers Tim Patrick (four catches, 39 yards, touchdown), KJ Hamler (three for 41) and Courtland Sutton (one for 14 yards) picked up the slack in Jeudy’s absence. Prior to the injury Jeudy was the star of the passing game with sixth catches (on seven targets) for 72 yards.