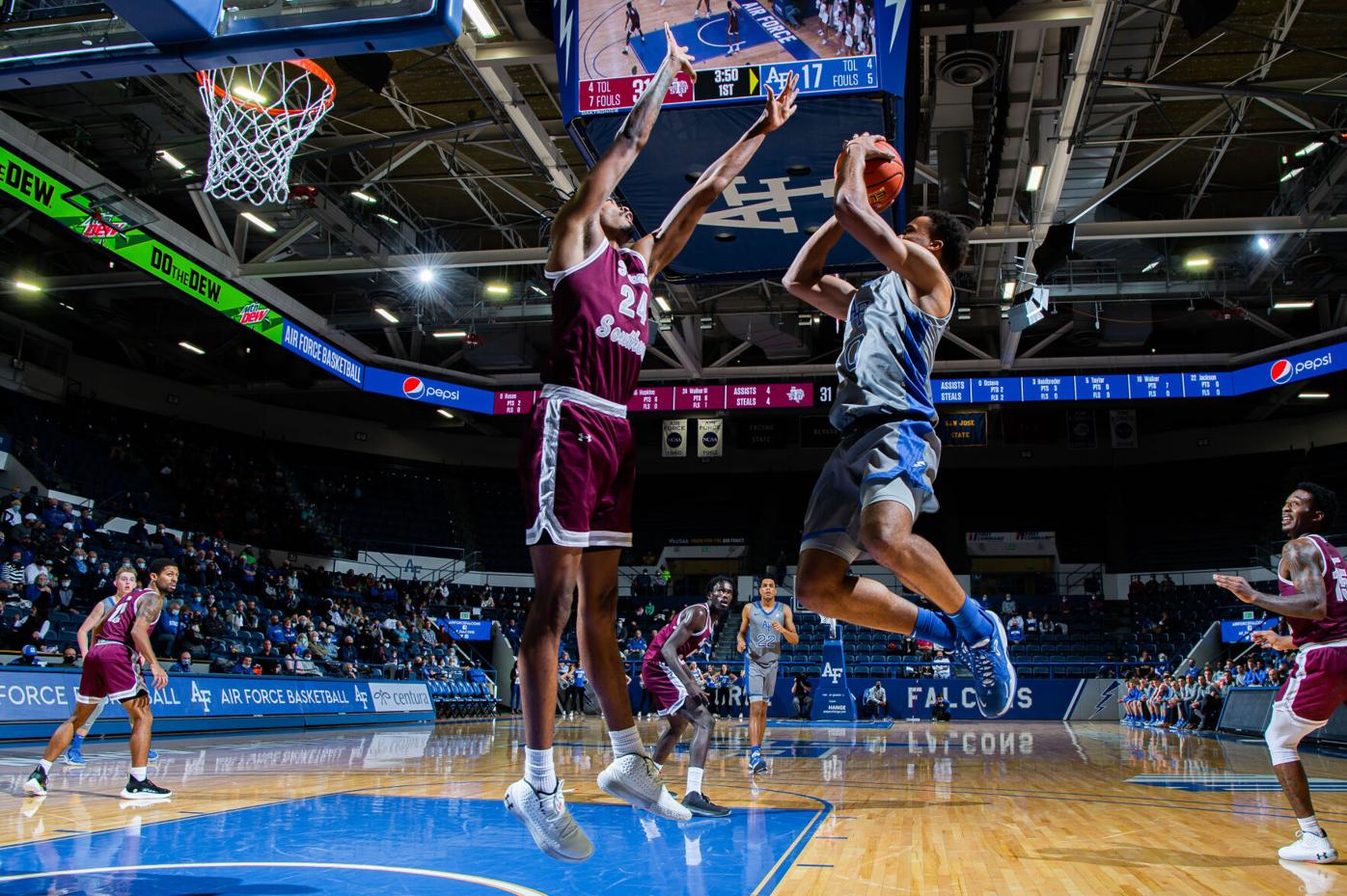 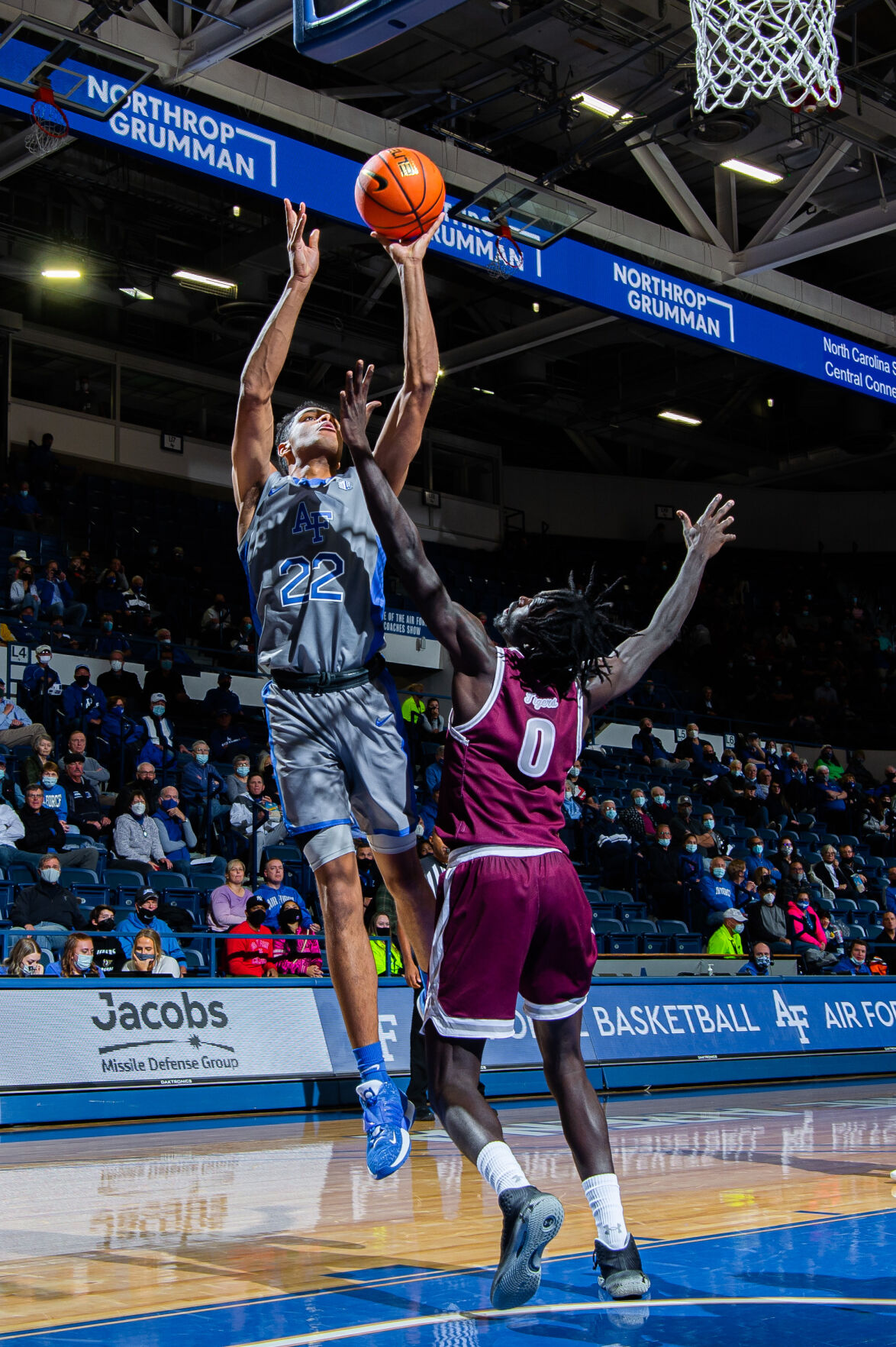 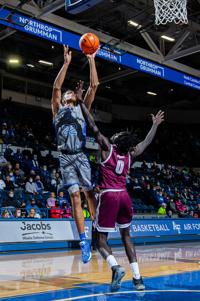 Joseph Octave wasn’t among the large group making their home debut for Air Force, but it felt that way.

The Falcons’ sophomore, who had experienced only a mostly empty Clune Arena last year because of COVID-19 restrictions, helped open the home schedule with a 61-57 win over a Texas Southern team fresh off an NCAA Tournament appearance on Wednesday night.

Air Force had to climb back from 15 points down in the first half to secure the win, aided in that cause by Octave’s 13 second-half points en route to a game-high 17.

The Falcons turned the tide midway through the first half with their defense, drawing six offensive fouls. Air Force let Texas Southern’s frustration turn into fouls on the defensive end as well, and made eight free throws during an extended 22-6 run that put them in front.

It was a 3-pointer from Octave that put the Falcons in front for the first time in the second half.

“I know what I can do,” said Octave, who scored 10 points over the first two games of the season. “I feel like everybody knows what I can do, so I just have to play with confidence.”

While Octave was seeing Clune Arena energized by 1,331 fans for the first time, many of his teammates were seeing it for the first time altogether. Freshmen starters Jake Heidbreder (career-high 10 points, five rebounds), Ethan Taylor (seven points, four rebounds) and Lucas Moerman (three blocks, two assists and a steal) had a hand in the victory, as did all eight who played.

The momentum continues to build, as does a pattern. In the opener, the Falcons cut a double-digit deficit to South Dakota to one point in the final minute before falling. On Saturday, they won in Tulsa after coming back from 13 points down.

“I know in the first half it was kind of rough, but this team just stays together,” said Walker, who played a team-high 38 minutes. “That’s what I like the most about it, we’ll fight to the end. That’s what we’ve shown.”

Texas Southern (0-4) has played in a pair of NCAA Tournaments in recent years and has opened this year with tests against Oregon, St. Mary’s and Washington. The Tigers were led by John Walker III’s 16 points and they shot 52.2% in the first half. But Air Force limited them to 30.8% in the second half, and the Falcons committed just five second-half turnovers.

“All those things help Joe Octave be Joe Octave, which is a big benefit,” said coach Joe Scott, recounting the efforts from several of his players. “So it’s a team thing, and I think you see those pieces coming together right now, which, three games in, is nice to see.”

Joe Scott took a calculated risk in handing the keys to the Air Force basketball program to so many young players.