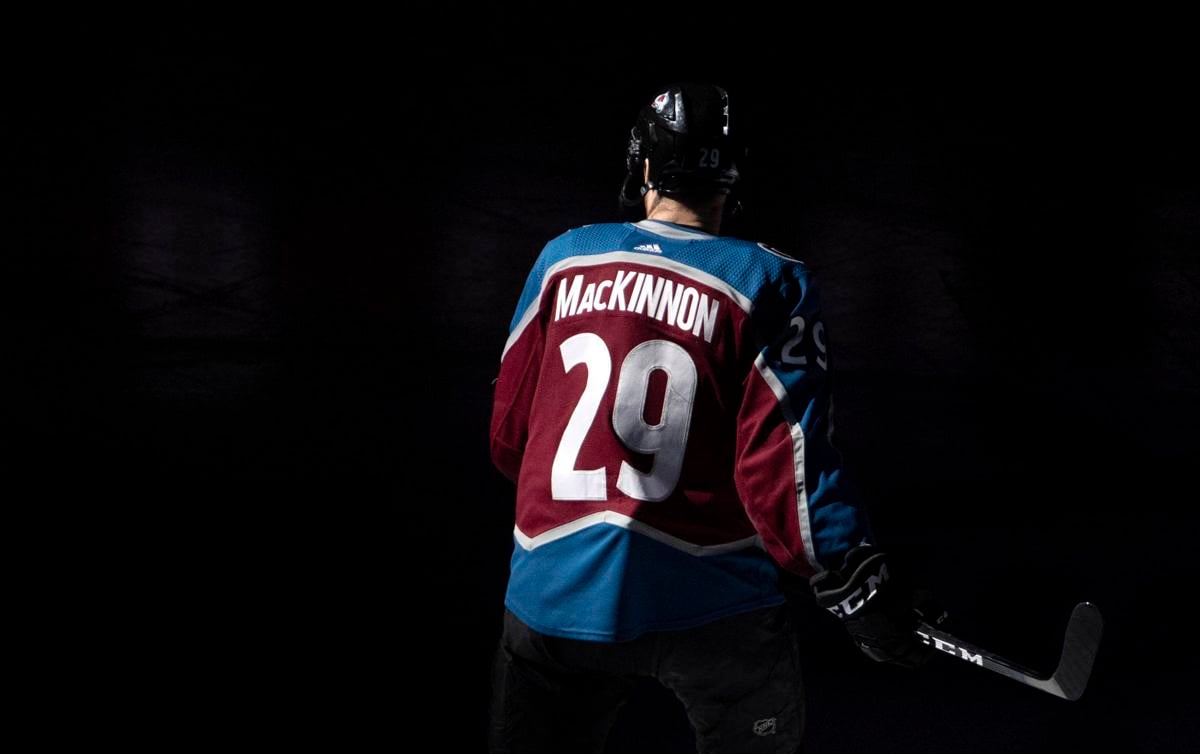 Avalanche center Nathan MacKinnon skates onto the ice during the introduction of players before the start of Game 4 against the Flames Wednesday, April 17, 2019, at the Pepsi Center in Denver, Colo. (The Gazette, Christian Murdock) 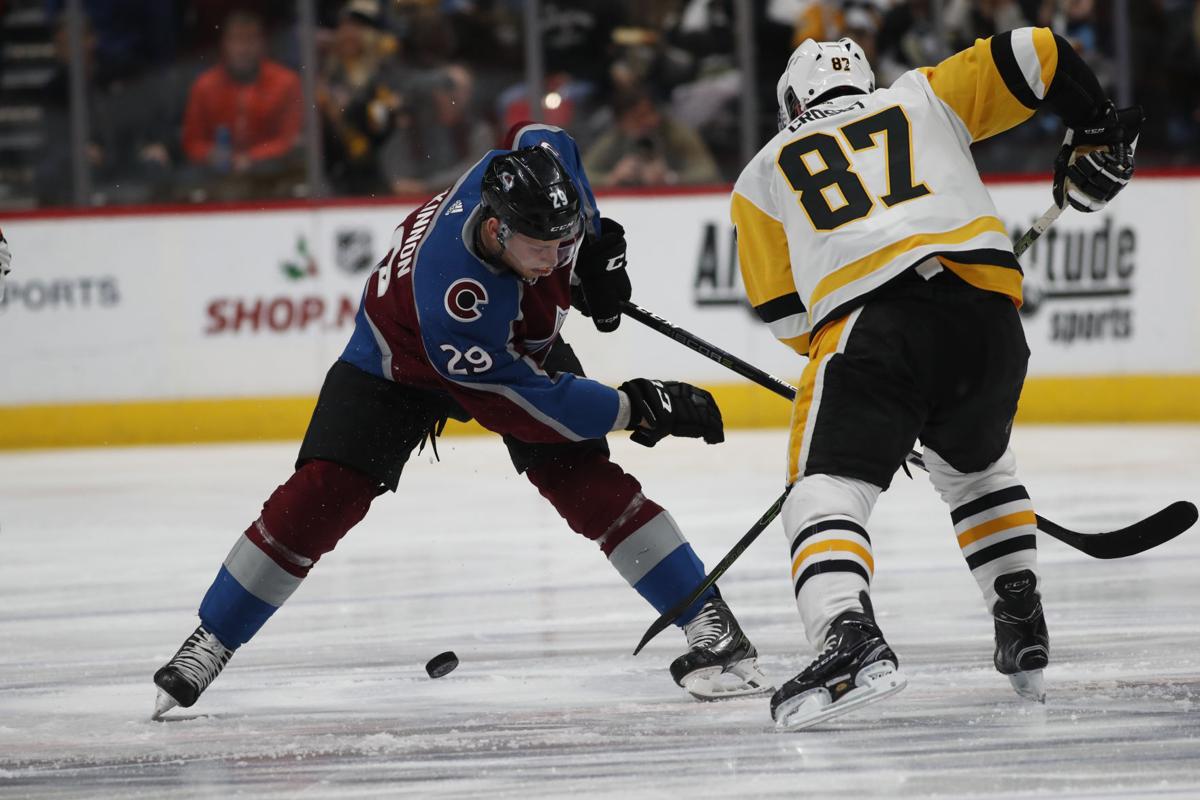 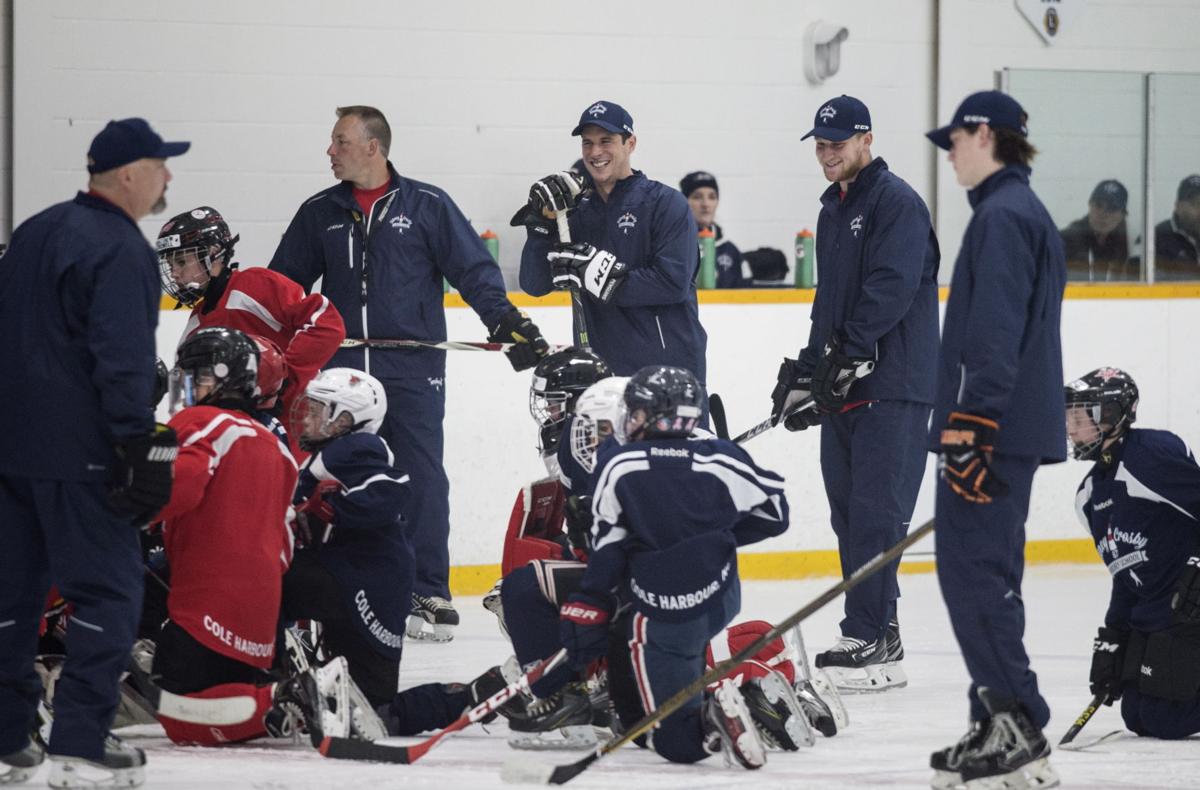 Avalanche center Nathan MacKinnon skates onto the ice during the introduction of players before the start of Game 4 against the Flames Wednesday, April 17, 2019, at the Pepsi Center in Denver, Colo. (The Gazette, Christian Murdock)

DENVER — This is one night on the hockey calendar you circle in gold and burgundy.

“They want to win every single game and score on every single shift,” said Avalanche defenseman Ian Cole, the fortunate one who’s been teammates with both.

The Avs host the Pens Friday night at Pepsi Center. I watched Pittsburgh’s practice Thursday at Pepsi Center and Crosby, who’s missed eight weeks after sports hernia surgery (ouch), wasn’t on the ice. Coach Mike Sullivan declined to say if Sid The Kid, 32, will give it a go against the Avs.

“Hopefully he’s playing against us,” MacKinnon told The Gazette. “One of the best players to ever play, it’s fun to play against (him).”

If not, well, guess we’re stuck with the next Hart Trophy winner. Hockey’s MVP at the midpoint of the season is MacKinnon, the 24-year-old superstar who’s carried the Avs through injuries and a flawed defense. Members of the Professional Hockey Writers Association of America tagged MacKinnon as the favorite, 12 first-place votes to Connor McDavid’s four. No one else at the moment compares.

“He should win the Hart. He should’ve won it a couple years ago. And, in my opinion, possibly last year as well,” campaign manager Gabriel Landeskog said.

Ask MacKinnon about the Hart and he shoots a look like you just stole a bite from his spaghetti. His tunnel vision eyes a different trophy, the one you don't dare touch until it's won.

This 3-6-1 stretch that’s staining Colorado’s fast start is a sure-fire sign the Avs, as currently constructed, are not built to win a Stanley Cup. While the league's highest-scoring team can find the net with the best of them, stopping goals these days is a big-time problem. The Avs are giving up 3.8 goals per game in the last 10.

Don’t believe me? Take it from Avalanche coach Jared Bednar, who said Thursday he’s going to experiment with a game-by-game platoon of Philipp Grubauer and Pavel Francouz.

“We’ve got to win some hockey games here,” Bednar said.

Translation: the Avs don’t believe they have a No. 1 goaltender. But it’s too easy to smother Grubauer and Francouz with all the blame. The Avs require a rugged defenseman who’s been around for a shift or three. Keep an eye on Los Angeles Kings defenseman Alec Martinez, a 32-year-old who’s won a pair of Stanley Cups and has a contract that runs through next season, making him more than a five-month rental.

If there’s a trade to make, Martinez should be at the top of their shopping list.

Put a game featuring Crosby vs. MacKinnon on your sports fan to-do list. One owns a pair of Hart trophies, one's closing in on his first.

“We’ve been friends for a long time,” MacKinnon told The Gazette. “Just like one of your best friends, he’s one of mine.”

Army is not going to be a pushover for Air Force this season. Picked to finish eighth of 11 in the conference preseason coaches’ poll, the Black Knights have defied expectations and were ranked No. 20 in the USCHO.com poll last week