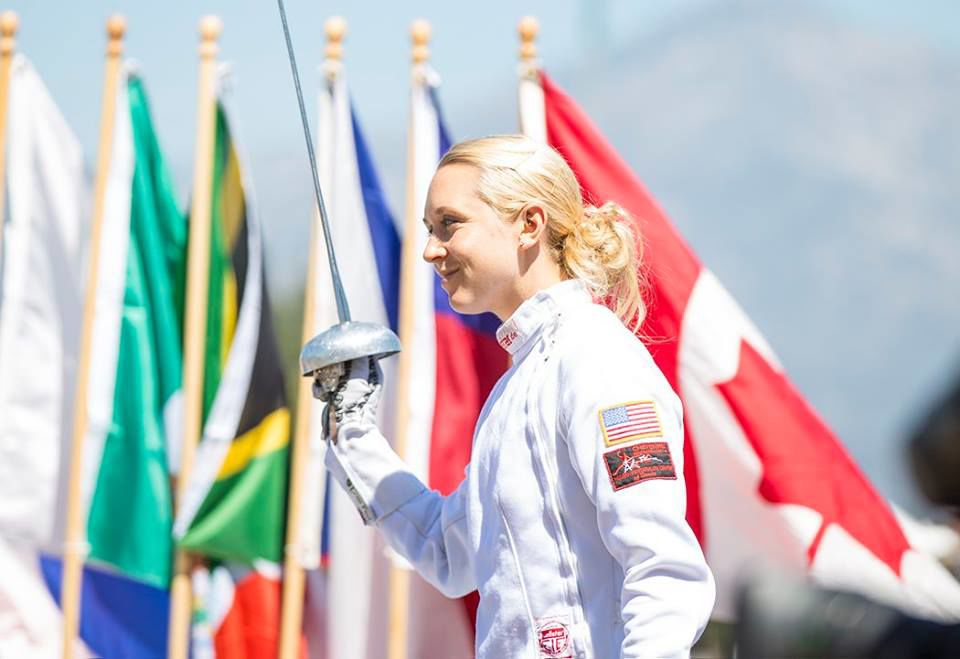 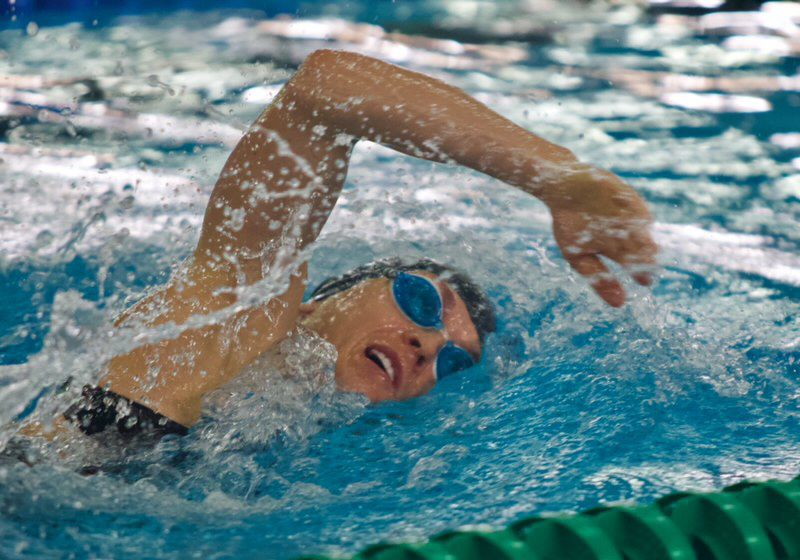 Samantha Achterberg competes in the swimming pool in July at the Pan Am Games in Lima, Peru.

Samantha Achterberg competes in the swimming pool in July at the Pan Am Games in Lima, Peru.

At the closing ceremonies of the 2016 Rio de Janeiro Olympic Games, Samantha Achterberg watched the pageantry with a swirl of emotions. The modern pentathlete made the trip, but couldn’t contribute, watching from the sidelines as an alternate.

“That was crushing. It was really, really hard to go through,” Achterberg, now 27, said, adding there were “a lot of mental breakdowns” as she trained hard for a very slim chance to compete.

“I was like, in four years, I don’t want to be a spectator. I want to be down there.”

In July 2019, she was on the podium at the Pan-American Games in Lima, Peru, qualification for the 2020 Tokyo Games secured.

Coming from behind as usual, she took home silver, crying as she crossed the finish line and went into the arms of her equally emotional family and coaches. Coach Dennis Bowsher, an Olympian in 2012 in London, said he “may have teared up a bit.”

“It’s an emotional thing, to see someone work so hard (and be rewarded),” Bowsher said.

The Littleton native sampled most sports growing up — her parents never made her pick and choose. “Never really an outstanding athlete,” and often injured in high school, she started working with a personal trainer, Scott Jones.

“He pushed me to a limit, but I had huge improvements,” she said. “I wouldn’t be here without him.”

Her running, swimming, riding and hunting background was put to good use when a family friend convinced her to try modern pentathlon, which is based on the tasks facing a well-rounded soldier of centuries past.

She and a fencer’s épée had never crossed paths. Even though she said she’s grown to love it, the mentally demanding and adaptive fencing did not come naturally. It remains her most challenging of the five events.

Trying to keep the dream alive between Olympics is tough even with consistent housing. Achterberg lived at the Olympic Training Center from 2013 to late 2016, when the residency program was cut. Then came crashing with friends.

“Definitely in a non-mainstream sport, it’s challenging,” Achterberg said. “Once you get to that level, you’re like, ‘How do I keep affording this? I’ve got to start making big-girl decisions on things.’”

One of the biggest decisions was joining the Army in 2017. It meant taking a long break for basic training — months of instruction that was grueling even for an elite athlete.

But Bowsher, a staff sergeant in the Army and coach within the World Class Athlete Program that Achterberg is a part of, said it was a good option for her.

“It takes away certain stressors that civilians may have,” Bowsher said. “They’re part of a bigger team now, so there’s a lot more support behind them. There’s a little bit of extra motivation and weight off your shoulders, so you can really attack each competition.”

“(The Army) is a part of the journey now too,” Achterberg added. “They follow along and they’re proud of me.

“It’s a good reminder — when I’m sore and tired after four practices a day, there’s someone overseas in Kuwait, sitting there with a gun protecting our country. It puts a lot of stuff in perspective. I try to remind myself of that every day when the first-world problems come up.”

With steady income, her own place to live and the constant support of her family and fiancé, some of the external pressure eased.

The Pan-American Games provided a golden opportunity to qualify for Tokyo, as there was no competition from traditional powers in Europe.

Following a bumpy start, she moved up after swimming. Then she was bucked off her horse during her one warm-up jump.

But she stayed calm. A lot of the work this year has been above the shoulders.

“In the past I was crumbling in the moment, planning for the worst-case scenario,” Achterberg said. “But I’ve started saying, ‘Well, OK. Moving forward.’”

On jumpy, powerful mounts, 15 athletes were disqualified, but Achterberg said she finished with only time penalties.

Then came her favorite event, the laser-run — running and shooting. The goal was just to reach the podium, but on the last lap, she decided she wasn’t willing to settle for bronze.

Two days later, she won gold in the women’s relay with Jessica Davis. It was part of a strong showing for Team USA. The men’s relay and mixed relay also took home hardware. On the American men’s side, former Egyptian Olympian Amro Elgeziry finished fifth and qualified for the Olympics as well.

After a quick break to explore Peru, and with an eye to next July, Achterberg was training as soon as she got back to the states.

She said she was worn out in 2016 after chasing points all year long. She can’t completely ease up, as there’s still an outside chance she could wind up an alternate again, but as Bowsher put it, she’s “in the driver’s seat” and “the one to beat.”

“I can pick and choose competitions more strategically.” Achterberg said. “I’ll have a little bit more fight by the end of the season.”

The international field looms large. European athletes are usually introduced to the sport earlier, according to Bowsher, though regional U.S. locations are starting prospective athletes sooner. He sees the sport growing, and the world competition eventually narrowing.

The last women’s modern pentathlete to medal for the U.S. at the Olympics was Emily deRiel in 2000. The last American man to medal, Robert Beck, did so in 1960.

“This time around, I think we have a shot at surprising people,” Bowsher said.

If Achterberg’s fencing improves, the next closing ceremonies could feel completely different.

“I want to not just be there, but I want to be a contender,” she said. “I want to be one of the strongest women out there.”

Aspiring Olympic archer Matthew Nofel has a long road ahead to potentially the 2020 Tokyo Olympics and beyond, but he has the Colorado Springs community behind him.