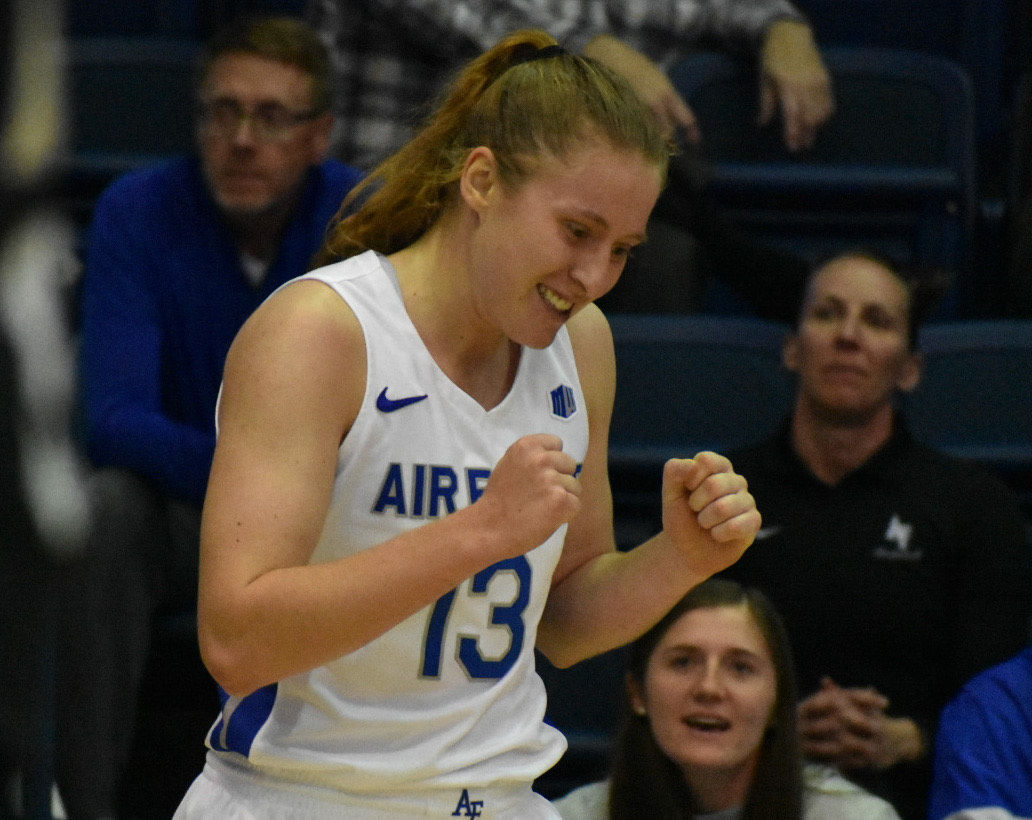 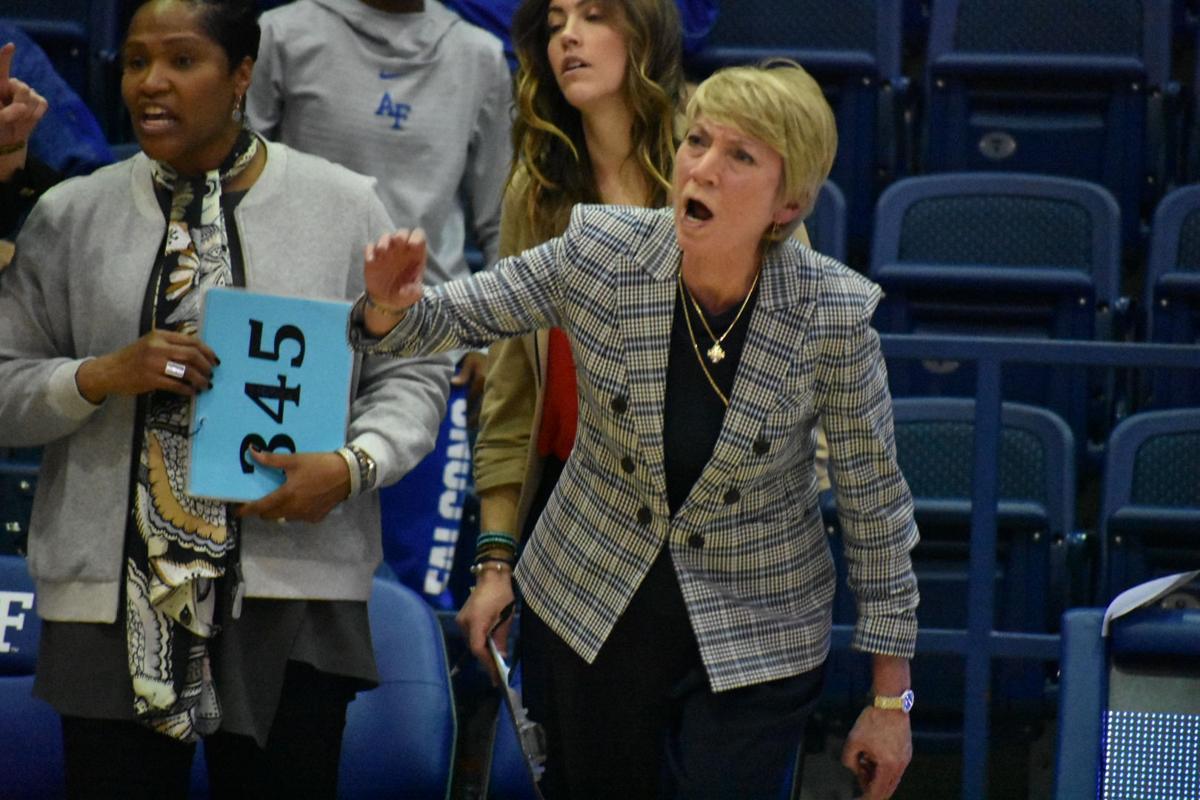 That, she said, was the difference in the Black Knight’s 68-66 victory at Clune Arena in a game that saw Air Force squander a 21-point lead, then engage in a heated fourth quarter that at one point saw two academies score on 10 consecutive possessions.

There were definitely some points in the closing moments that could have altered the game. Freshman Allyah Marlett stepped to the line with the Falcons trailing by two points with 3 seconds remaining and missed both shots. Air Force rebounded her second miss and Riley Snyder had a quick look that also didn’t fall.

Gobrecht pointed not to that brief sequence but a 10-minute third quarter that saw Army outscore the Falcons 21-6, largely by forcing its way into the paint, rebounding its misses and simply playing with more muscle.

“We have better basketball players, they’re just bigger and stronger,” Gobrecht said. “We looked like we eat sushi and they eat mashed potatoes and steak. … We’ve got to do something. We just got worked, physically.”

This was Air Force’s first full test of the season. It was blown out 87-56 in the opener at Arizona State, then hammered New Jersey Institute of Technology 68-48 in the second game. Under the tension of a tight, service academy game, Gobrecht was disappointed to see the inability to finish at the rim and box out on defense.

Help is on the way, however. Veteran center Kassady Huffman will rejoin the team after the first semester, returning from a medical turnback that has her currently separated from the academy. Sophomore Briana Autrey, the only true point guard on the team, could also return at that point pending academic issues that Gobrecht said led to the decision to keep her off the squad for now. Huffman is one of the top shot-blockers in program history, while Autrey averaged 9.2 points as a freshman, so those are two potentially giant additions.

Air Force (1-2) was led by Snyder’s 13 points, though the freshman made just 6-of-26 shots. Emily Conroe hit three 3-pointers in the second quarter, finishing with nine points and 12 rebounds. Haley Jones and Kaelin Immel each scored 10.

Army (1-2) was led by 16 points off the bench from Sabria Hunter, while Lindsey Scamman scored 13.