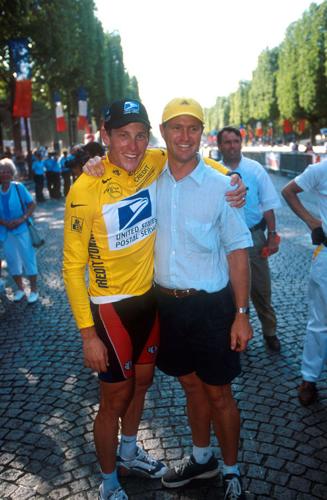 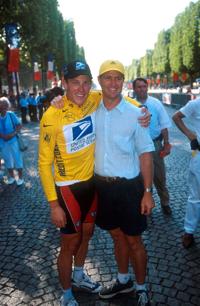 This should be the main. Lance Armstrong and Chris Carmichael pose after Armstrong's first Tour de France win in 1999. Courtesy Trainright.com 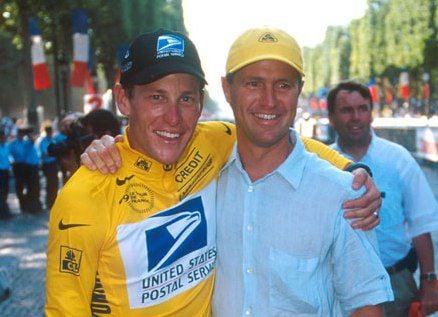 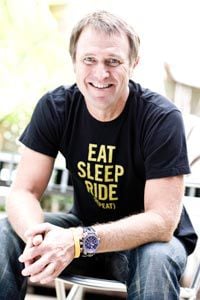 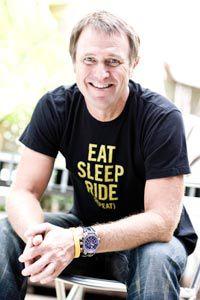 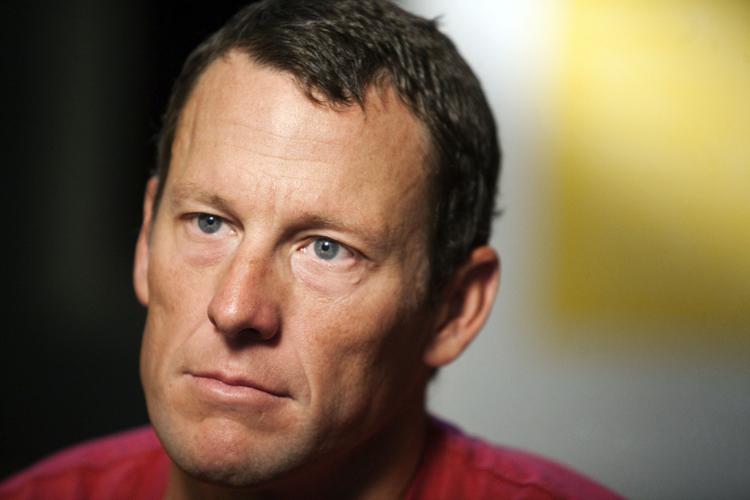 FILE - In this Feb. 15, 2011, file photo, Lance Armstrong pauses during an interview in Austin, Texas. Armstrong has given sworn testimony naming several people he says knew about his performance-enhancing drug use. (AP Photo/Thao Nguyen, File)

This should be the main. Lance Armstrong and Chris Carmichael pose after Armstrong's first Tour de France win in 1999. Courtesy Trainright.com

FILE - In this Feb. 15, 2011, file photo, Lance Armstrong pauses during an interview in Austin, Texas. Armstrong has given sworn testimony naming several people he says knew about his performance-enhancing drug use. (AP Photo/Thao Nguyen, File)

In the documents filed Wednesday by the U.S. District Court, and first reported by USA Today, Armstrong for the first time named those who supplied him performance-enhancing drugs and who knew he was doping. As part of the sworn statement, he said he told Carmichael he was doping in 1995.

If true, it means Carmichael, who was coach for the U.S. Olympic team in 1996, picked Armstrong for the Olympics knowing he was a cheater.

In a statement to The Gazette on Friday, Carmichael said, "I have never participated in a doping program, not with Lance Armstrong or anyone else. My role as a coach has always been to inspire athletes to be the best they can be by focusing on training, nutrition and innovations in equipment and sports science."

Carmichael coached Armstrong as a young Olympian in the 1990s and was his personal coach for repeated wins at the Tour de France from 1999 to 2005.

Carmichael's Colorado Springs-based coaching business, Carmichael Training Systems, was successful in large part thanks to Armstrong's success. And though Armstrong and others say Carmichael knew of the drugs early on, the coach defended his rider in the press for more than a decade.

"In 20 years, I never saw him use any banned substances, and in my eyes, seeing is believing," Carmichael told VeloNews in 2012.

Carmichael also remained silent as Armstrong repeatedly used lawsuits and intimidation to go after people who tried to tell the truth.

"To stand by and say nothing as Armstrong is destroying people for doing what is right? I shake my head at the whole thing, it is just disgusting," said Andy Bohlmann, a longtime Colorado Springs race director who was in charge of drug testing for the U.S. Cycling Federation from 1984 to 1991, when he heard of the revelations this week.

When asked "Who knew you were doping at any time between 1995 and 2010 and how did they know?" Armstrong's lawyer gave a long reply, naming 16 riders, doctors and others who worked with him, then added "Mr. Armstrong told Chris Carmichael in 1995 of his use of PEDs."

O'Reilly came clean about Armstrong's doping in a 2004 book. Armstrong then sued her, calling her a liar and an "alcoholic whore."

When asked under oath who Armstrong "bullied, tried to intimidate, unjustly sued, retaliated against, or made false accusations against for speaking out against doping or accusing you of doping," Armstrong listed the masseuse, 21 riders, riders' wives, media outlets and the head of the Colorado Springs-based U.S. Anti-Doping Agency, Travis Tygart.

Tygart, who was instrumental in getting Armstrong banned from cycling in 2012, could not be reached for comment.

During Armstrong's retaliations against whistleblowers, Carmichael stood by his rider. He was a go-to for the press who reliably said hard work, not drugs, fueled Armstrong's wins.

In 2004, in response to O'Reilly's allegations., a Carmichael spokesman told the Australian newspaper The Age, "Chris can attest that Lance has never taken any performance-enhancing drugs."

In 2006, when Armstrong teammate Frankie Andreu said under oath that Armstrong had told him that he had doped, Carmichael dismissed the assertion in the press as "ridiculous."

Carmichael built his coaching business on Armstrong's wins, using the slogan "Lance Armstrong calls him 'Coach.' Now you can, too."

He turned a modest personal coaching business run out of his spare bedroom in Colorado Springs into an empire with about 50 employees, thousands of clients, a library of best-selling books and satellite training centers in North Carolina, Arizona and California.

Carmichael once charged $3,500 per month for personal coaching and thousands more for week-long training camps. He garnered at least $20,000 as a motivational speaker for such corporations as Microsoft and Nike.

Carmichael is still in the coaching business, but now seems to be distancing himself from Armstrong.

In the past year, as Armstrong has been besieged by lawsuits, Carmichael Training Systems has taken down images of the cyclist that once covered its website. Carmichael's biography on the site, which once prominently featured Armstrong, now barely mentions him.

On a visit Friday, no images of Armstrong were visible.