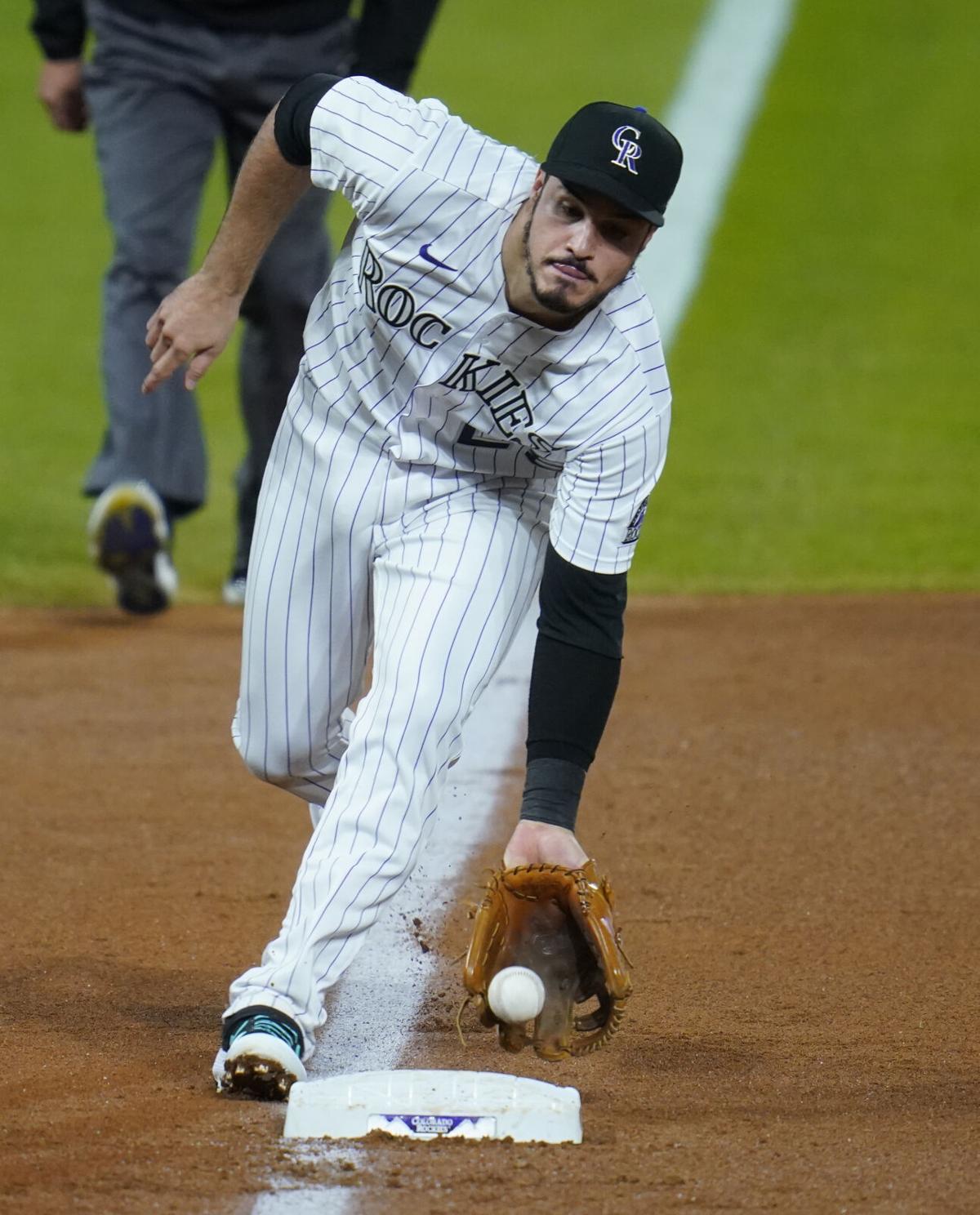 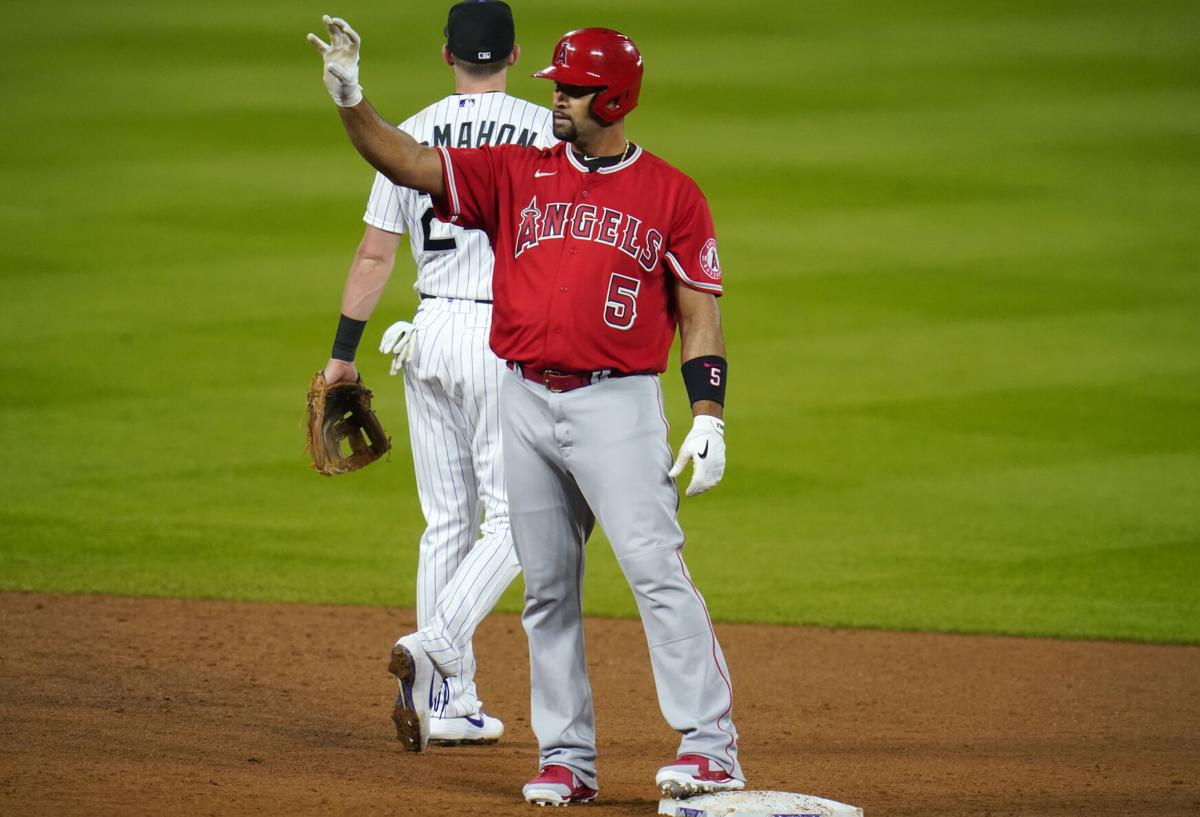 Los Angeles Angels' Albert Pujols, front, gestures to the dugout after reaching second base with an RBI-double as Colorado Rockies second baseman Ryan McMahon heads back to his position in the sixth inning of a baseball game Saturday, Sept. 12, 2020, in Denver. (AP Photo/David Zalubowski)

Los Angeles Angels' Albert Pujols, front, gestures to the dugout after reaching second base with an RBI-double as Colorado Rockies second baseman Ryan McMahon heads back to his position in the sixth inning of a baseball game Saturday, Sept. 12, 2020, in Denver. (AP Photo/David Zalubowski)

A second consecutive walk-off win was there for the taking, but the Rockies were caught looking.

The Angels capitalized on Colorado’s missed opportunity, winning 5-2 in 11 innings at Coors Field on Saturday.

Victory was 90 feet away for the Rockies in the 10th inning as Elias Diaz, the free runner who started the inning on second under baseball’s new extra-inning rule, moved over on a sacrifice bunt. Trevor Story, Colorado’s most steady player this season, took a called third strike with one out. After Charlie Blackmon received an intentional walk, Nolan Arenado grounded out to end the inning.

It felt like the kind of opportunity that would come back to haunt, and Los Angeles made sure that was the case.

Though reliever Tyler Kinley held the Angels scoreless in the 10th with two strikeouts and then added two more strikeouts in the 11th, Los Angeles finally got to him with a three-run home run from Jared Walsh.

It was the fourth consecutive game with a home run for Walsh.

The loss dropped the Rockies (21-24) to 1 ½ games behind Miami for the final playoff spot in the National League with 15 games remaining.

"We had them on the ropes a couple times and just couldn't get the big hit," Colorado manager Bud Black said.

This was the sixth quality start (at least six innings with three or fewer earned runs) of the season for Freeland that has resulted in a no-decision. At 2-1, he could easily boast seven or eight wins. Over his past two starts Freeland has thrown 14 innings and given up two earned runs but has no wins to show for it. The Rockies lost both games.

Albert Pujols had a throwback day, going 2 for 5 with an RBI double that moved him into fifth place in doubles in baseball history. It was just the sixth multihit game of the season for Pujols, 40, who entered batting. 227.

Mike Trout continued to show the consistency that has made him the best player in the game. The Angels center fielder drew two walks and doubled. In the two games in this series he has reached safely in 6 of 10 plate appearances.

Blackmon drove in Colorado’s first run in the third inning with a sacrifice fly and Ryan McMahon drove in the second when his single scored Josh Fuentes in the fourth.