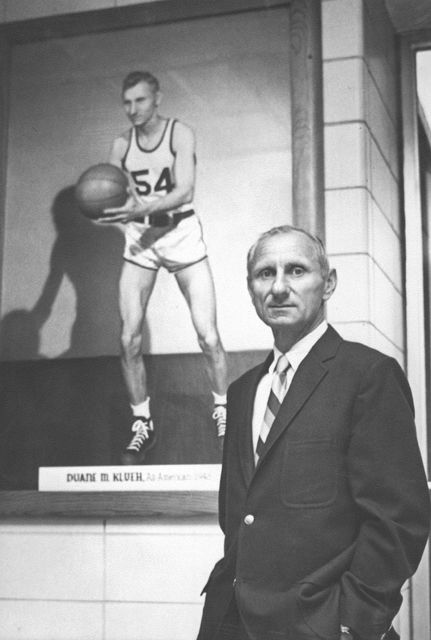 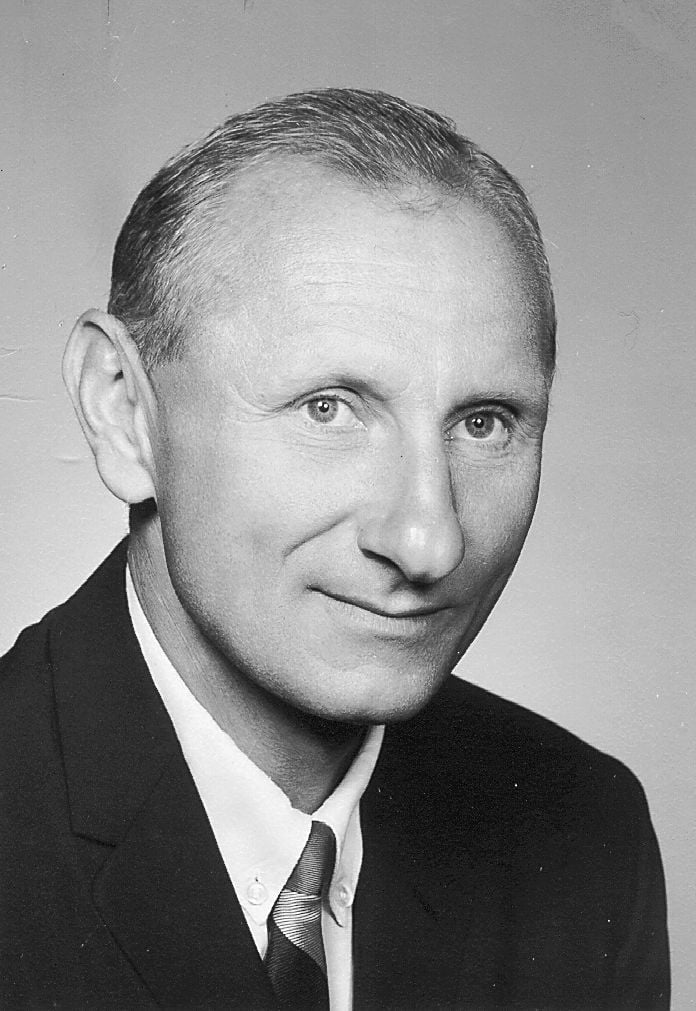 DENVER — He is one of the NBA's oldest living alums, an (almost) original Denver Nugget.

And he adores Nikola Jokic.

Wait, it gets better.

"Coach Wooden would have liked him. The way he passes, he's something else,” Klueh says. “I wish they would've been able to finish the season this year. I really do. It's a shame. Then we’d get a chance to see the big guy play more often."

Hear, hear! We dearly miss basketball at the moment. So does basketball history — like Mr. Klueh.

He starred in college for John Wooden at Indiana State; challenged Nuggets teammate Kenny Sailors, the inventor of the jump shot, to games of HORSE after their practices at the University of Denver; guarded the legendary Bob Cousy on Nov. 1, 1950 — in Cousy’s first NBA game.

"It was Red Auerbach's first game as coach of the Boston Celtics, too," he says.

Mr. Klueh’s 94th birthday was Jan. 6, yet he can still break down his 18 holes at City Park Golf Course on Christmas Eve, 1949. “Beautiful day,” he says. “All we needed was a sweater.” At the tail end of a 90-minute phone call from his assisted-living home in Terre Haute, Ind., as the coronavirus pandemic consumes the world's attention and cancels its games, Mr. Klueh reminded us that basketball’s been through some stuff before. And basketball endures. The Nuggets endure. With a spotless memory he rattled off Nuggets stories from the ’49-50 collective that went ... 11-51.

“We were probably the worst team, if they ever got around to ranking them with wins and losses, in the history of the NBA,” he says.

"We weren't very good. There’s no way around that," he says. "And it wasn’t the fault of the players. It was just the fact we had no size whatsoever. We had a couple of bigger guys that couldn’t jump very well. We just weren’t very good. We all tried hard, practiced hard, all that. We had fun. We were good at that part.”

Mr. Klueh’s Nuggets were a charter member of the NBA and are credited as Colorado’s first major pro sports franchise. They may have lost some games, but they were no slouches. The roster included a future Air Force Maj. Gen. (Jack Toomay), an inductee in the Indiana Basketball Hall of Fame (Klueh) and, of course, the man who popularized the modern jump shot (Sailors). Sailors, who died in 2016, now has a must-see statue at his alma mater, the University of Wyoming.

Sailors' Nuggets teammates established a firm rule for him during games of HORSE and “21.”

“Kenny, he was a very good shooter, as you might suspect,” Klueh says. “There was no way we could jump and shoot at the same time like he could. So we told him: ‘Kenny, you can’t leave the floor. Your feet must stay on the ground.’”

Mr. Klueh estimated his salary with the Nuggets was around $6,000 for the season. Alas, the Nuggets found financial trouble — and folded after the ’49-50 campaign. They sold Klueh, their fourth-leading scorer, to the Fort Wayne (Ind.) Pistons in February of that season.

The next night, Klueh scored eight points to help the Pistons beat the Nuggets, and a local paper published the headline, “Klueh Turns Villain.”

“It’s my first halftime with the new team, and the coach goes on a tirade: ‘It’s going to cost every one of you $25 if you lose this game!’” Mr. Klueh recalls. “Of course, I haven’t even been in the game yet. I thought, ‘What kind of an outfit did I get into?’”

His per diem with the Pistons was $6. His shoe deal consisted of ... a pair of free shoes.

Before he became a Nugget, Klueh was a disciple of the great Wooden at Indiana State.

“We’d practice for 3 hours and seldom stopped. Coach Wooden would say, ‘We want you to be ready to play the last 5 minutes of a game. That’s when the games are won.’"

Quarantined due to the pandemic, Mr. Klueh, sharp as a razor's edge, has basketball insight for decades. And how refreshing it was to hear an NBA original embrace the modern game.

"It's a completely different game from what we knew. There’s nothing that’s even close to what we were up to. And it’s good,” he says. “I, for one, am a fan of what has happened to basketball as far as the rules and so forth. It’s a much better game to watch. It’s a game that more often than not comes down to a few shots or a few minutes at the end. I watch as many games as I can. The standouts do stand out.”

Woody Paige: Denver Nuggets, Colorado Avalanche could be on a real kick in the Can

Columnist Woody Paige notes that the Colorado Avalanche and Denver Nuggets could set reach some lofty heights together this season and in the playoffs.