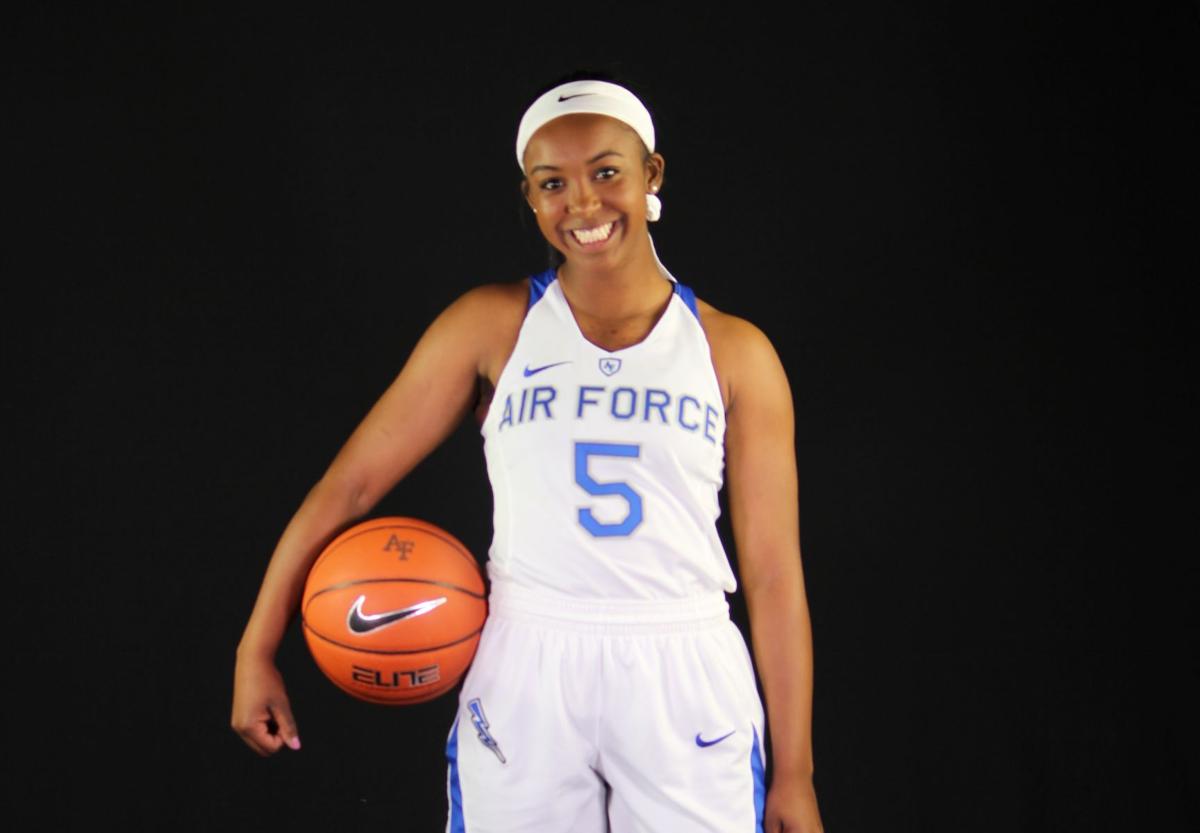 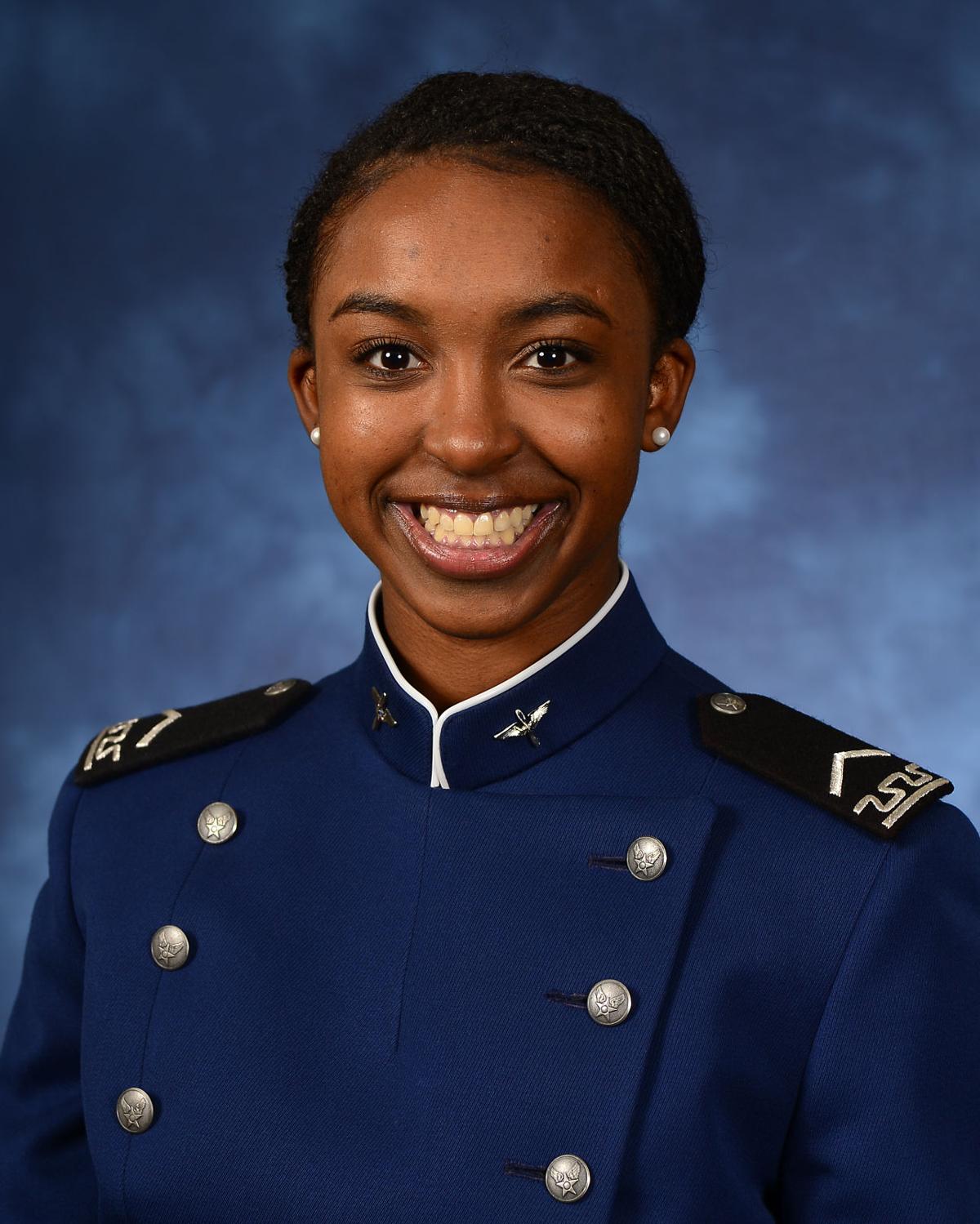 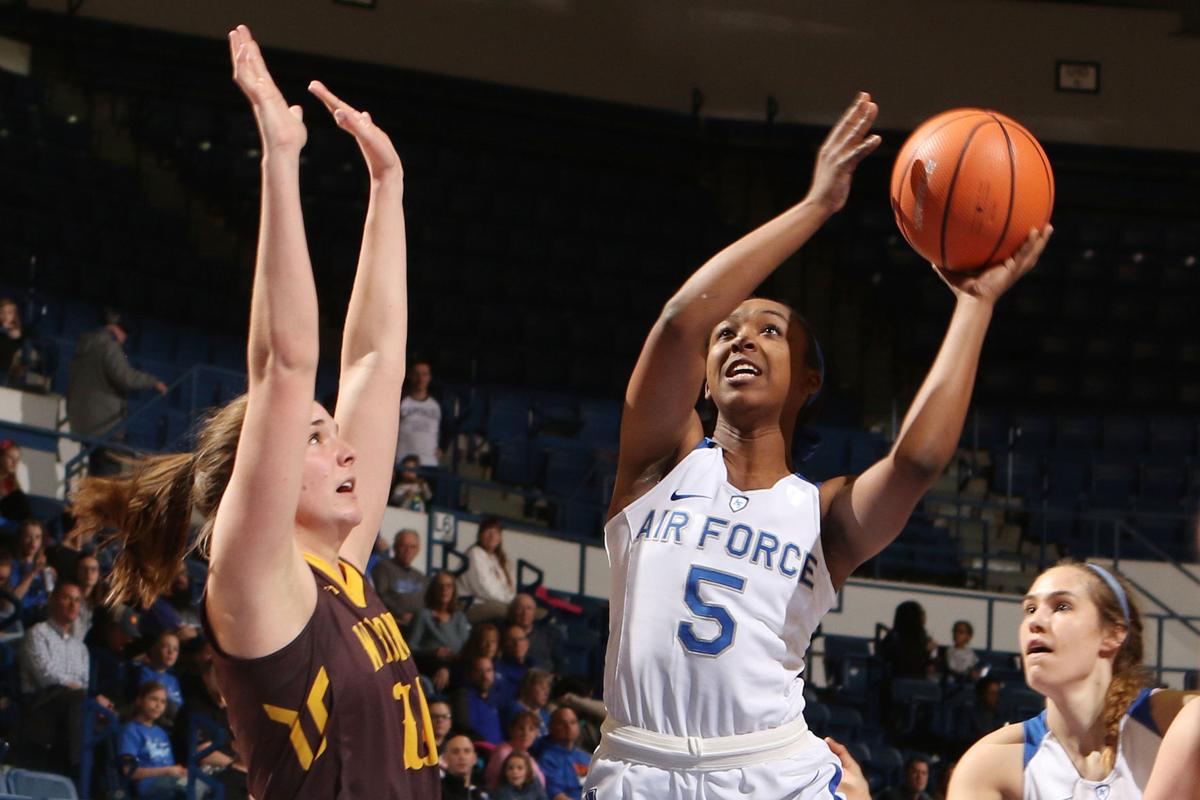 Kennedy Beale planned to do just two or three back handsprings.

Once she heard the Falcon Stadium crowd begin to roar, she had to keep going.

“Every single time I looked at my phone it was Twitter sending me a new notification about someone commenting, or following me or liking the tweet,” said Beale, a sophomore guard on the Air Force women’s basketball team who became the surprise viral star of Saturday’s football victory over Navy. “I didn’t expect it blow up that much. It was fun.”

Beale’s big moment came during an on-field timeout when she participated in a touchdown dance competition with a male cadet.

He went first, recruiting fellow cadets to stand around him as a he danced in the middle. They then all fell down in unison when he struck a pose. The crowd roared with approval.

Beale knew she had to come up with something special to top him. Her teammates had “voluntold” her to participate because they knew she had a background in gymnastics, having competed from second through fifth grade before picking up basketball. It wasn’t a skill she normally displays — and the coaching staff didn’t even know about it.

When it was Beale’s turn, she started tumbling backward and didn’t stop until she completed seven turns, taking her halfway across the field in a moment that had the stadium rocking.

“It was super cold outside and I wasn’t warmed up,” Beale said. “I was just kind of winging it. I was super nervous, but I tried not to show it. When I was flipping, I could hear the crowd cheering.”

CBS Sports Network posted the video of Beale’s tumbling routine, which was followed by a celebration with her basketball teammates, on Twitter, and by Tuesday afternoon it had more than 35,000 views.

“I’ve gotten so many new followers on Twitter. It’s blowing up with retweets, comments,” Beale said. “People back home are calling me about it. It’s gotten everywhere. I didn’t expect that to happen. I thought it was something the crowd would see, but I didn’t expect CBS to put it up there.”

Beale isn’t sure how she’d top that moment, though she’s jokingly given thought to doing a full halftime routine. But she’d be content with a breakthrough season for the women’s basketball team, which seems possible after a strong finish to last year and key players joining the mix this year.

“Our team is looking really good this year,” she said. “The culture’s definitely changing. We are so competitive.”