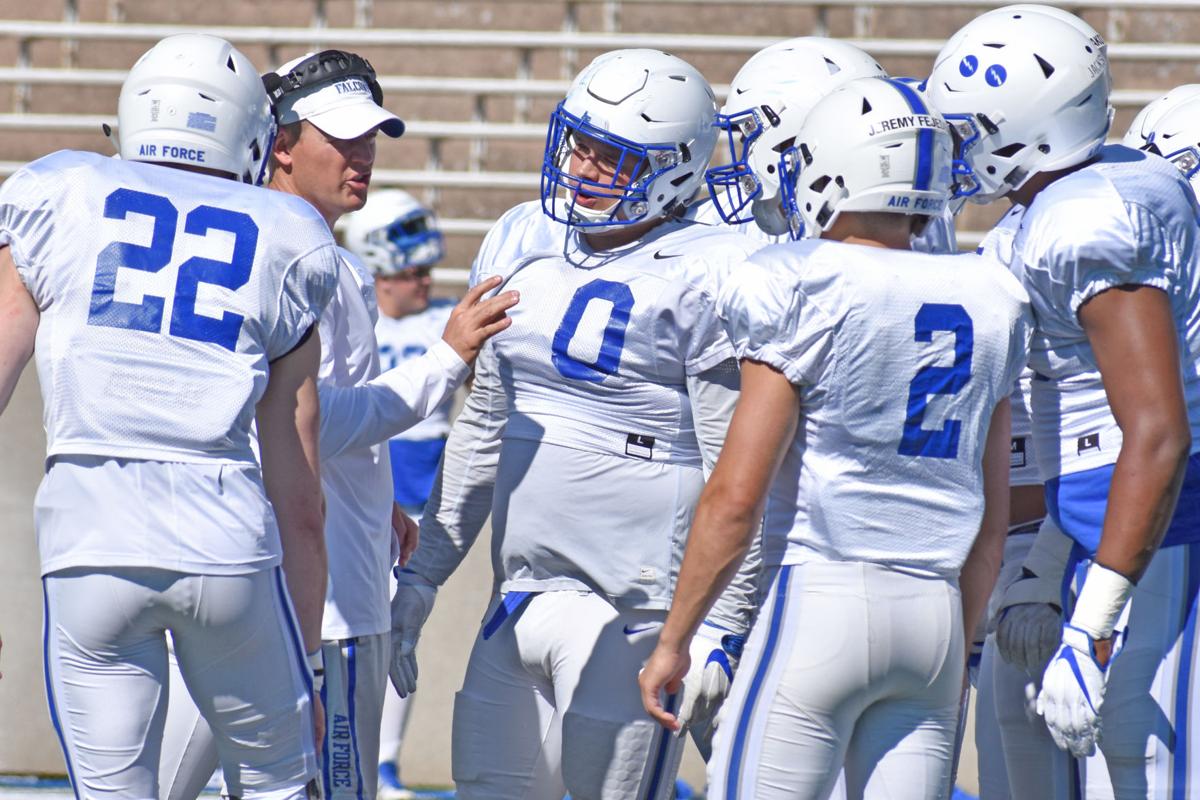 Air Force assistant coach John Rudzinski talks with the defense prior to a Saturday morning intrasquad scrimmage at Falcon Stadium on Aug. 11, 2018. (BRENT BRIGGEMAN, THE GAZETTE) 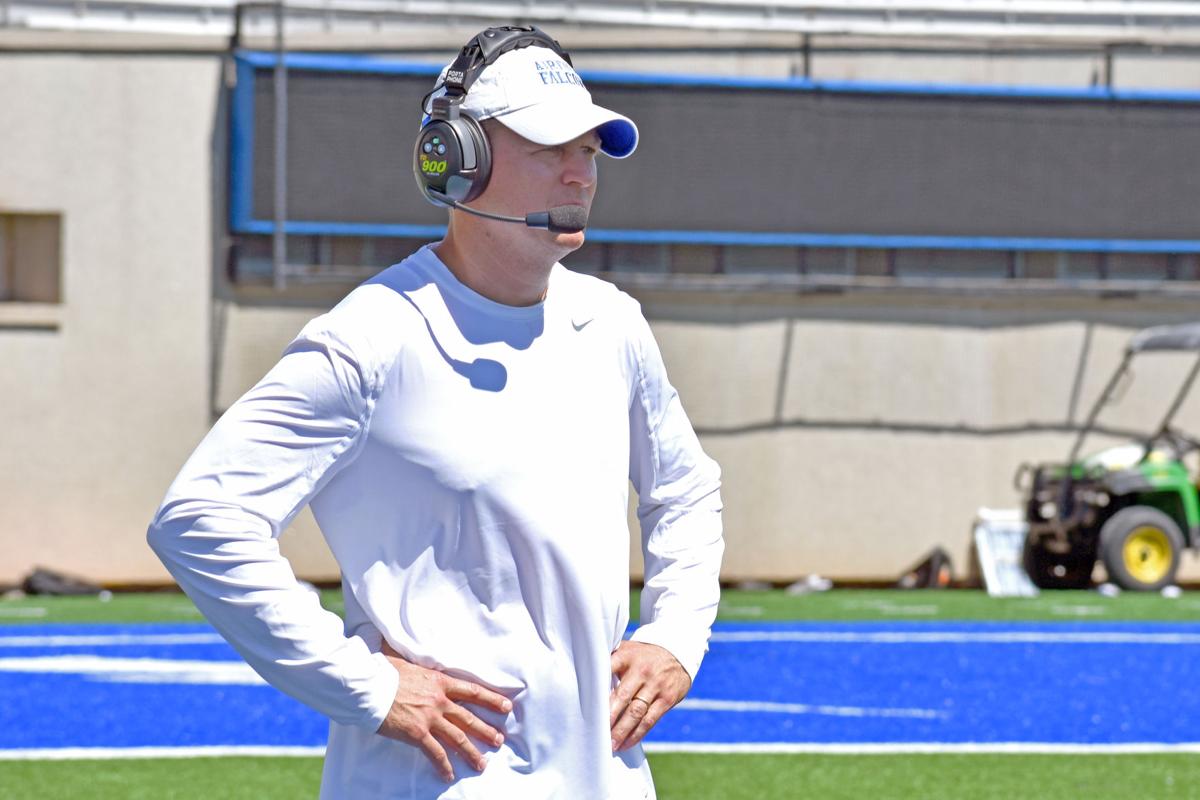 Air Force assistant John Rudzinski looks on from the sidelines during a scrimmage on Saturday, Aug. 11, 2018. (BRENT BRIGGEMAN, THE GAZETTE) 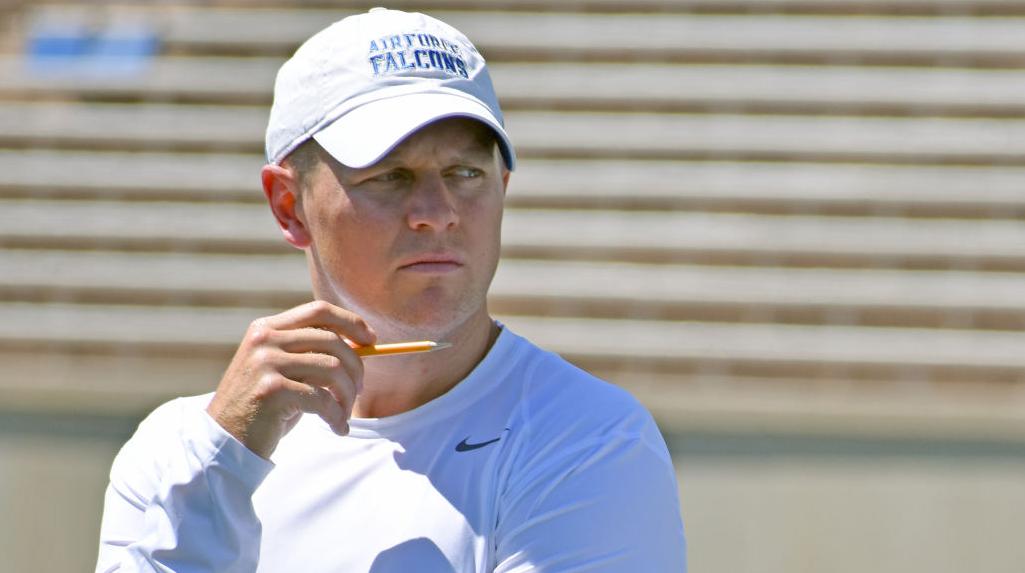 Air Force assistant coach John Rudzinski talks with the defense prior to a Saturday morning intrasquad scrimmage at Falcon Stadium on Aug. 11, 2018. (BRENT BRIGGEMAN, THE GAZETTE)

Air Force assistant John Rudzinski looks on from the sidelines during a scrimmage on Saturday, Aug. 11, 2018. (BRENT BRIGGEMAN, THE GAZETTE)

Prior to Saturday’s scrimmage, Rudzinski was on the field talking with officials as position coaches were finishing drills with the defensive groups. Before the first snap, it was Rudzinski huddling with the defense.

Watching him in practice, hovering around the first-team defense, the job seemed obviously his.

“We haven’t done it yet,” said Calhoun, who has deflected questions about the position since it became vacant in January. “Nope. We haven’t.”

If Rudzinski is the choice to run the defense, he’s stepping into a situation where he’s surrounded by experience.

Linebackers coach Ron Vanderlinden has been in the college game since the 1970s, helping turn Colorado into a power in the 1980s, running Northwestern’s defense in the 1990s when it changed its fortunes, serving as head coach at Maryland and then building a reputation as a linebackers guru for 13 seasons at Penn State.

Brian Knorr has run defenses for Wake Forest, Indiana and Ohio, while also serving on staffs at Ohio State and Arizona.

Defensive line coach Tim Cross, who doubles as associate head coach, has served on staffs at Texas, Minnesota and Syracuse. He was the head coach for four years at Thomas Jefferson High School in Colorado, helping the team to a 42-game conference winning streak.

The lone newcomer is Chip Vaughn, who played at Wake Forest, won a Super Bowl ring with the New Orleans Saints and has coached at Fayetteville State and Winston-Salem State.

“We’re fortunate in that room to have all that experience,” Rudzinski said. “And what we’re going to do collectively, it’s a team effort.”

Rudzinski would be the fourth Air Force graduate to coordinate the Falcons defense under Calhoun, joining Tim DeRuyter, Charlton Warren and Steve Russ. Only Matt Wallerstedt was the outlier, but he had served for several years on Fisher DeBerry’s staff.

Rudzinski played inside linebacker for DeBerry’s team, graduating in 2005 after earning the Brian Bullard Award, which is the program’s highest honor. He was an honorable mention all-Mountain West selection and played in the East-West Shrine Game.

He then returned as a graduate assistant under DeBerry in 2005 before serving on active duty as a maintenance officer in Charleston, S.C.

He returned to the Falcons coaching staff in 2010 under Calhoun.

This year? It seems a bit different.

“He lost his voice after the first few days of practice,” spur linebacker Kyle Floyd said of Rudzinski, whom he described as animated. “He told us what he wanted from us. He told us the expectation and that it was up to us to do what he we need to do.

Added cornerback Jeremy Fejedelem, “I don’t know how he does it every day, but it’s just high motor – tempo, tempo, tempo.”

Will that energy be focused on the defensive as a whole, or still in the role of defensive backs coach? Air Force isn’t saying. But it sure looks like the job is his.

Malik Miller was among those with the most to lose this fall for Air Force, and he ran like it Saturday.