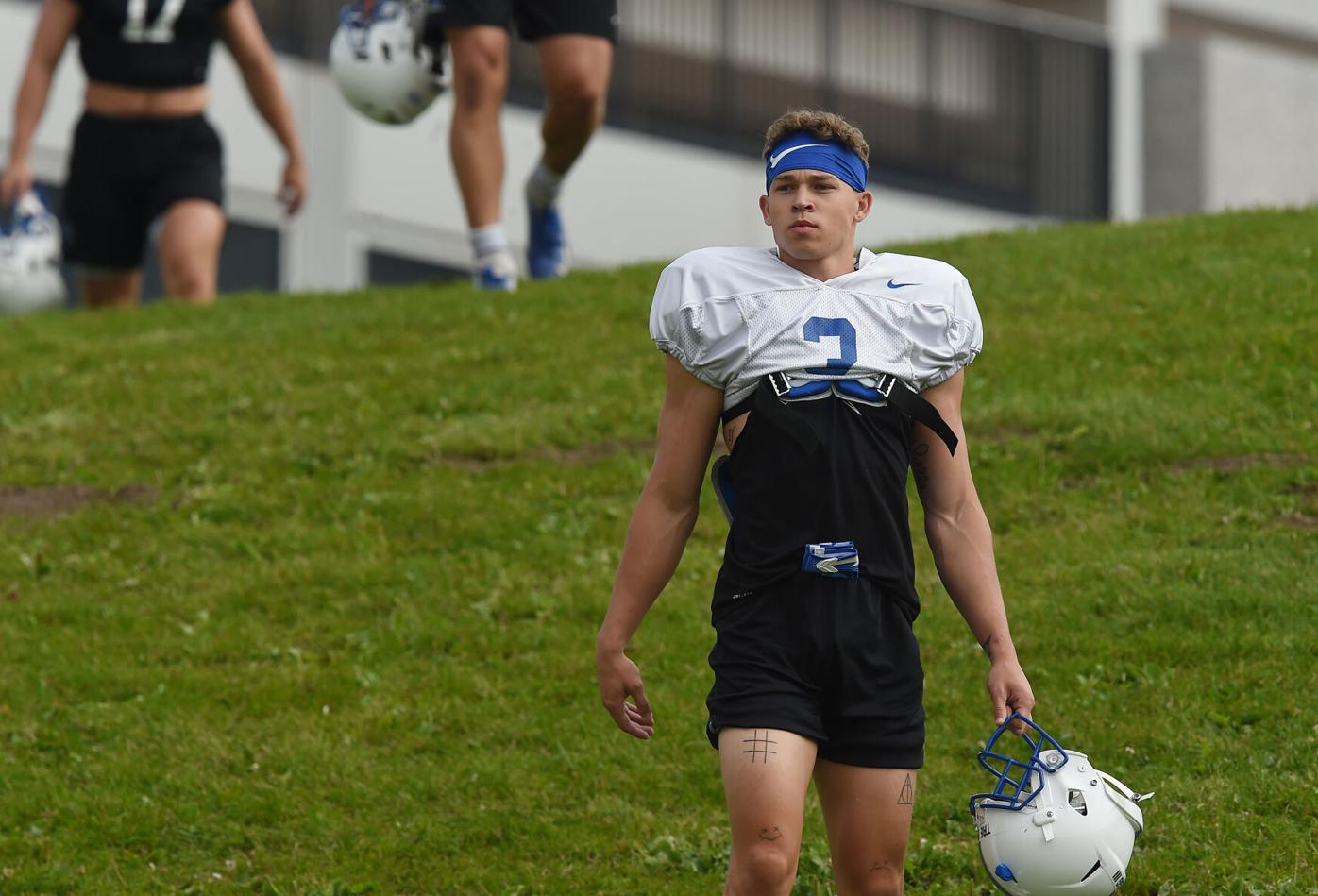 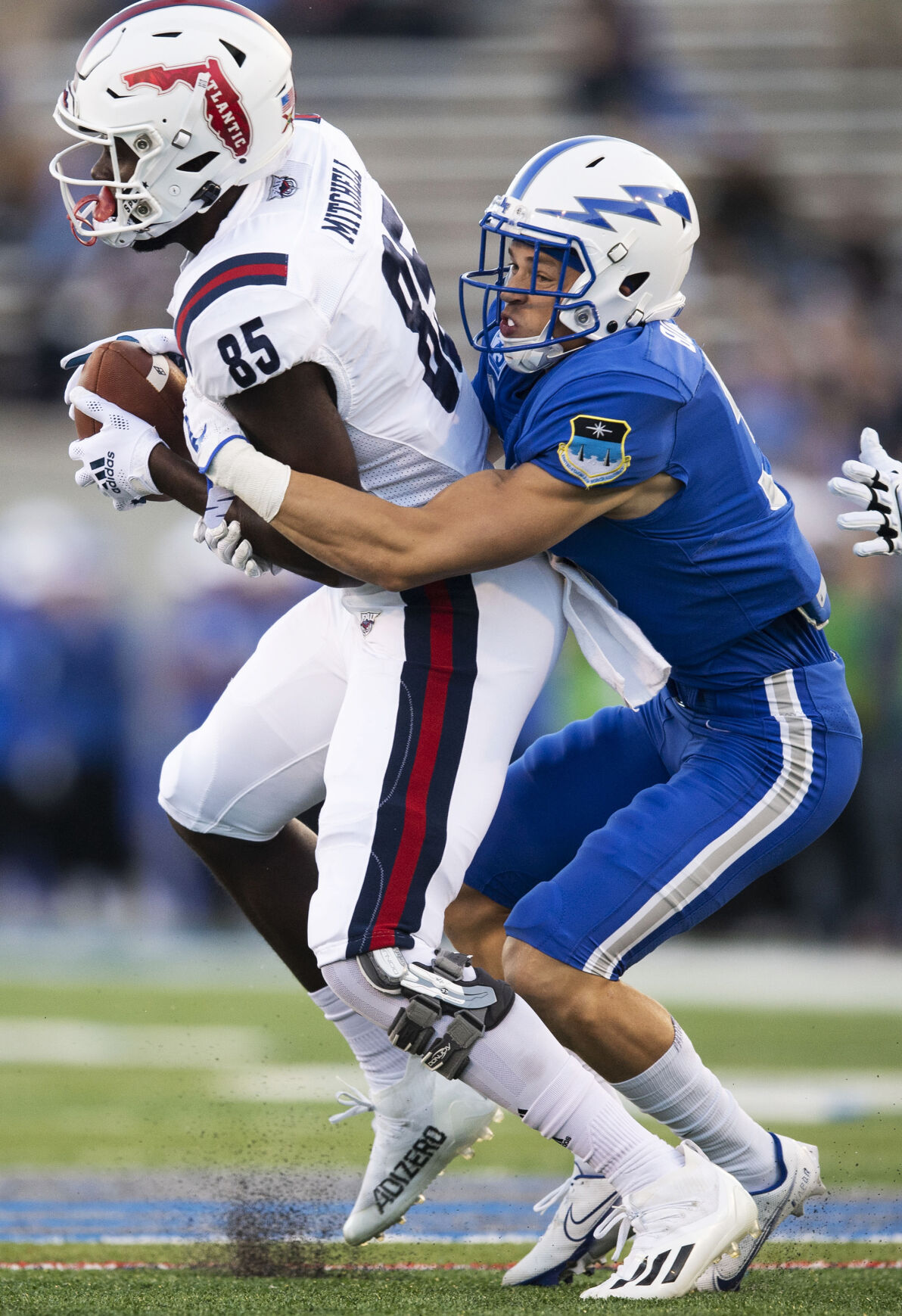 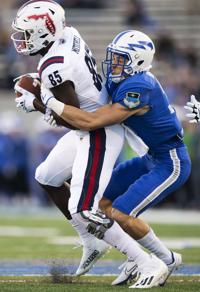 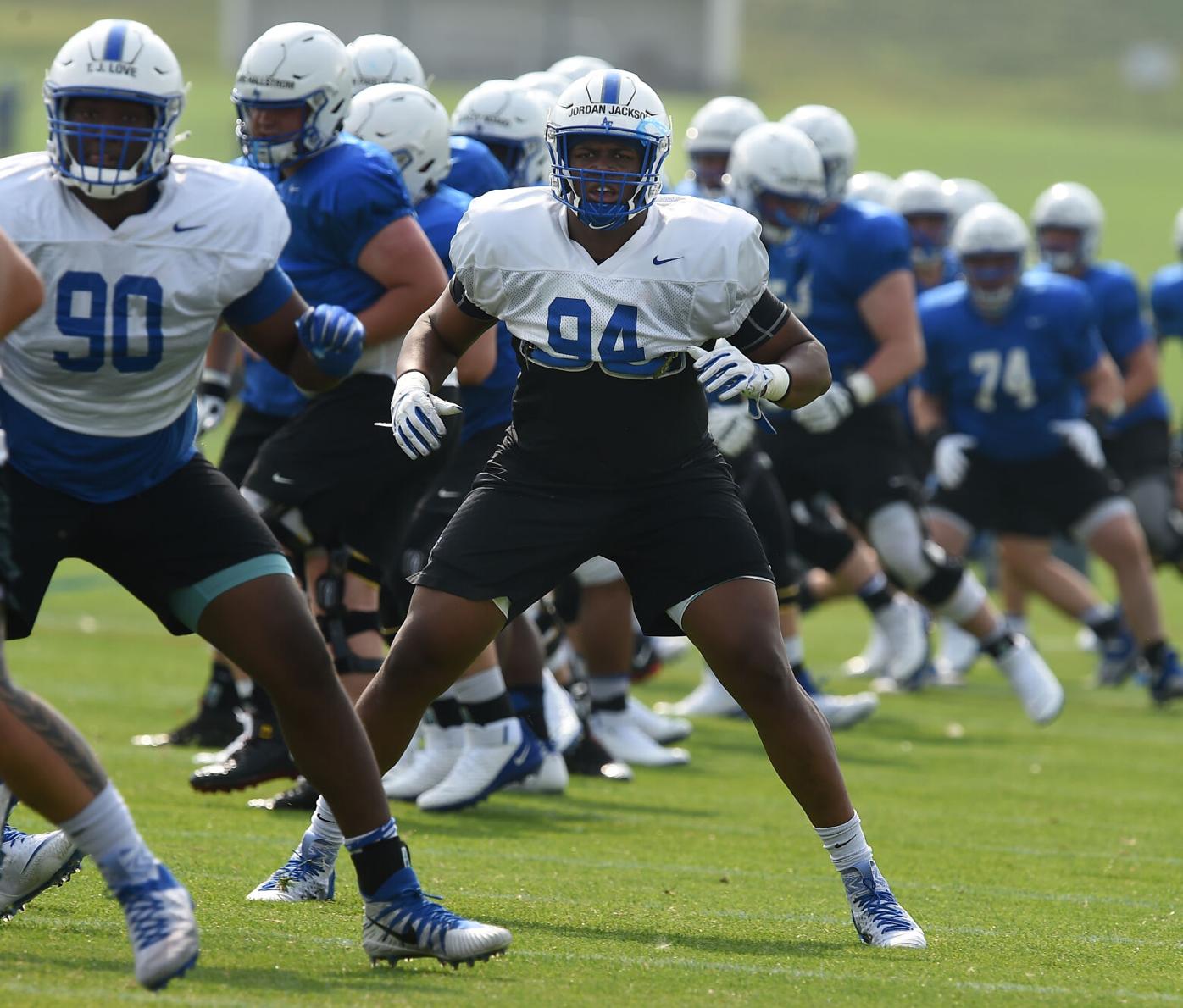 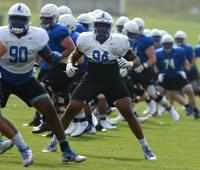 Air Force’s roster will have a few unique entries for the First Responder Bowl on Tuesday.

In addition to a bevy of academy cadets, there will be three second lieutenants (James Jones IV, Kolby Barker and Demonte Meeks were commissioned after their Dec. 16 graduation, as was injured teammate Lakota Wills) and two grads who appear to be in a rare in-between place.

Cornerback Tre’ Bugg and defensive lineman Jordan Jackson graduated on Dec. 16 but are not believed to have commission, following the new option for approved athletes who are permitted to delay entry into active duty while exploring the possibility of playing professionally. Attempts to confirm their status with Air Force officials was unsuccessful over the recent holiday, but photos of the Dec. 16 graduation ceremony shared from multiple accounts on social media showed a clear difference between Bugg and Jordan and those who graduated and commissioned. And that was the plan for both, as they had submitted applications to delay commissioning to test the NFL waters.

The situation is so unique that even the graduates weren’t sure of the plan a day before their ceremony.

“The school does a really good job of forcing you to take things on a day-by-day basis, because there’s so much stuff going into every day,” Bugg said. “So I’ve gotten used to just kind of waiting until I’m told what’s going on.”

The policy, enacted under the Trump Administration, that permits athletes to defer active duty while exploring pro sports is still relatively new. Cornerback Zane Lewis (class of 2020) was among the first to navigate it, and he remains with the New York Jets. The class of 2021 saw Nolan Laufenberg and Parker Ferguson, both offensive linemen, utilize it to work their way onto practice squads with the Washington Football Team and Jets, respectively.

So, while this policy is still being worked out, a new wrinkle was added this month. The December graduates from the football team were among those who took turnbacks during the fall semester of 2020, essentially pausing their time at the academy and delaying their graduation by a semester. A May graduate in football would have already seen the NFL Draft and ensuing undrafted free agency signing spree to gauge their pro prospects and make a case for being permitted to delay commissioning. A December graduate had to make a case without as much evidence.

Not that Bugg and Jackson lacked evidence of their abilities.

Both received All-Mountain West recognition (Jackson on the second team, Bugg honorable mention) this season and will attend showcase all-star games following the season – Bugg in the Hula Bowl, Jackson in the Reese’s Senior Bowl.

Bugg leads the team with 61 tackles this season, has five career interceptions and has made 27 career starts. He memorably returned an interception 92 yards for a touchdown at Hawaii in 2019 after it first bounced several times off teammate Grant Theil.

Only Chad Hennings (225) and Johnny Harrison (137) have generated more lost yardage via sacks in their Air Force careers than the 6-foot-5, 285-pound Jackson (136). He has 27 career tackles for loss and 15 sacks, including 10 tackles for loss with seven sacks this season. Jackson has moved progressively closer to the middle of the defensive line in his career, spending much of his senior year at an interior tackle spot and even playing nose guard.

It’s uncertain where NFL teams will want to place him. But like Bugg, he’s grown accustomed to dealing with uncertainty.

“I’ve heard different things about different positions,” Jackson said. “Wherever they want me is fine with me. I guess we’ll just see when that time comes.”

Christmas came early for Tyree Taylor, but it came long before he received the most ideal news regarding Air Force’s bowl game.