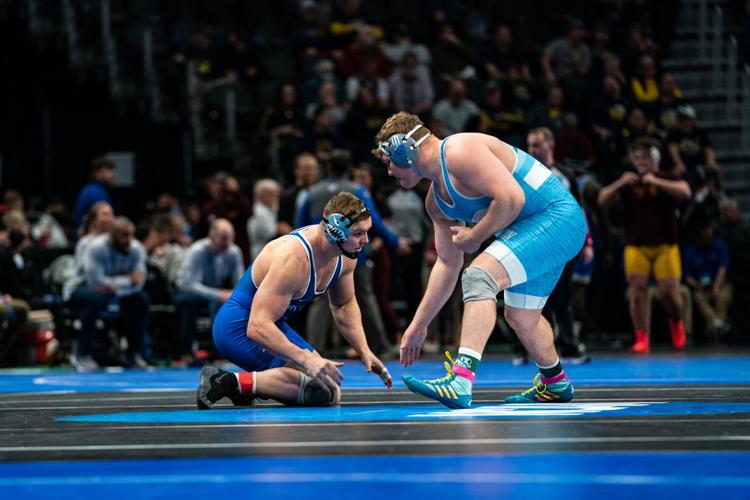 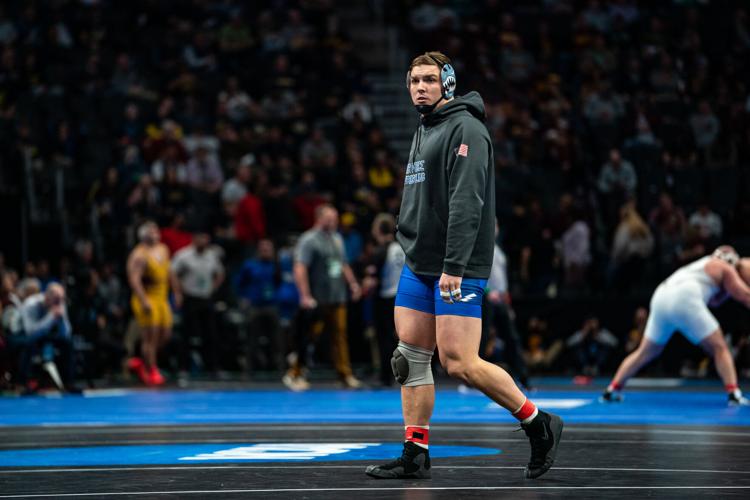 Wyatt Hendrickson lost a second-round match at the NCAA Wrestling Championships on Thursday, dropping the Air Force heavyweight into the consolation round and halting his unbeaten streak.

Hendrickson, seeded fifth, pinned No. 28 Michael McAleavey of Citadel in 2:04 to open the championships in Detroit. The pin was Hendrickson’s national-best 16th of the season and stretched his record to 25-0.

In the evening, however, Hendrickson fell to Christian Lance of Nebraska in a 5-3 decision.

Hendrickson led 2-1 in the third before Lance scored a pair of takedowns.

Hendrickson will take on No. 27 Michael Wolfgram of West Virginia in the consolation bracket on Friday.

Air Force’s Sidney Flores also went 1-1 on the day at 125 pounds. Flores, seeded 28th, was beaten by fifth-seeded Austin DeSanto of Iowa in a technical fall in the opening round before beating Appalachian State’s Codi Russell, the No. 21 seed, in a 12-9 decision in the first consolation round.