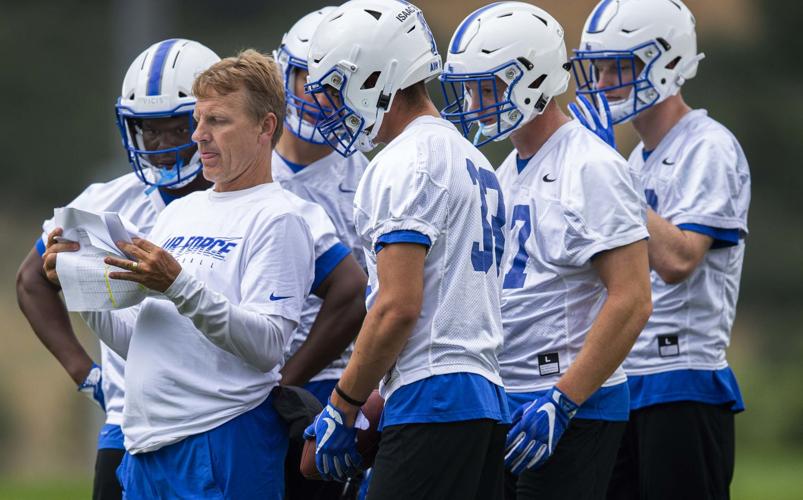 Assistant coach Brian Knorr goes over plans with players on Aug. 2, 2019, during their first practice at Air Force Academy. 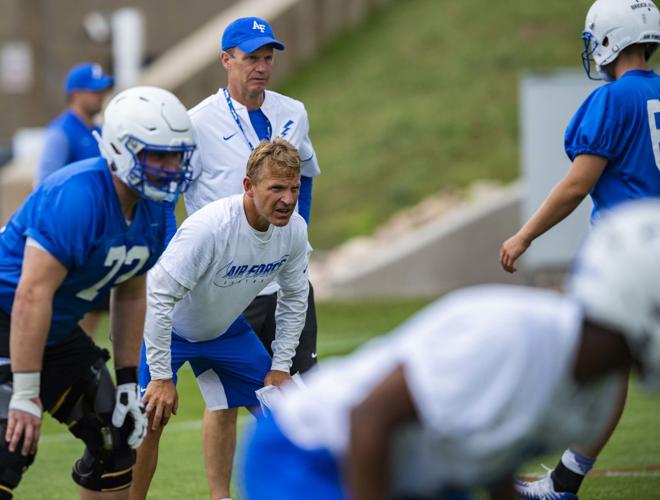 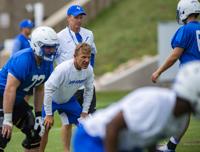 Assistant coach Brian Knorr goes over plans with players on Aug. 2, 2019, during their first practice at Air Force Academy.

Air Force quietly named its new defensive coordinator, according to its website.

Brian Knorr is now listed as defensive coordinator/inside linebackers on the team’s roster, confirming a role that seemed apparent during spring practice but hadn’t been made official.

“We will; we will real soon,” coach Troy Calhoun said last month when asked about naming a new defensive coordinator following the departure of John Rudzinski to Virginia. “Brian called the scrimmages (in spring practice).”

The last time the Falcons had an opening at defensive coordinator, Calhoun waited until midseason to officially reveal the replacement.

Knorr is a 1986 Air Force graduate who played quarterback for three Falcons bowl teams. He served five years on active duty as a captain at Wright-Patterson Air Force Base in Dayton, Ohio.

He takes over an Air Force defense that in 2021 ranked fourth nationally in yards allowed (296.5 per game), ninth against the run (102.2 yards per game) and 16th in scoring defense (19.77 points per game). The team went 10-3 last year and topped Louisville in the First Responder Bowl.

All of the defensive coordinators under Calhoun, who graduated from the academy in 1989, have been AFA graduates. In that role, Calhoun — who was hired in 2007 — has employed Tim DeRuyter, Charlton Warren, Steve Russ, Rudzinski and now Knorr.

Knorr’s promotion is the final piece to an overhaul of defensive coaching assignments for the Falcons; Charlie Jackson will now coach cornerbacks, Ken Lamendola will mentor outside linebackers, Nick Toth will work with safeties and E.J. Whitlow is assigned to defensive ends. All four were hired this past offseason, replacing Rudzinski, Del Cowsette, Curome Cox and Bill Sheridan.

Alex Means shifts from outside linebackers to defensive line.

Knorr is the only coach returning at the same position as last season on the defensive side as he’ll remain with the inside linebackers.

“I think it helps us just because nothing has changed,” senior linebacker TD Blackmon said. “We don’t have to learn a new coach’s terminology or how he teaches.”

The defensive staff is filled with former Air Force players, as Jackson, Lamendola, Means and Knorr were all graduates. Toth was not, but he worked with Calhoun at the University of Ohio and spent the 2017 season as a Falcons assistant.

Tre’ Bugg thanked a lot of people after his pro day workout on Monday – Air Force coaches, trainers in Arizona, etc. – but the cornerback aime…