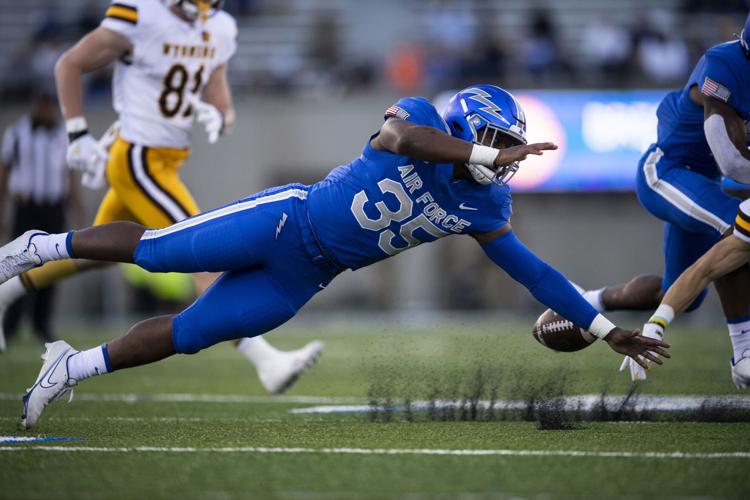 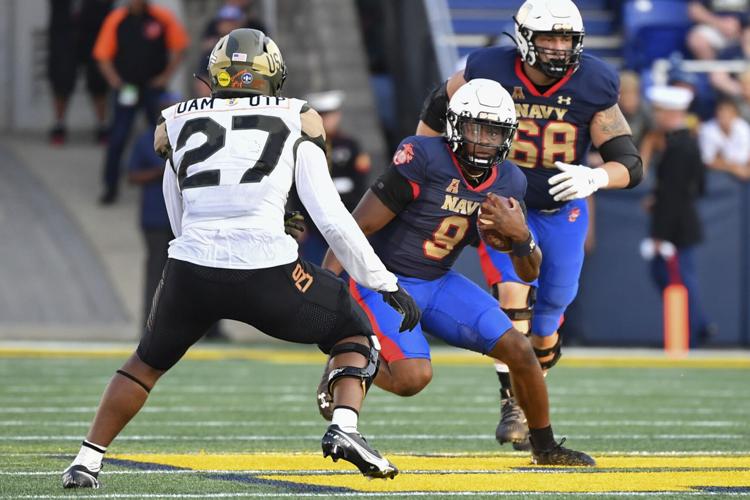 Under normal circumstances, T.D. Blackmon would be counting down his final days at the Air Force Academy.

The senior linebacker has already been notified of his upcoming job in the Air Force — the management major landed his first choice and will serve as an acquisitions officer — and he knows he’ll be heading to Maxwell Air Force Base in Montgomery, Ala.

But as one of three dozen or so Falcons football players who took turnbacks during fall 2020, leaving for a semester as COVID-19 left the world and college football in uncertainty, Blackmon still has another semester at the academy and another football season awaiting him.

“It’s kind of weird seeing a lot of my friends, the people I came in with are graduating while I’m leaving in December,” Blackmon said. "But it’s nice knowing I’m on the final turn. We’re almost done.”

Blackmon’s final spring practice session offered a preview of the complications awaiting in his final season, as a logjam awaits at the inside linebacker position.

Blackmon made 33 tackles last year, including 19 combined stops against Army and Navy and a sack in a victory over Louisville in the First Responder Bowl.

Junior Alec Mock made 53 tackles in 2021 — best among returning inside linebackers — including a game-changing fourth-down stop in a victory at Boise State.

Junior Johnathan Youngblood has made five career starts, including two in 2021.

Junior Bo Richter saw his role expand at the end of his sophomore year this past season, as he made four tackles and grabbed an interception in the 11th game at Nevada. The next week he made four tackles with a sack in the regular-season finale against UNLV. He then capped the season with his first start in the bowl game.

All four will compete for the two inside spots, as there’s not a logical other spot for them to go. Vince Sanford returns at outside linebacker after a breakout campaign, and Camby Goff is back at the other outside linebacker position that doubles as a fifth defensive back.

“I think there’s always a level of competition, especially in our room, because everyone is getting snaps, everyone has played,” Blackmon said. “At the same time, everyone is trying to perfect their craft, get better at some of their weaknesses.”

Blackmon knows his future beyond the football season is set in the Air Force, and he said he spent spring practice working on his own skills while “kind of coaching the younger guys.”

And while the wealth of returning players will make competition for playing time intense, he is excited for what that will mean for the team.

“Everyone seems like they have experience on the defense,” he said. “We should be pretty good.”

Air Force quietly named its new defensive coordinator, according to its website.