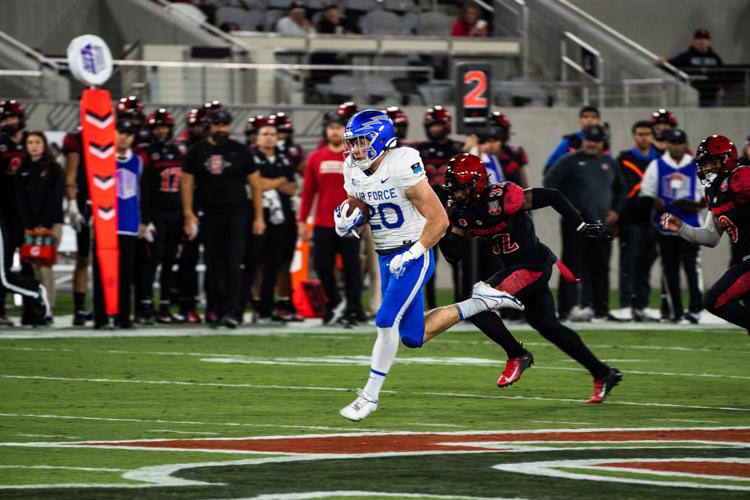 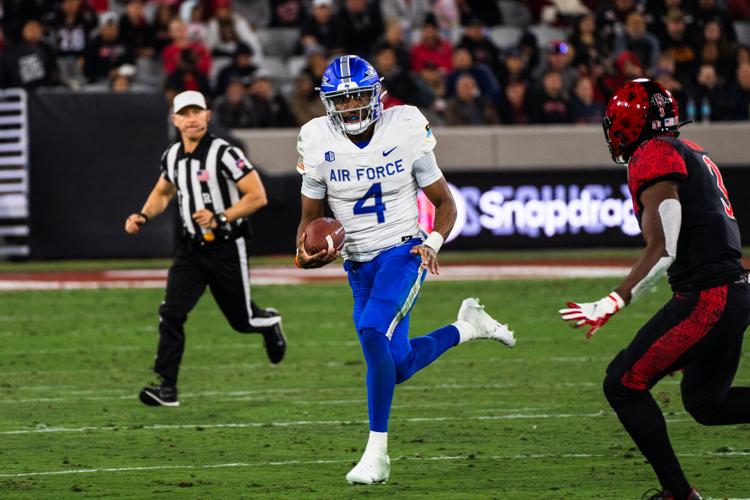 The two items in question: Could Brad Roberts break the single-season rushing record and could the team snap a nine-game losing streak to San Diego State?

The Roberts issue was settled on the first drive of the game. The next was answered by the Falcons’ defense throughout the second half of a 13-3 suffocation of the Aztecs in their new stadium.

Roberts entered the game needing 69 yards to tie Beau Morgan’s record set in 1996. He ran for six yards on the first play and 63 on the second. He then finished off a 75-yard scoring drive with what turned out to be the only touchdown of the game.

Air Force 13, San Diego State 3 | Notes and numbers from the Falcons victory in the regular-season finale

“I knew the yards were going to be extremely hard,” said Roberts, whose jersey was almost entirely green from grass stains following the game. “We talked about it all week. They have a great defensive front. They play us really well, usually. The first drive was incredible, but you could see they really buckled down as the game went on and yards were harder to come by.”

“I don’t think there was a single play that they ran today that we didn’t practice,” said safety Trey Taylor, who made five tackles and intercepted a pass that sealed the game. “That’s just a testament to our coaches, defensive coordinator and position coaches.

“To come out here and know exactly what you need to do on the plays makes it a little bit easier.”

Taylor’s interception was the last of three forced by the Falcons, with Payton Zdroik recovering a fumble and Jayden Goodwin also intercepting passes in the end zone late in the fourth quarter.

At one point in the game Roberts had 30 carries for 177 yards and San Diego State had run 30 plays for 96 yards of total offense.

“I think one, we played the run really well,” coach Troy Calhoun said. “We were able to create some down and distant situations where we could pin our ears back and go.”

The Falcons will now await their bowl destination, which figures to come on Dec. 4.

The Air Force women used a frenetic fourth quarter to leave behind a respectable score against Georgia Tech.