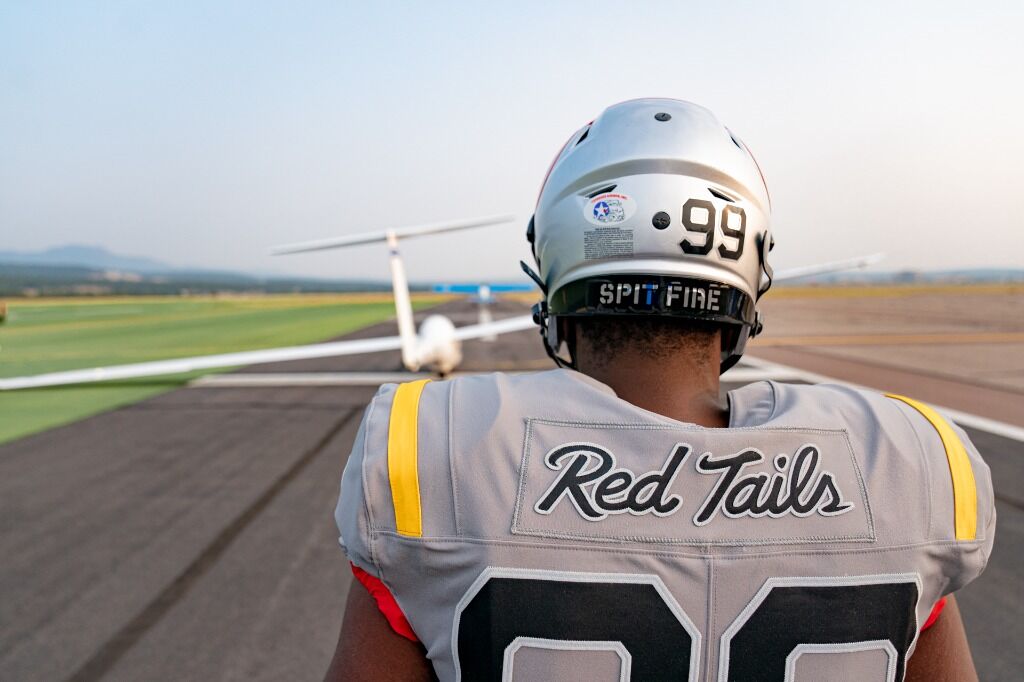 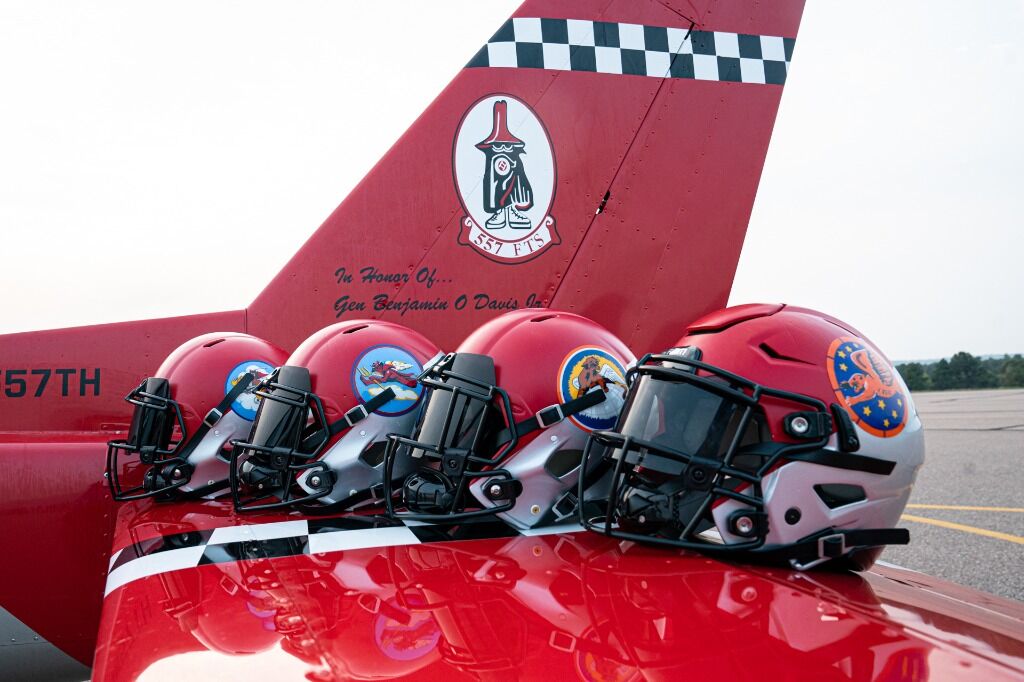 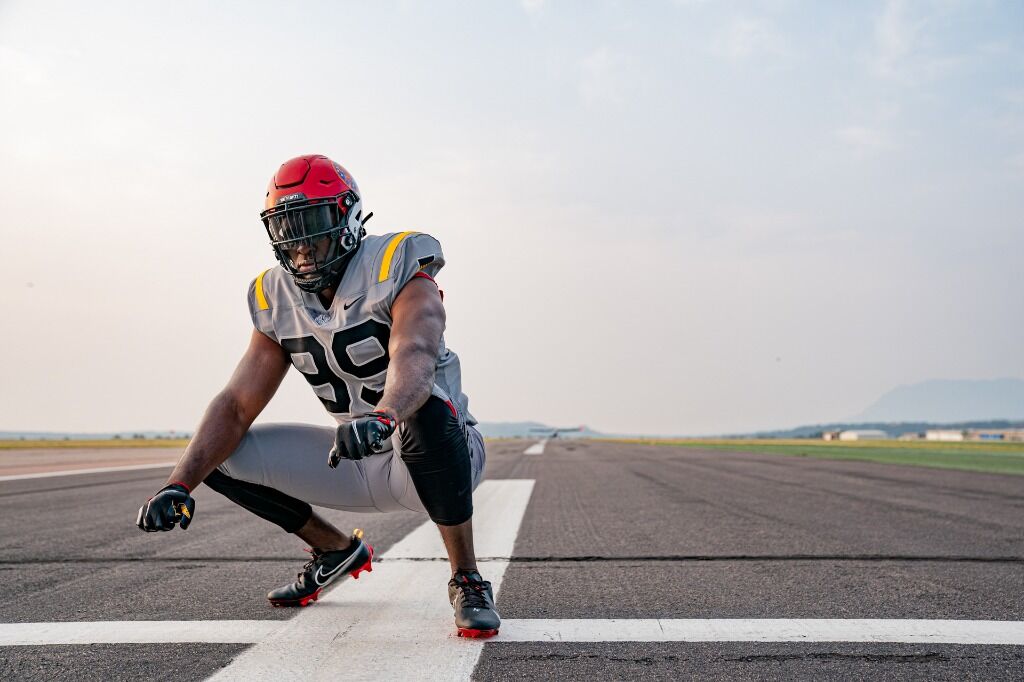 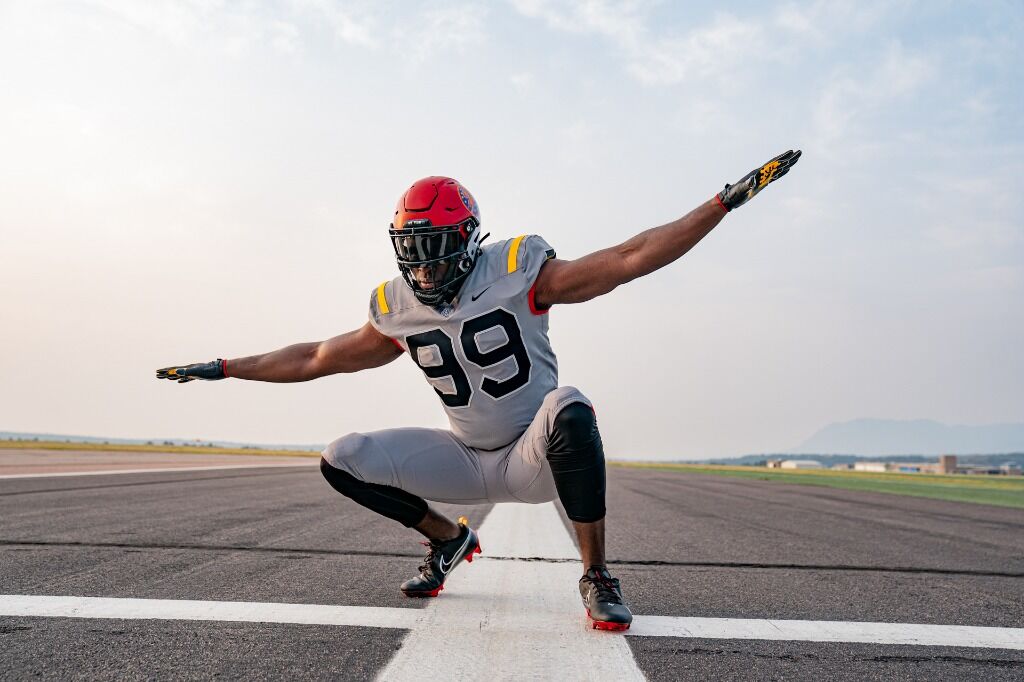 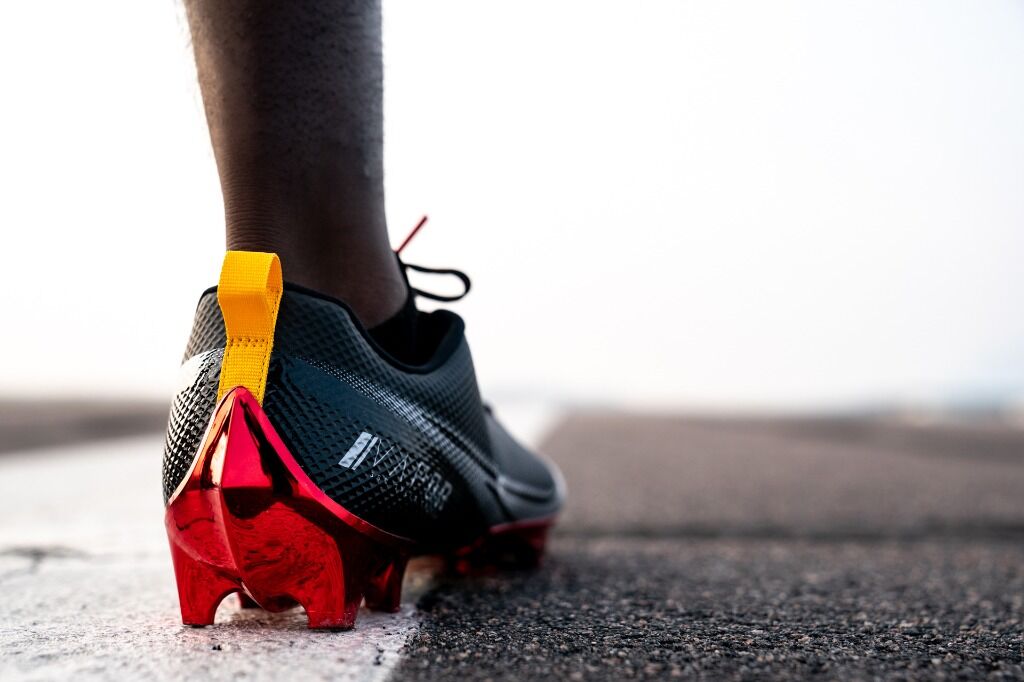 Air Force will bring a uniquely red flair to its lone scheduled home football game at Falcon Stadium this season.

The Falcons revealed their latest Air Power Legacy Series uniforms Monday, and they’ll honor the Tuskegee Airmen with a look that includes red and gray helmets featuring the P-51 aircraft flown by the famed group. The helmet features the signature red tails and nose that helped identify the squadron. Four squadron patches for the 99th, 100th, 301st and 302nd will also be included on the helmets.

There are also myriad small details in the uniforms, which are the fifth in Air Force’s series of special uniforms honoring the history of aviation in warfare. The side of pants, for example, feature 20 silhouettes of the Commander-in-Chief’s trophies that Air Force has won over Army and Navy. Stenciled lettering on the side of the pants is inspired by the writing on the side of the plane. Vapor cleats with red chrome bottoms will also have a yellow splash in the back loops. Other specific patches are found on the shoulders, helmets and lettering for the jersey numbers and nameplate all has a historic foundation within the looks worn by the Tuskegee Airmen.

The Tuskegee Airmen were a group of pioneering African-American pilots commissioned by President Franklin Roosevelt in September 1940. More than 900 pilots graduated from the program and more than 350 served on active duty as fighter pilots.

The Air Force Academy renamed its airfield in November 2019 after Benjamin O. Davis Jr., the commander of the 99th Pursuit Squadron — the first all-African-American air unit.

Air Force will wear the special uniforms for its Oct. 3 home game against Navy.

The issue at hand as Navy turns its attention to Air Force after defeating Tulane 27-24 on Saturday is the number of administrative turnbacks granted by the Air Force Academy to football players.