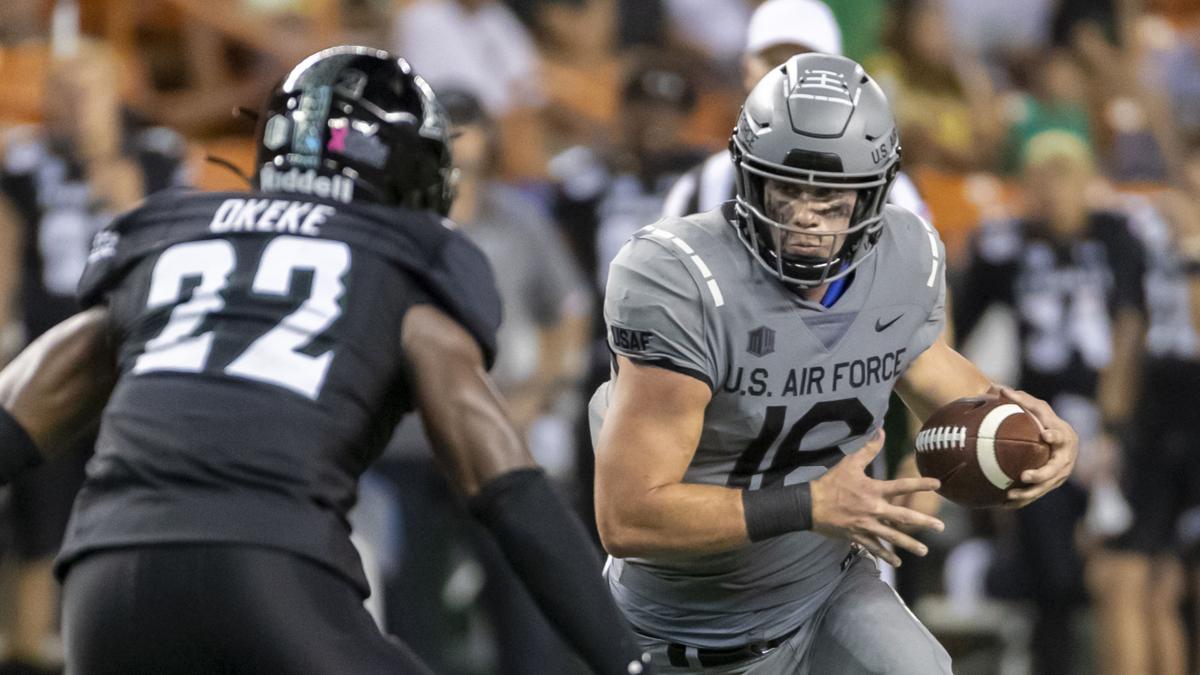 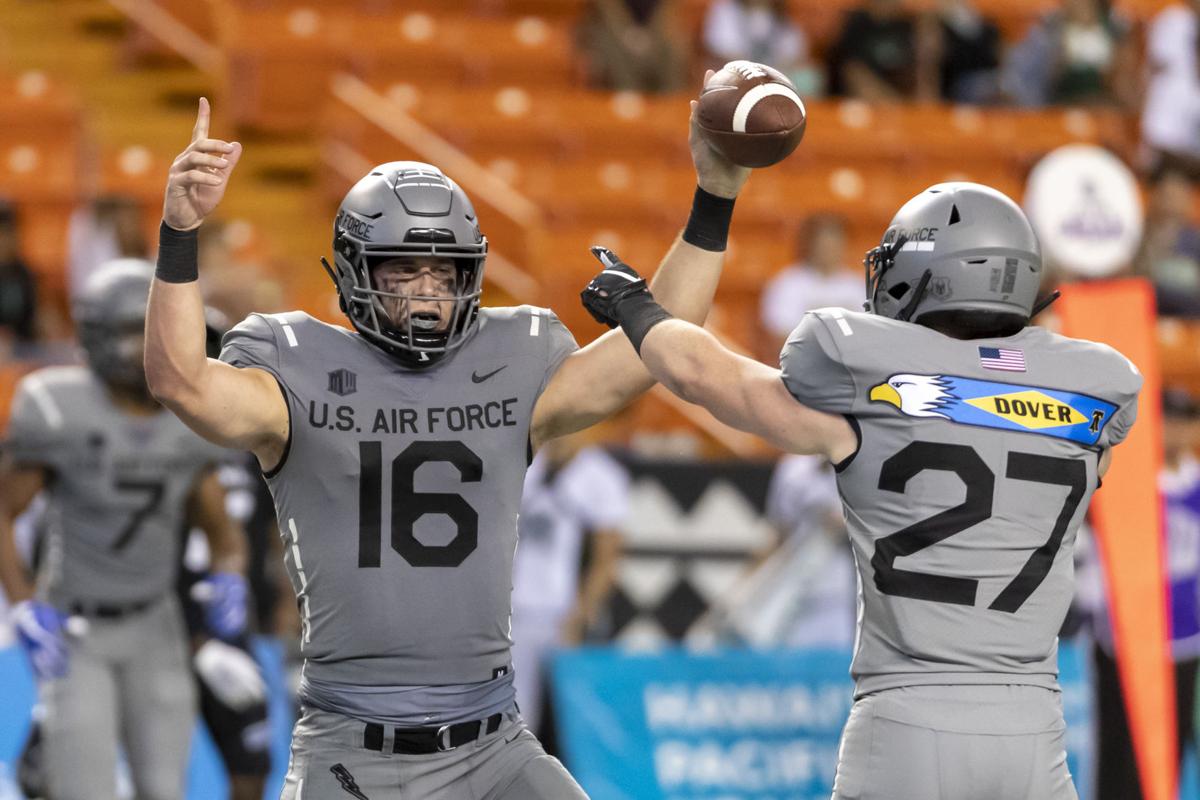 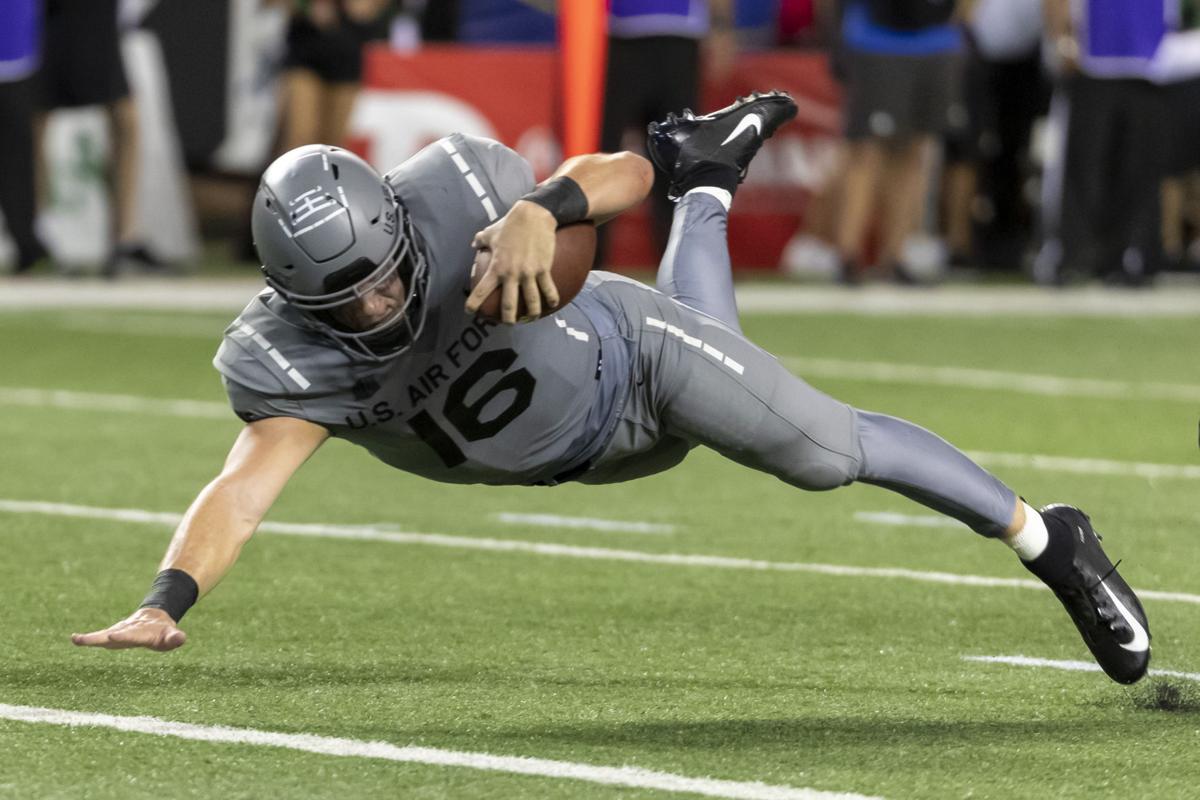 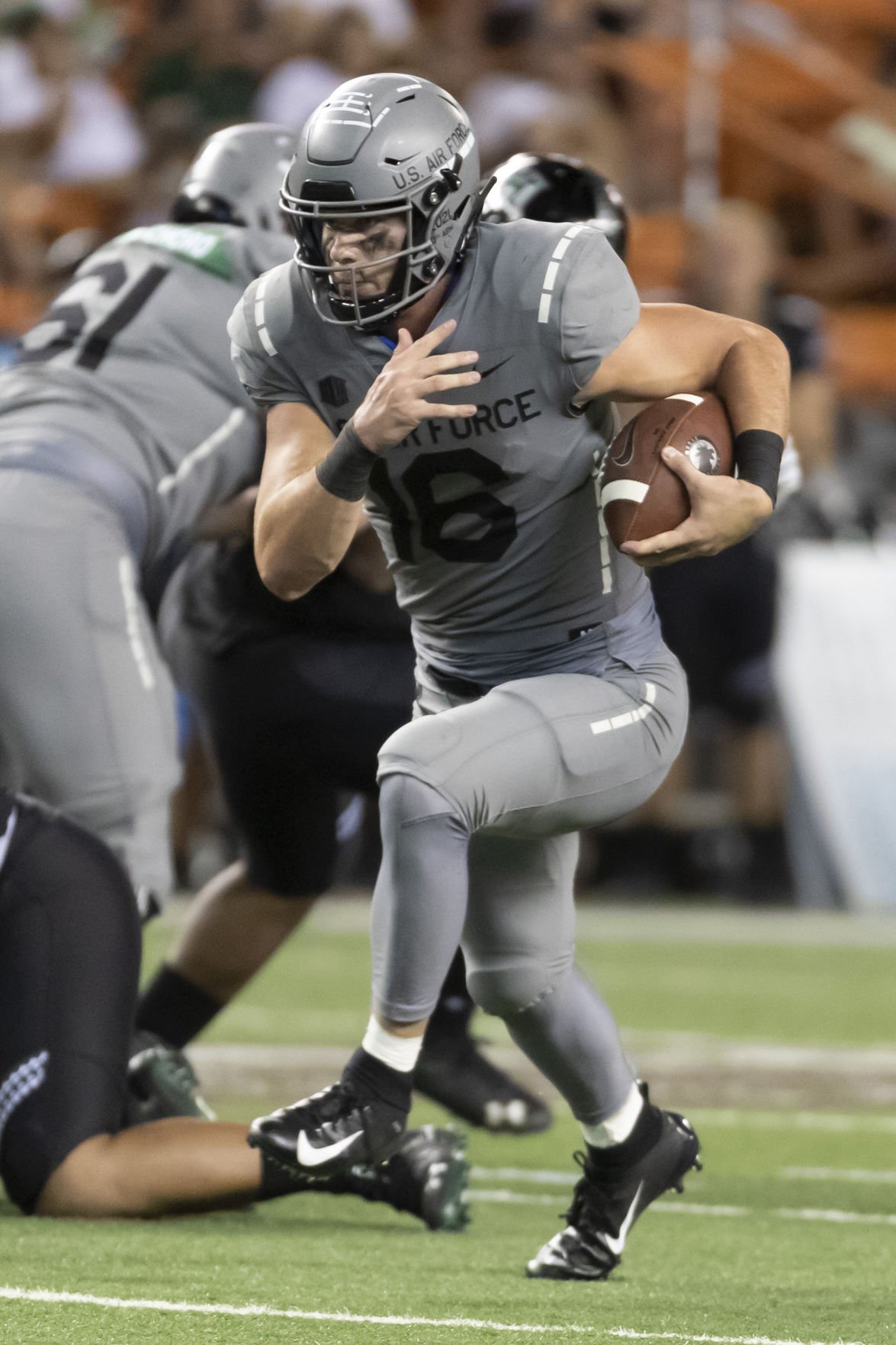 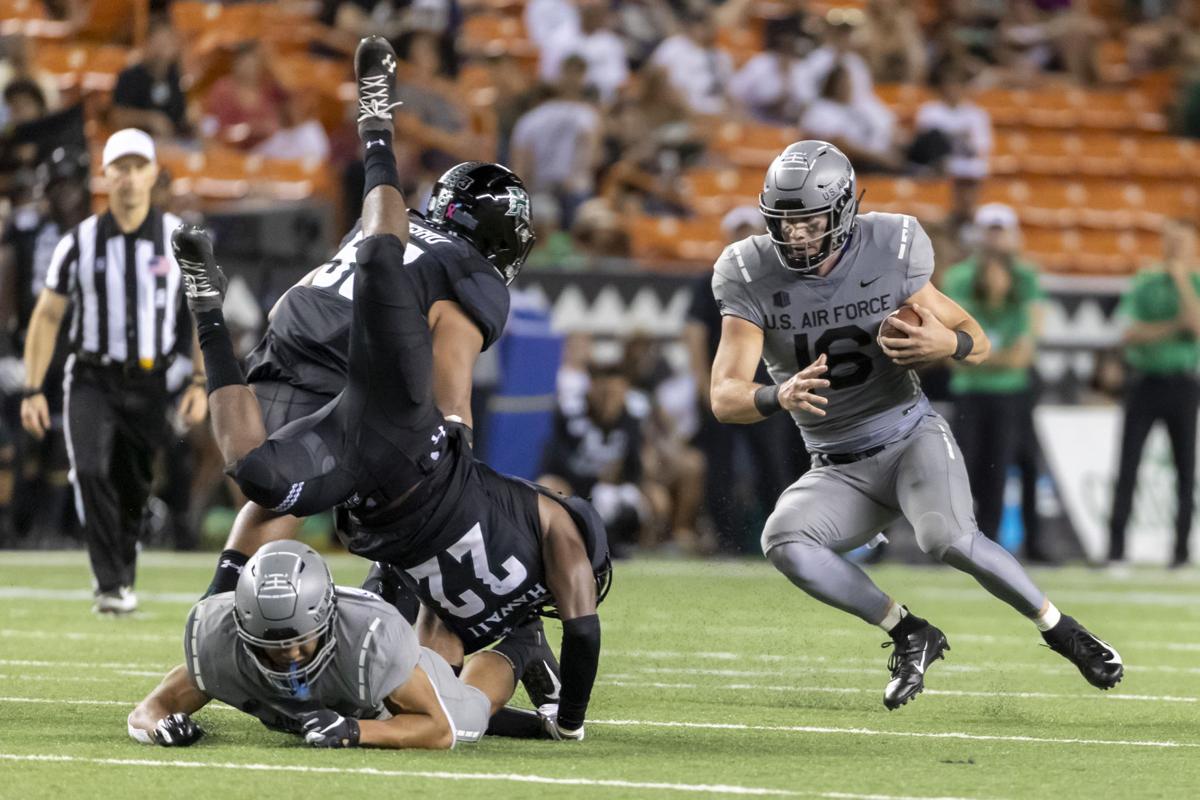 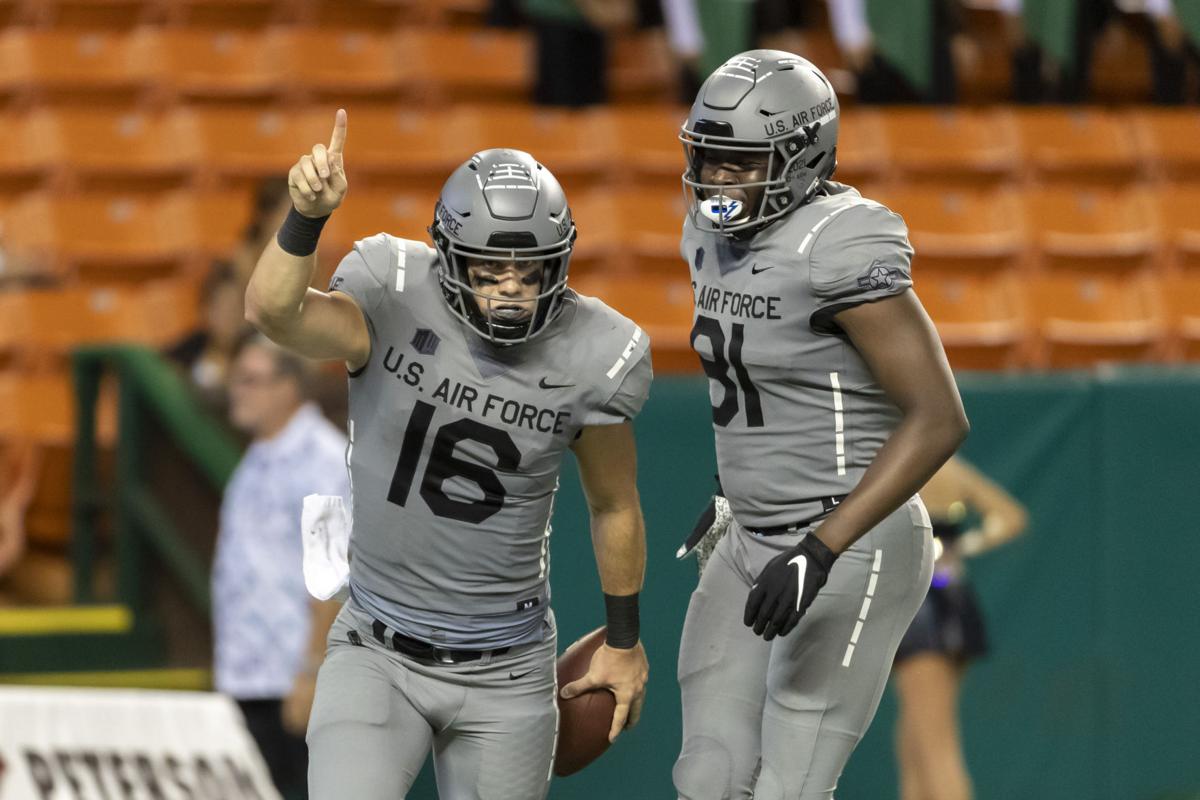 Schmidt, who entered the season as the Falcons’ third-string quarterback, was thrust into action on the first drive Saturday at Hawaii and led the team to a 56-26 victory. He went 5-for-6 passing for 147 yards and a touchdown, ran 14 times for 120 yards and three touchdowns and helped the team average 9 yards per play.

Six of Schmidt’s carries went for first downs or touchdowns, as did four of his five completions. He had runs of 61 and 19 yards for scores and his passes included a 75-yard touchdown and a 39-yard completion on his first career attempt.

Schmidt’s 267 yards of total offense were the most by a Falcon this season.

Though he had played only a handful of snaps in his career, Schmidt was well-versed enough in the offense to keep the Falcons from altering their playbook after Donald Hammond III left with an apparent shoulder injury.

“That’s a credit to Mike Schmidt and a credit to (quarterbacks coach and offensive coordinator) Mike Thiessen and our offensive staff, too,” coach Troy Calhoun said after the game.

Schmidt told The Gazette he tried to stay relaxed, and found encouragement from his teammates.

Schmidt had said two weeks earlier, when an injury to Isaiah Sanders thrust him into the backup role, that he would be content with his career no matter how the rest of his senior year played out.

“Like I said before, I wouldn’t trade this experience for anything,” he reiterated after his breakout game. “This is where I need to be. This is the place for me. This is my calling. And I just needed to be ready all the time.”

He was ready, all right.

Air Force released a depth chart Monday morning that continues to list Hammond as the starting quarterback for Saturday’s 8:15 p.m. home game against Utah State, though Calhoun often opts not to include changes prompted by injuries in that list. It was notable, however, that this week’s depth chart removed tight end Kade Waguespack, who was injured on Schmidt’s first completion.

Schmidt took first-team reps in practice Monday, with Sanders seemingly back at full strength running at No. 2.

Hammond was at practice but not participating.

Calhoun said Wednesday's practice would be a point where the team begins making evaluations as to who will play at quarterback.

The ball bounced five times off Air Force safety Grant Theil before careening off his leg and into the air, that's when Tre' Bugg grabbed it and sprinted 95 yards in what may go down as the Play of the Year in college football.

Air Force was down to its third-string quarterback, but Mike Schmidt was more than up for the challenge and posted a performance that won't soon be forgotten for those around the Falcons' program.

Numbers that tell more of the story of Air Force's 56-26 victory at Hawaii on Saturday.

Revisiting three areas we identified as being important as Air Force traveled to Hawaii on Saturday night.

Mike Schmidt ran for three touchdowns and threw for another in a 56-26 victory at Hawaii on Saturday after entering the game as a backup.

Air Force is known for its running game, but receiver Geraud Sanders could give it a second national leader in a surprising offensive category for the second time in four years.