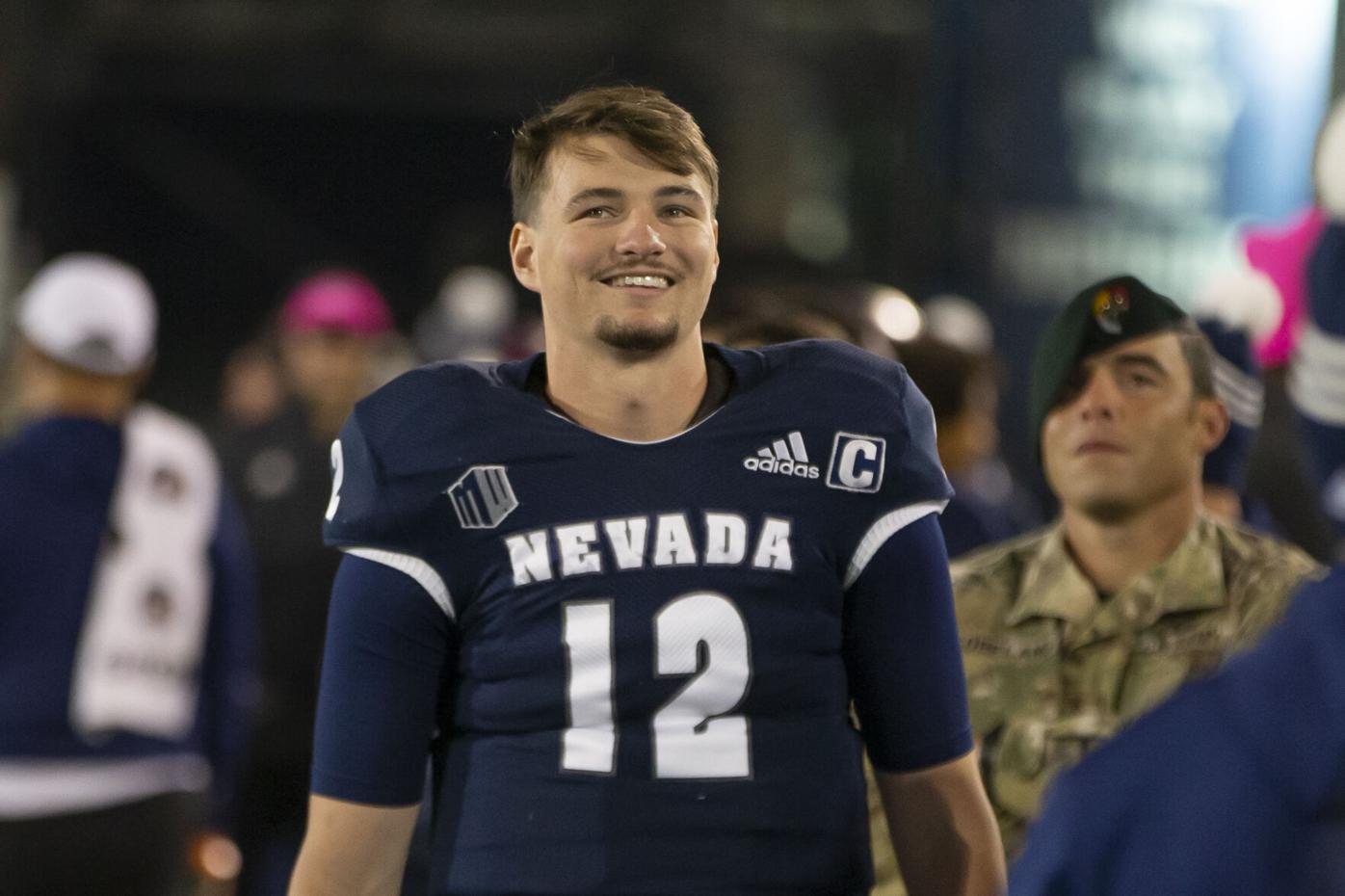 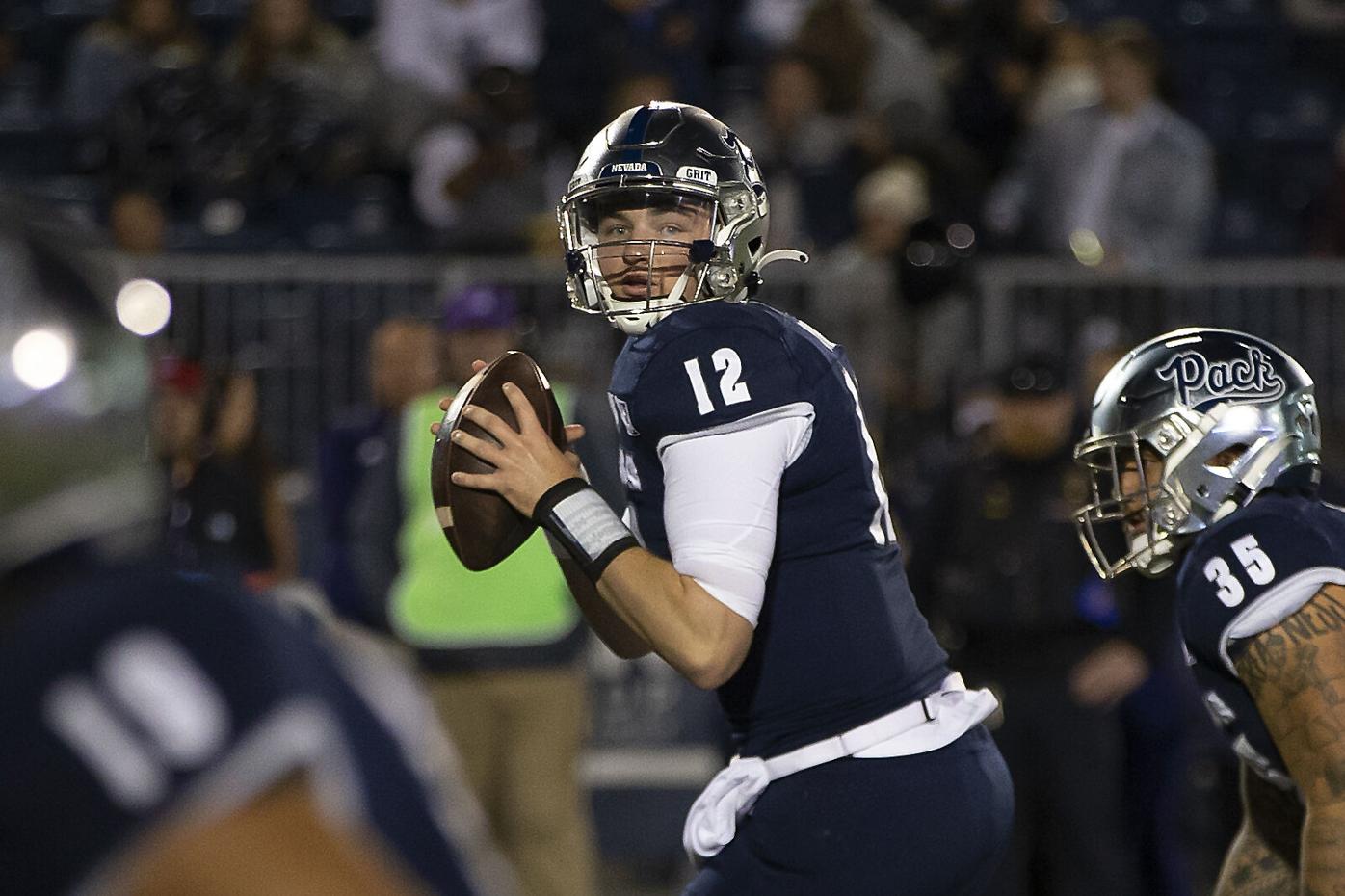 Air Force seniors learned their jobs on Tuesday, as an entire new crop of aircraft maintenance and acquisitions officers and future pilots received their career fields.

They’ll learn the specific base assignments at a later date.

For the quarterback the Falcons football team is facing on Friday night at Nevada, the future assignment figures to come in Round 1 of the upcoming NFL Draft.

CBS Sports projects Carson Strong to go to the Pittsburgh Steelers at No. 17. Others mock drafts have him in various first-round spots. There will be months upon months of speculation for all of that, but the 6-foot-4, 215-pound senior figures to find a home with someone. And that’s not lost on the cadet-athletes who will face him this week.

Air Force’s defense banks on quarterbacks being a little less than perfect. The scheme often calls for single coverage on the edges with safeties helping in the run game. The pass defense comes from a collective effort that includes pressure that is aided by blitzes and cornerbacks who play tight near the line of scrimmage.

What that invites are deep routes, which most quarterbacks won’t complete at a high percentage.

That wasn’t the case the last time the Falcons (7-3, 4-2) faced a future No. 1 overall draft pick. Jared Goff, in his last game at California before being taken by the Los Angeles Rams, threw for 467 yards and six touchdowns in an Armed Forces Bowl victory over Air Force.

“I thought our coverage was pretty good that day,” Calhoun said. “There were probably about seven, eight throws where you thought we’re probably within 18 inches of where the ball was caught.”

For a quarterback with the skill set of Strong — the questions surrounding his NFL prospects are focused on a past knee injury, not his ability to play the quarterback — his background is somewhat surprising.

A native of Vacaville, Calif., he wanted to follow a cousin’s path and play for San Diego State, but an offer never came. Former NFL running back Maurice Jones-Drew was the head of a 7-on-7 league that Strong played in, and Jones-Drew told Cal and UCLA about the quarterback. But neither school bit.

“I put myself out there, I tried to get offers,” Strong told The Gazette in July. “I had teams look at me and they were talking to me, but for whatever reason, they didn’t think I was good enough to pull the trigger.”

Nevada made an offer and stuck with Strong as he missed his senior season with an injury.

“It just felt like the right fit,” Strong said. “Not too far from home, but close. The coaches, the offense I was going to be in. I knew I was going to have a chance to start. I didn’t want to go somewhere and sit for four years. I knew that I would have an opportunity at Nevada soon in my career.”

Air Force has faced future NFL quarterbacks before in recent years. Josh Allen led Wyoming to a pair of victories over the Falcons. Air Force topped Andy Dalton’s TCU team during his freshman year, but Dalton’s teams won the next three.

To beat this one, Calhoun knows the Falcons will face a large task.

“Looking at the film,” he said, “if you said Nevada’s 10-0 and there’s a discussion between them or Cincinnati that may be right in the middle of who should play in one of those New Year’s Six bowls, that’s what you do see.”

Brad Roberts has placed himself in position to join some rare company in Air Force football history.