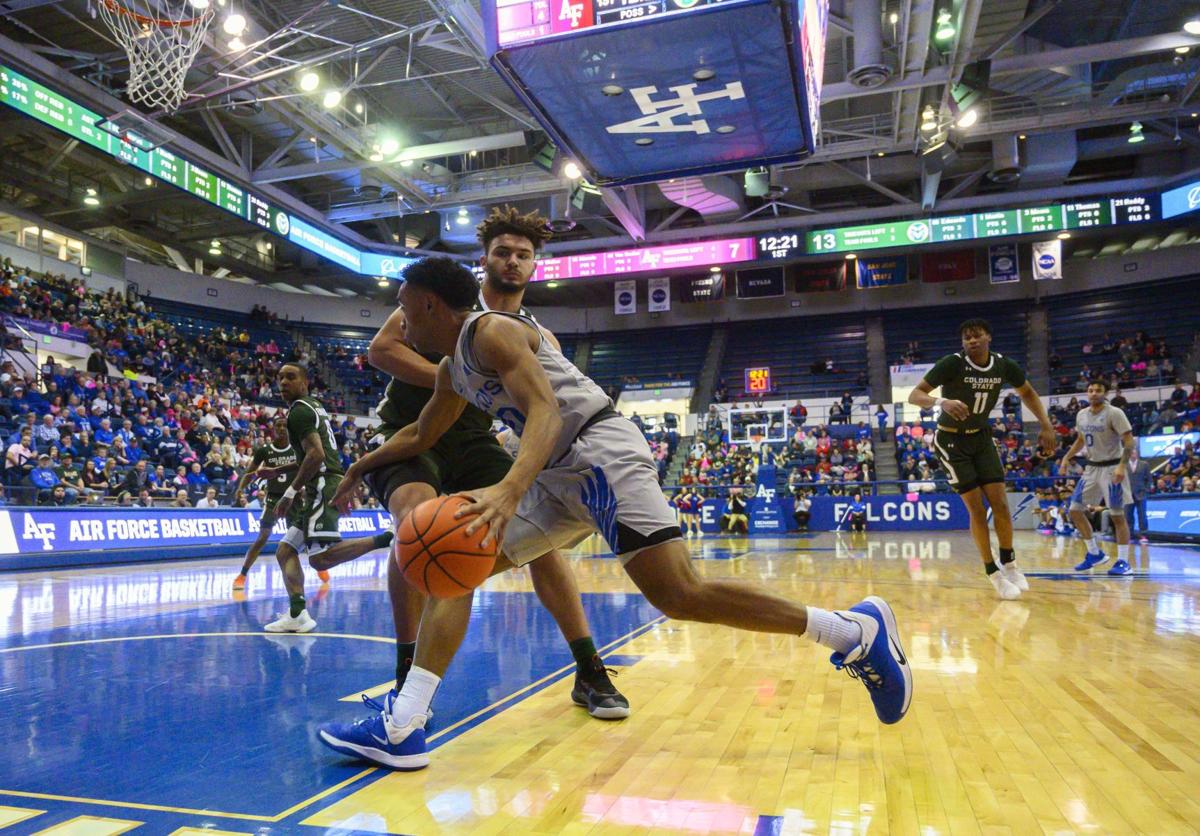 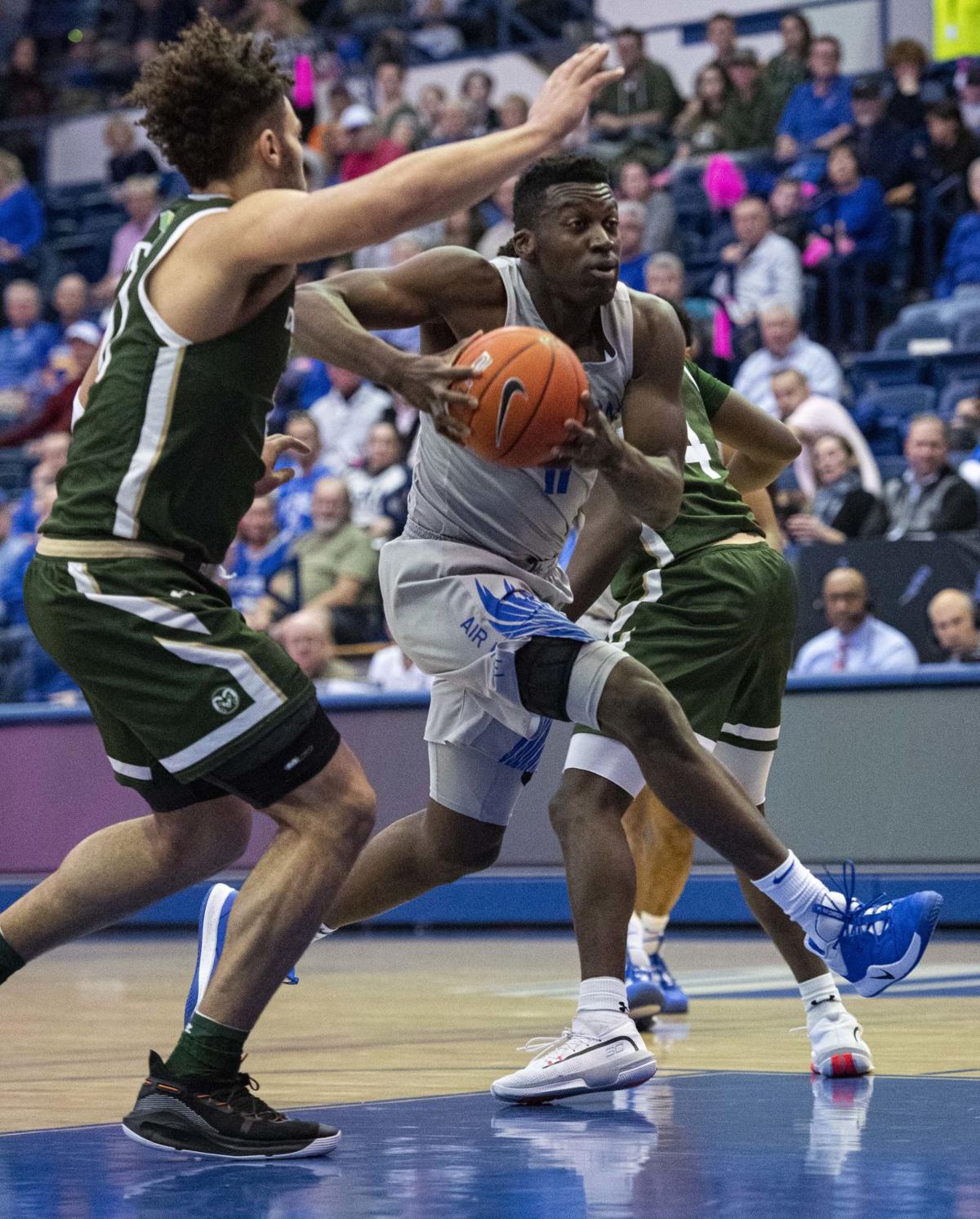 Air Force guard Ameka Akaya drives toward the basket as Colorado State guard David Roddy defends during the second half Saturday in Clune Arena at the Air Force Academy. The Falcons lost to continue their pattern of alternating wins and losses since Dec. 4.

Air Force guard Ameka Akaya drives toward the basket as Colorado State guard David Roddy defends during the second half Saturday in Clune Arena at the Air Force Academy. The Falcons lost to continue their pattern of alternating wins and losses since Dec. 4.

Evaluating Air Force men’s basketball over the past month is largely a matter of perspective.

Since Dec. 4, the Falcons have alternated wins and losses against NCAA Division I competition.

So, depending on how one looks at it, either the team has shown resilience in bouncing back or it has failed to carry forward momentum after victories.

“We want to put a do-not use sign on the elevator, because we’ve been up and down,” coach Dave Pilipovich said. “We want to be using the escalator that’s going up.”

Historically, .500 would be significant for the Falcons (9-10, 3-4 Mountain West). With the exception of the five-year program-best run from 2004-08 in which the team went 51-25 in conference games, Air Force has never finished above .500 in a league season since dropping independent status and joining the Western Athletic Conference in 1980.

The best season outside of its historic run came with an 8-8 Mountain West mark in an 18-14 season in Pilipovich’s first full season in 2012-13.

The alternating wins and losses have been tough to endure this year, considering the close manner of most of the losses — the Falcons made second-half runs against Nevada, New Mexico and Colorado State but couldn’t overcome the deficits.

Pilipovich sees this stretch as particularly important to changing that. The Falcons go to Utah State (14-6, 3-4) on Tuesday for a 9 p.m. road game at the Dee Glen Smith Spectrum, a venue at which the Falcons are 0-11 but playing a team they beat 79-60 two weeks ago. The Aggies are coming off a crushing overtime loss at Boise State on Saturday after losing an 18-point lead in the final 4:10.

Then comes a trip to San Jose State, which is just 2-5 in league play but has beaten New Mexico and Nevada at home. Air Force then hosts Fresno State on Feb. 4 before taking a week off.

“We’ve got to not go up and down and be consistent and finish this stretch out,” said Pilipovich, who noted that outside of No. 4 San Diego State (19-0, 8-0) and UNLV (11-9, 6-1), most teams in the conference have experienced similar ups and downs with six of the 12 in a logjam at 4-3 and 3-4. “When you get that bye week, maybe you can get two practices in there and devote them to yourselves and look at things and change.”

The attendance of 3,159 on Saturday against Colorado State — the second-largest home crowed of the year — means a $3,159 donation from coach Dave Pilipovich and his wife, Kelly, who had pledged to give $1 for everybody in attendance to a cancer-fighting charity. Pilipovich said additional support came in from fans, coaches in the Falcons athletic department and others in the community. “So that check will grow, and that just means more help we have for the Road to Recovery program, and we really appreciate all that. So that was great.”

After humbling loss to CSU, Air Force basketball has two ways it can go | Paul Klee

Air Force can't get over the CSU hump. What's next for the Falcons? Big decisions from a senior class on how it wants this season to end, Paul Klee writes.