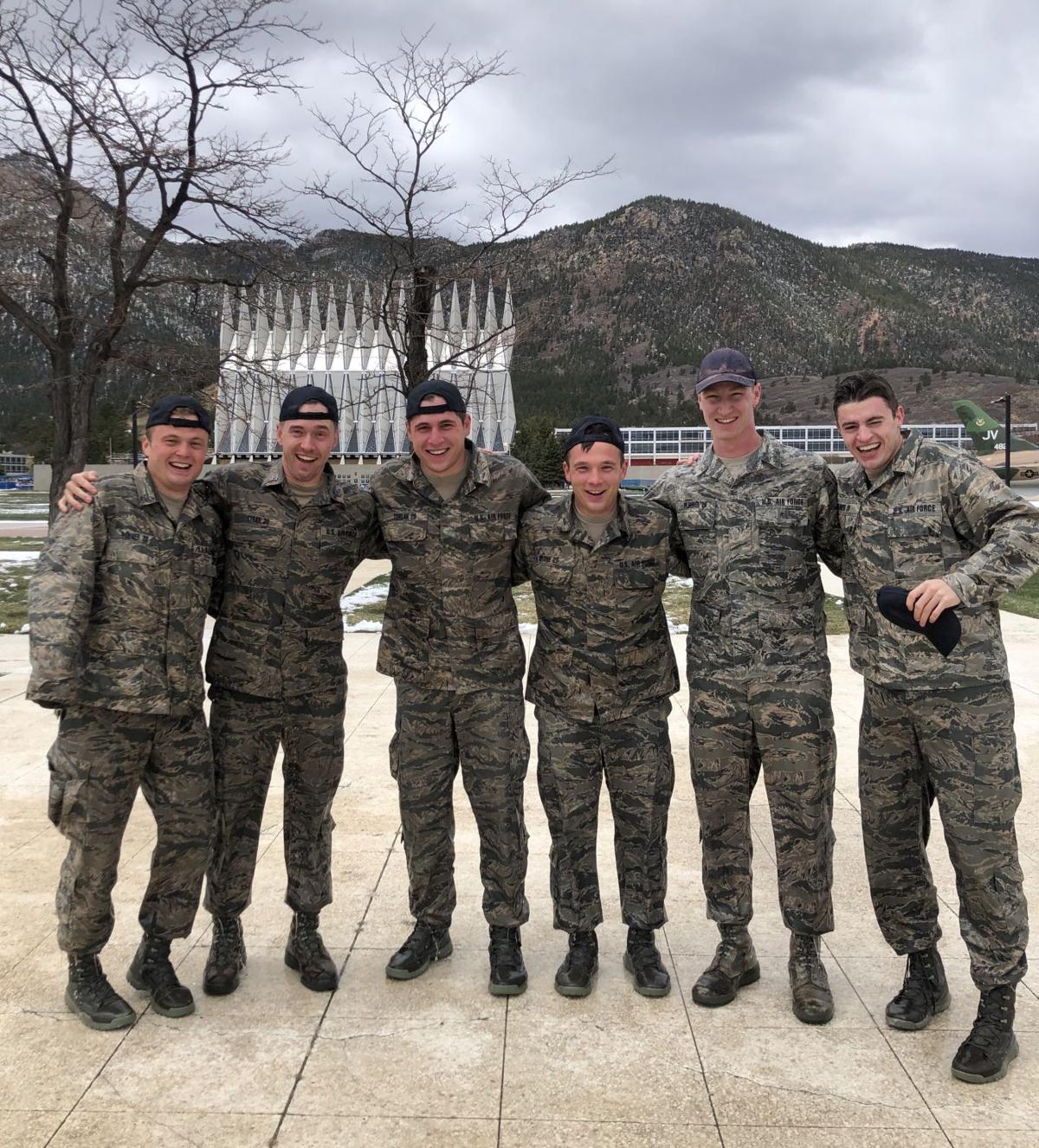 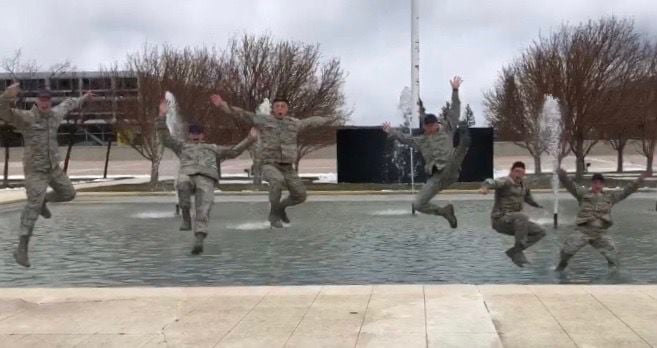 The 2019-20 hockey seniors do the traditional fountain jump after their last final at the Air Force Academy. 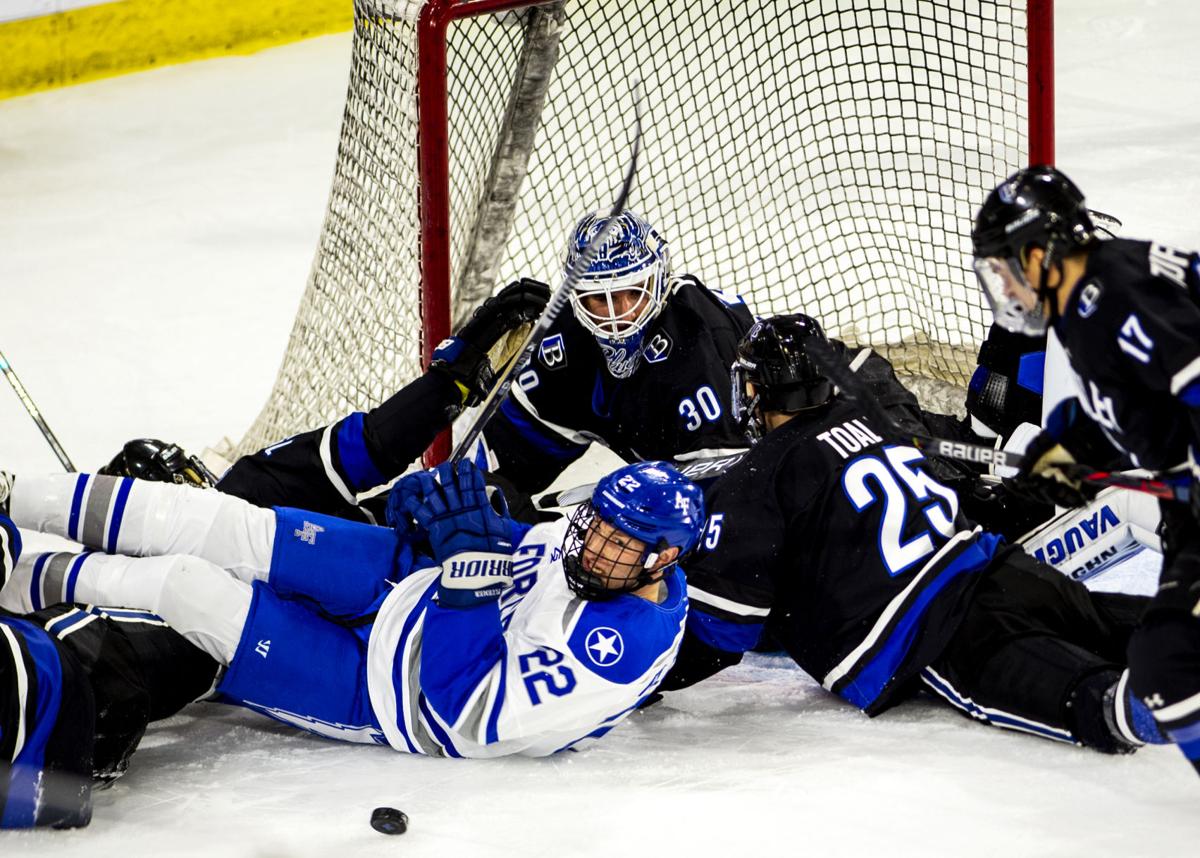 Air Force forward Pierce Pluemer watches the puck after tripping in front of the goal during the second period Friday against the Bentley Falcons at the USAFA Cadet Ice Arena. 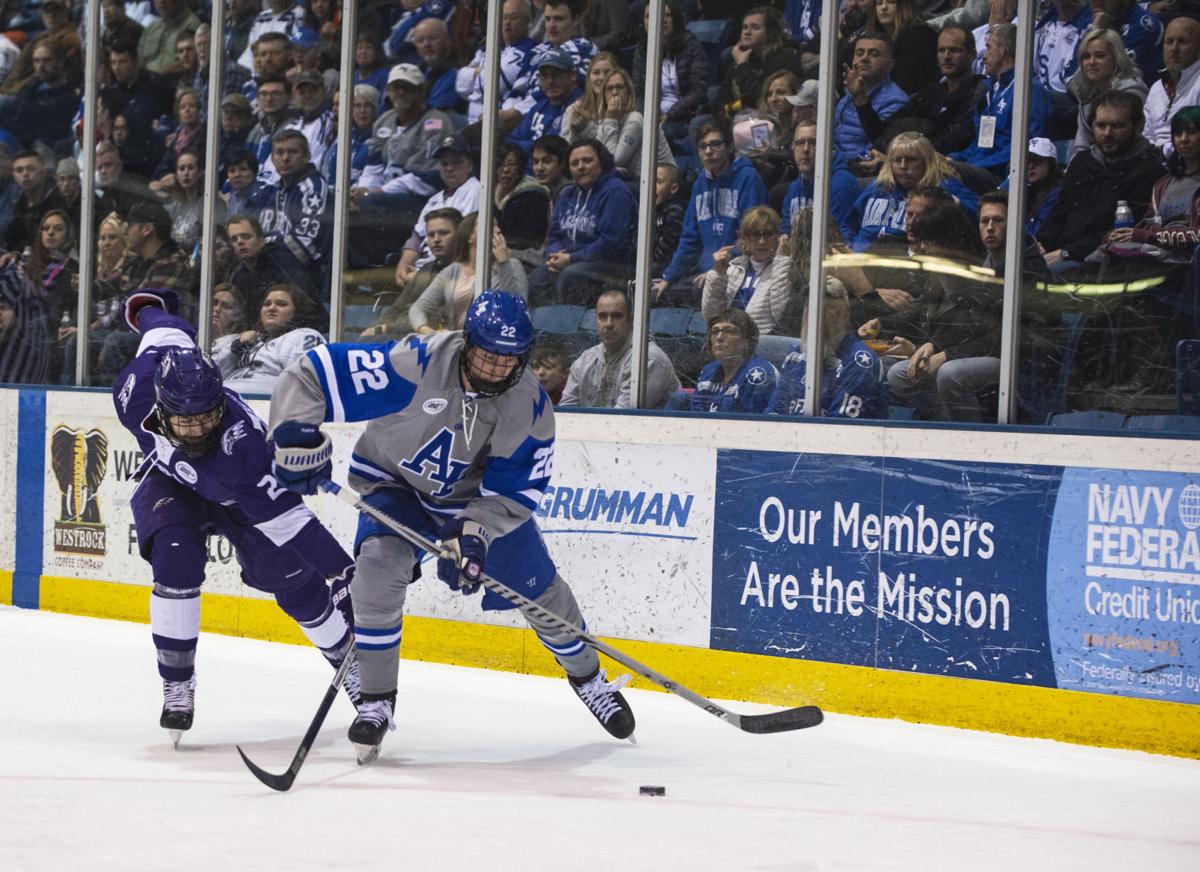 The 2019-20 hockey seniors do the traditional fountain jump after their last final at the Air Force Academy.

Air Force forward Pierce Pluemer watches the puck after tripping in front of the goal during the second period Friday against the Bentley Falcons at the USAFA Cadet Ice Arena.

With more to learn in the classroom, Pierce Pluemer wasn’t ready to take off just yet.

Pluemer became the first Air Force Academy cadet-athlete to earn an NCAA Postgraduate Scholarship since 2012-13 and the second hockey player in school history.

After carrying a 3.87 cumulative GPA as an operations research major, he’ll seek an economics degree at South Florida. He will then go on to undergraduate pilot training.

The native of Phillips, a small rural town in north-central Wisconsin, will get to enjoy some warm winters for a change.

“Grad school on the beach sounds like a good gig to me,” he said.

“As soon as I finish the graduate degree, I’ll jump back into the pilot training pipeline and be able to use what I learned in graduate school throughout my career and be able to apply that economic perspective to different Air Force problems.”

Issues impacting the service branch are of interest to a large portion of his family. Older sister, Paige, and three cousins, one of whom graduated with him in an early, socially distanced ceremony April 18, all chose Air Force careers.

Down the line, he’s looking at returning to the academy to instruct and research. He already has some topics in mind — the impact of the coronavirus on college athletics and the potential upcoming compensation of student-athletes.

“It’ll be interesting to study that, sort of see about some different ways that’s going to influence college sports and potentially the academy,” Pluemer said.

Forward Pluemer appeared in 116 career Air Force games through four years and had 19 career points (seven goals, 12 assists). After the coronavirus brought an early end to their season and final academic year, the seniors’ post-graduation leave plans were dashed. They spent as much time as possible together in those final weeks at the academy.

Volunteer assistant coach Jacques Lamoureux wrote one of his recommendation letters for the scholarship, but wasn’t the only one with nice things to say.

“Pierce Pluemer is an extraordinary young man who gives absolutely everything he has into every aspect of his life. He is driven to the point of obsession in everything,” coach Frank Serratore said in a team release. “Our program has produced a number of very special people but none more special than Pierce. I was so excited to see him get rewarded for his continual pursuit of excellence.”

Pluemer counts Lamoureux, the rest of the coaching staff and several instructors as positive influences.

“Hopefully I can be like one of those instructors when I come back at some point for an assignment,” Pluemer said.

Looking back: Freshmen show promise in down year for Air Force hockey