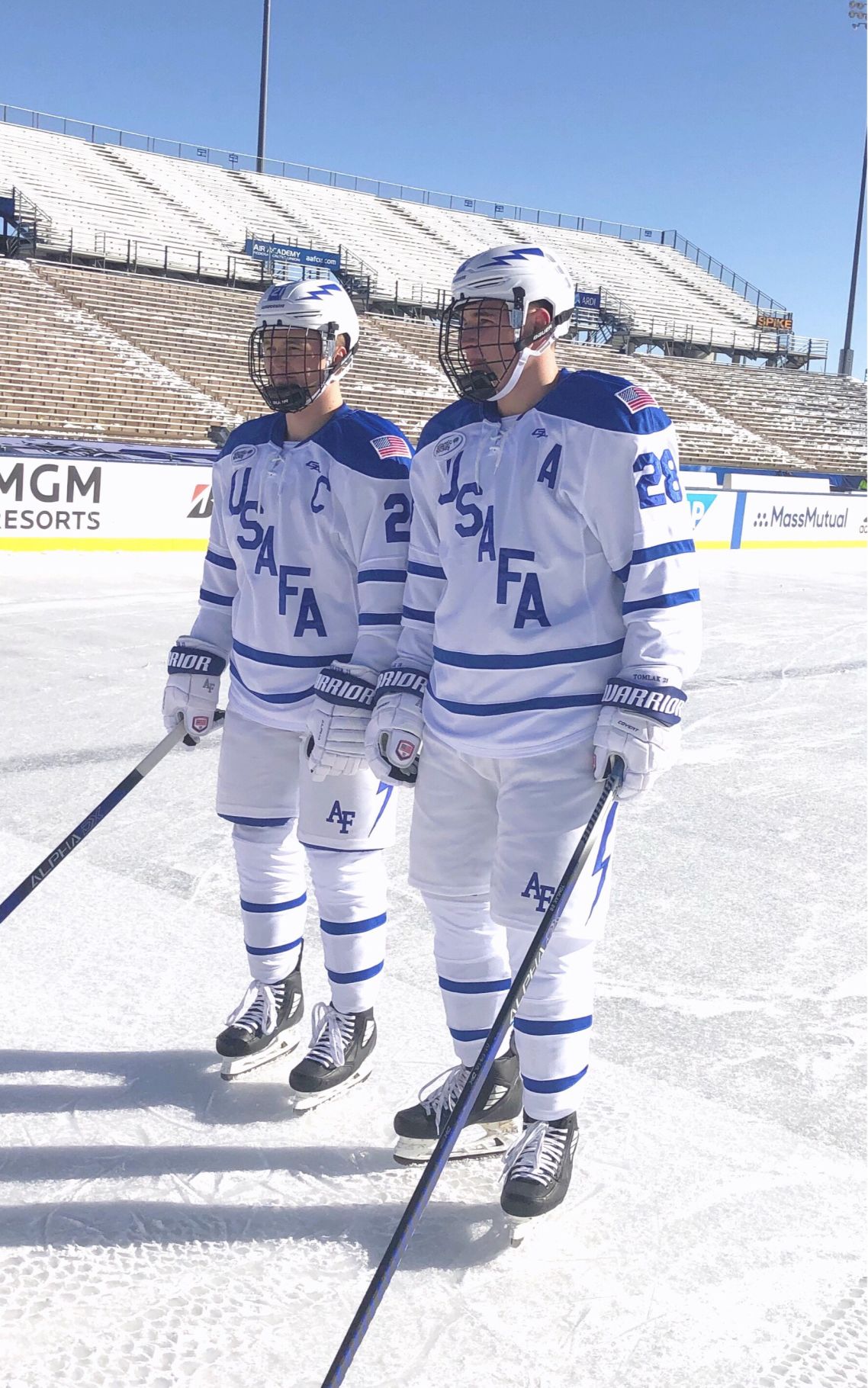 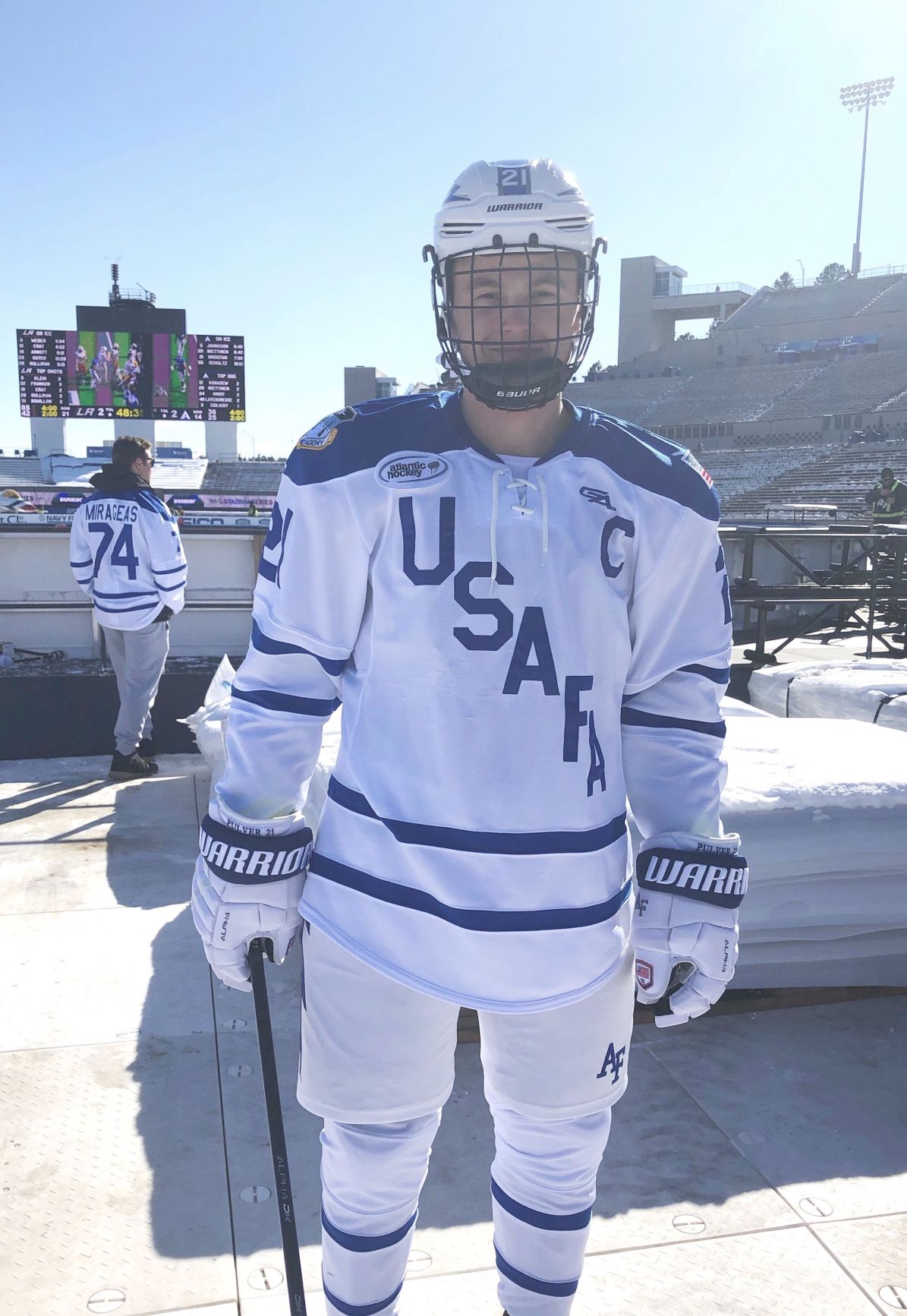 For Faceoff at Falcon Stadium, Air Force hockey is breaking out its winter whites.

The Falcons will debut new jerseys that are the same style as their 50th anniversary ones, which arrived last season. There were academy patches added to the shoulders.

The white jerseys with blue shoulders read “USAFA” down the front. For the outdoor game, they’ll be paired with white helmets, pants and gloves.

“I’m a big fan. Something new and flashy,” freshman Blake Bride said. “I think it’s going to look good out there for that night.”

The NHL Stadium series will bring the Colorado Avalanche and Los Angeles Kings to Falcon Stadium this weekend, along with Air Force hockey hosting Colorado College on the NHL ice. The exposure from these games, wrapped into a busy 10 days at the academy, could benefit Air Force athletics.