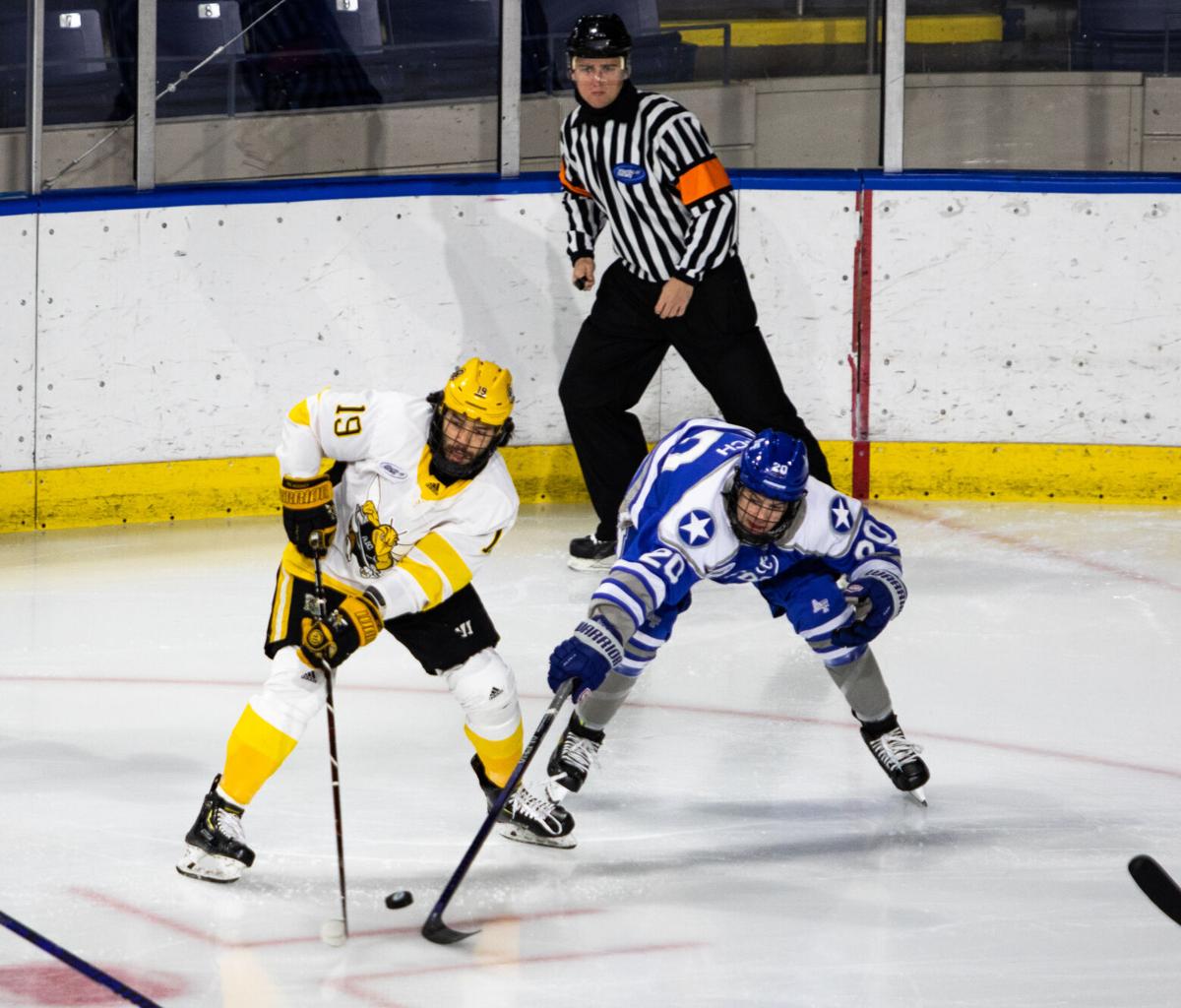 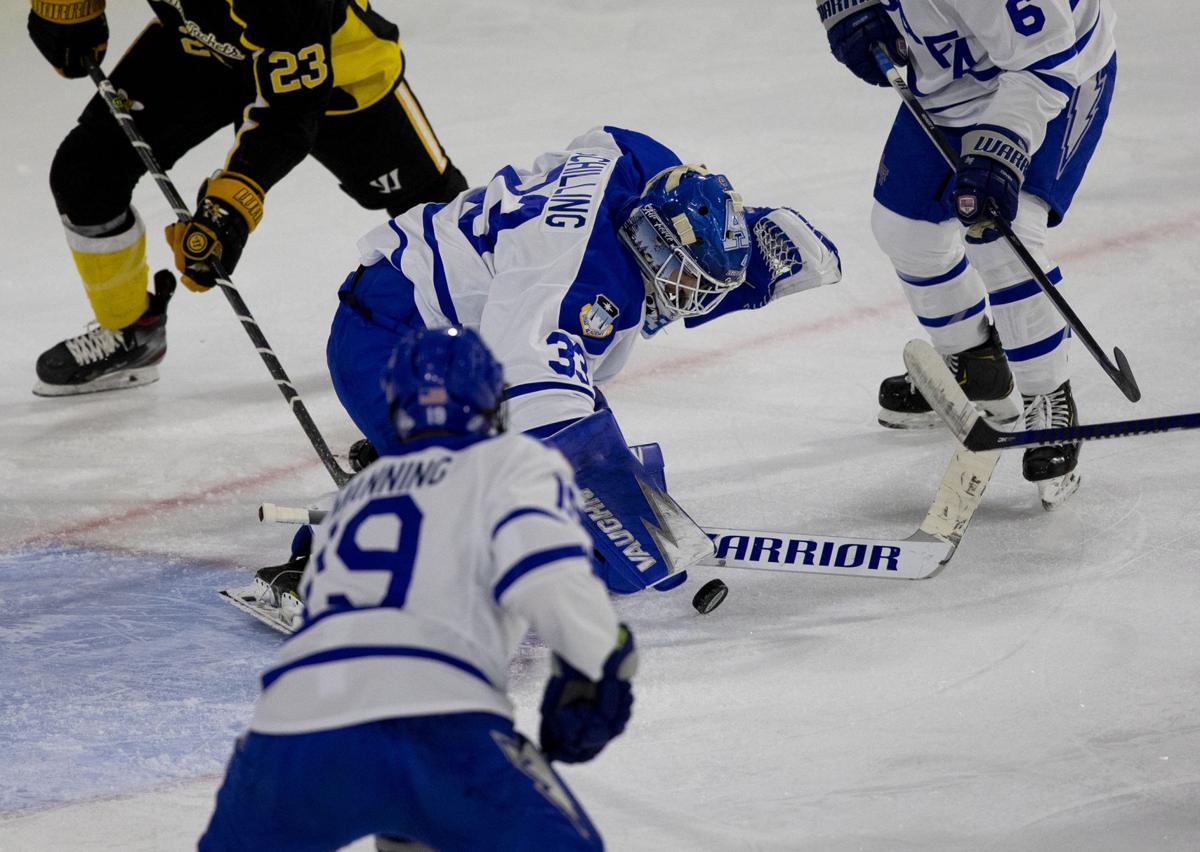 Air Force then-sophomore goalkeeper Alex Schilling reaches down to grab the puck during the first period in the 2019-2020 season against American International College at the Air Force Academy Cadet Ice Arena.

Air Force then-sophomore goalkeeper Alex Schilling reaches down to grab the puck during the first period in the 2019-2020 season against American International College at the Air Force Academy Cadet Ice Arena.

Thanks to another close loss, Air Force is winless after Week 1.

Sophomore Willie Reim scored his first of the season on the power play 6:10 into the third period Saturday at AIC. The Falcons then fought to tie the game, outplaying the Yellow Jackets in that final 20 minutes and outshooting them 12-3. Three of those shots were blocked by AIC defenders and three more were taken care of by goaltender Stefano Durante.

However the Yellow Jackets held on to win 2-1 and sweep Air Force in the two-game series.

“I like the foundation,” coach Frank Serratore said after Air Force’s first two games of the season.

“They were just more experienced and more polished than we were and that ended up being the difference, I think, in both games.”

A 2-0 deficit looked like enough to sink an Air Force team that has struggled to score in recent years even with its full roster. The Falcons dressed all seven rostered freshmen this weekend even before Keenan Lund got hurt and didn’t play Saturday.

Air Force is also without half of its captains as Jake Levin had to sit due to COVID-19 exposure and Shawn Knowlton broke his wrist, though Serratore said he might be able to play with a cast. Levin will likely miss the next series as well.

In the first period, Dalton Weigel poked at the puck but Aaron Grounds picked it up between the faceoff circles. With four Falcons trailing right behind him, he swerved around Alex Schilling, got him down and sent a shot over him.

The Yellow Jackets made it 2-0 on a well-executed play just as a 5-on-3 reverted to a normal power play. Elijiah Barriga did a convincing impression of a guy about to shoot the puck, then at the last second slid it to Chris Theodore, who finished off the chance.

Frustration set in on the Air Force bench, Serratore said, after four scoreless periods. But the Falcons got one back when Brandon Koch’s shot was blocked, then Reim poked away at the rebound until one went in.

Schilling made 22 saves to Durante’s 21.

The Falcons are scheduled to open at home Friday-Saturday against Robert Morris. Serratore hopes for carryover from Saturday’s third period.

“They fought to the buzzer both nights,” he said.

Two weeks were on the clock instead of two penalty minutes. And when quarantine was over, the Colorado College Tigers rushed out of the box like a stretch pass was coming.