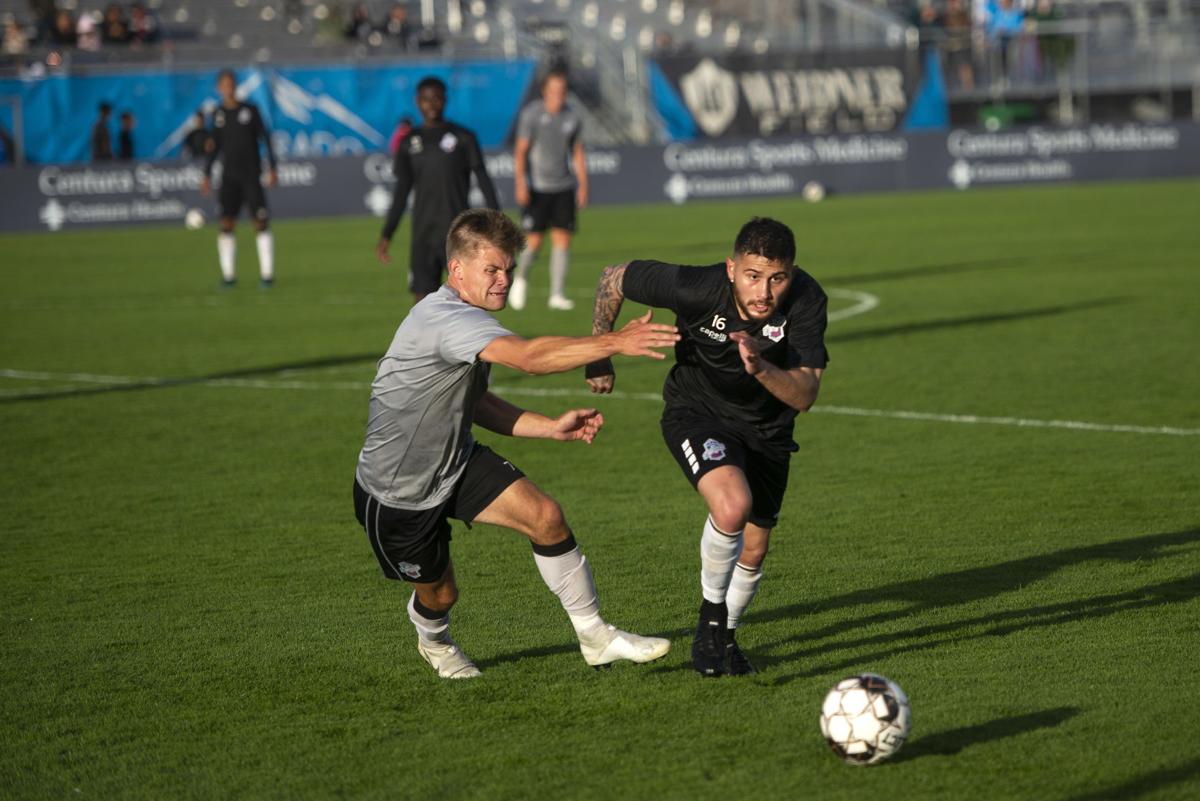 Switchbacks FC forward Austin Dewing (left), and winger Uvaldo Luna, chase after the ball during a scrimmage on Saturday, July 4, 2020 at Weidner Field in Colorado Springs. The scrimmage was the first time competitively playing for fans since the beginning of the pandemic. (Katie Klann/The Gazette) 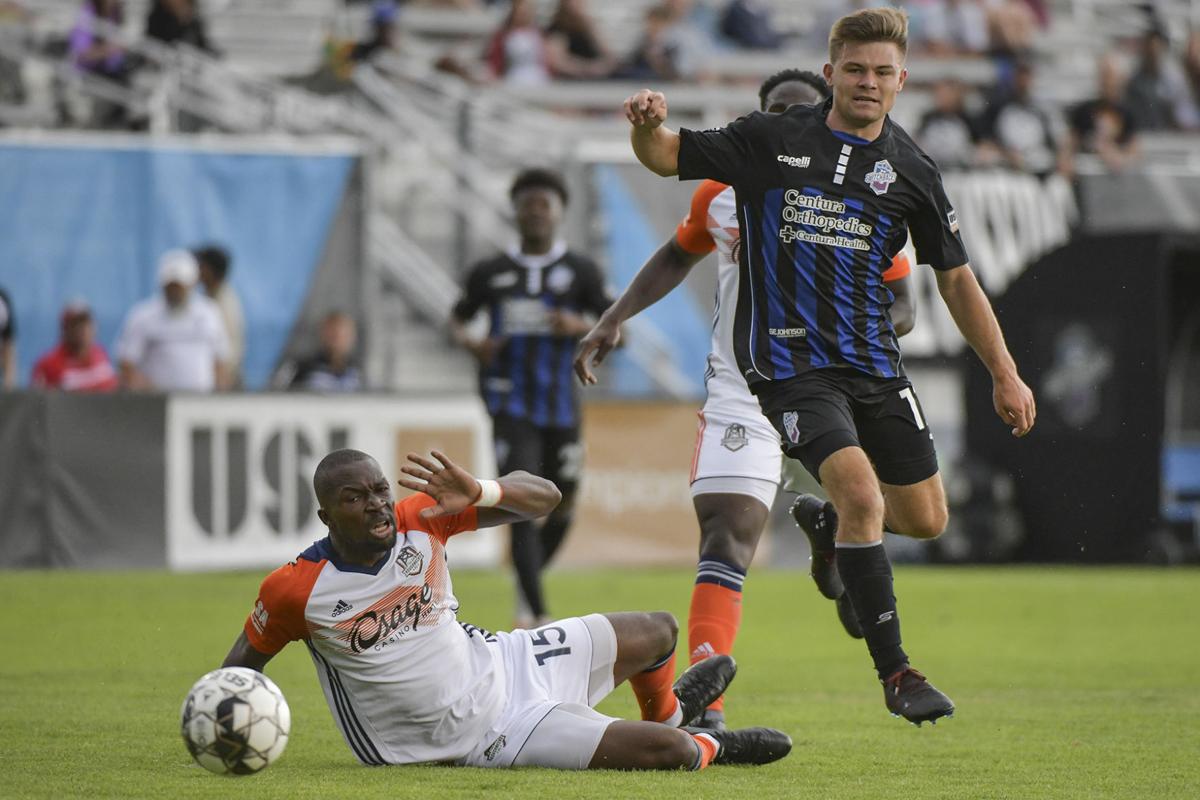 Switchbacks FC forward Austin Dewing (left), and winger Uvaldo Luna, chase after the ball during a scrimmage on Saturday, July 4, 2020 at Weidner Field in Colorado Springs. The scrimmage was the first time competitively playing for fans since the beginning of the pandemic. (Katie Klann/The Gazette)

One of the core values drilled into Austin Dewing as a cadet-athlete at the Air Force Academy resurfaced on a Utah soccer field more than a year after his 2019 graduation.

On the academy’s list of core values, “Service Before Self,” follows only “Integrity First.”

In Colorado Springs Switchbacks FC’s most recent match at Real Monarchs, Dewing found himself in a position where being a bit selfish would’ve been understandable.

The Switchbacks trailed 3-1 in the final minutes and played with 10 men after a second yellow card was shown to Andre Lewis, who will miss this Saturday’s 6 p.m. rematch at Weidner Field, in the 73rd minute. In the 89th minute, with even a draw seemingly out of reach, Dewing won a race to the ball at the top of the box, took a touch and looked to have a clean shot at his first professional goal. A defender converged and spoiled his first look but Dewing managed to win the ball with the goalkeeper outside the 6-yard box.

Instead of trying to send a shot through a crowd of bodies for that first professional breakthrough, Dewing laid the ball off to Jordan Burt who passed the ball into an open goal. It wasn’t his first professional goal, but he did get the second assist of his young career.

“It was probably tougher looking back at it, right,” Dewing said before Friday’s practice, realizing how close he was to scoring in Utah. “In the moment, that was what I saw and definitely the right call. Obviously, I want to score and I want to do that, but the team is definitely above my own personal stat line.”

Because of that unselfishness, the Switchbacks were able to snatch a point on the road thanks to Abdul Rwatubyaye’s stoppage-time header.

“I’ve only known him since last year, but I would anticipate he’s always been a great athlete, but now he’s becoming a footballer,” Switchbacks coach Alan Koch said of Dewing. “He’s starting to think about the game. He’s starting to think, ‘Where should I be in possession; where should I be out of possession,’ and I think that’s allowing him to have a major impact on games. You look at how he forced the turnover for the second goal in Salt Lake. That’s hard work, but that’s obviously being in the right place to go force that turnover, too.”

Unlike his time at Air Academy or Air Force, he said he doesn’t have the luxury of learning his first couple of years before growing into a more prominent role as an upperclassmen. So far this season, Dewing carved out a role as one of the team's top reserves.

“The biggest thing I tried to do in the offseason, was speed that process up,” he said. “I don’t have three years to then have a good senior year, right? So can I figure out immediately what works and doesn’t work and for me, how can I position myself well and work with my teammates to be effective and dangerous as an attacking player.”

Dewing’s time is limited by his status as a member of the Air Force’s World Class Athlete Program. The Olympics being pushed back a year likely bought him some extra time, but he said he’s “very, very committed” to pilot training and serving his country. Until then, Dewing has some other duties to uphold.

“Hopefully, I can provide a lot of goals for the team, and that is my role, but in the moment that was the right call for me,” Dewing said, reflecting on his most recent chance to score. “Hopefully Jordan can answer back a couple of times, get me a few crosses and it will work out just fine.”

A mask is just as necessary as a ticket for fans to get into the Colorado Springs Switchbacks' match Saturday at Weidner Field.