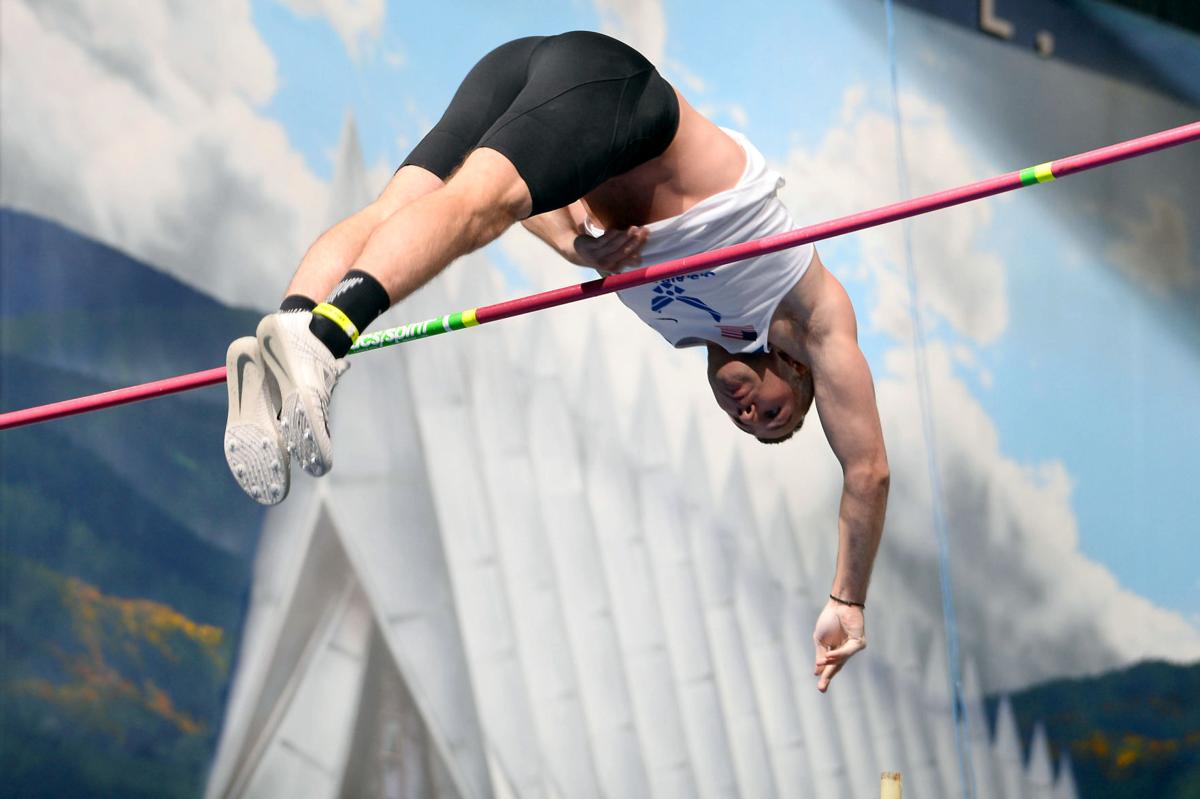 Air Force graduate Kyle Pater has cleared 19-foot-1 and is hoping to represent the World Class Athlete Program in Tokyo. 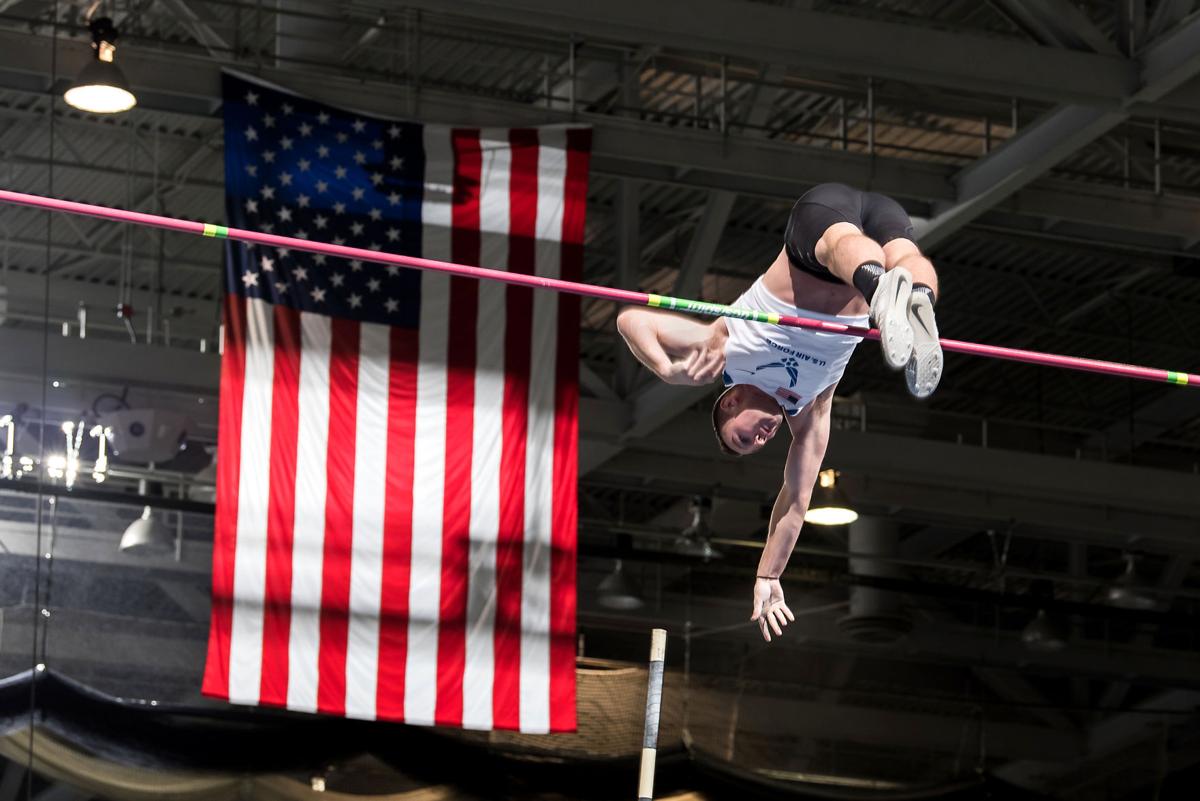 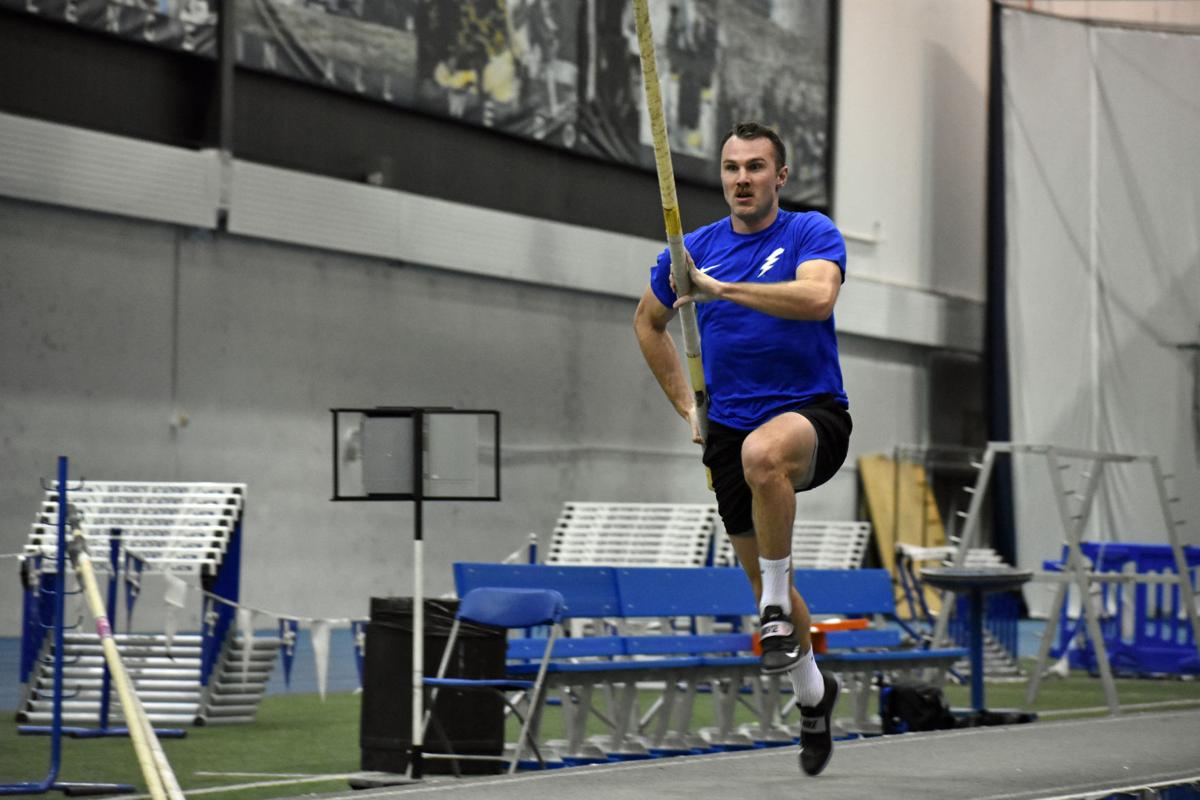 Air Force graduate Kyle Pater works out at the academy, where he is training in the pole vault as part of the World Class Athlete Program. (BRENT BRIGGEMAN, THE GAZETTE) 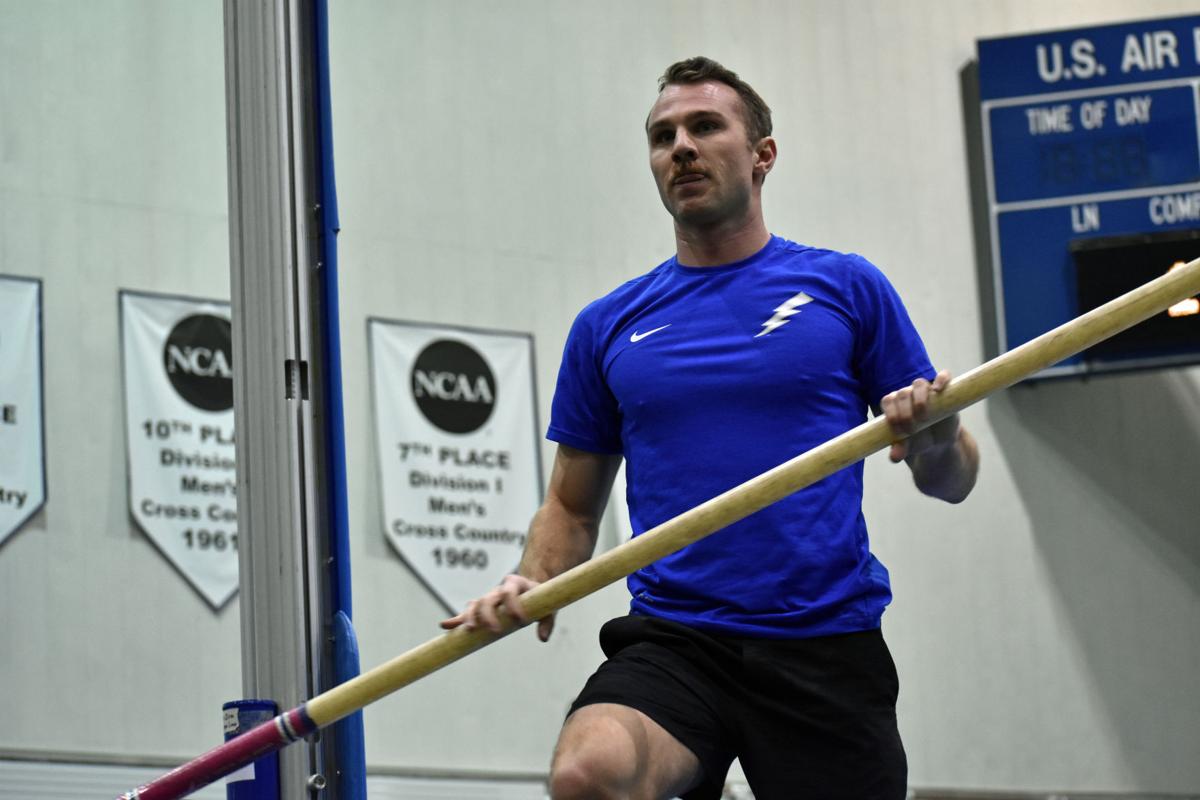 Air Force graduate Kyle Pater works out at the academy, where he is training in the pole vault as part of the World Class Athlete Program.

Air Force graduate Kyle Pater has cleared 19-foot-1 and is hoping to represent the World Class Athlete Program in Tokyo.

Air Force graduate Kyle Pater works out at the academy, where he is training in the pole vault as part of the World Class Athlete Program. (BRENT BRIGGEMAN, THE GAZETTE)

Air Force graduate Kyle Pater works out at the academy, where he is training in the pole vault as part of the World Class Athlete Program.

Pole vaulter Kyle Pater has the biggest jump in the world this year, but only because he kept his thought small.

The 2017 Air Force grad now training with the World Class Athlete Program cleared 19-foot-1 (5.82 meters) at the Air Force Invitational last week. He was aiming for the academy’s facility record, which he obtained, and in the process set the bar worldwide in this Olympic year.

To put that mark into context, a jump of 6.03 meters set an Olympic record and won gold in the 2016 Summer Games in Rio de Janeiro. Pater’s height of 5.82 would have placed fourth, 3 centimeters shy of the podium.

“I didn’t even realize,” he said of the magnitude of his jump, which topped his previous best by 4 inches and was performed to a cheering crowd as the last competitor after already clinching the meet. “I’m so in-tune and focused. Everything falls away. You only think about your cues and your runway, things you can control.”

This is easier said than done in pole vaulting and in life for the San Diego native who once found himself on academic probation and struggling at the academy.

“There’s something to be said for getting through that,” he said. “You realize, like, how bad do you want it?

“I saw it as losing by not graduating, and I’m really competitive and didn’t want to lose.”

Pater overcame the struggles and graduated. As an athlete, he swept the Mountain West indoor and outdoor pole vault titles and set an academy record in the indoor. He helped maintain Air Force’s dominance in pole vault, playing in key role as the program recorded multiple top-three finishes in 12 consecutive conference meets.

“If you would have saw Kyle his freshman year here, we thought he was probably going to hurt himself pretty bad if not die a couple times when he planted the pole,” Air Force pole vault coach Scott Steffan said. “He was a little crazy.”

One of the few achievements Pater didn’t accomplish as a cadet was setting the facility record, which he did as a graduate on Jan. 20 when he took down the mark that had stood since 1998.

After earning his commission, Pater spent a year as a finance officer at Whiteman Air Force Base in Missouri.

The Air Force’s World Class Athlete Program (WCAP) allows active duty personnel to train for the Olympics within a two-year window of the upcoming games. When the 2020 Tokyo games crept within that range, Pater applied for and received a spot in the program.

Air Force graduate Cale Simmons also trained as part of the WCAP before making the Olympic pole vault team in 2016. He is now a pilot in the Air Force Reserves.

Pater could have trained anywhere, but chose the academy because of the facilities, coaches and access to a nutritionist, lifting coach and sports psychologist. Pater lives in Colorado Springs and works with training partner Dylan Bell, a 2016 academy graduate in the WCAP.

Pater said the extra time has been instrumental in his development. At the academy, he would crunch all training into a window of 3 or 4 hours each day. Now, he can put all of his energy into his pole vaulting.

But it’s the sports psychology assistance that may be the biggest difference-maker.

“I’ve been doing this a while,” Pater said. “I know what I need to do, but sometimes your head gets in the way.”

So, he works to keep himself focused and clear of negative thoughts. In practice and meets he is constantly talking to himself, repeating his cues and reminding himself what step has to come next. That’s what helped him to the world’s top jump this year, and he knows it will be instrumental with the daunting task of the Olympic trials looming this summer in Oregon to earn a spot on the team that will compete in Tokyo.

The U.S. Olympic team will comprise the top three jumpers from the trials, so everything is geared toward that meet.

The mental preparation will be as great as the physical lead-up for Pater, but, in such challenges, he thrives. From graduating to the academy to setting the bar for the world to chase in his event, he’s at his best when he has to tediously work his way through each step before earning the reward.

“I just like doing the very best I can in everything,” he said. “It makes life a little more fun.”