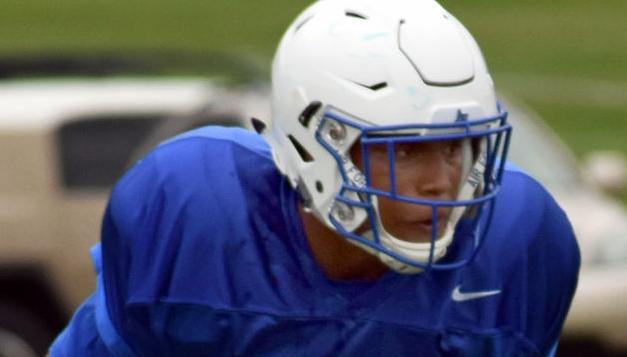 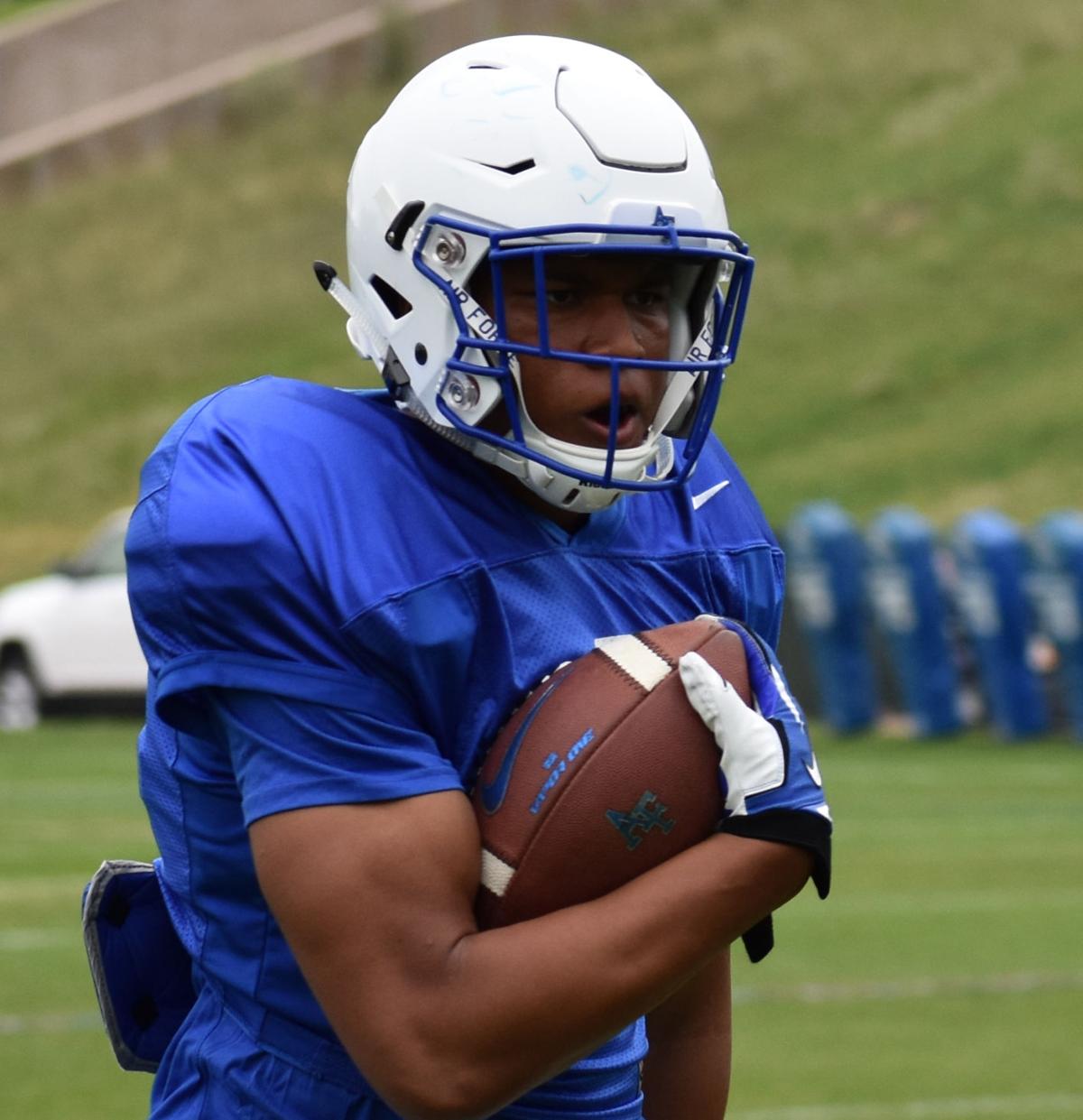 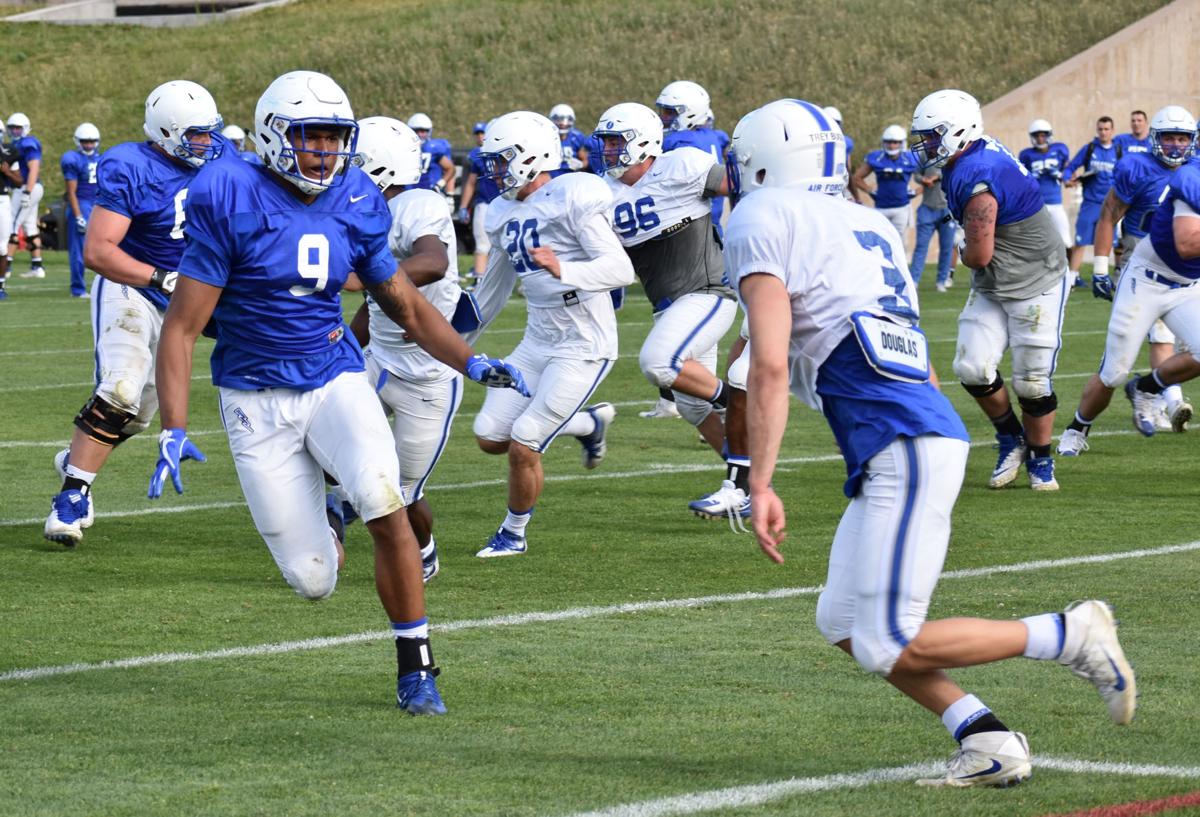 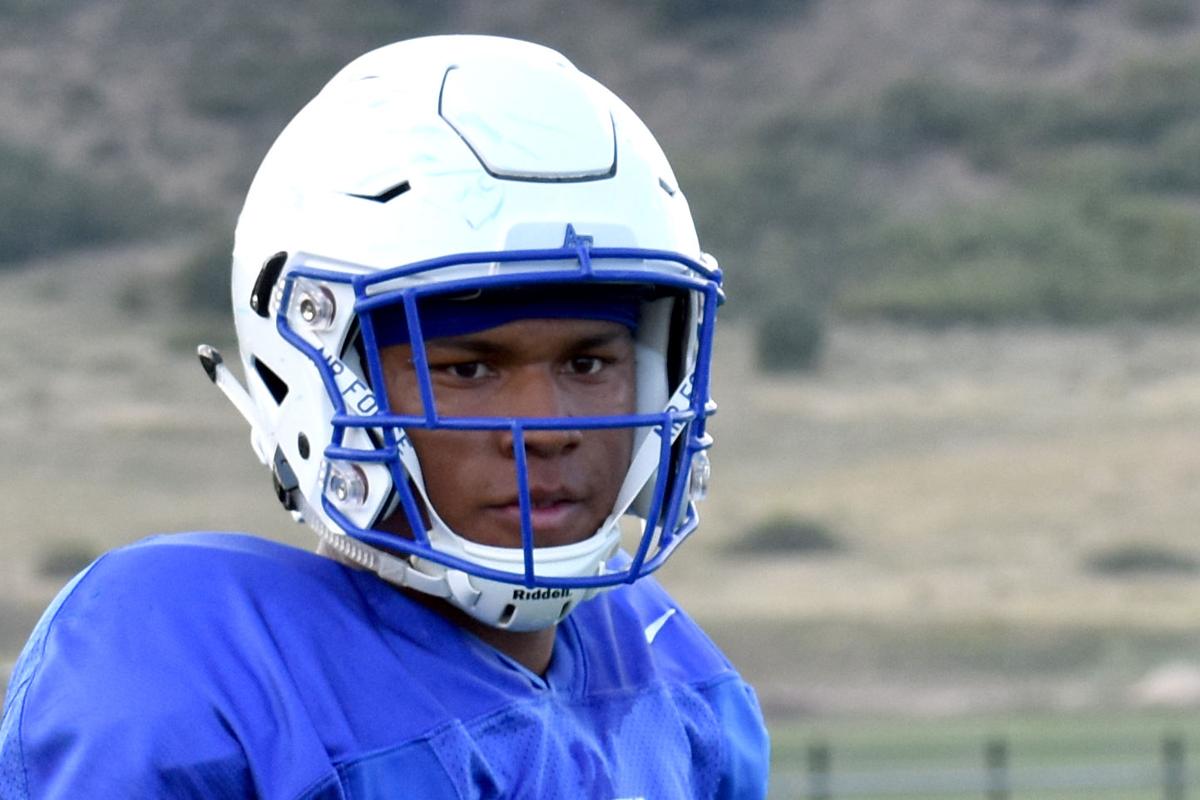 It seems “The Next Jalen Robinette” is a label Air Force wide receivers will have to get used to wearing.

For David Cormier, a former three-star recruit, the label looks like it fits.

Cormier is a virtual physical clone of Robinette, the record-setter who graduated in 2017 and cast a shadow over the position that figures to last until a comparable replacement surfaces. Cormier is 6-foot-3, 220 pounds, was a standout basketball player (also Robinette’s non-football sport of choice) in Albuquerque, and built a reputation at the prep school for going up and high-pointing balls.

Cormier is even boldly wearing Robinette’s No. 9.

Now, the freshman just has to learn the offense and earn his way onto the field — a process that could take some time.

“He certainly does (look the part),” offensive coordinator Mike Thiessen said. “Jalen Robinette looked the part as a freshman and we had to play him out of necessity and he wasn’t very good, to be honest.

That’s not to say Air Force isn’t excited about Cormier — who was not available to media per team policy for non-juniors/seniors — but there’s no need to rush it with a crowd of upperclassmen ahead of him.

“He’s got a ways to go, but he’s got talent,” Thiessen said. “He’s a big body and moves around well and he’s got good ball skills. But he’s still learning. He’s got to get there.”

Returning to the same position battle for the second consecutive year, Geraud Sanders knew he had to change something.