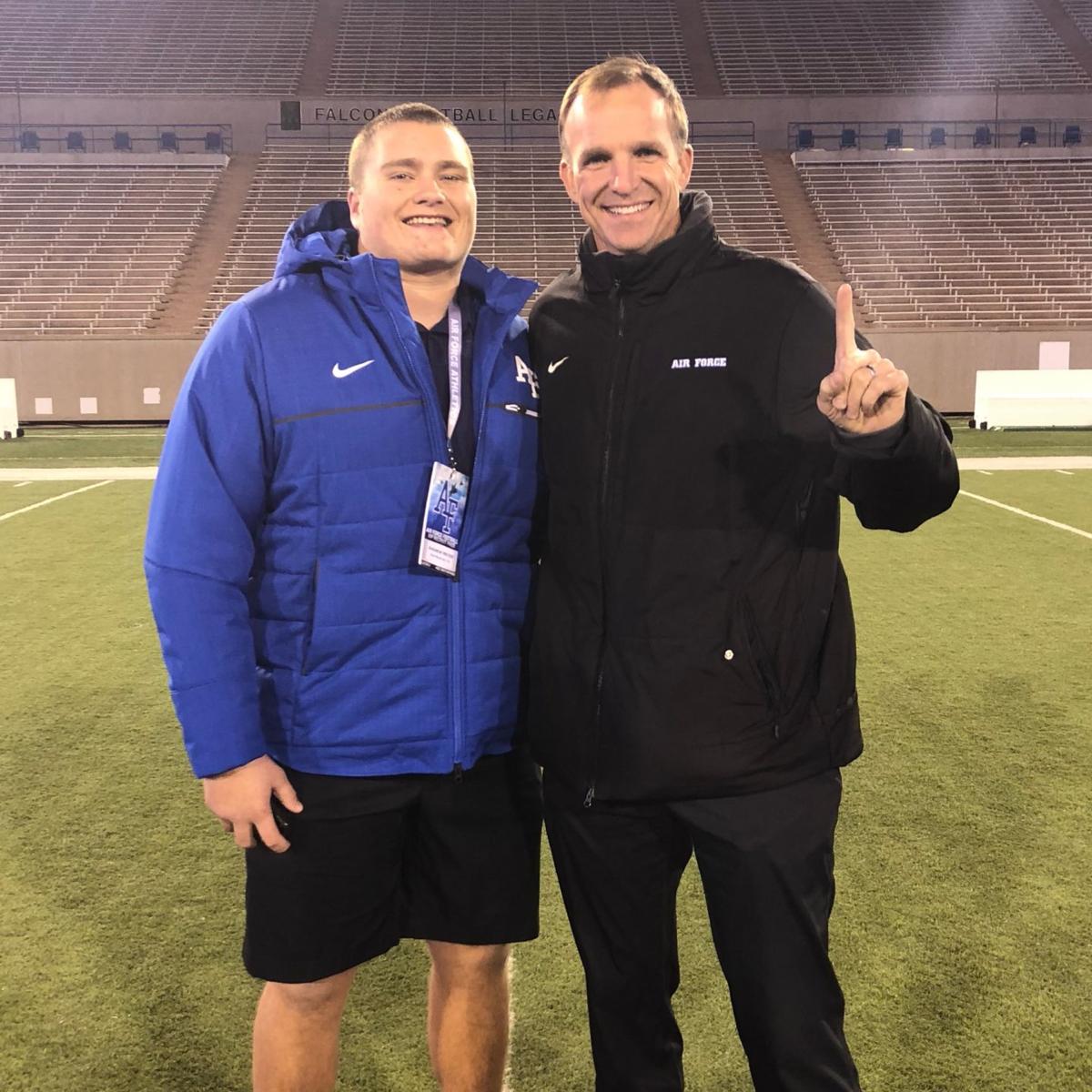 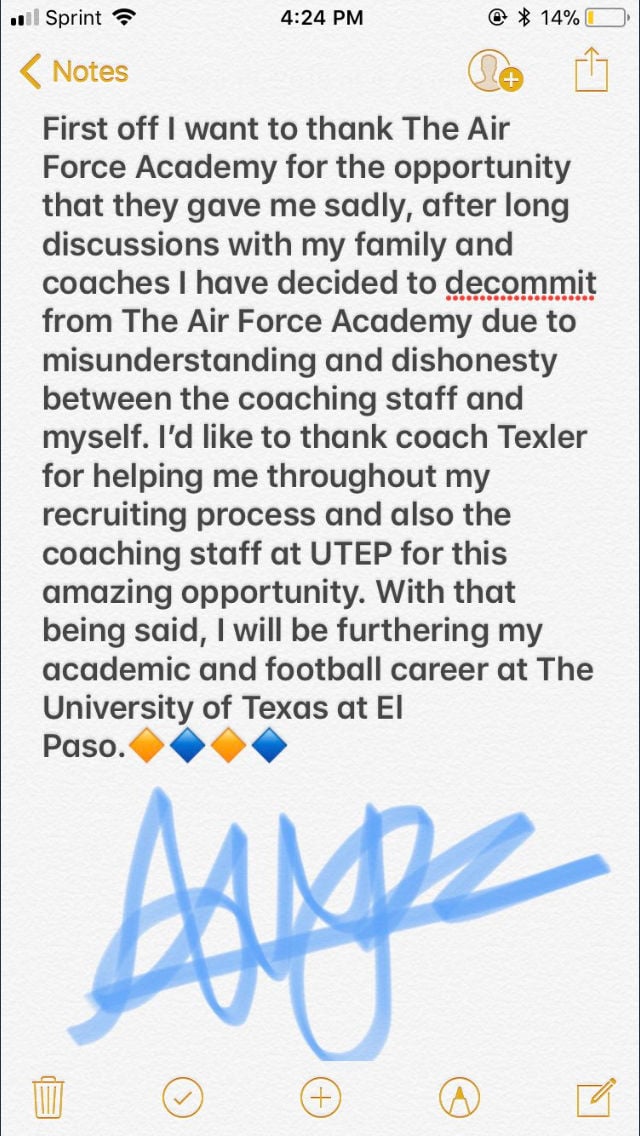 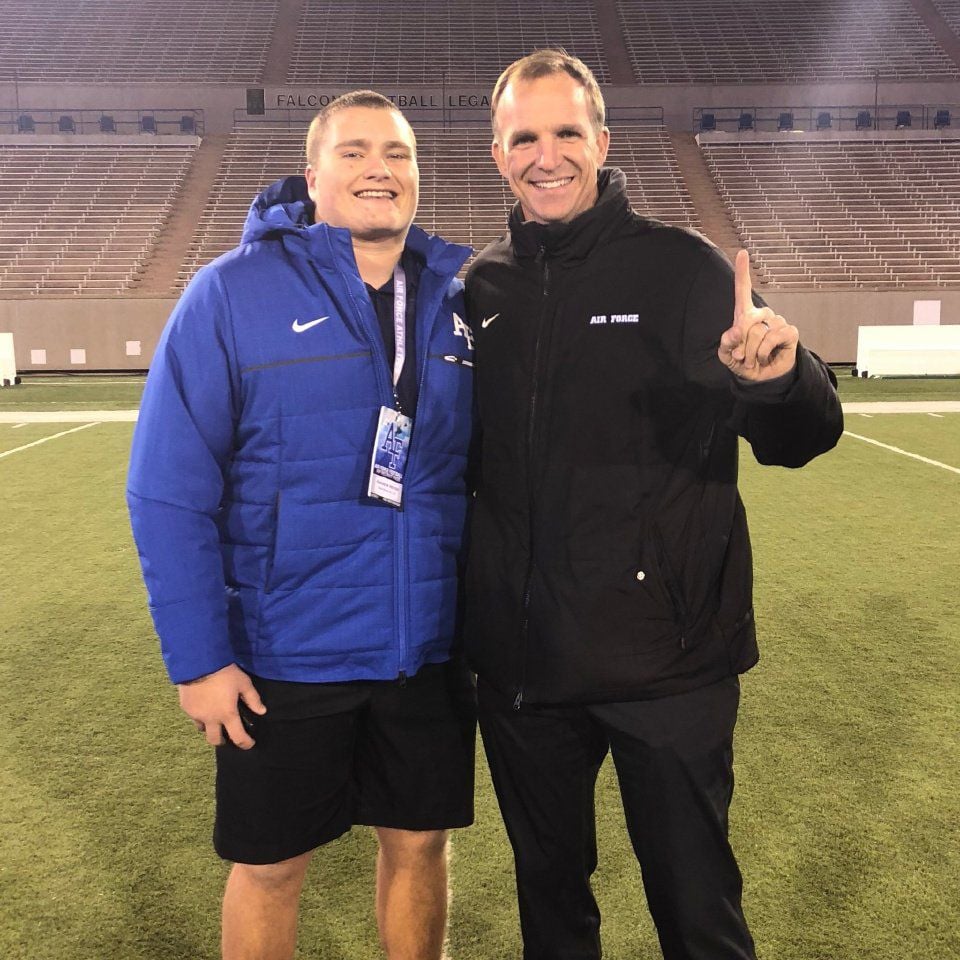 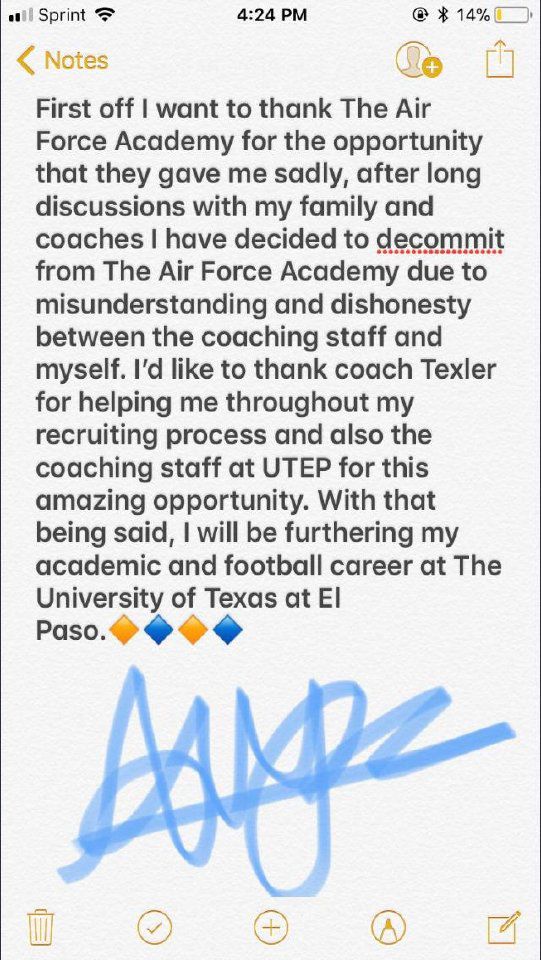 An Air Force football recruit has reversed his decision to attend the academy, citing “dishonesty.”

Andrew Meyer announced his decision on Twitter on Wednesday, saying he has flipped his commitment from the Falcons to UTEP.

“I have decided to decommit from The Air Force Academy due to misunderstanding and dishonesty between the coaching staff and myself,” Meyer wrote on the social media site.

The Gazette reached the 6-foot-3, 283-pound lineman from San Marcos, Calif., and asked if would care to elaborate on what he meant by the claim of “misunderstanding and dishonesty.”

“I’m gonna keep that one concealed,” he responded. “I don’t want any bad blood between the coaching staff and myself.”

Meyer is rated as a two-star recruit and the No. 155 offensive guard in the nation according to 247Sports.