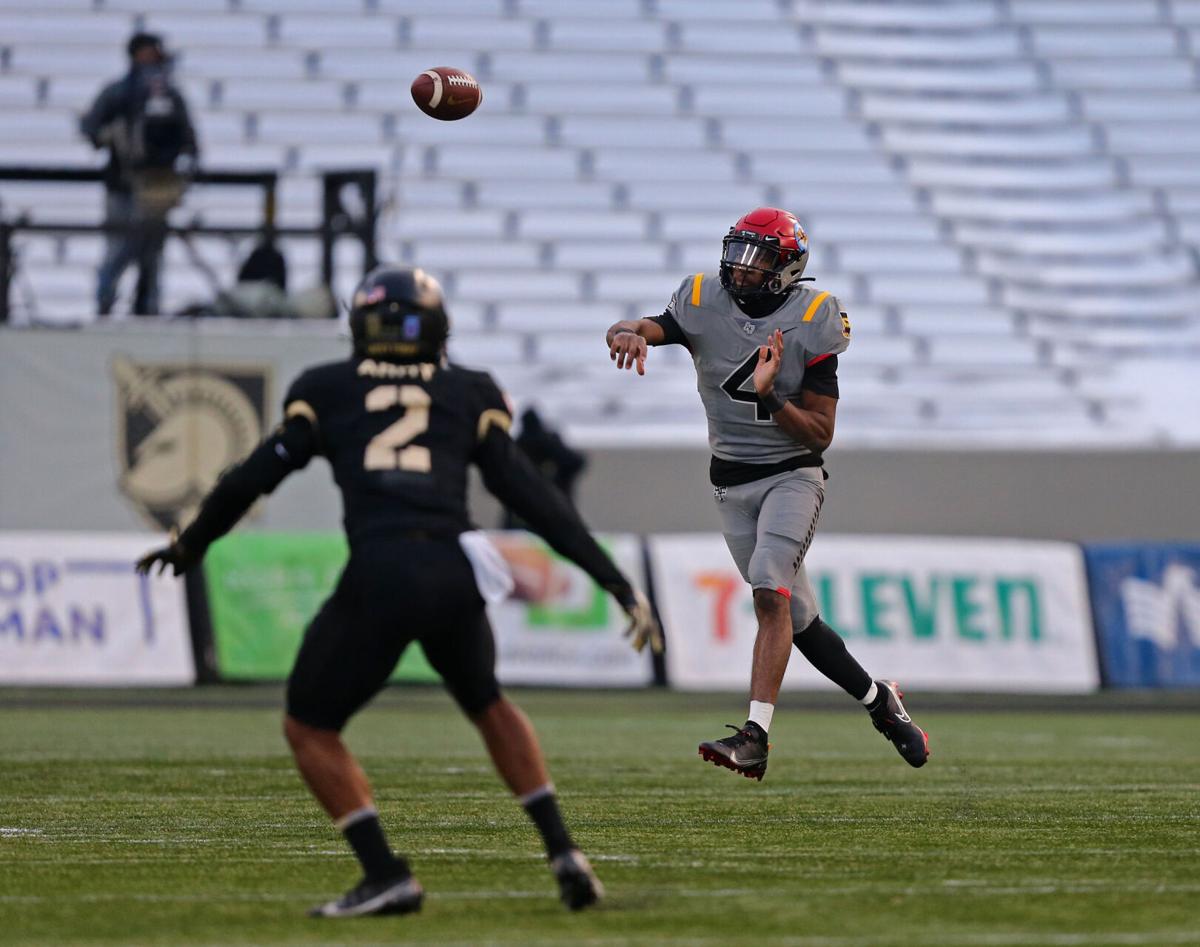 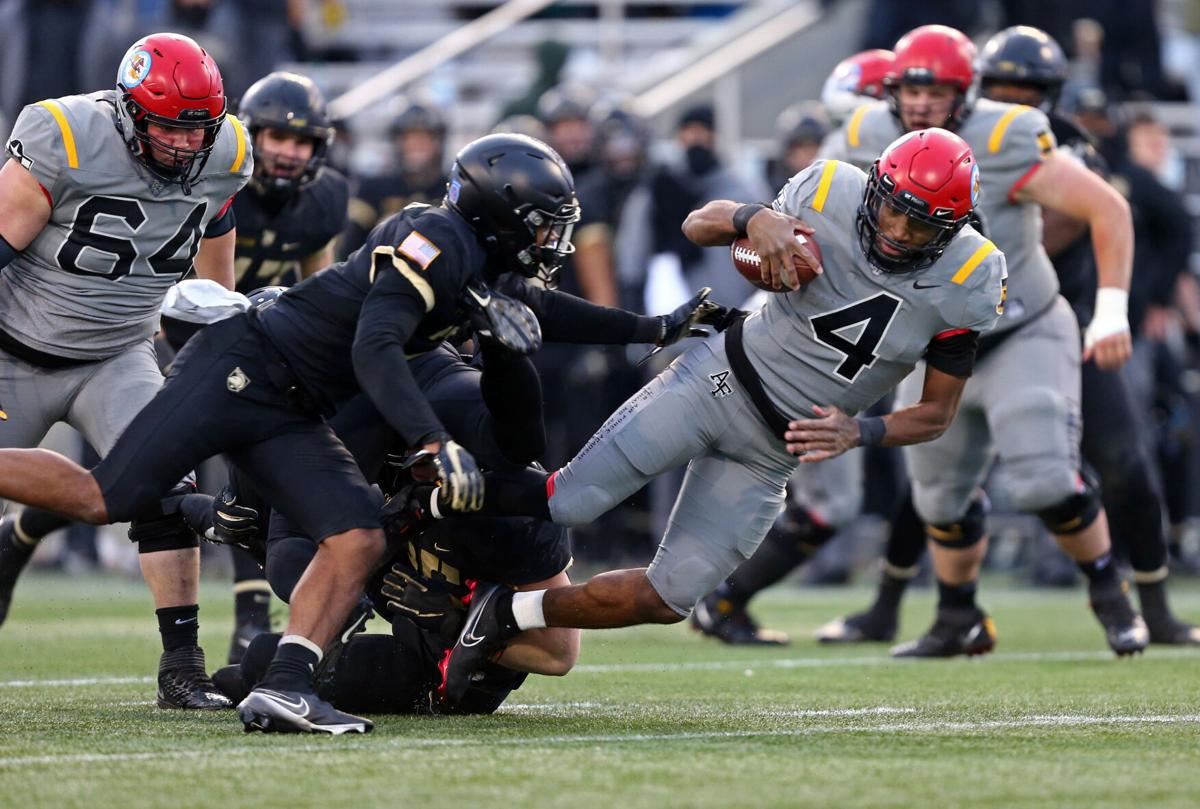 Air Force quarterback Haaziq Daniels dives for yardage Saturday against the Army Black Knights during the first half at Michie Stadium. Daniels ran for 61 yards and passed for 107 but had three interceptions.

Air Force quarterback Haaziq Daniels dives for yardage Saturday against the Army Black Knights during the first half at Michie Stadium. Daniels ran for 61 yards and passed for 107 but had three interceptions.

George Silvanic stopped himself short of saying Air Force’s football season was the most challenging in the nation.

Every team had its challenges. Some teams were forced out of state for practices or games, others lost more games than the two wiped off the Falcons’ schedule. COVID-19 left nothing untouched in this bizarre 2020 season.

For the Falcons, the year brought upon a scramble to fill the gap when around 40 players opted out of the season — many of those on defense. Air Force used 29 first-time starters, the most in the nation. Silvanic moved from offensive line to defensive line and turned himself into perhaps the team’s most valuable player on defense.

Considering all that, Silvanic couldn't let the season end without recognizing not what Air Force faced, but how it reacted to it.

“I hope when our season is looked back on, I hope what’s not forgotten is the great leadership of guys like Ben Peterson, Parker Ferguson, Nolan Laufenberg, Joey Woodring,” said Silvanic, a senior from Palmer Ridge in Monument. “I want to make sure that that message is out there, the leadership from the senior class.

“Guys really stepped up with the young guys and took them under their wing.”

Ultimately, from a football perspective, it is that last part that might have biggest impact moving forward with the program. With just six games played, the Falcons (3-3) had few opportunities to impact the record book, but they did find a way to turn the page to the next wave of standouts.

The team’s leading passer (quarterback Haaziq Daniels), rusher (fullback Brad Roberts) and receiver (tight end Kyle Patterson) were all sophomores. Linebackers Alec Mock and Johnathan Youngblood were among the 27 freshmen to see action. The groundwork has been laid, particularly when considering the wave of talent that’s about to return from a semester away from the academy.

“I feel way more confident,” Patterson said after catching three passes for 65 yards and a touchdown in a 10-7 loss at Army on Saturday that capped the season. “I got a little nervous first Navy game, and then each game was just building on top of it. Nothing like building that confidence up, you know.”

There will not be a bowl game, as games were announced Sunday and Air Force, as previously reported by The Gazette, did not seek a spot.

Still, within that six-game season, there was meaningful action. The Falcons played the two teams that eventually met for the Mountain West title — unbeaten conference champion San Jose State and Boise State — and they opened and closed with their service academy rivals. And they practiced. And practiced. With practices stretching from early August through the middle of December, there were no shortage of reps to be had.

So, Air Force will move forward into the 2021 season. But not without collective growth from six games, four-plus months of practice and experiences that included games being canceled and rescheduled and players lost to testing and even a plane de-icing incident in Logan, Utah, that led to an unexpected late-night stay in Salt Lake City.

It was a weird year.

“We definitely learned to take the good with the bad and play with adversity,” Patterson said. “Everything with COVID and not knowing if we’re going to have a game this week or who’s going to (test) positive, it really allows you to take a respect for the game and truly love each opportunity that you have and not take it for granted.”