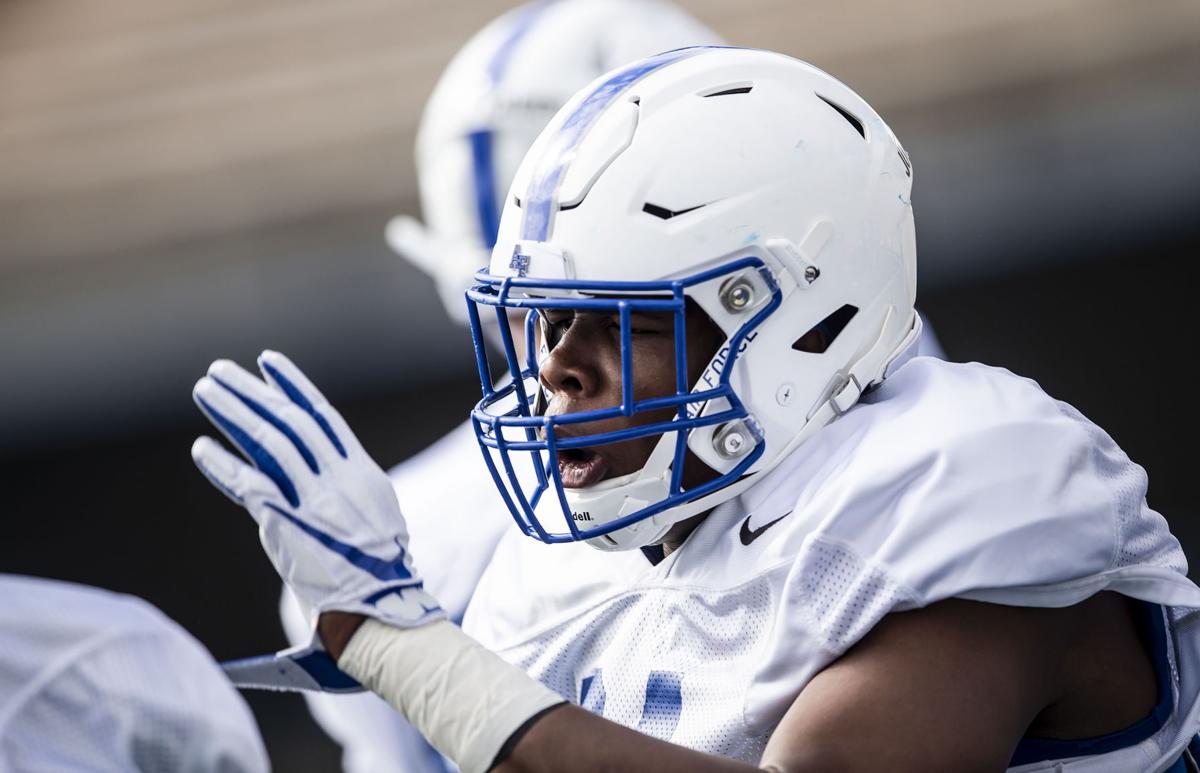 Defensive lineman Jordan Jackson runs through drills during practice at the Air Force Academy on Saturday. 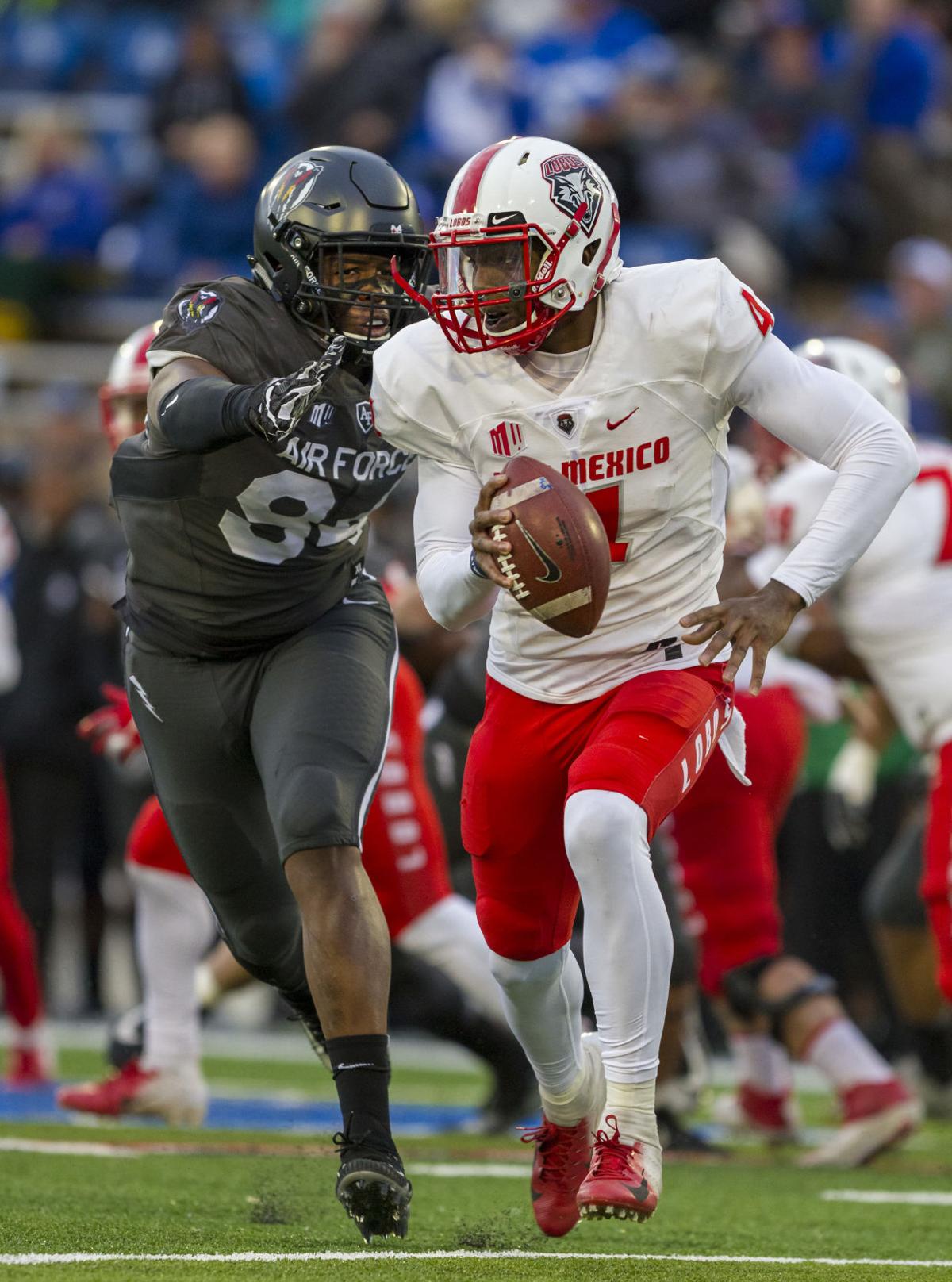 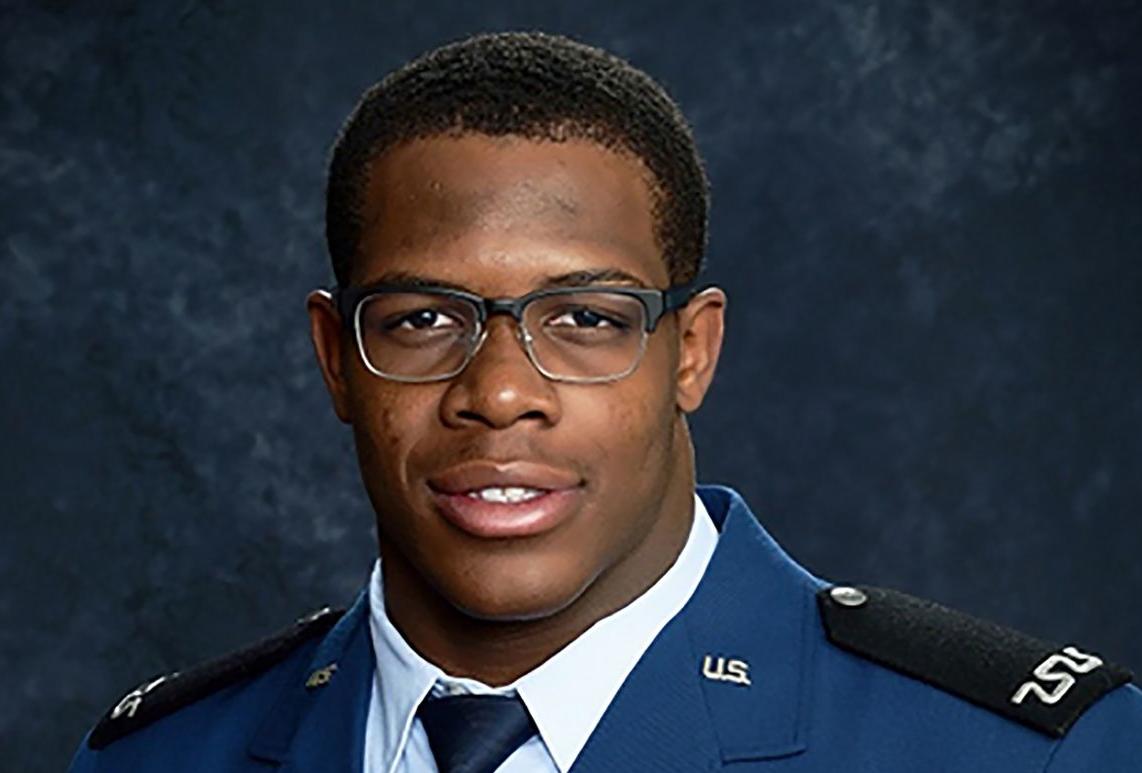 Defensive lineman Jordan Jackson runs through drills during practice at the Air Force Academy on Saturday.

Tucked just inside the foothills of the Front Range, the Air Force football practice fields fall under the shadows quickly in late afternoon.

But one place on these fields is obscured from the sun even more — the spot lining up opposite Jordan Jackson.

The junior continues to grow. He now weighs in at 282 pounds on his 6-foot-5 frame, providing a body type that the Air Force has never had on the defensive line.

Jackson has added about 10 pounds each season since playing in 11 games as a freshman. If he continues that pace, he would not only provide the typically undersized Falcons legitimate major college football size, but also would be virtually identical to the players that the Denver Broncos have at that position — Derek Wolfe is 6 feet, 5 inches, 295; Adam Gotsis is 6 feet, 4 inches, 287.

Physical requirements must be passed at graduation to earn a commission as an Air Force officer, but the periodic tests done prior to that allow accommodations for larger cadets.

Jackson has shown he’s more than just a big body. He made 12.5 tackles for loss with 4.5 sacks last year as he became the first Air Force defensive lineman to earn postseason accolades from the Mountain West as a sophomore, when he was voted to the second team.

This year he enters as a first-team all-Mountain West preseason selection.

“I wasn’t expecting it at all,” Jackson said. “That’s not something I look at or anything, but some people told me about so I saw it there. Props to my teammates and coaches; they put me in great positions, and that’s what comes out of it.”

This year, Calhoun said, he expects Jackson to show better pass-rushing skills as a product of his offseason work and the tutelage of Jameson, who has coached the defensive line since spring and brings a track record in that department.

The double teams that may be required of Jackson should also help defensive playmakers such as inside linebackers Kyle Johnson and Demonte Meeks as well as outside linebacker Lakota Wills operate with more freedom.

But Jackson’s size also has helped him in an unrelated area. Thanks to his height, he can more easily eavesdrop on conversations at other tables at lunch. One day he heard a group talking about their experience at the Air Force’s field engineering readiness lab, and his interest was piqued.

Now he’s a civil engineering major who’s completed most upper-level math classes, such as Calculus 3, statistics and differential equations. “By the grace of God, I pulled it out at the end.” And he spent part of his summer shadowing civil engineers at Hurlburt Field in Florida. The focus was on “the more explosive piece” of engineering, including firefighting operations and the dogs.

But Jackson said he found time to unwind on the beach.

So it was a mix of explosion and fun, which Jackson wants to carry into the football season for which he has sizable expectations.

“A big thing we’re focused on now is to come out and have fun,” said Jackson, who has been part of back-to-back 5-7 teams with the Falcons. “Having losing seasons these past couple of seasons, I think we lose some of the fun that comes with it. We know, too, when you go out and have fun, you have more success.”

The Air Force Falcons are prepping for the 2019 season and The Gazette is bringing you all of the latest developments.

Air Force football practiced for nearly three hours in scrimmage situations at Falcon Stadium on Saturday, giving a sneak peak at some new and returning players.