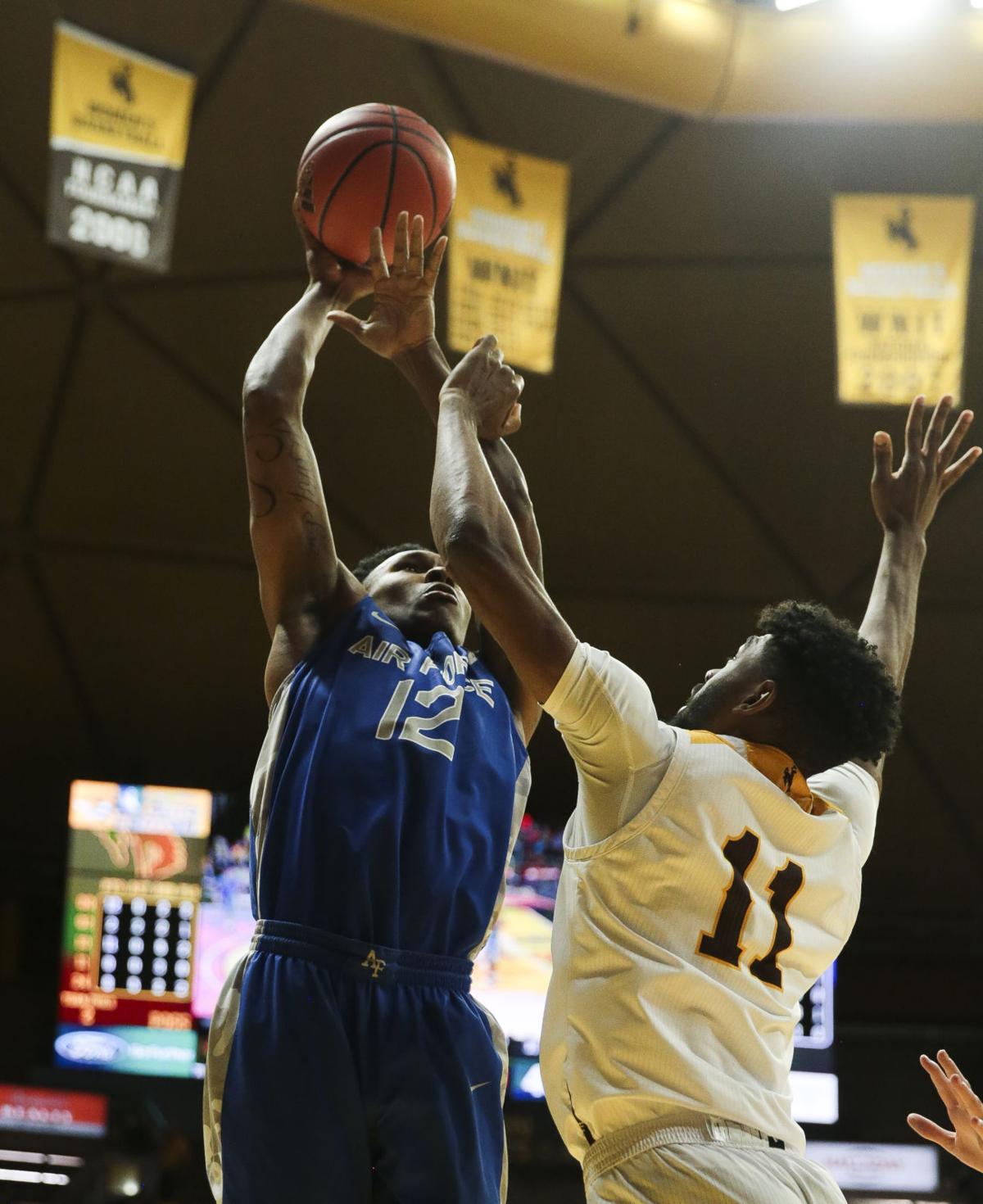 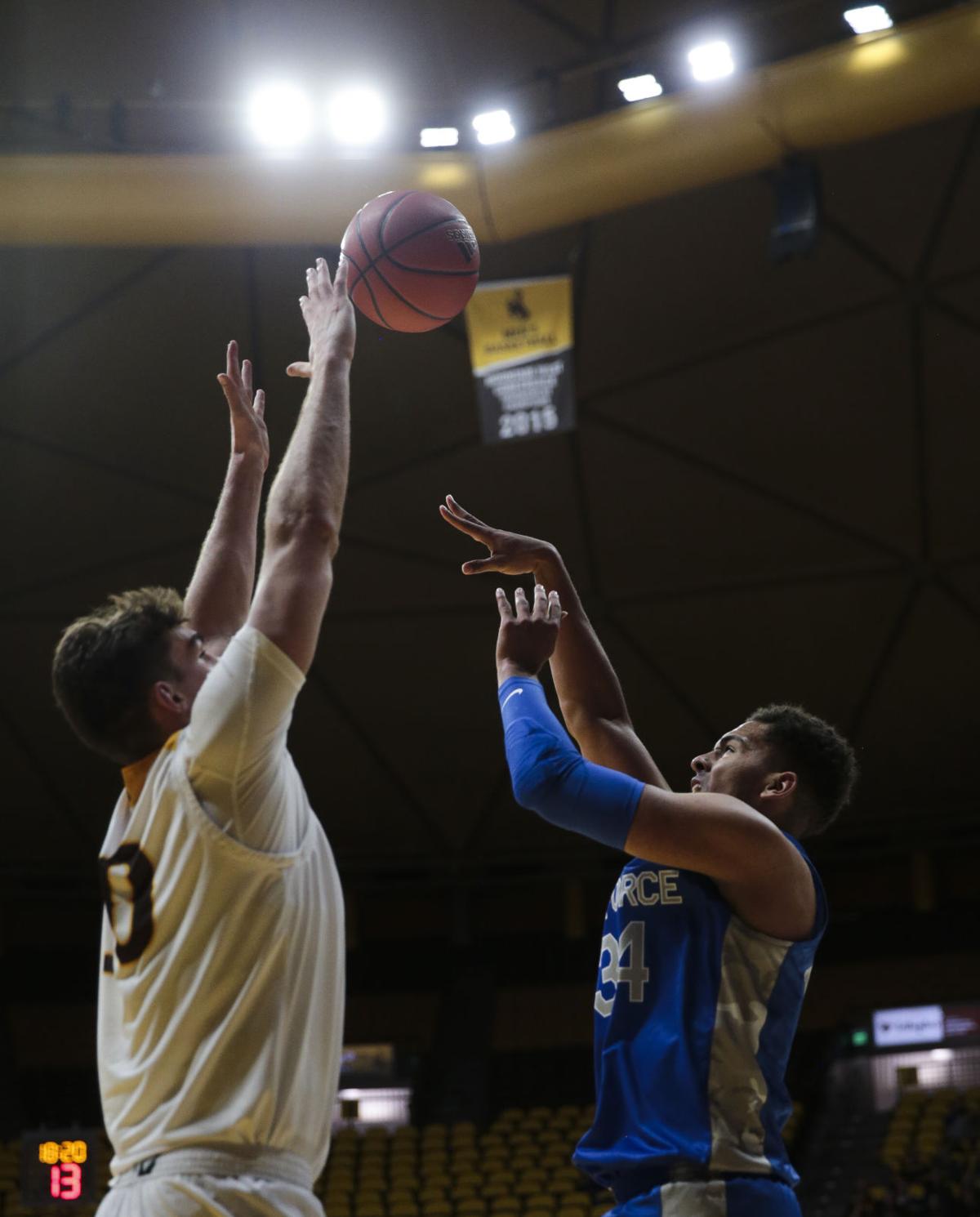 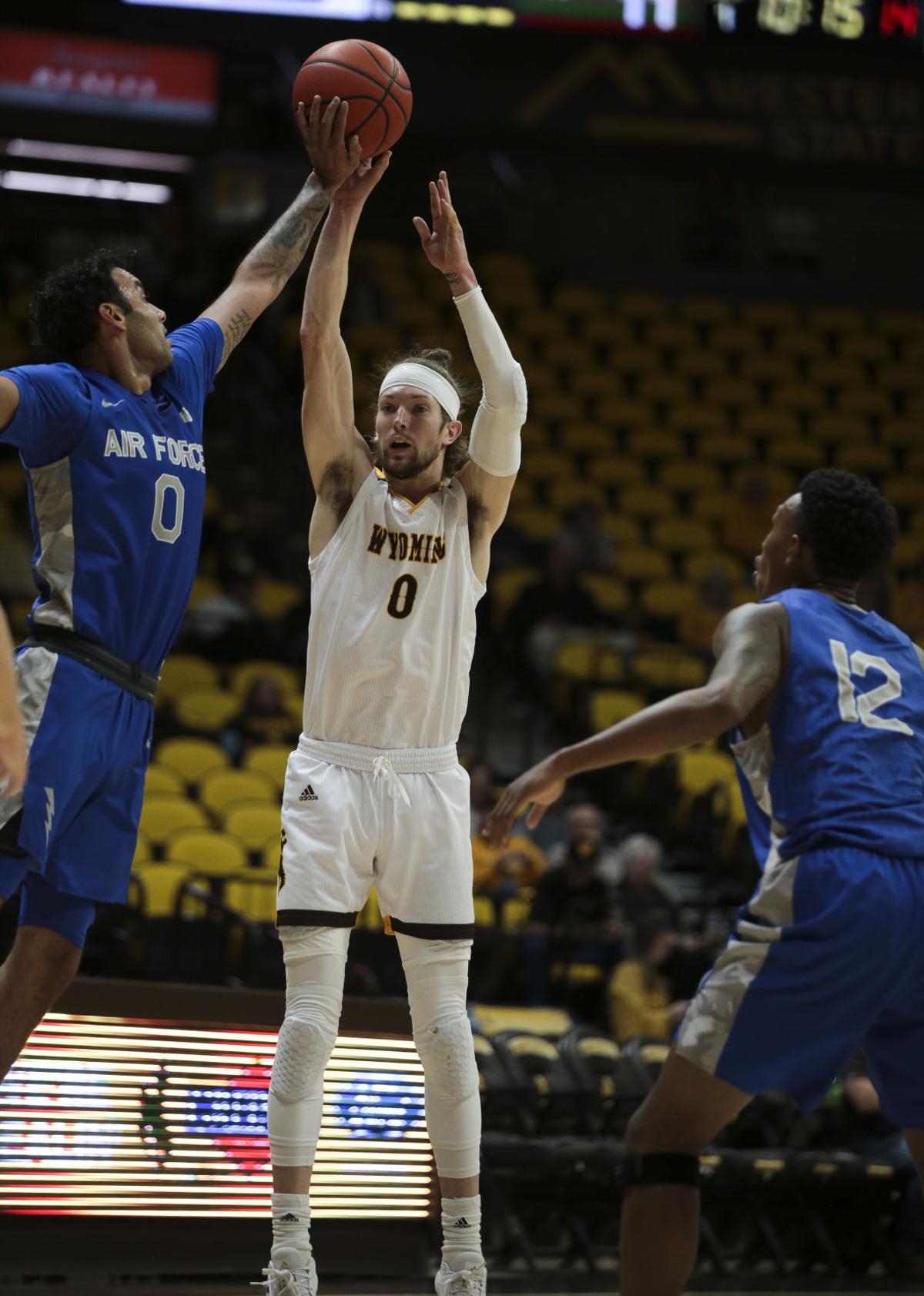 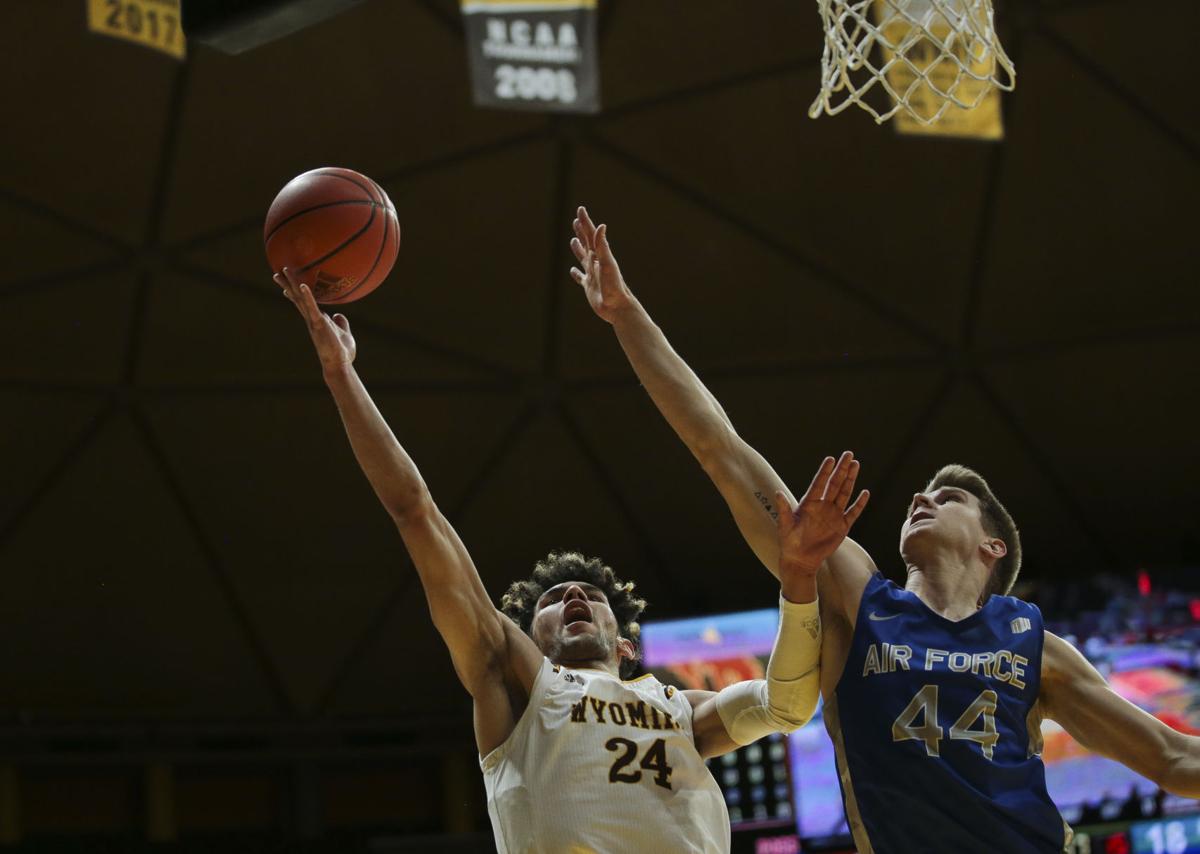 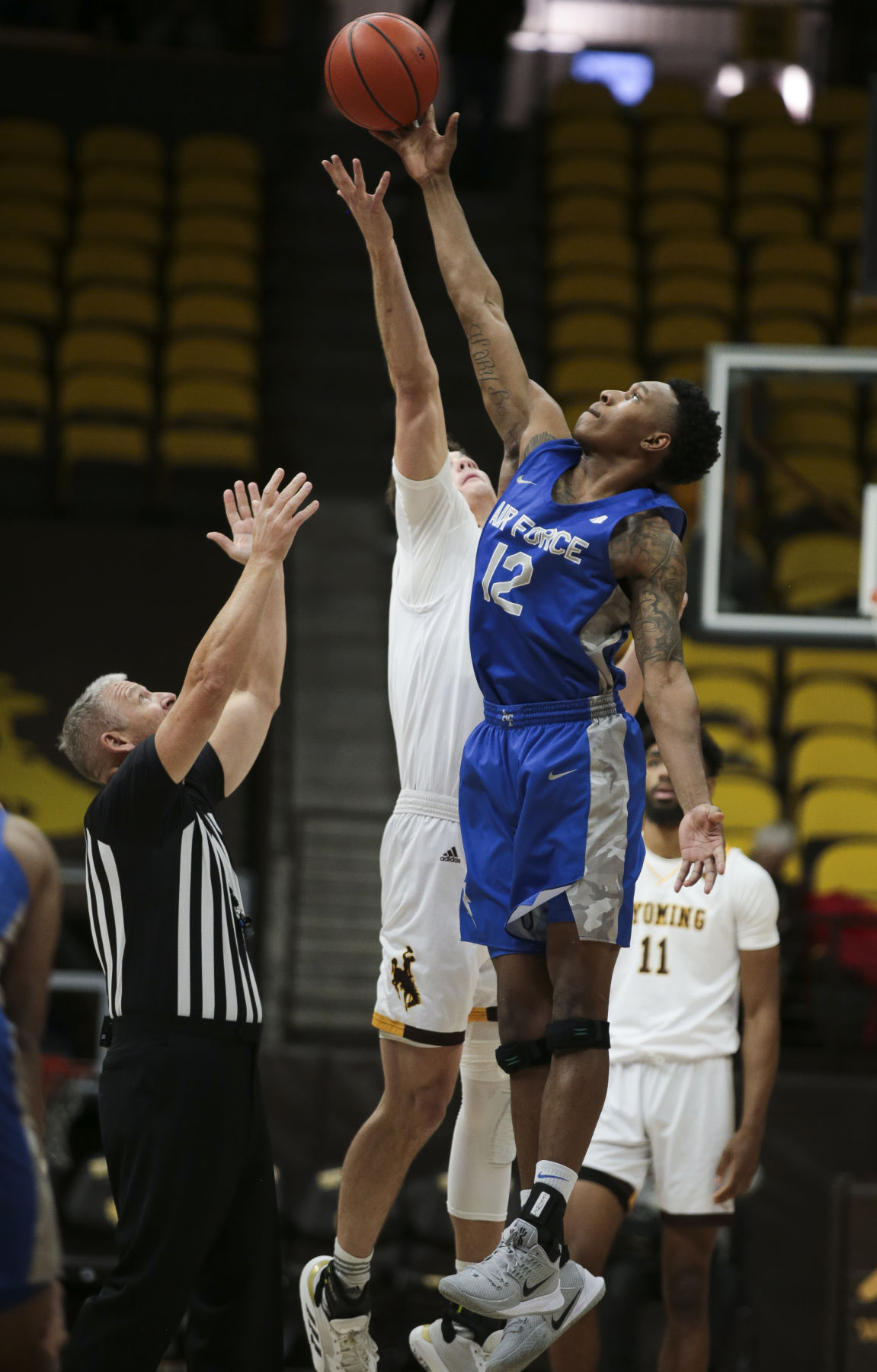 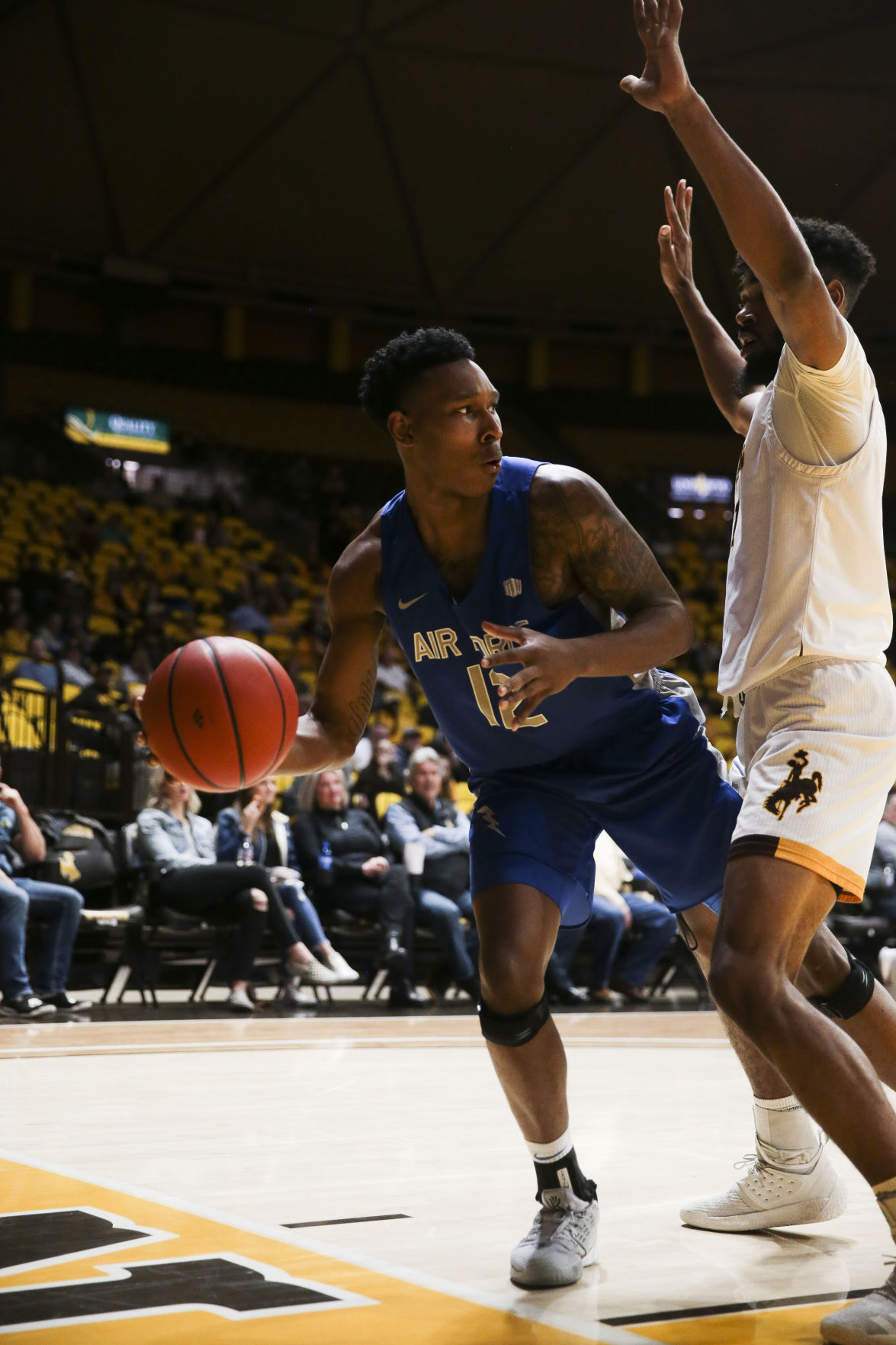 The Falcons hit 17 3-pointers — one off a program record — to win their Mountain West opener 86-77 at Wyoming.

It was Air Force's most lopsided conference road win since January 2015, while the 17 3s were the most for a Wyoming opponent.

“We were feeling it tonight,” said Lavelle Scottie, who made three 3-pointers on the way to 19 points. “If we’re all feeling it, let’s get it. Let’s share it. Let’s get some shots.”

But it was three field goals — this time 2s — that helped the Falcons put it away.

A.J. Walker hit a runner as the shot clock expired, Ryan Swan made a layup and Scottie sealed it with a dunk.

“It went off the shot clock, off the backboard, off the flag hanging up there,” coach Dave Pilipovich said, describing the Walker runner with 1:30 remaining that halted a 10-0 Cowboys run.

Walker, the sophomore point guard, led Air Force (4-5, 1-0 Mountain West) with 20 points, seven rebounds and seven assists, which he had in 37 minutes without a turnover.

“I think he’s a good player,” said Pilipovich, who said Maldonado attended an Air Force team camp and had an early offer from the Falcons. “I really like him. I like his demeanor.”

The 3-point line has served as the barometer through the early season for the Falcons. When they’ve shot better than 30%, they’re 4-0. When they’ve failed to hit that threshold, they’re 0-5.

“I’ve been working with them. I told these other (coaches), ‘Leave them alone, I’ve got it. I’m going to work the shooting drills,” Pilipovich joked of the reason behind the 3-point barrage.

In reality, he explained that the inside-out action in the offense presented the team with the looks from 3 it wanted.

“They were really trying to pack the paint,” Scottie said. “If they’re doubling off in the post, somebody’s open for a wide-open shot.”

This marks three straight wins for Air Force over Wyoming (3-6, 0-1), and four of the past five.

Air Force men's basketball travels to Wyoming on Wednesday to open Mountain West action about a month earlier than usual.