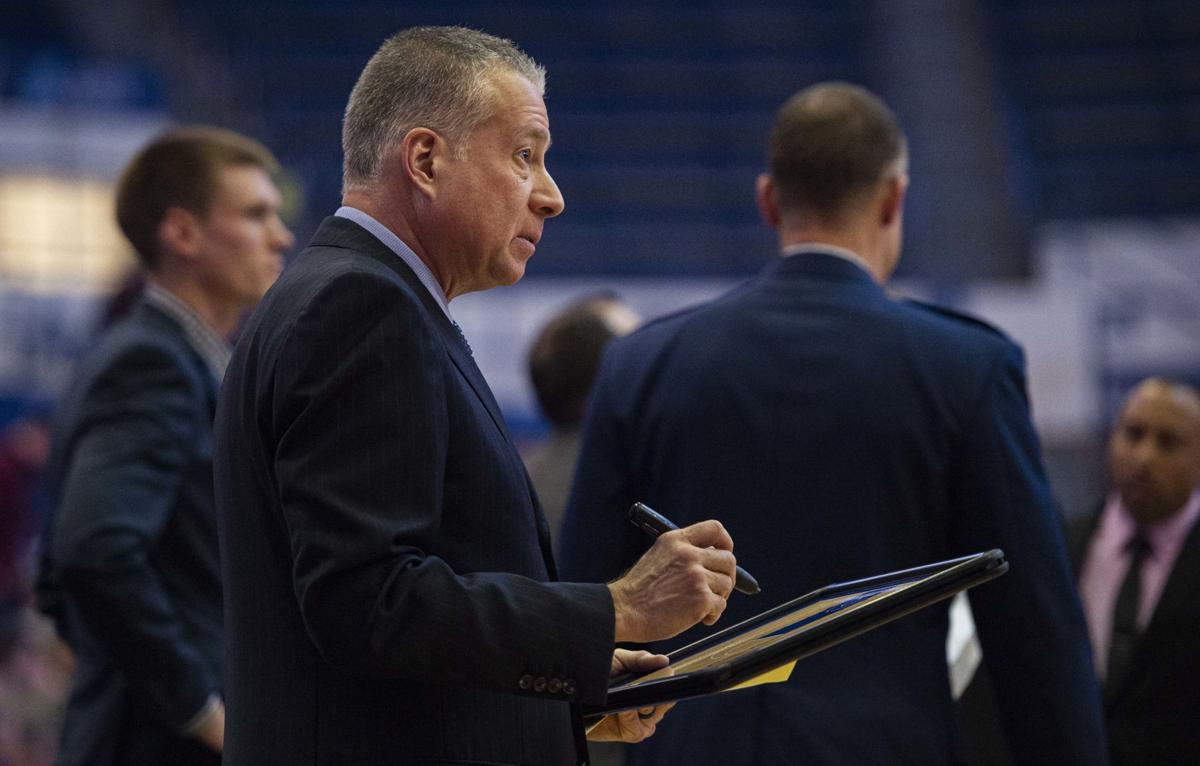 Falcons coach Dave Pilipovich draws up a play Wednesday before the start of the second half against Boise State in Clune Arena at Air Force Academy. 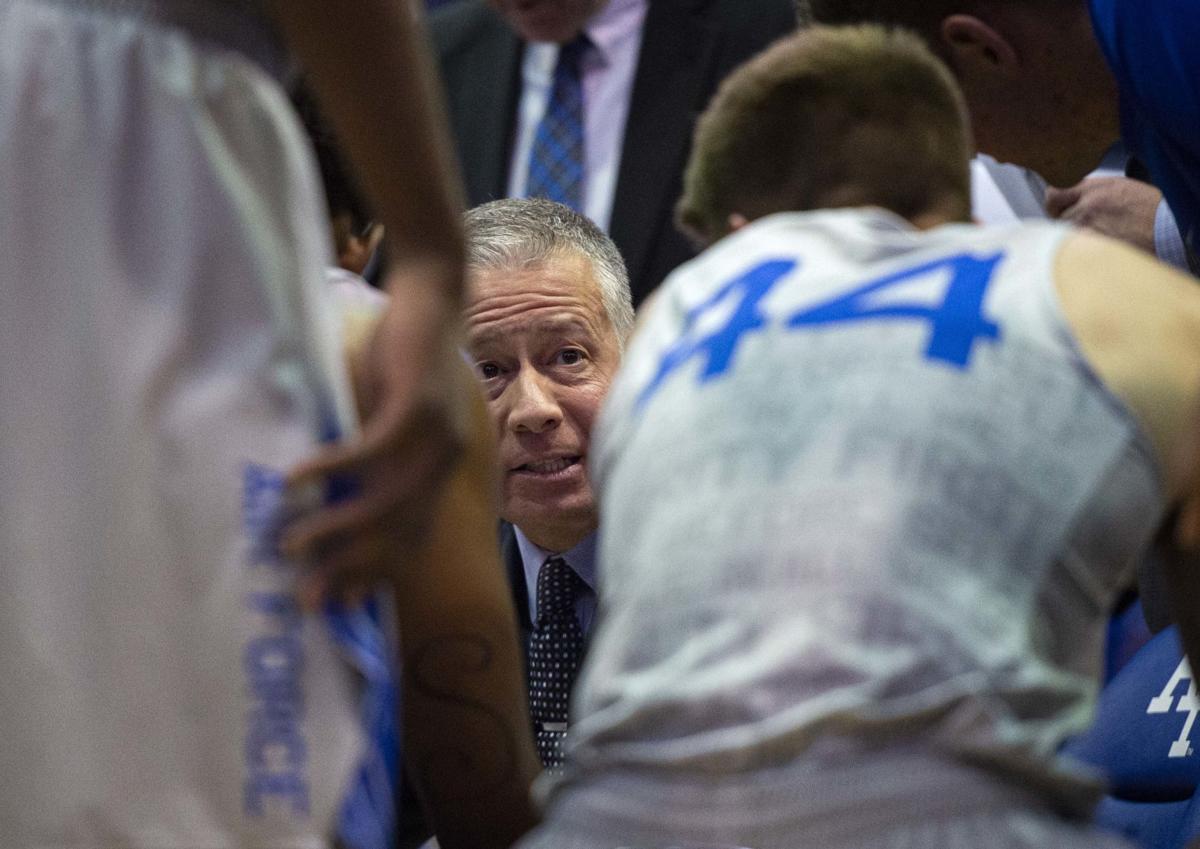 Air Force head coach Dave Pilipovich talks to his team during a timeout in the second half against Boise State Wednesday, Jan. 15, 2020, at Clune Arena on Air Force Academy. (The Gazette, Christian Murdock)

Falcons coach Dave Pilipovich draws up a play Wednesday before the start of the second half against Boise State in Clune Arena at Air Force Academy.

Air Force head coach Dave Pilipovich talks to his team during a timeout in the second half against Boise State Wednesday, Jan. 15, 2020, at Clune Arena on Air Force Academy. (The Gazette, Christian Murdock)

Motivation won’t be lacking for Dave Pilipovich on Saturday, and he hopes that spreads to those considering a trek to Clune Arena for a 2 p.m. game.

The Air Force basketball coach is well aware of his dismal track record against Colorado State, as the Falcons have lost 13 of 15 to the in-state rivals since he took over in Feb. 2012 – including a pair of losses last year.

“They really crushed us last year, so I’m really looking forward to that, too, because we owe them,” senior forward Lavelle Scottie said. “We owe them a couple losses.”

Air Force is also playing significant games for the Mountain West standings. The Falcons (9-9, 3-3 Mountain West) are tied with the Rams and Utah State for fifth place in a league that gives byes to the top five teams in the first round of the conference tournament.

This is the third consecutive year that Pilipovich and his wife, Kelly, have selected a game on the schedule to raise money in support of the American Cancer Society. The couple will donate $1 for each person in attendance.

Being able to contribute monetarily means something to Pilipovich, who slowly climbed through the coaching ranks with many stops that did not compensate well.

At his first Division I job at Florida Atlantic, the school could only employ him nine months out of the year.

He took a job making adobe bricks in the offseason, while Kelly worked at a bank.

But the money is only part of it. Dave lost his father and Kelly her mother to cancer within three months of each other in 2017.

Dave recalls the helpless feeling of arranging rides for his father’s treatments in Pittsburgh, and has made the Road to Recovery his primary charitable cause since then.

Kelly volunteers for the service in Colorado Springs, taking patients to treatments. The money raised will stay local, helping with costs associated with the rides or to pay for Uber rides for patients.

“We exhausted every neighbor and friend and relative to the point I’m sure they didn’t pick up when we called,” Dave said. “They didn’t have a Road to Recovery program, and he needed treatment. I felt guilty because I wasn’t there doing my part.”

Pilipovich knows a larger crowd will mean a larger donation and also better odds for his team, which has seen its share of close home losses to the Rams.

Of the past five home losses in the series, two have come by four points and another by five.

Colorado State (12-7, 3-3) comes in on a three-game winning streak, including a 105-72 annihilation of New Mexico on Wednesday.

For more than a month, Air Force men's basketball has alternated wins with losses against Division I competition.