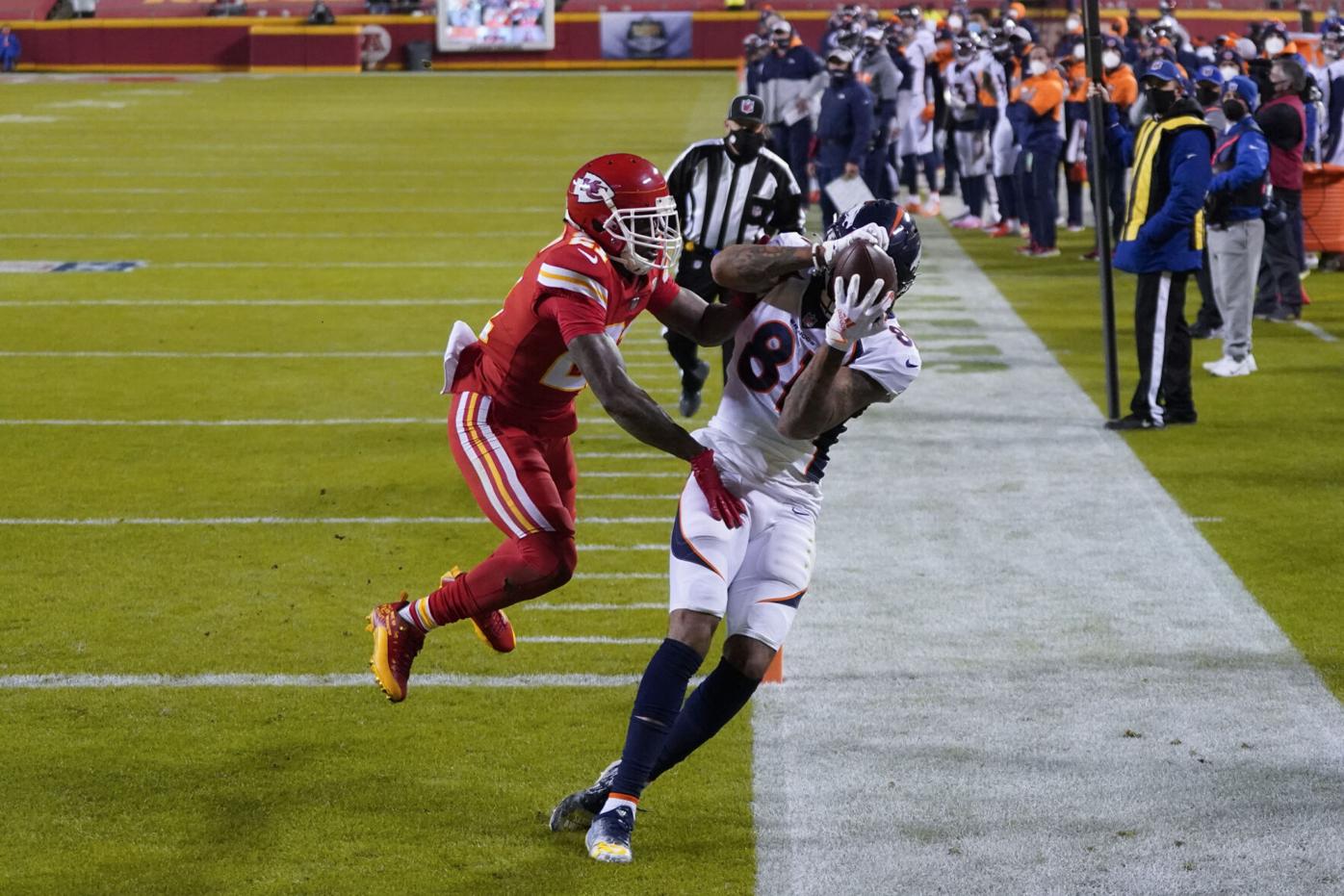 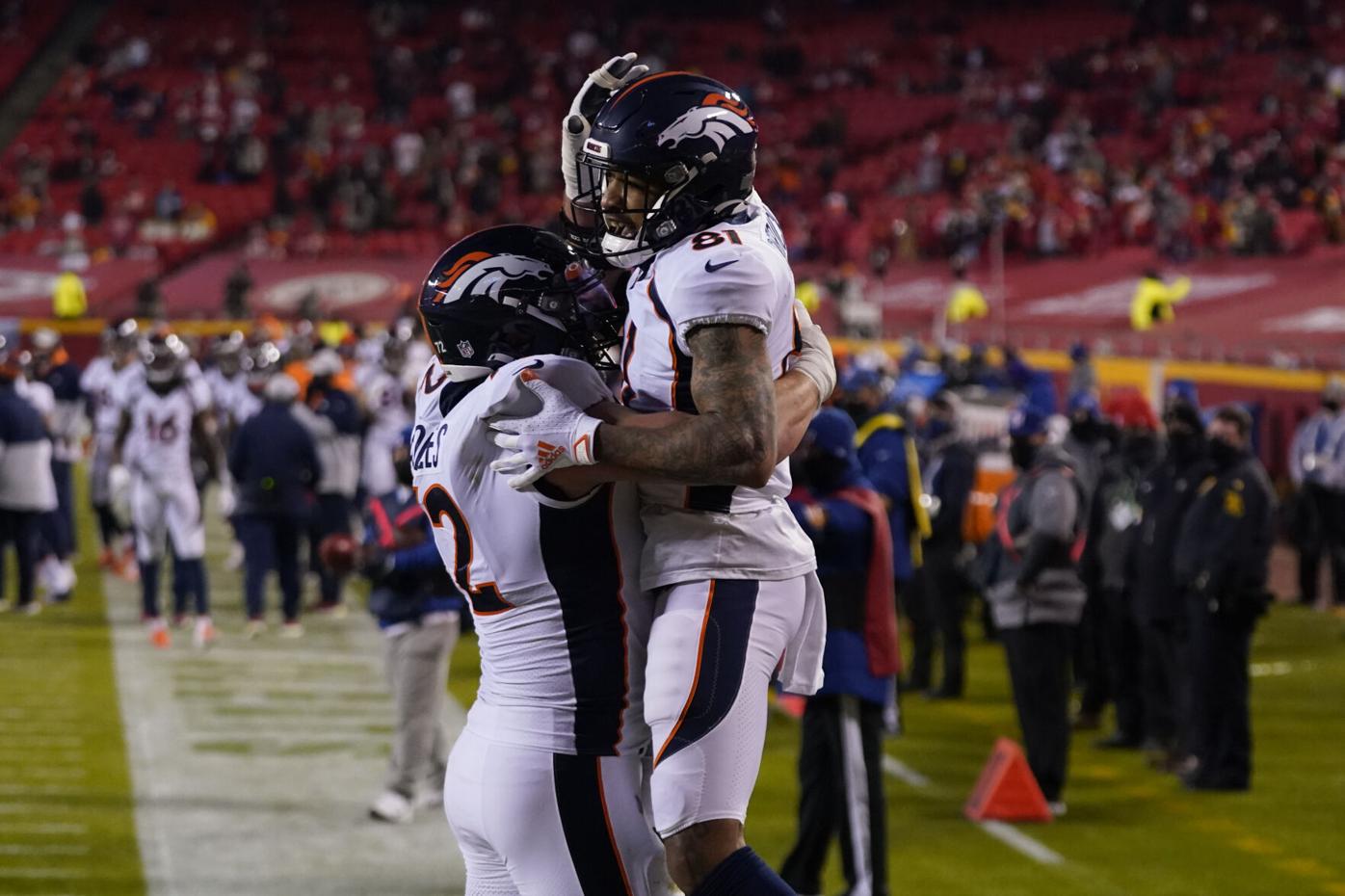 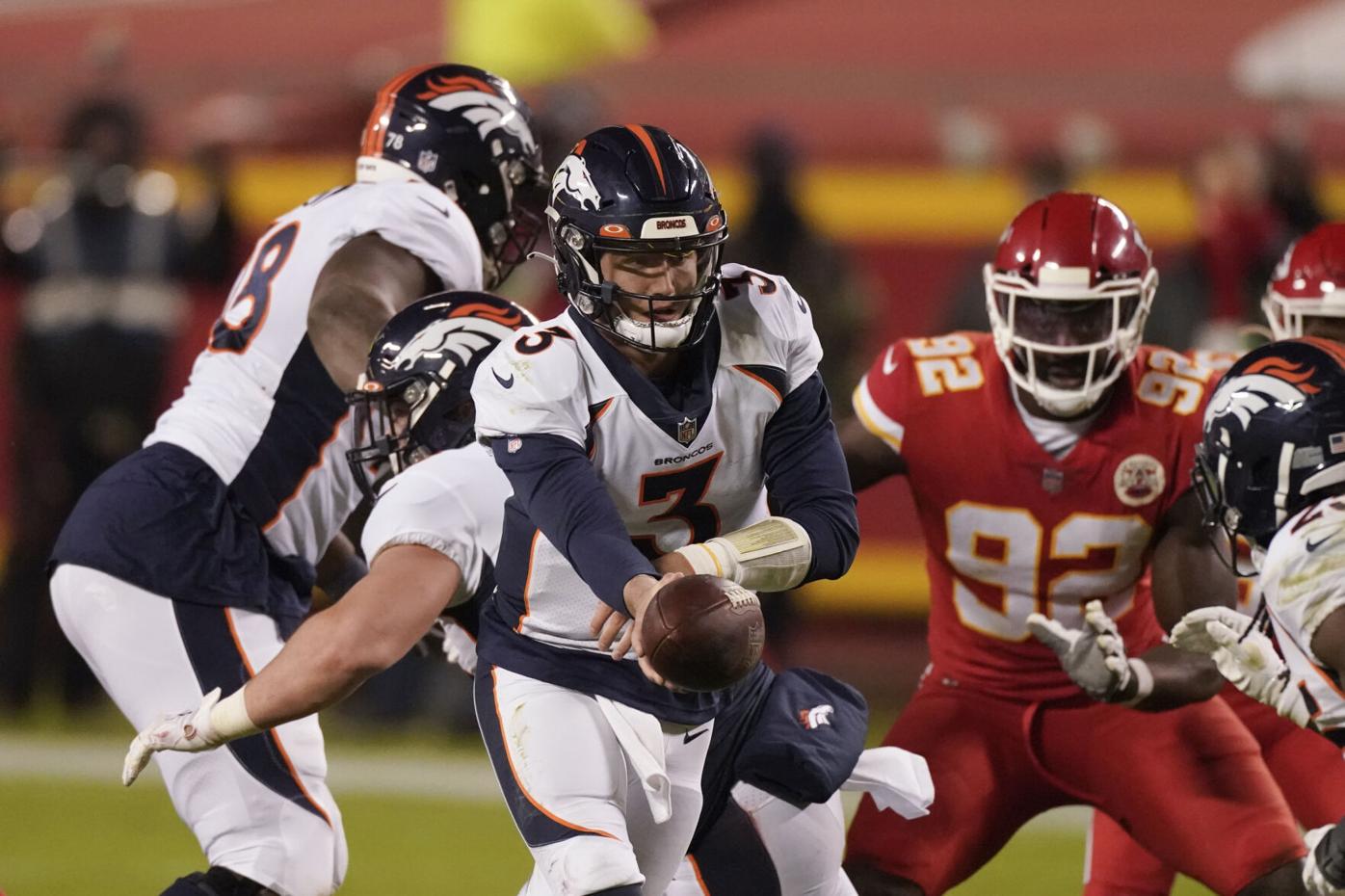 Here's three takeaways from the game:

For only the fourth time in Patrick Mahomes' career, he didn't throw a touchdown pass in the first half, with the Broncos holding the Chiefs to three first-half field goals. Speedy wide receiver Tyreek Hill had only one catch for 30 yards.

Mahomes finally found the end zone in the third quarter, with a touchdown pass to tight end Travis Kelce. Mahomes finished 25 of 40 for 318 yards and one touchdown. Meanwhile, Hill was held to six receptions for 58 yards. The Chiefs were forced to kick five field goals.

Following arguably the most controversial week of his young career, quarterback Drew Lock came up short for Denver.

The 24-year-old missed last week's game — along with the Broncos other three quarterbacks — for being a close contact after not wearing his mask for a brief period. Lock faced heavy criticism leading up to Sunday night and went 15 of 28 for 151 yards with two touchdowns and two interceptions. He had a chance to win the game down six with 1:04 remaining, but threw his second interception.

Gordon has near career day

Entering Sunday night, the Broncos were 21-0 in their 21 games when they had a 100-plus yard rusher. Melvin Gordon rushed for 105 in the first half and finished with 15 carries for 131 yards.

Gordon's career high was 196 yards against the Titans in 2016. His 131 yards Sunday was the highest of his Broncos career and the second time he's rushed for over 100 yards in his single season in Denver, rushing for 107 against the Jets in Week 4.

The Broncos played most of Sunday night’s game like Dutch kid Hans Brinker.